One of our favorite past traditions in Tennessee was lining Main Street with friends to cheer on passing high school bands and homemade floats on pickup trucks. 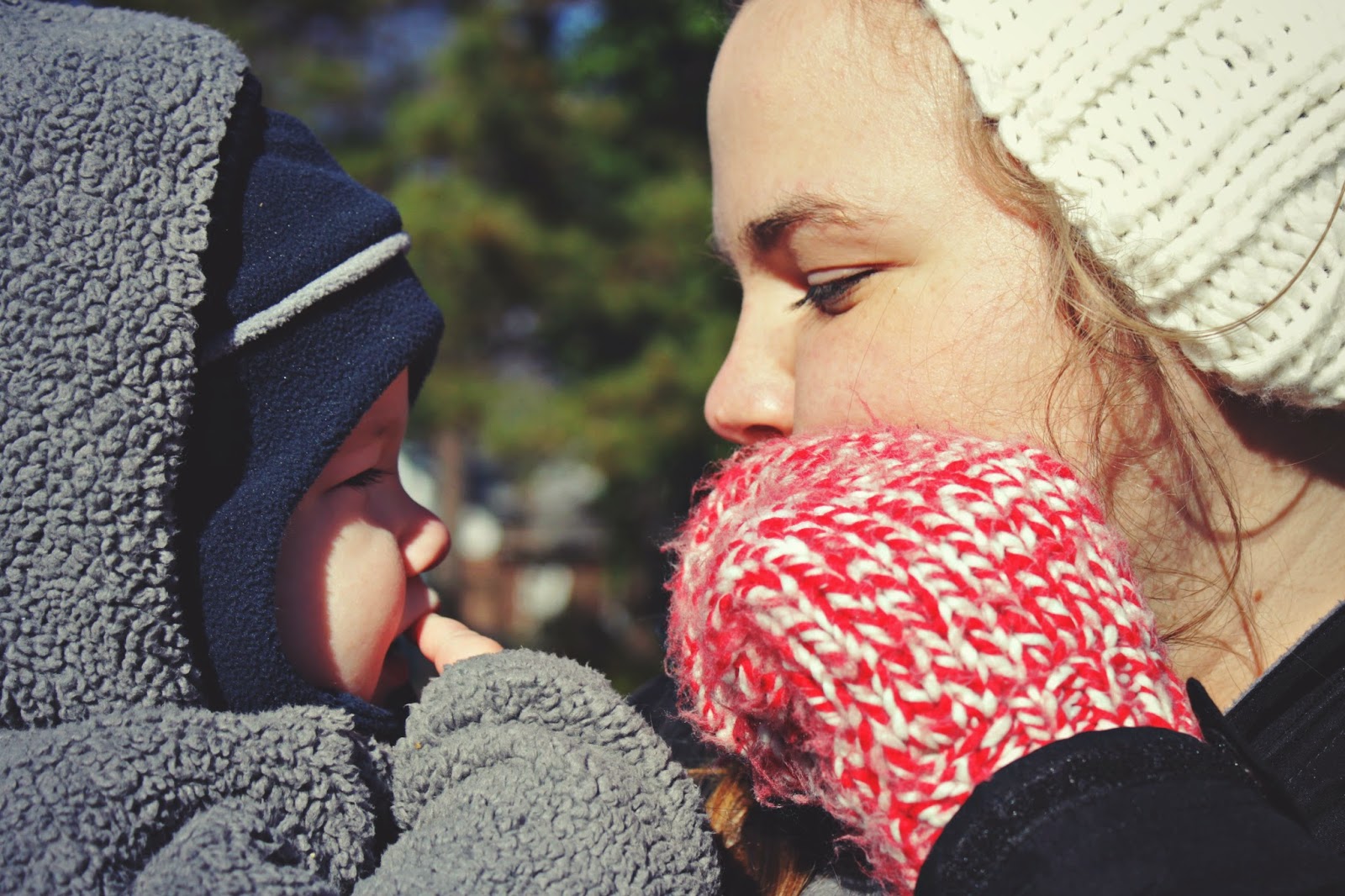 Meanwhile, DC's idea of a parade involves camping out 4 hours ahead of time to secure a glimpse of a passing cirque du soleil acrobat troupe and sitting in a traffic jam the rest of the day to leave the city. 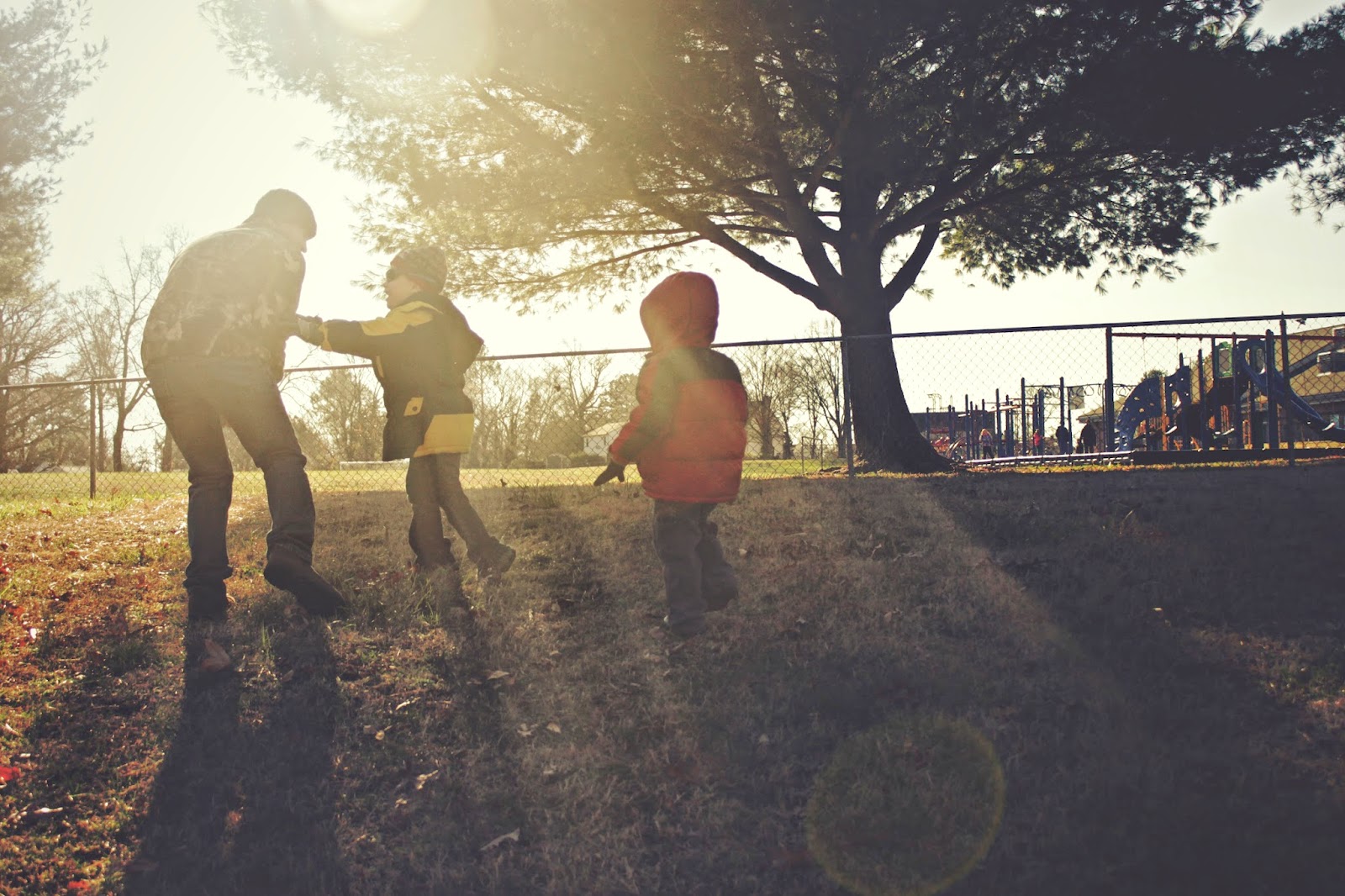 So when grandparents, aunts, and uncles were headed to a small town, Christmas parade tradition of their own, we were eager to tag along. 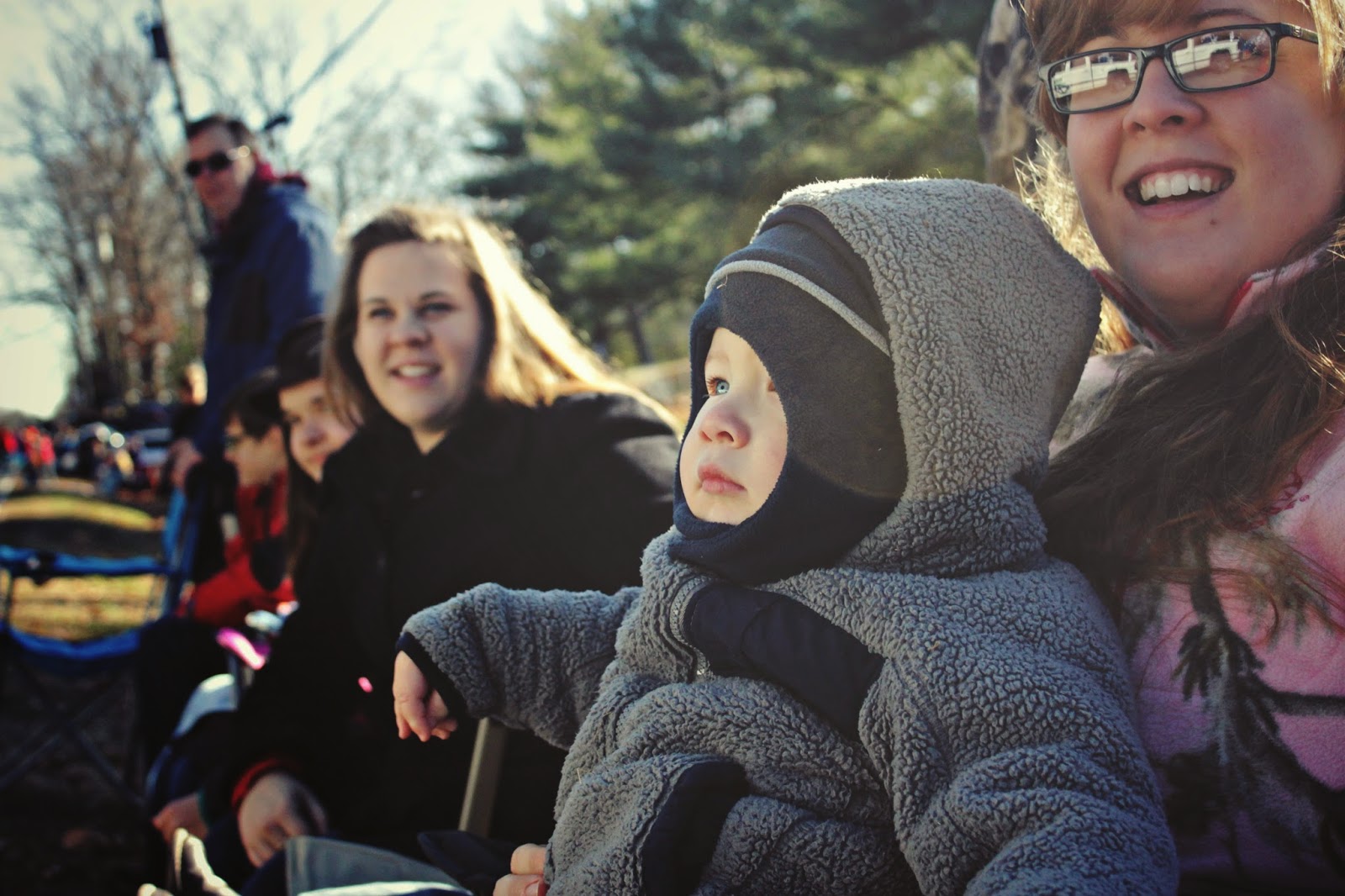 Boys ran and played, picnicked, and pushed it as close as they could to jumping over a stream without getting wet. 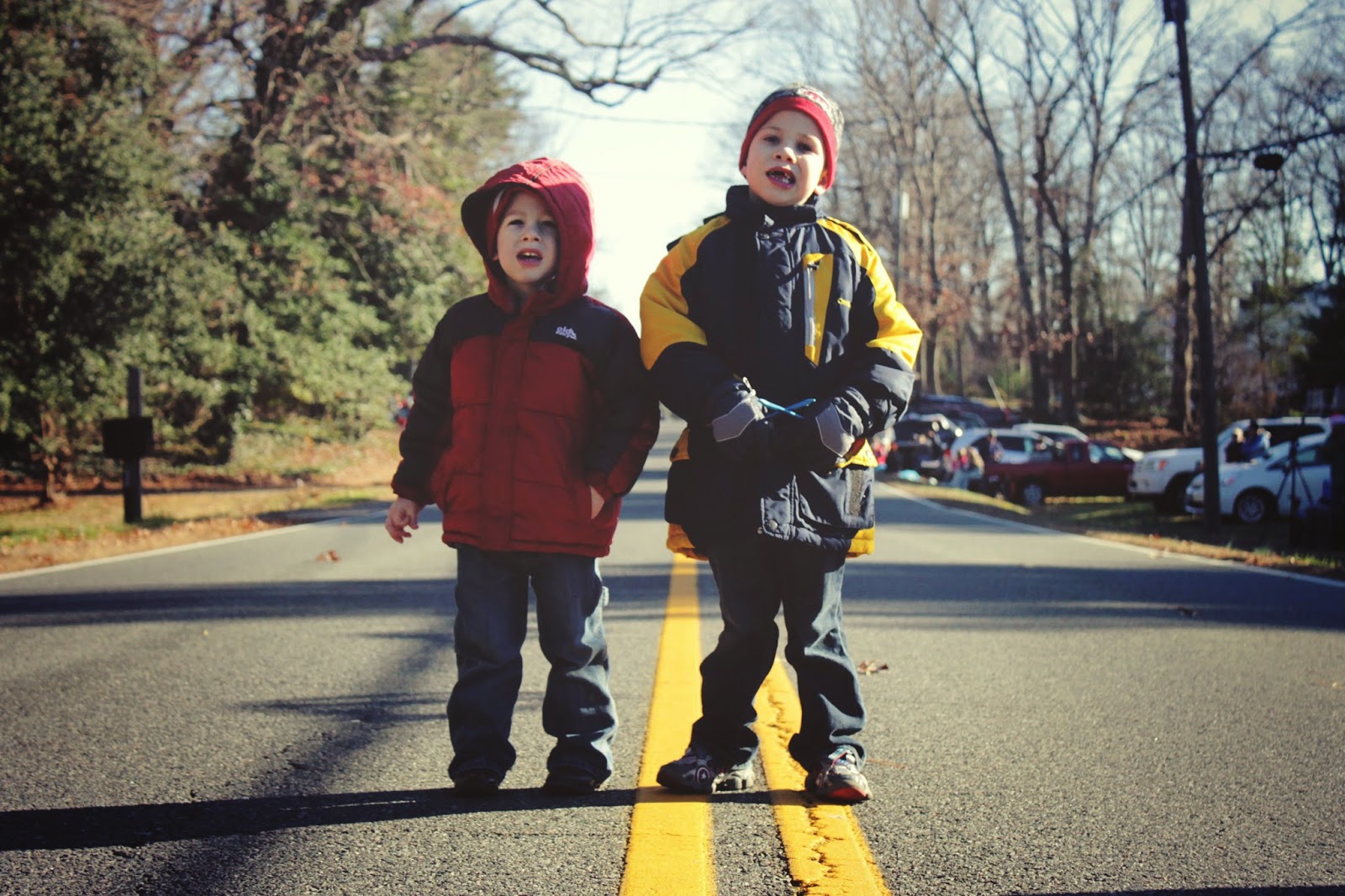 The highlight was playing in the closed two lane road before the parade began. 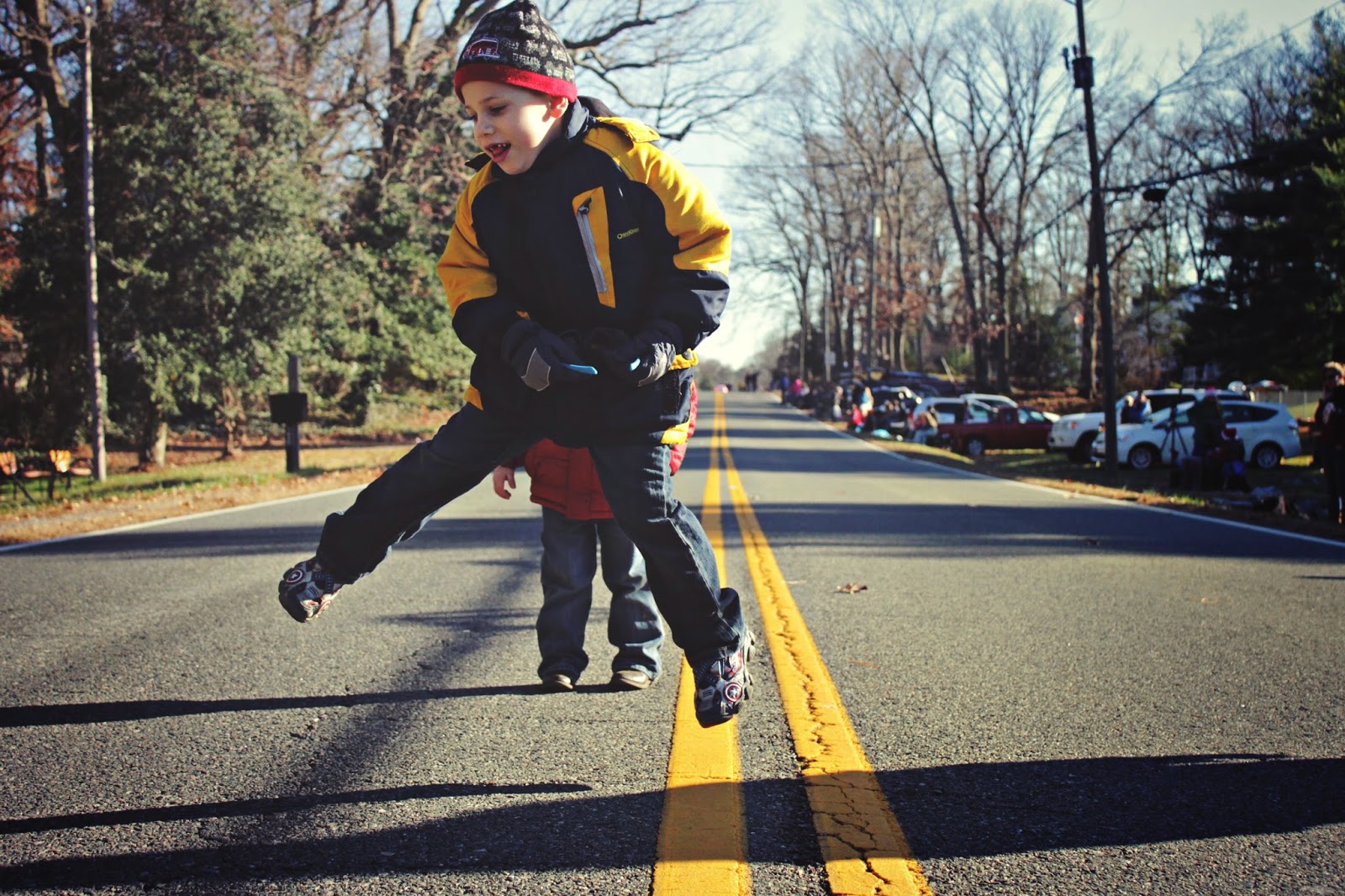 When else is Mom gonna give you permission to go crazy on the asphalt since she's usually hollering to get back from the road. 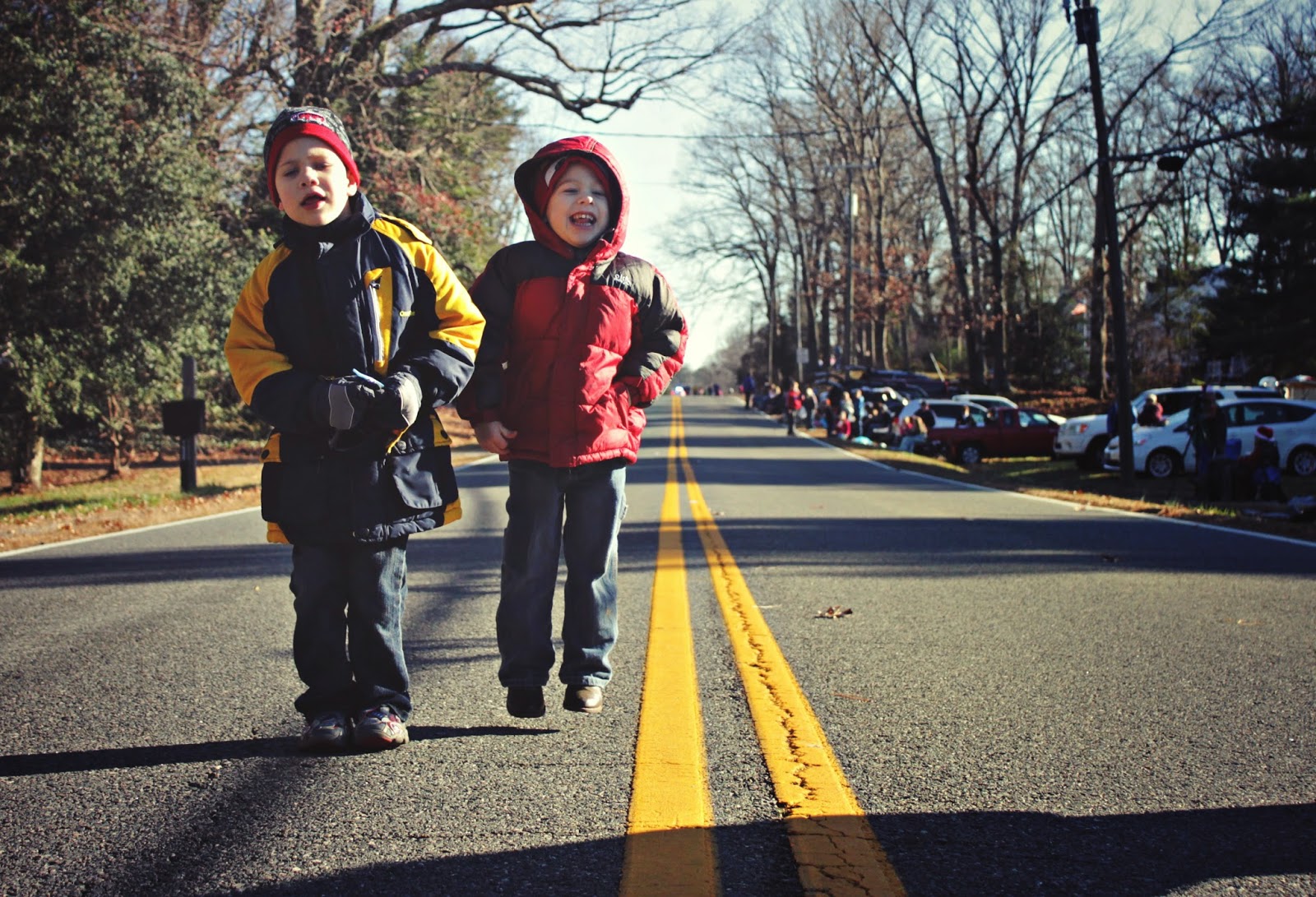 So after jumping, running, and holding a mock parade of their own we bundled up and huddled up together to cheer on the parade. 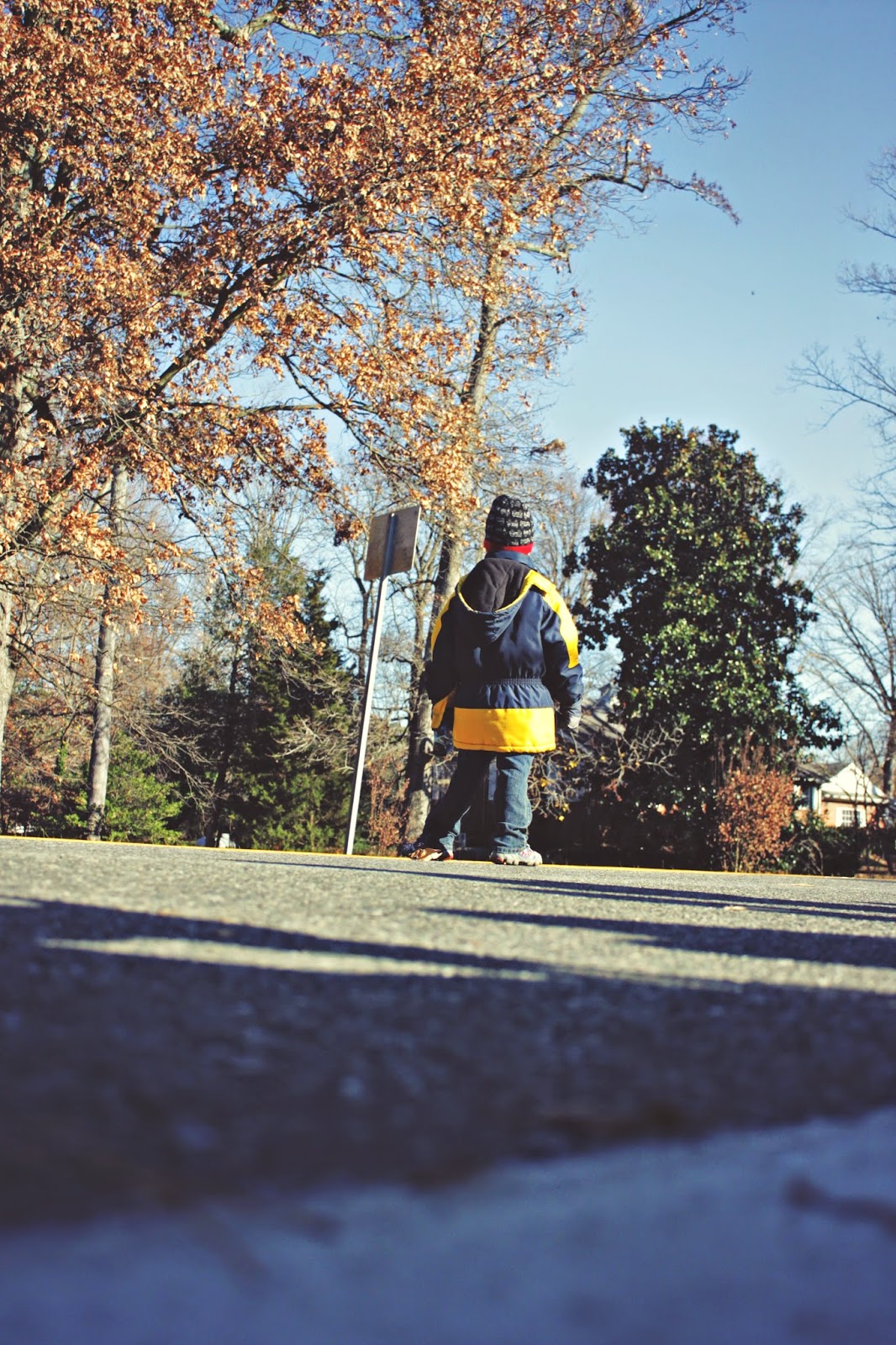 And the hometown parade was perfect, in every small town Christmas way. 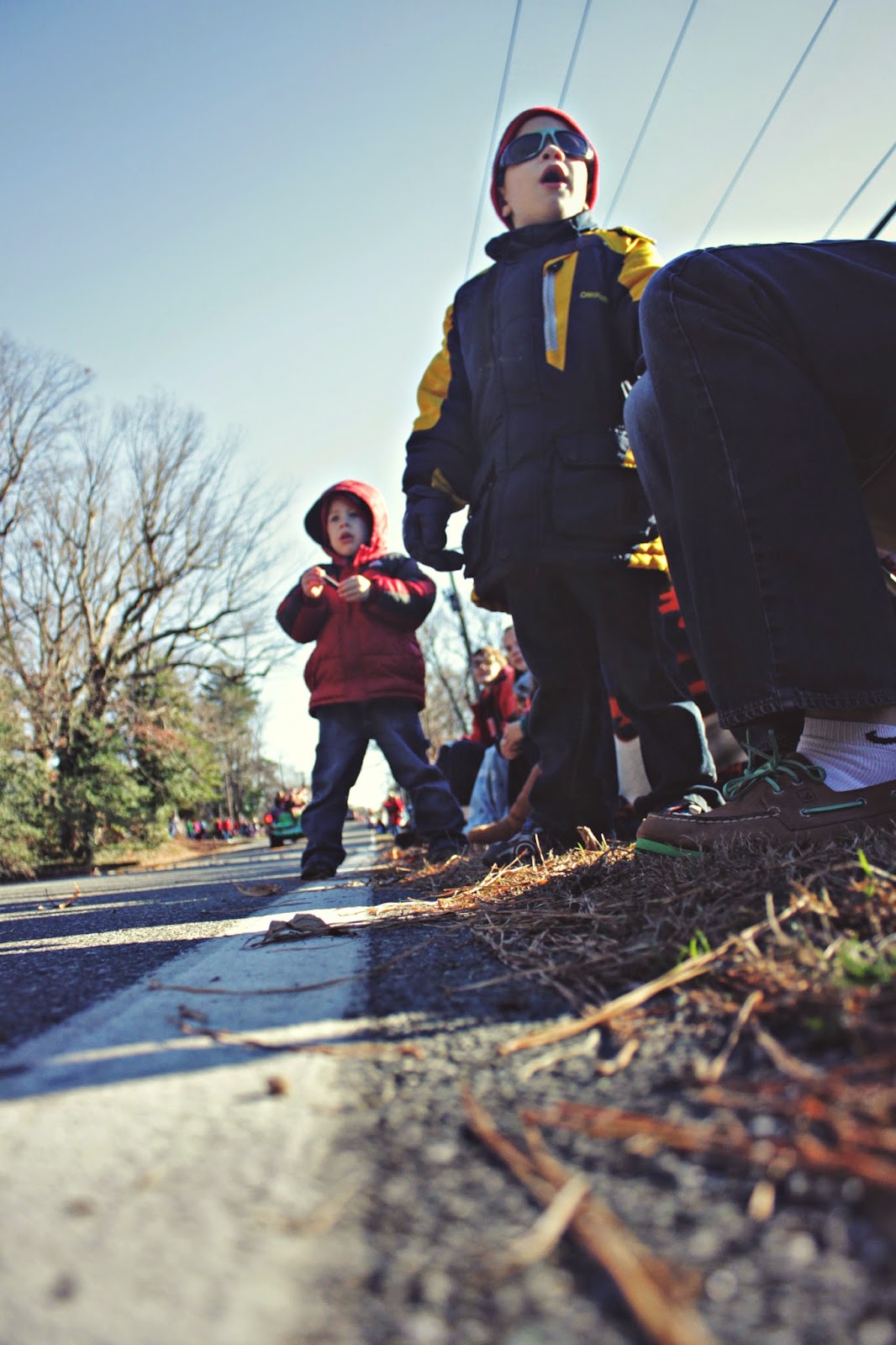 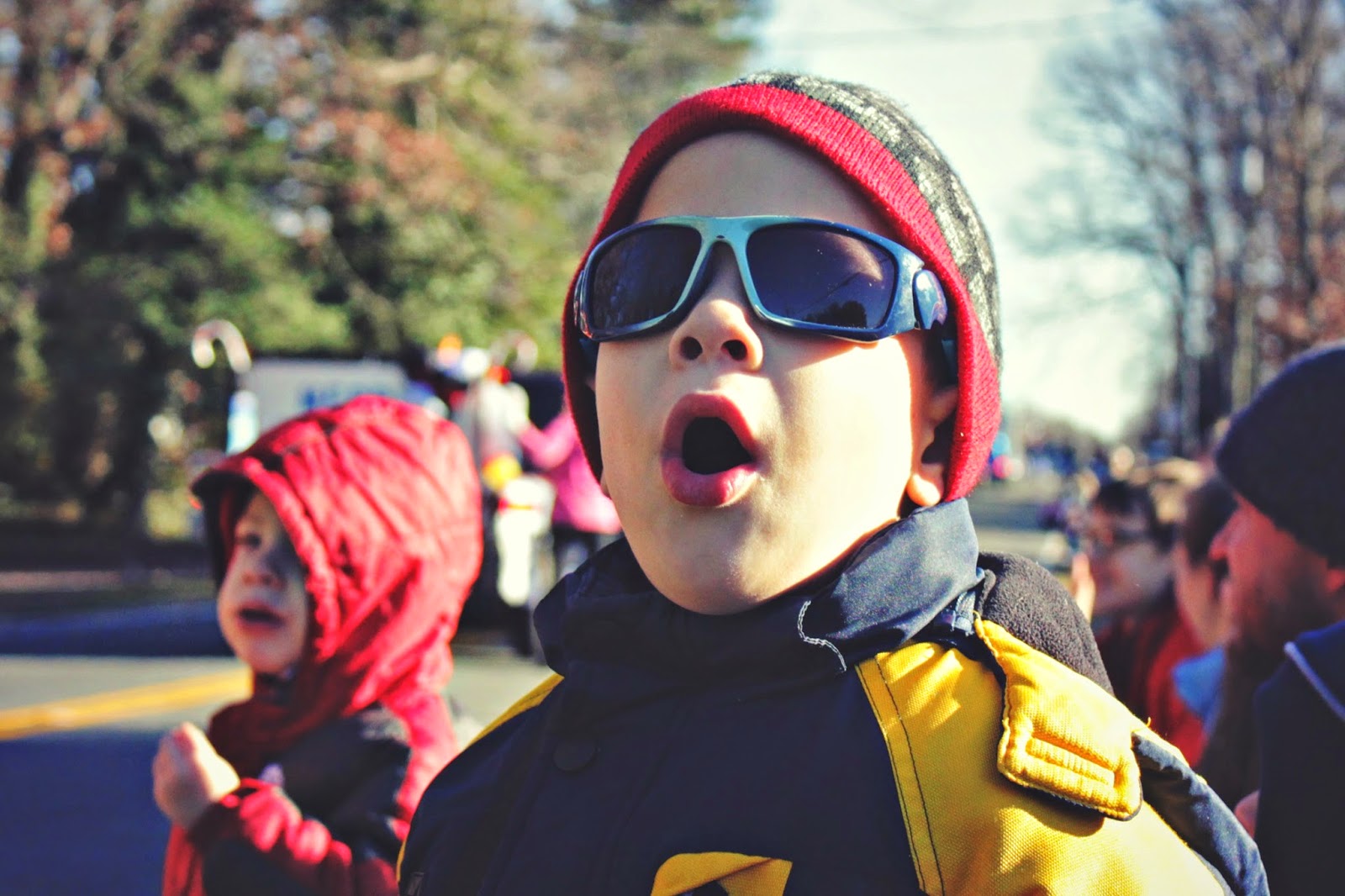 Harrison got invited to join a baseball team, Jefferson ate his weight in candy canes, and Wilson scored fans with his loud "Merry Christmas!" greeting. 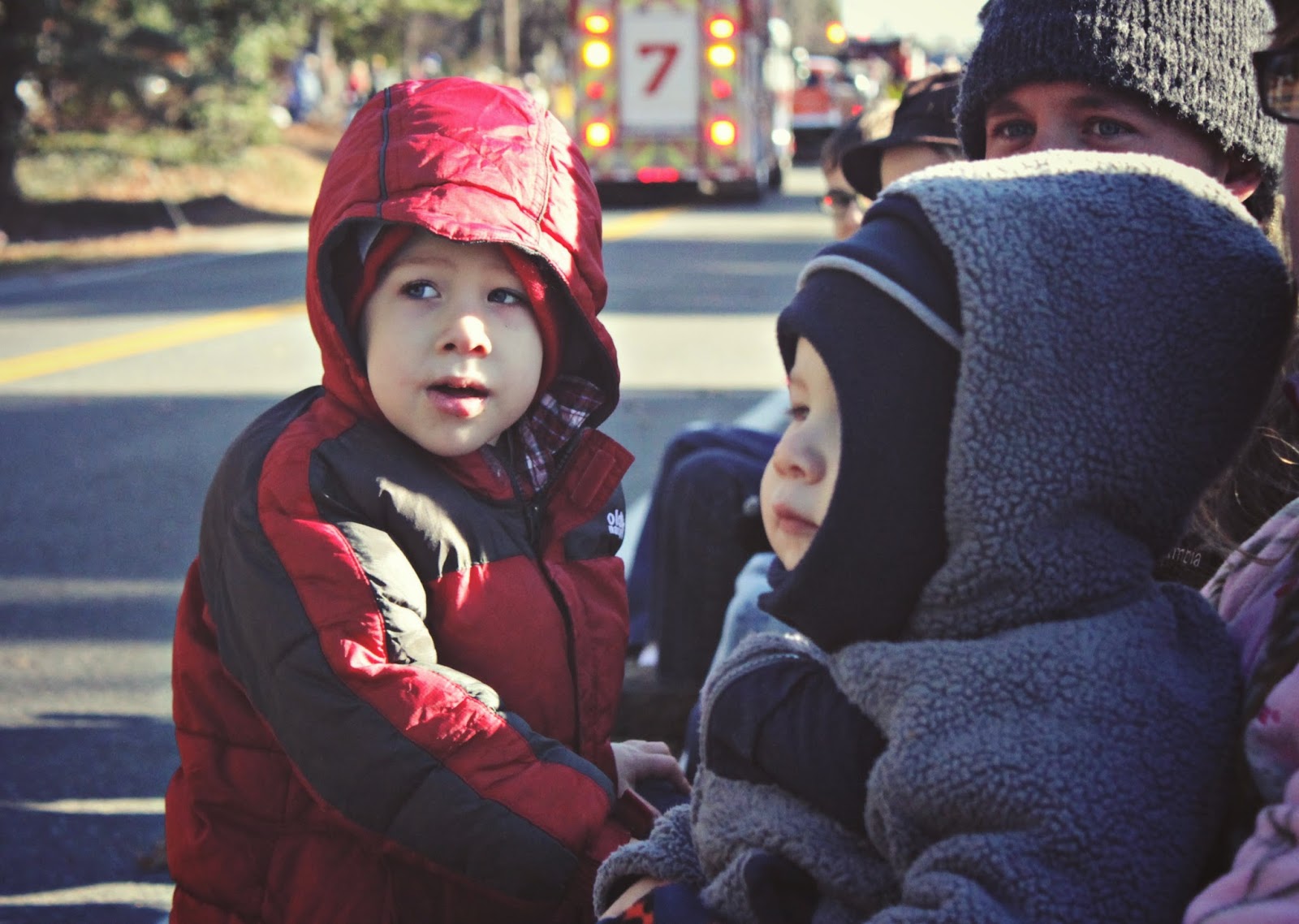 Muscle cars, nativity floats, karate students, and marching bands with even more candy throwing all wrapped up with a Santa appearance in a bucket and ladder truck. 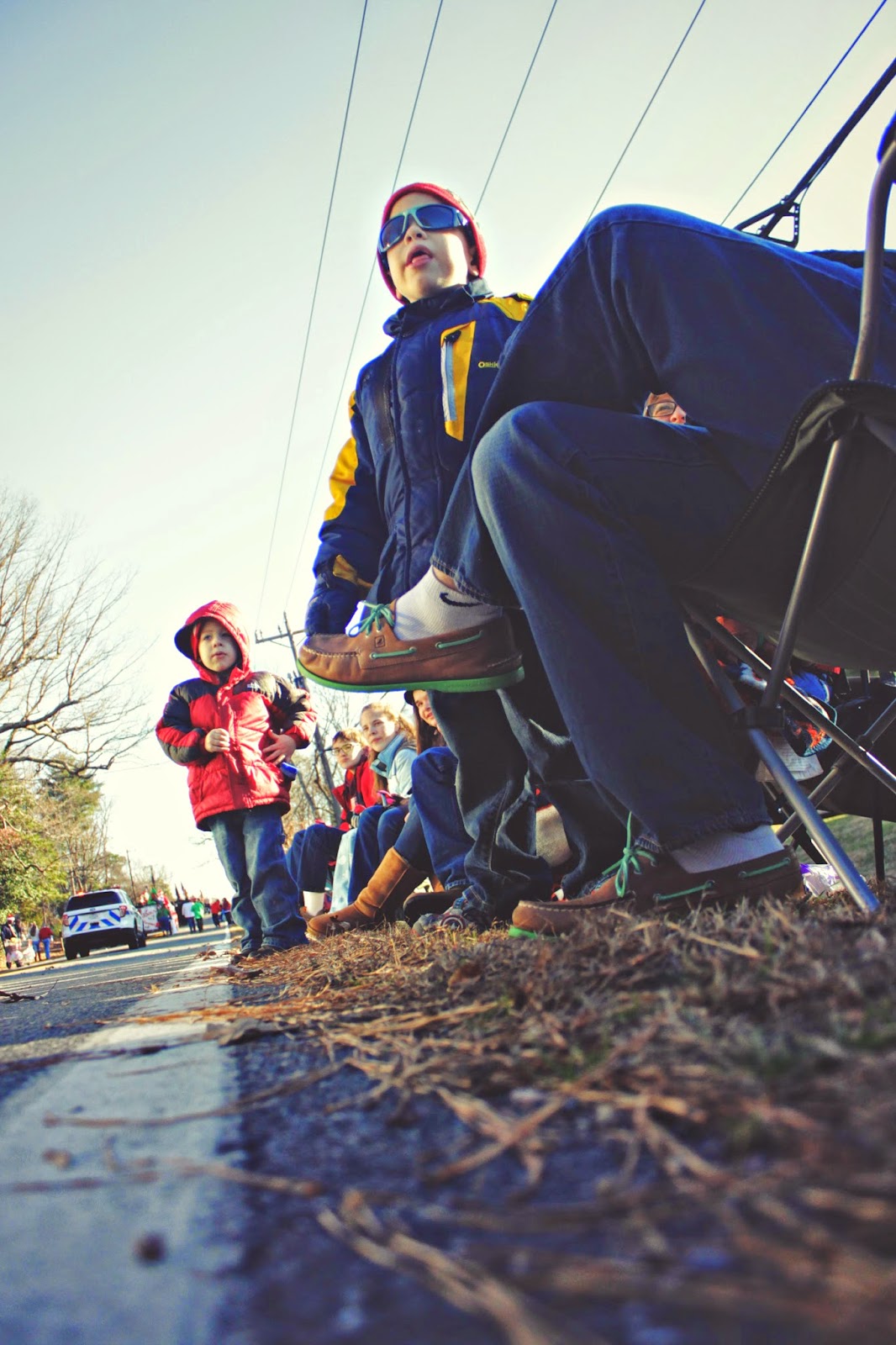 And leave it to my boys to completely overlook the jolly man in red for the excitement of seeing the giant ladder firetruck, completely convinced it was a Transformer...boys :)
Labels: Family Holidays Traditions