Nothing like taking boys to a ripe hunting ground of competitive opportunities to watch personalities, talents, and sugar addictions come out. 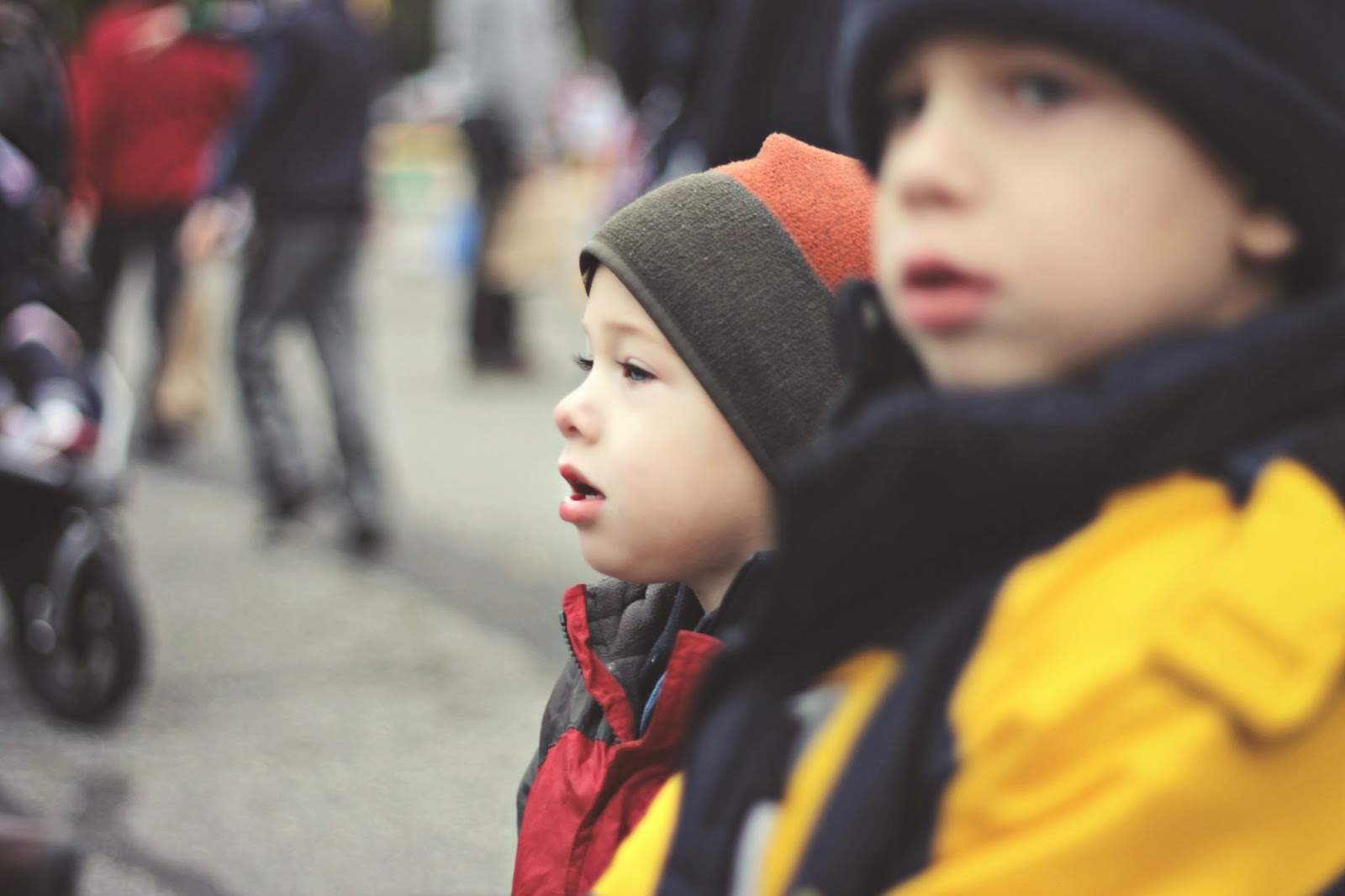 Of course the opportunity for fun, games, and candy fell on one of the coldest nights of the year we had so far. 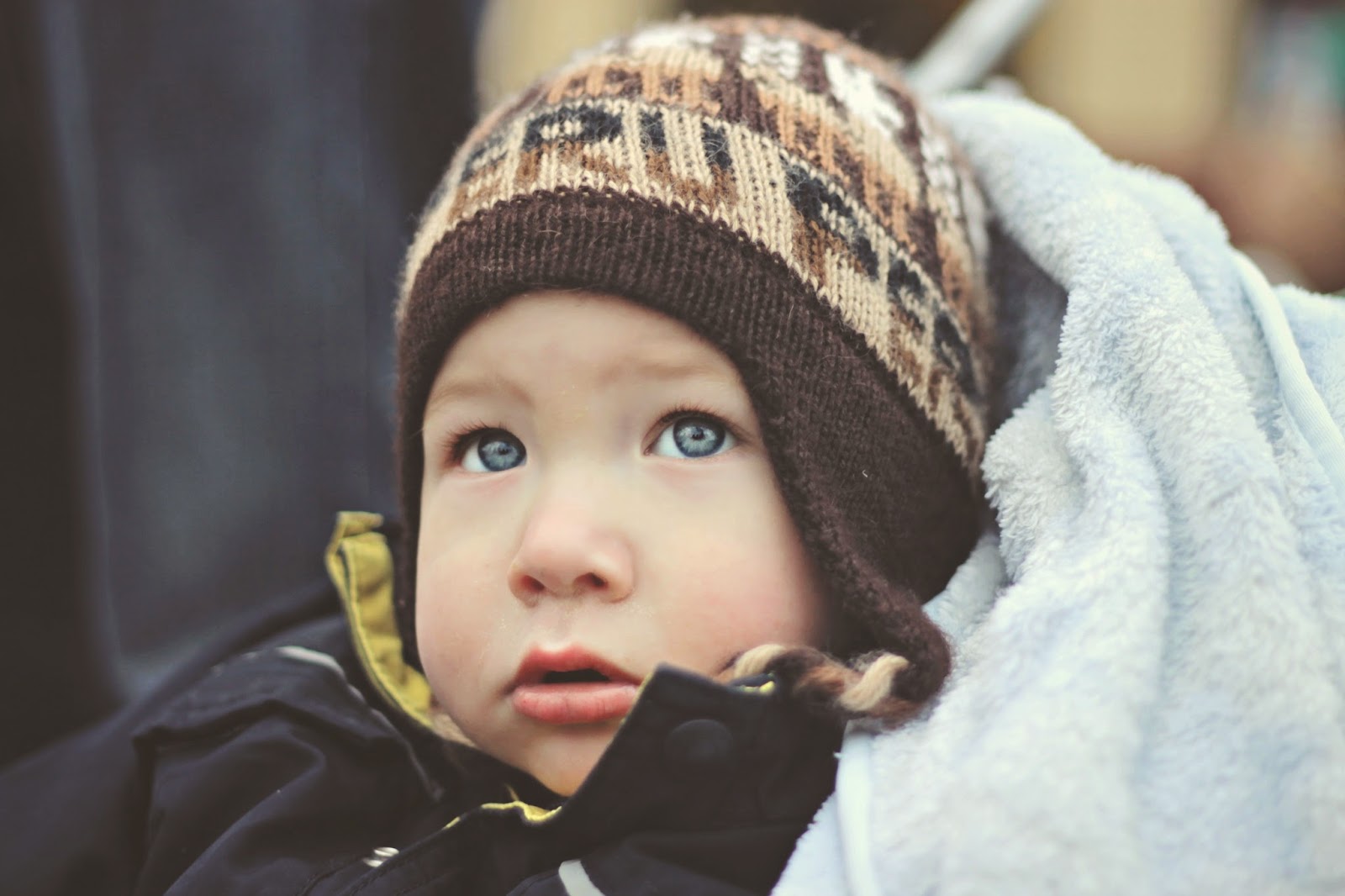 So we bundled up enough to make people in Minnesota laugh at our cold weather sissiness and hit the festival fun. 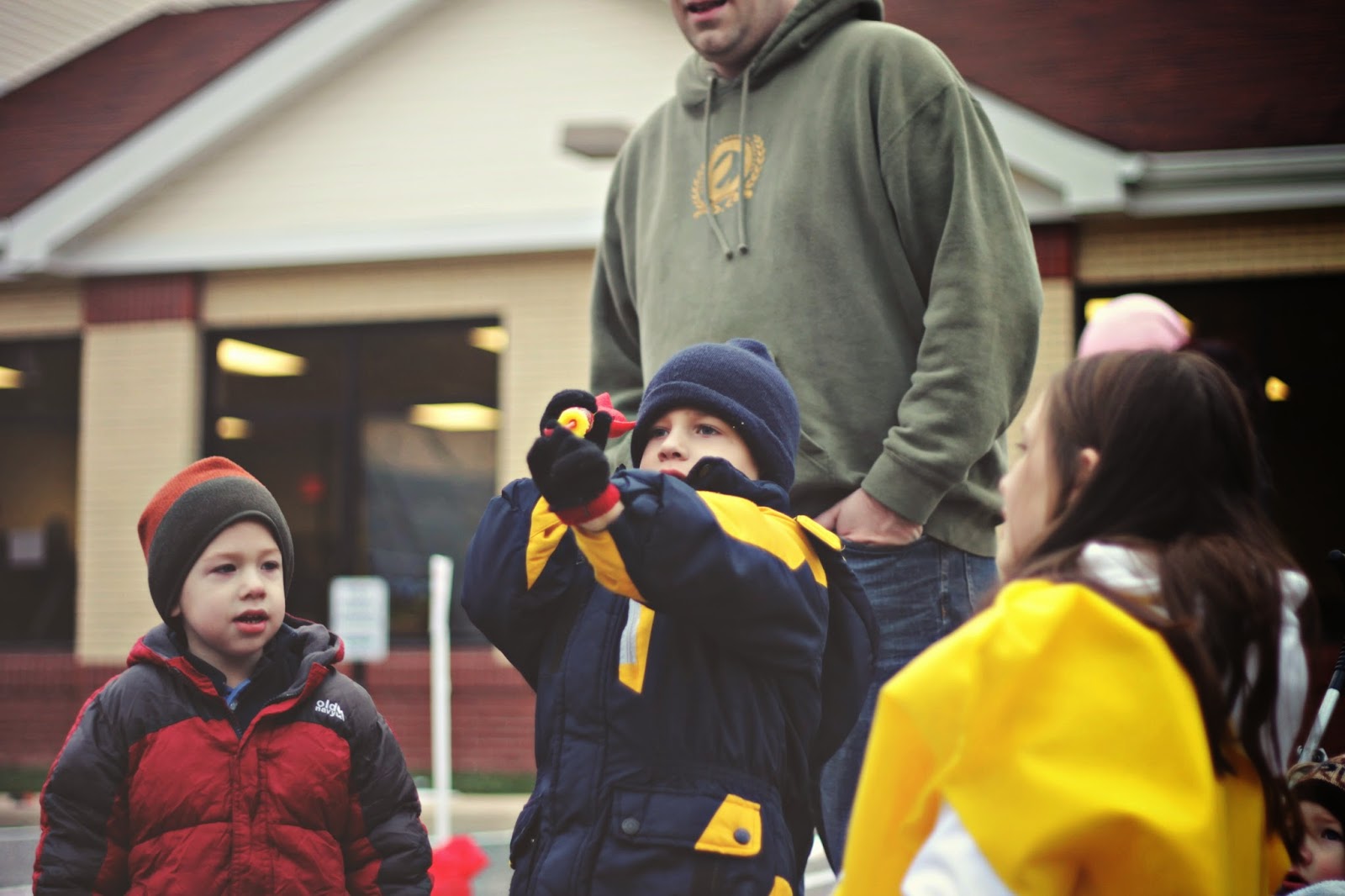 And we learned a lot about these little men, who are growing way too fast, but that's besides the point. 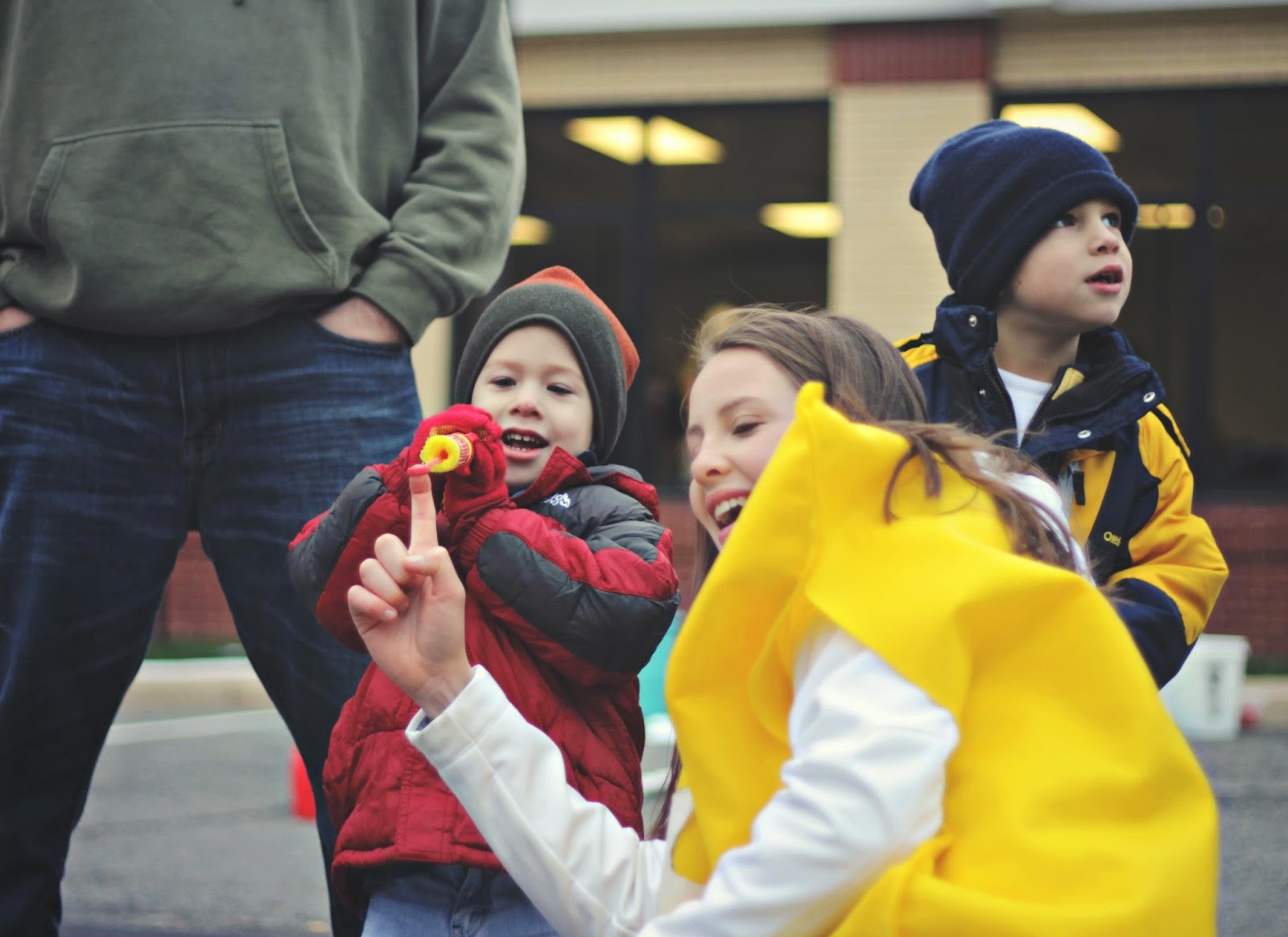 We learned their competitive nature is alive and strong even beyond the imaginary contests around the house. 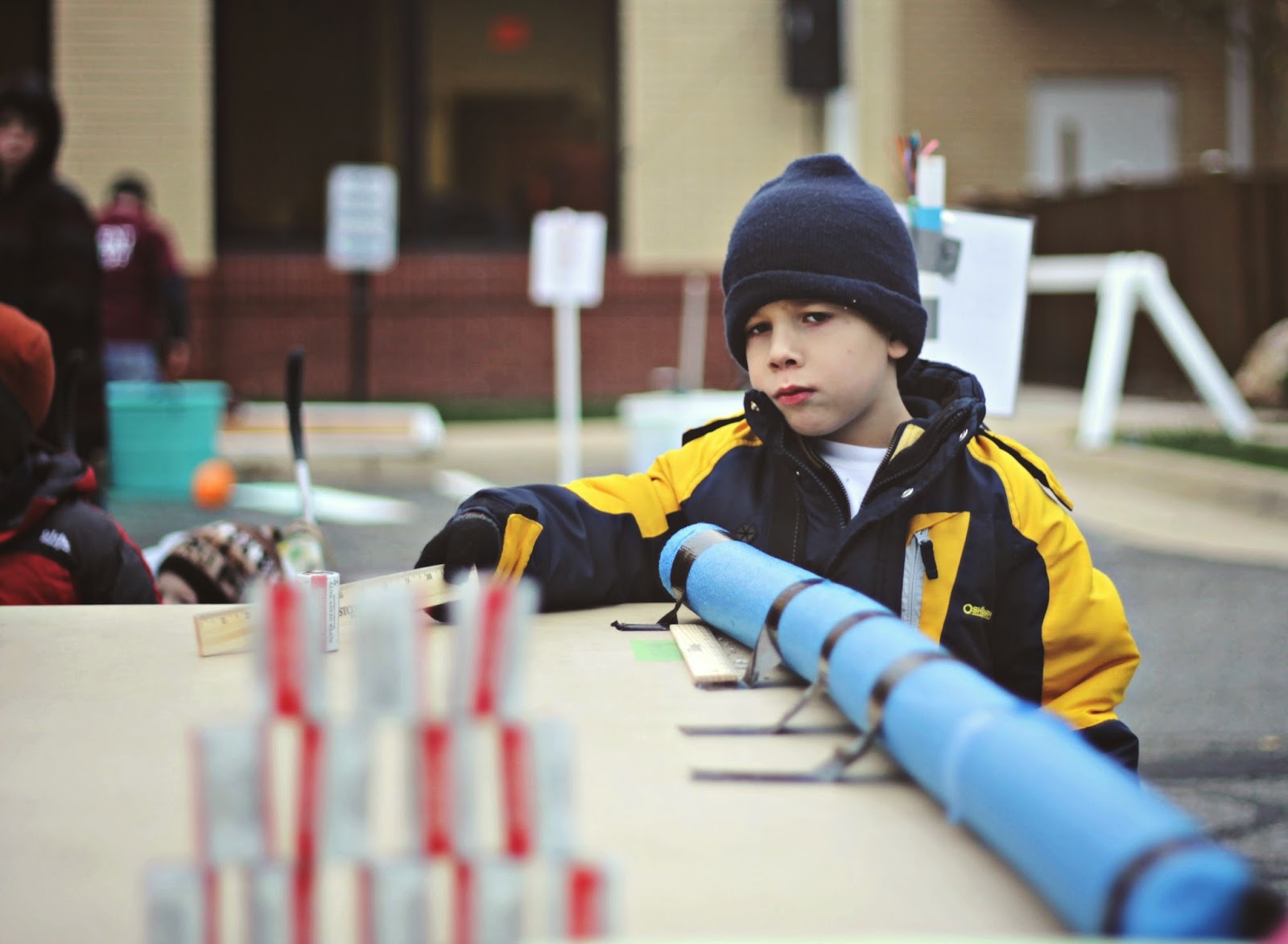 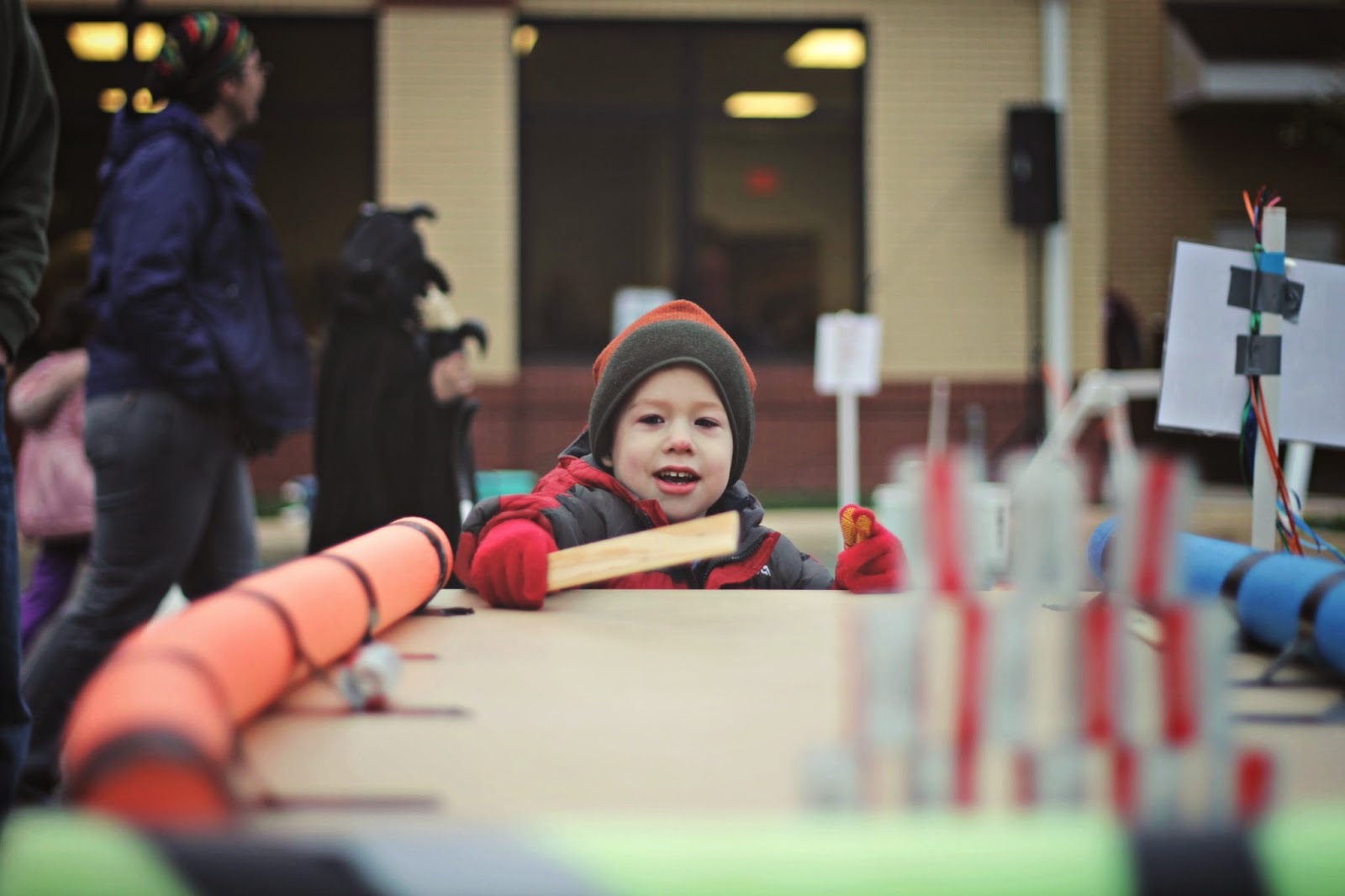 We saw victory dances enough to rival NFL wide receivers in the end zone and cheers and chants enough to start a pep club. 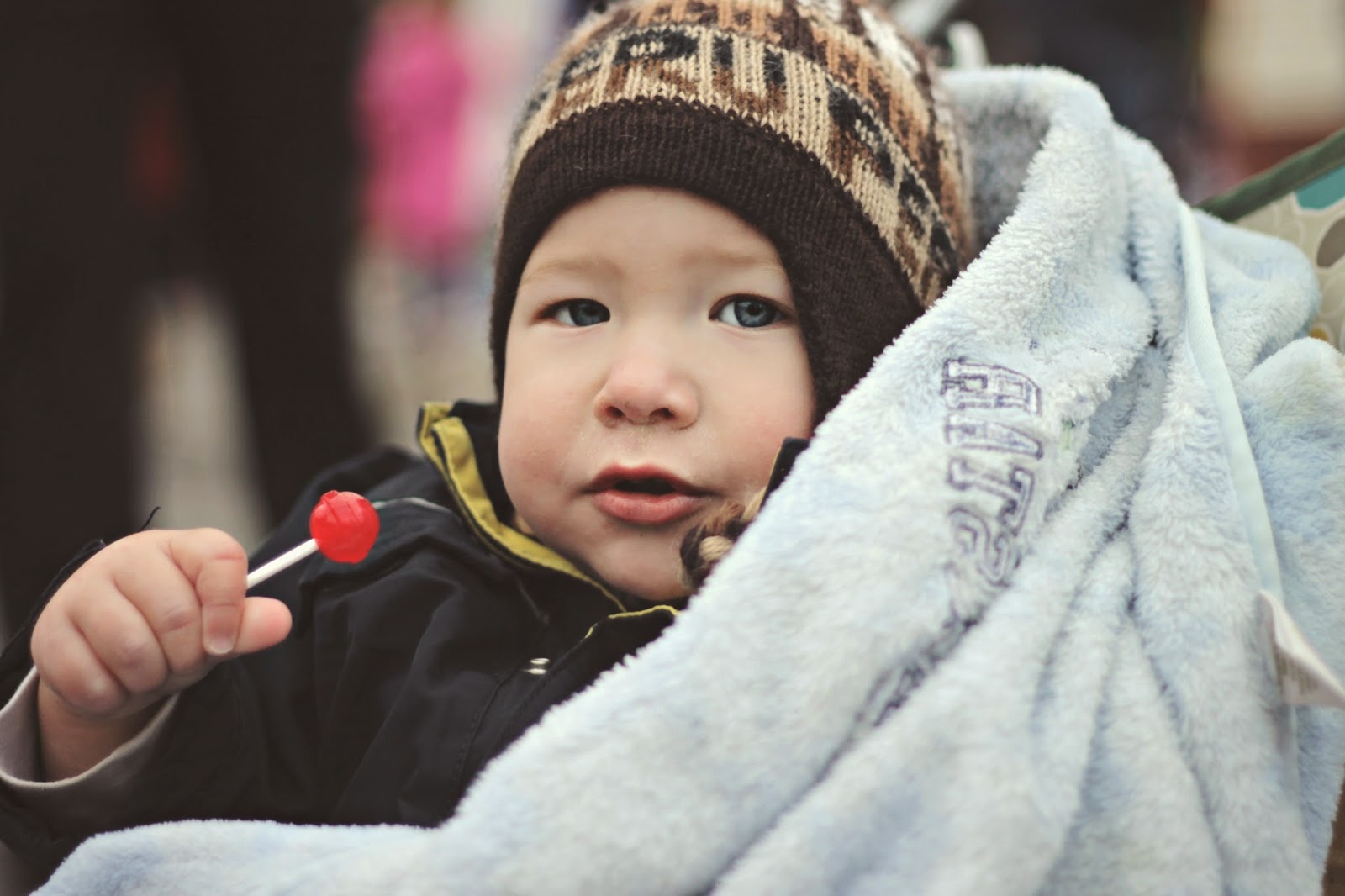 Wils didn't care too much about the saga of carnival frivolity as long as he had something sweet and sticky near his lips. 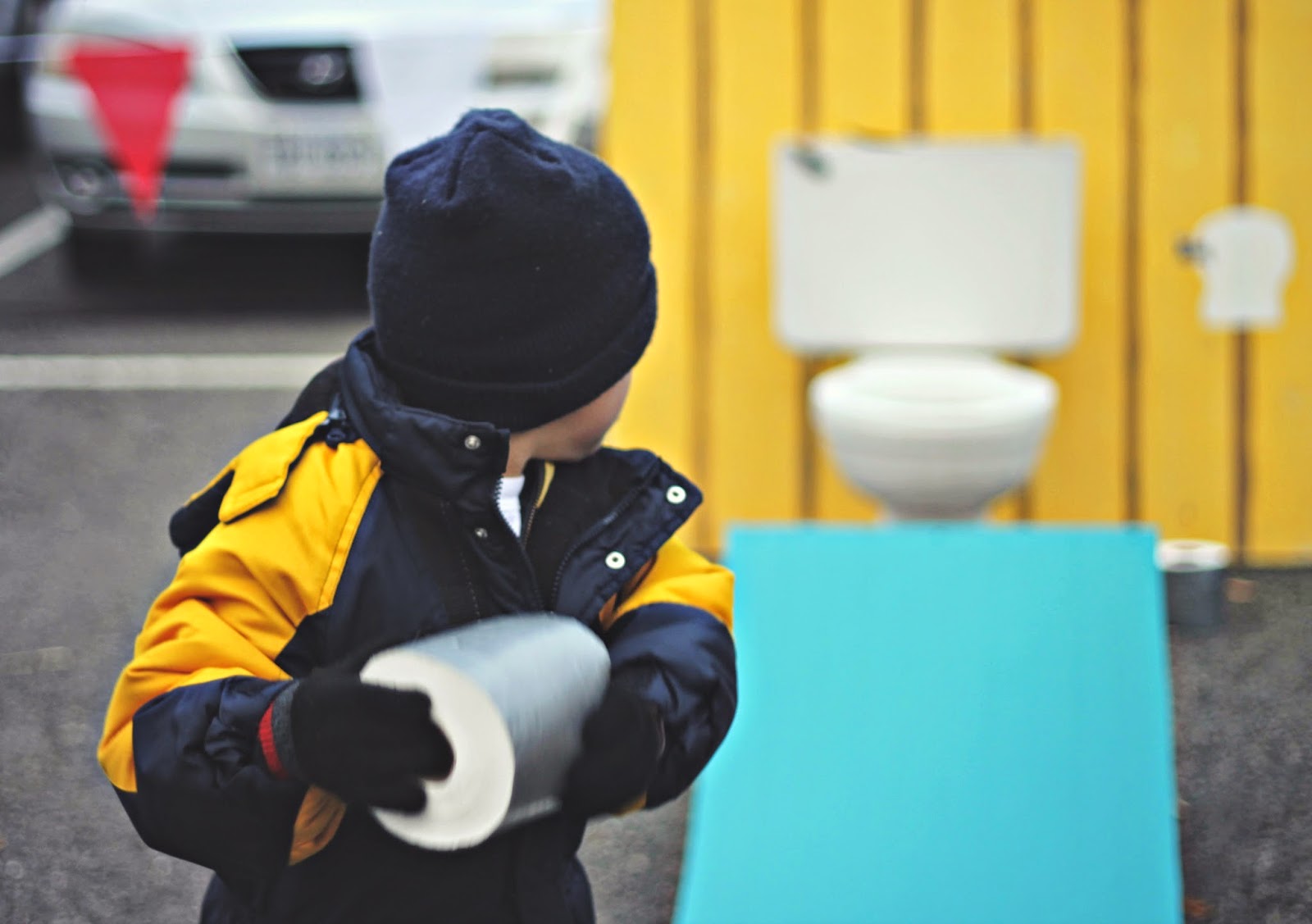 But even with the silent "one-upping" and "outdoing" I was proud to see it all in good nature. 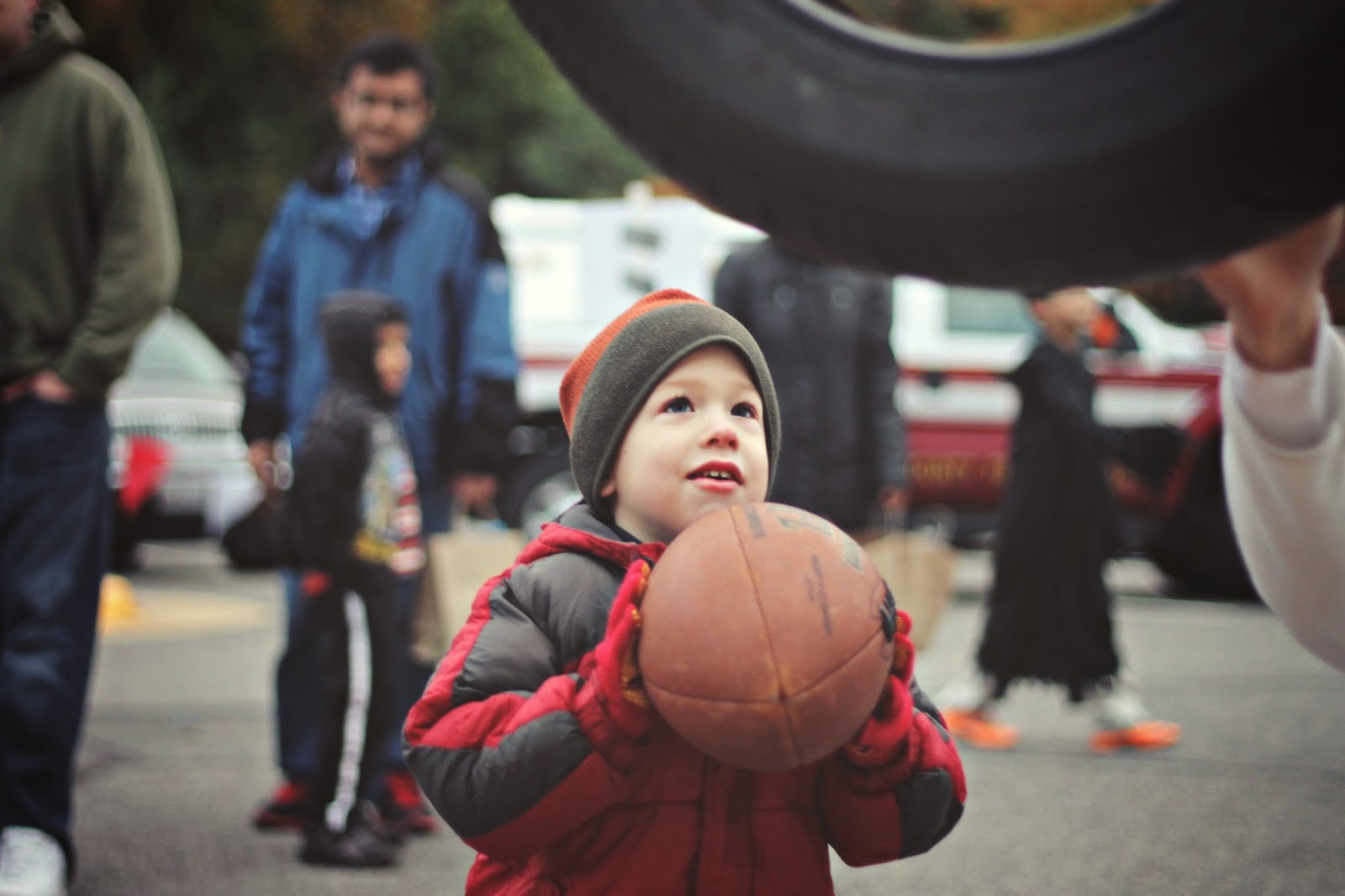 Because along with the competition came encouragement and pride in their brother's attempts at nailing his shot. 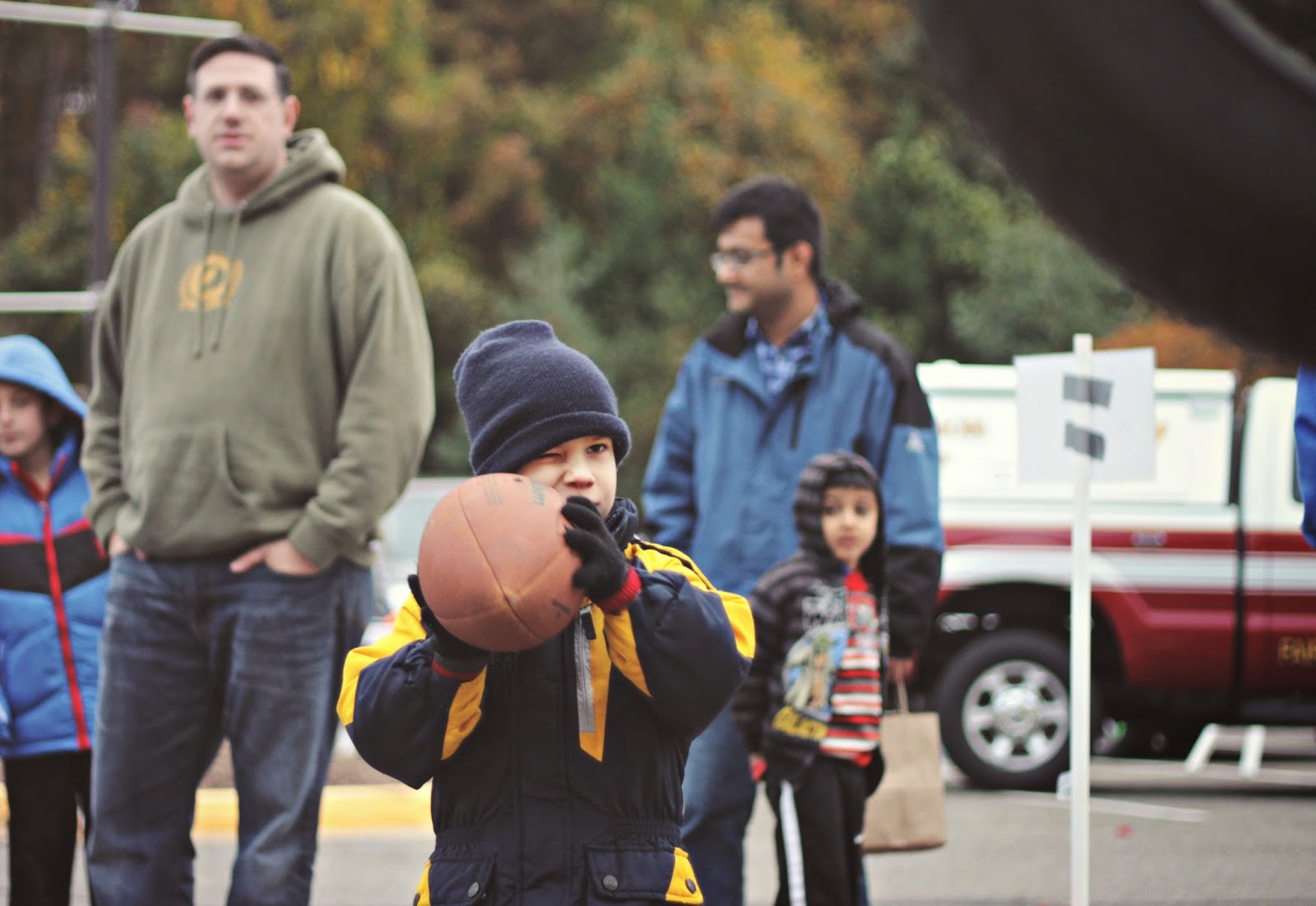 And while Harrison's passion may not be kicking a football through the posts, he sure has a deadly accuracy with his football aim. 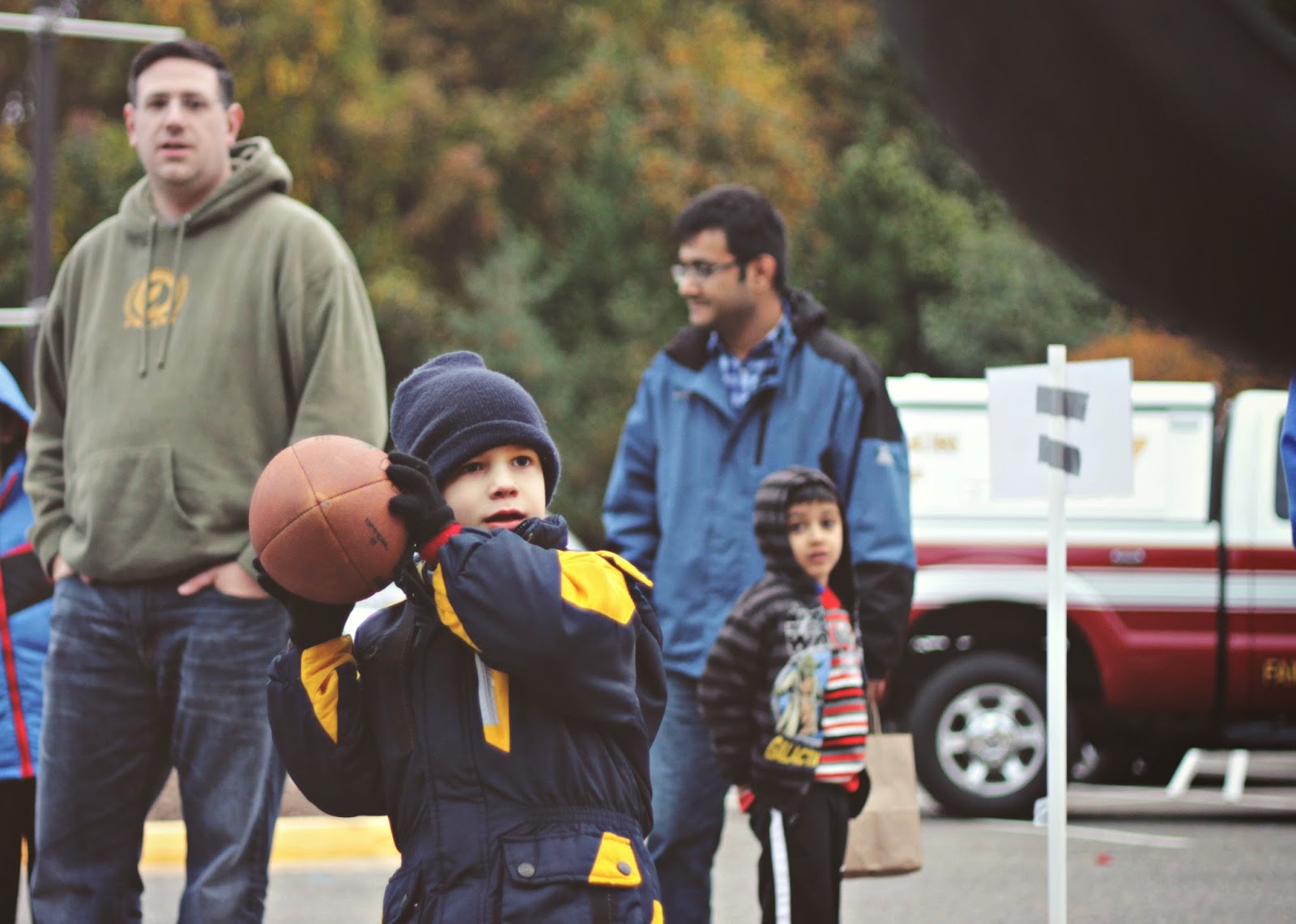 He threaded that pigskin through an old tire out throwing the loud show-off bunch of teenagers ahead of him. 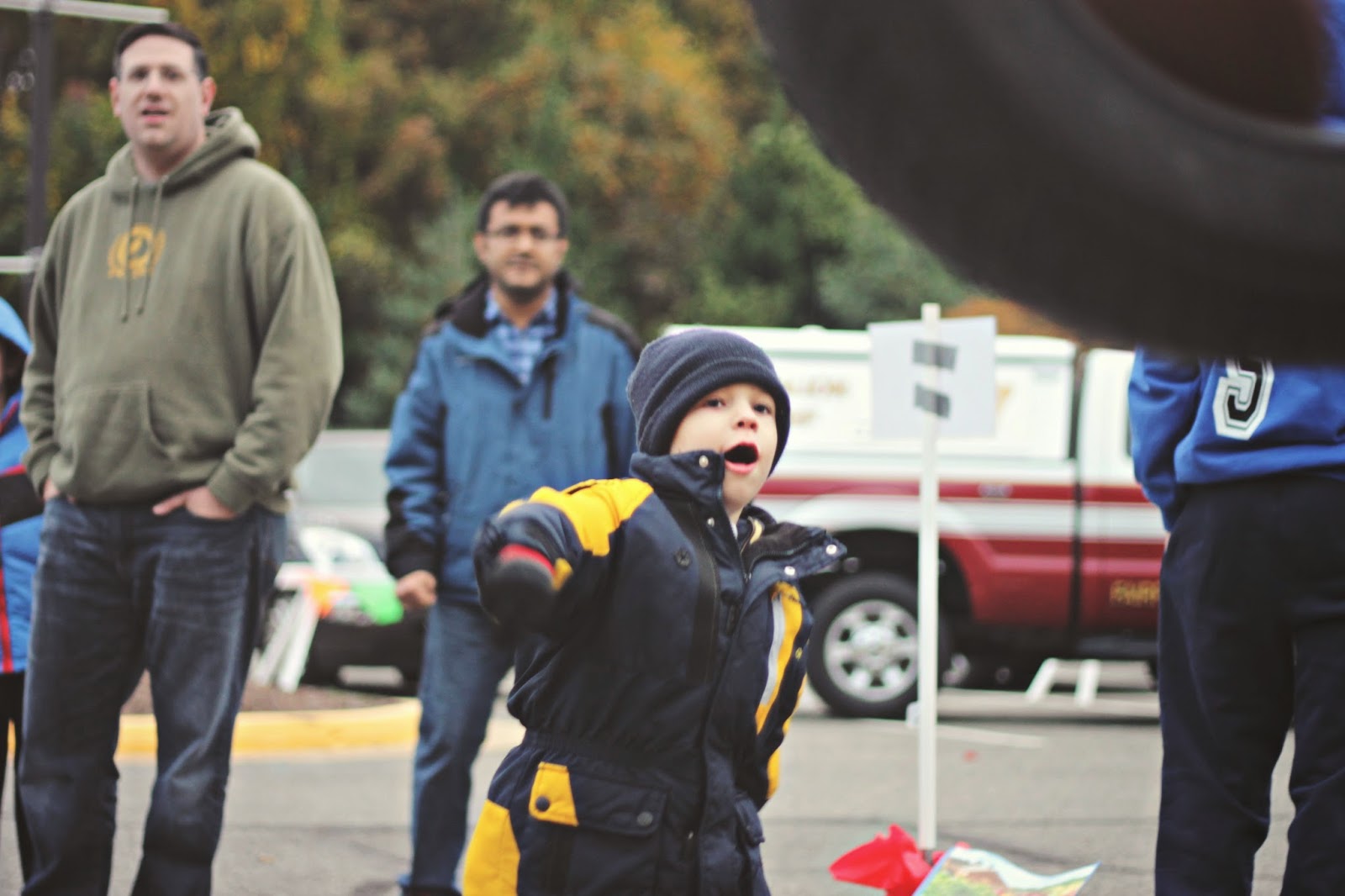 And while Jefferson may not be quite the arm his big brother is, at least yet, his kick sure surpassed the same group of cocky teens leaving stares as he picked his sugary reward. 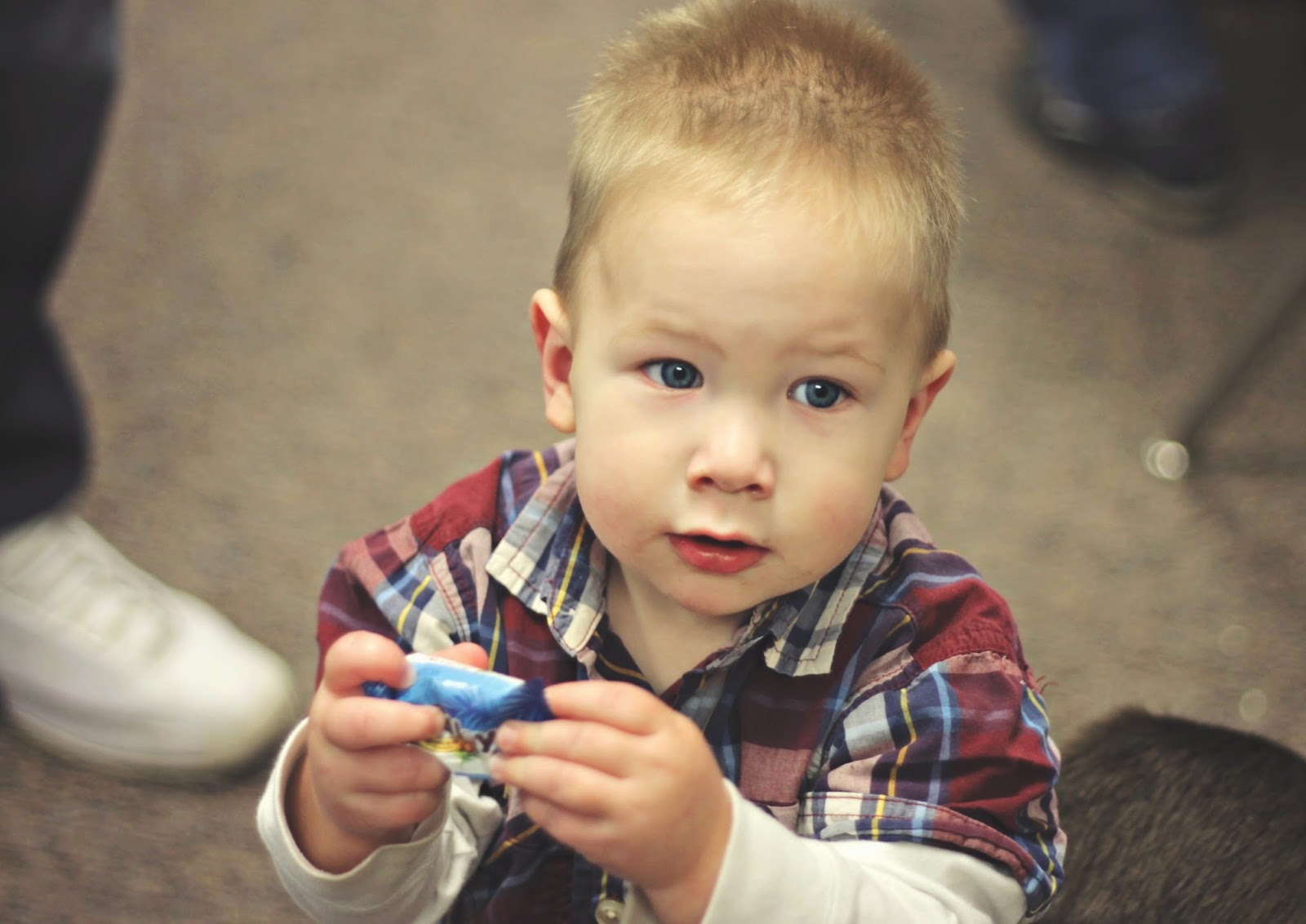 And I saw competing brothers clap each other on backs and offer praises of "well done" in genuine congratulations. 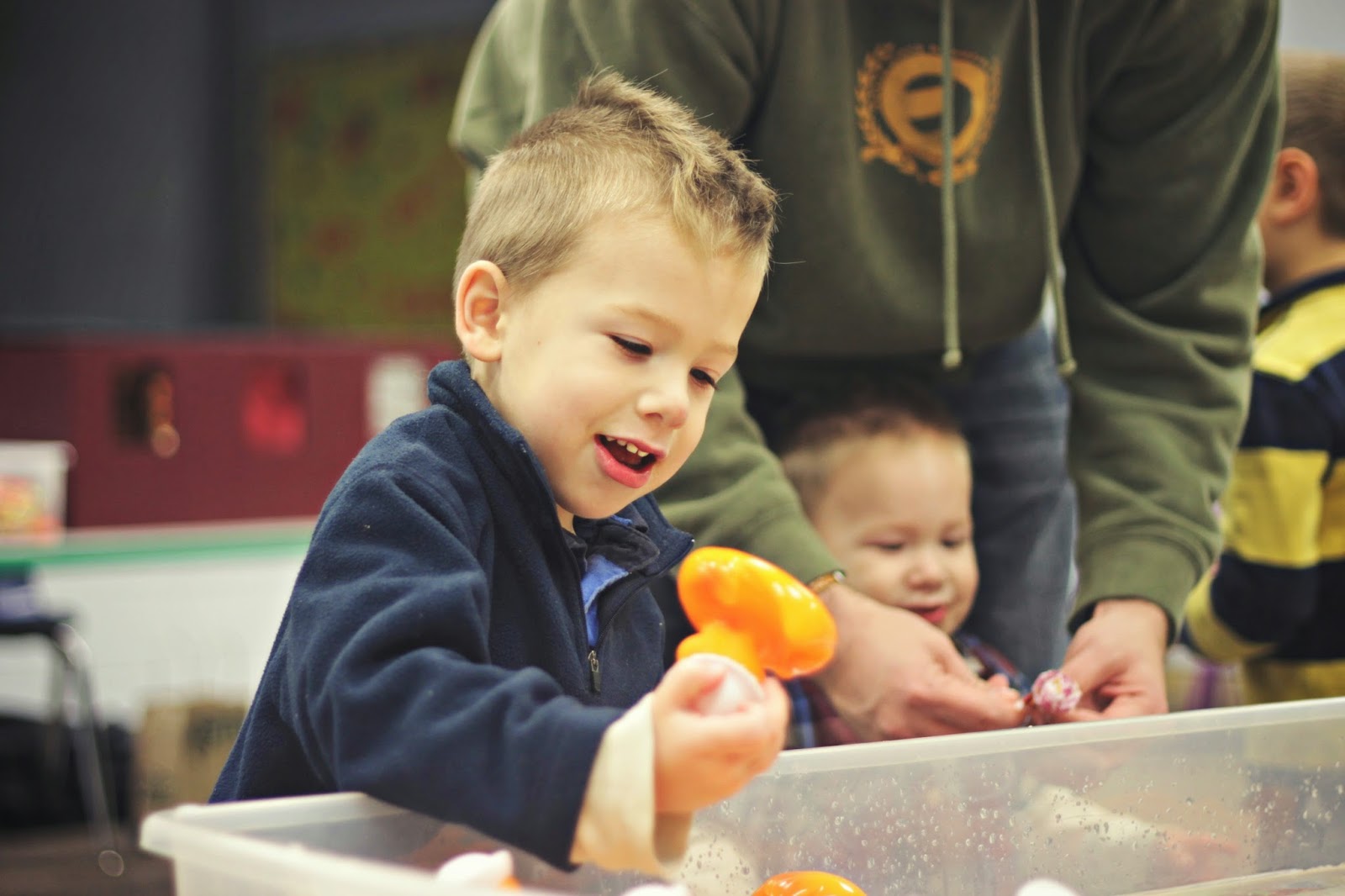 So a little competition around here is no big deal, it's healthy, it's good for them as they sharpen each other in bettering themselves. 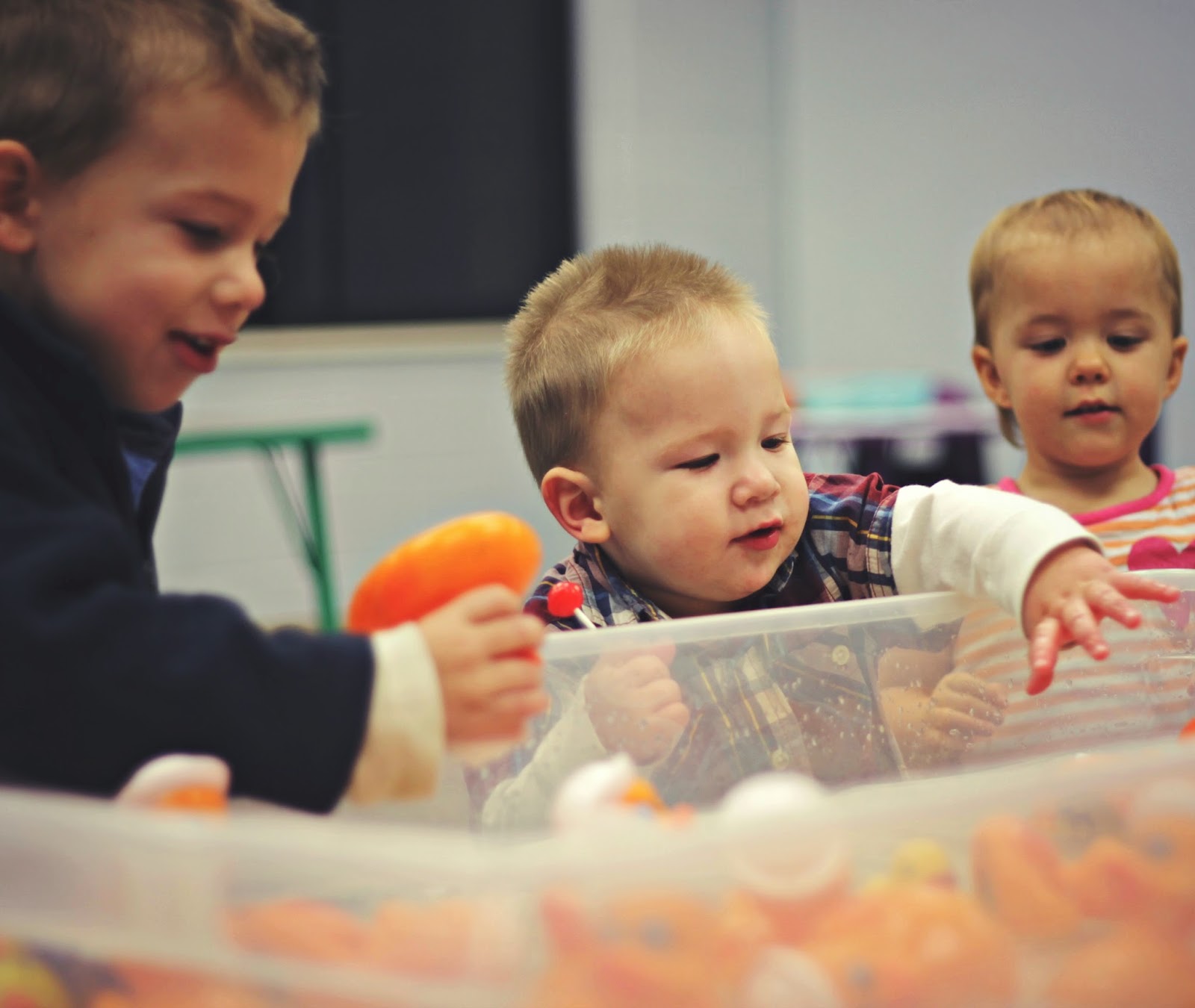 But what's even better to me was watching the "team" mentality grow as well, identifying the other brothers as being on "their side." 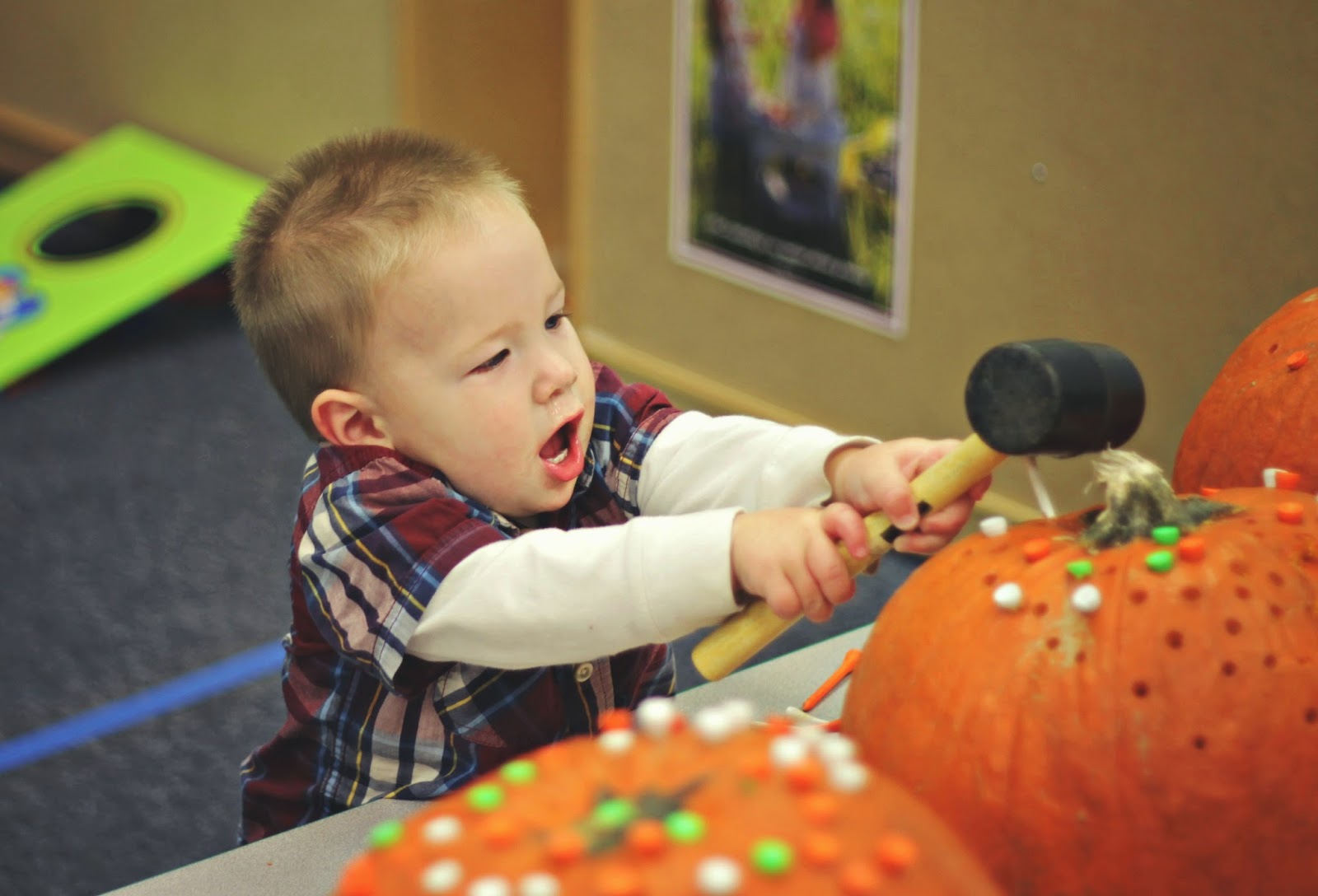 Those comradery moments seem few and far between at times, but we can build on this, this knowledge that no matter how many dragged out, kicked down fights and squabbles they get into, they know their brothers are there for them. 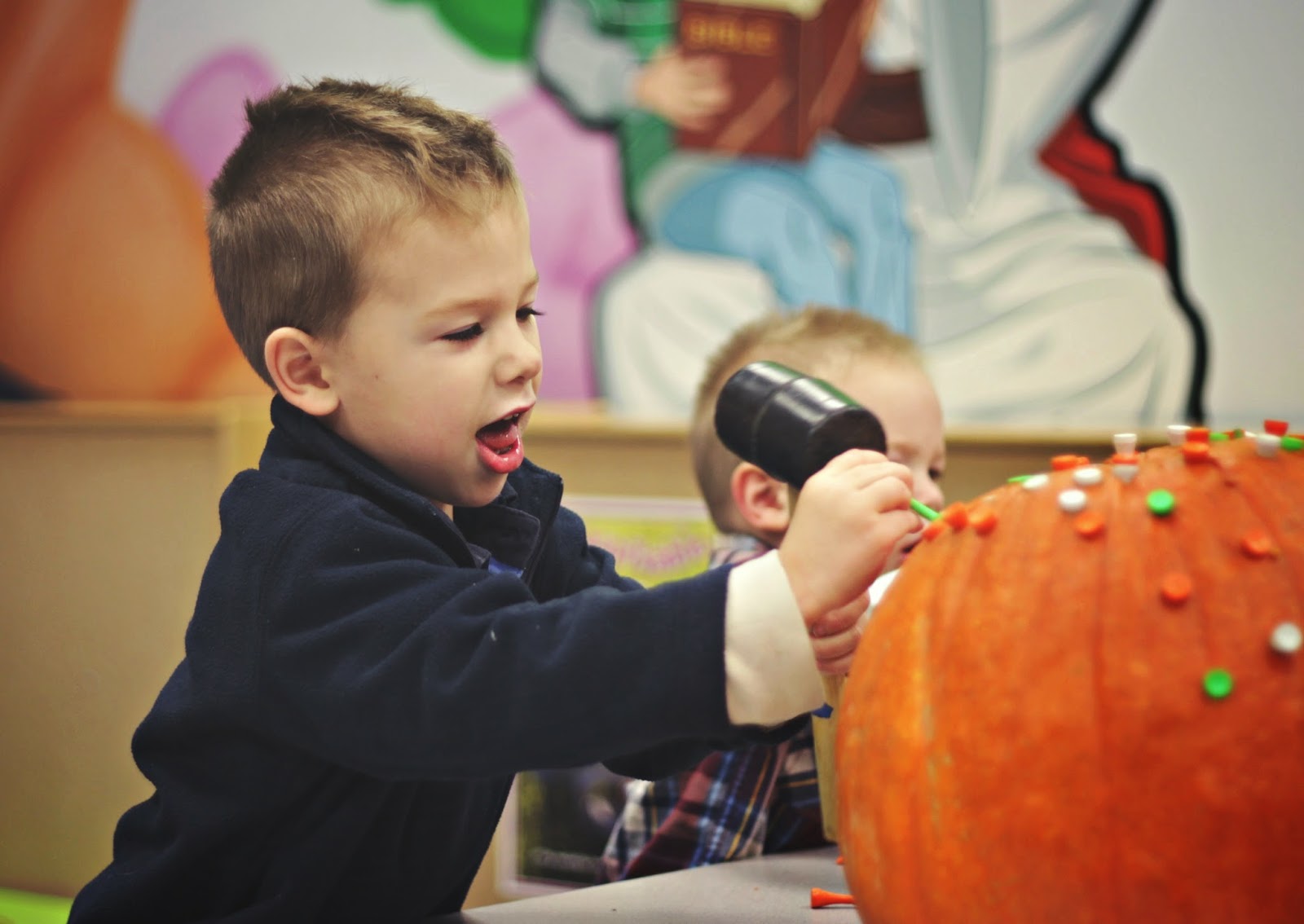 They have each others backs and each others best interests. In the end, they're a team, even with their inner competitiveness. And of course consuming their candy bar loot together helps those bonds too.
Labels: Brothers Holidays Outdoors Traditions