We took the boys to a wedding. 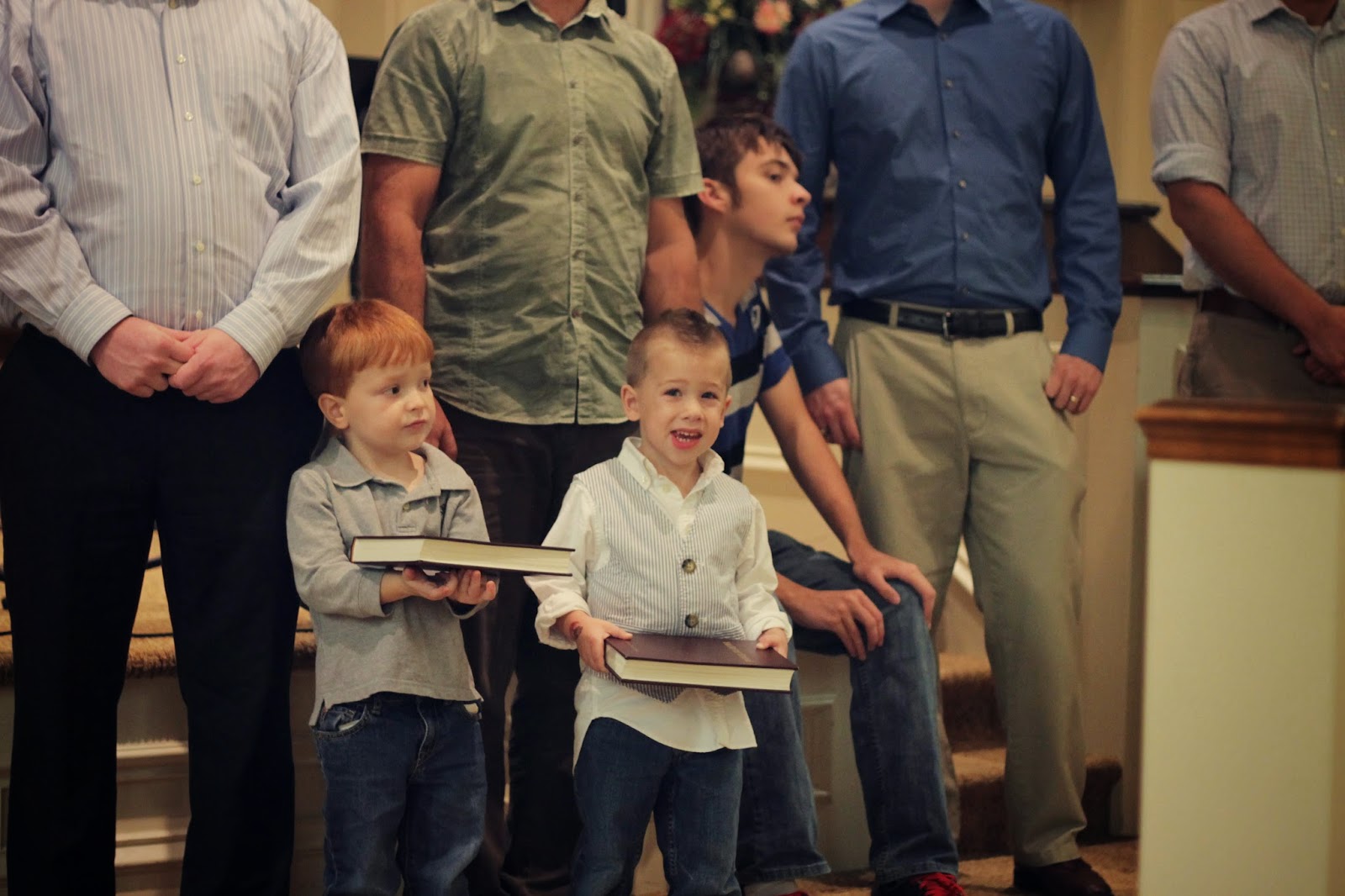 Actually, the boys were in the wedding; Aunt Cole and Uncle CJ's wedding. 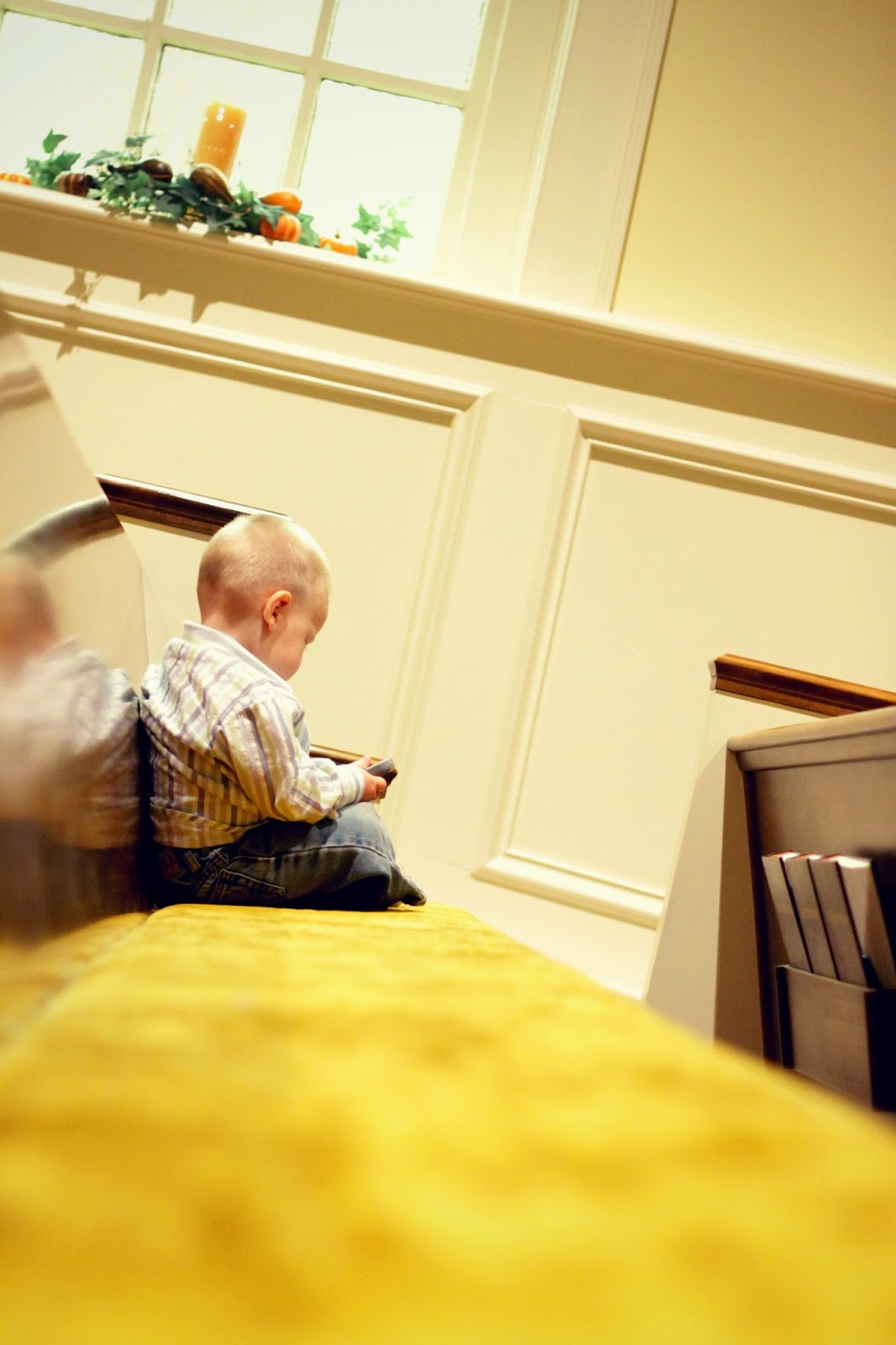 If you have the slightest idea into my boys' personalities, shenanigans, and creativity, I was a little curious as to how wedding performances would go. 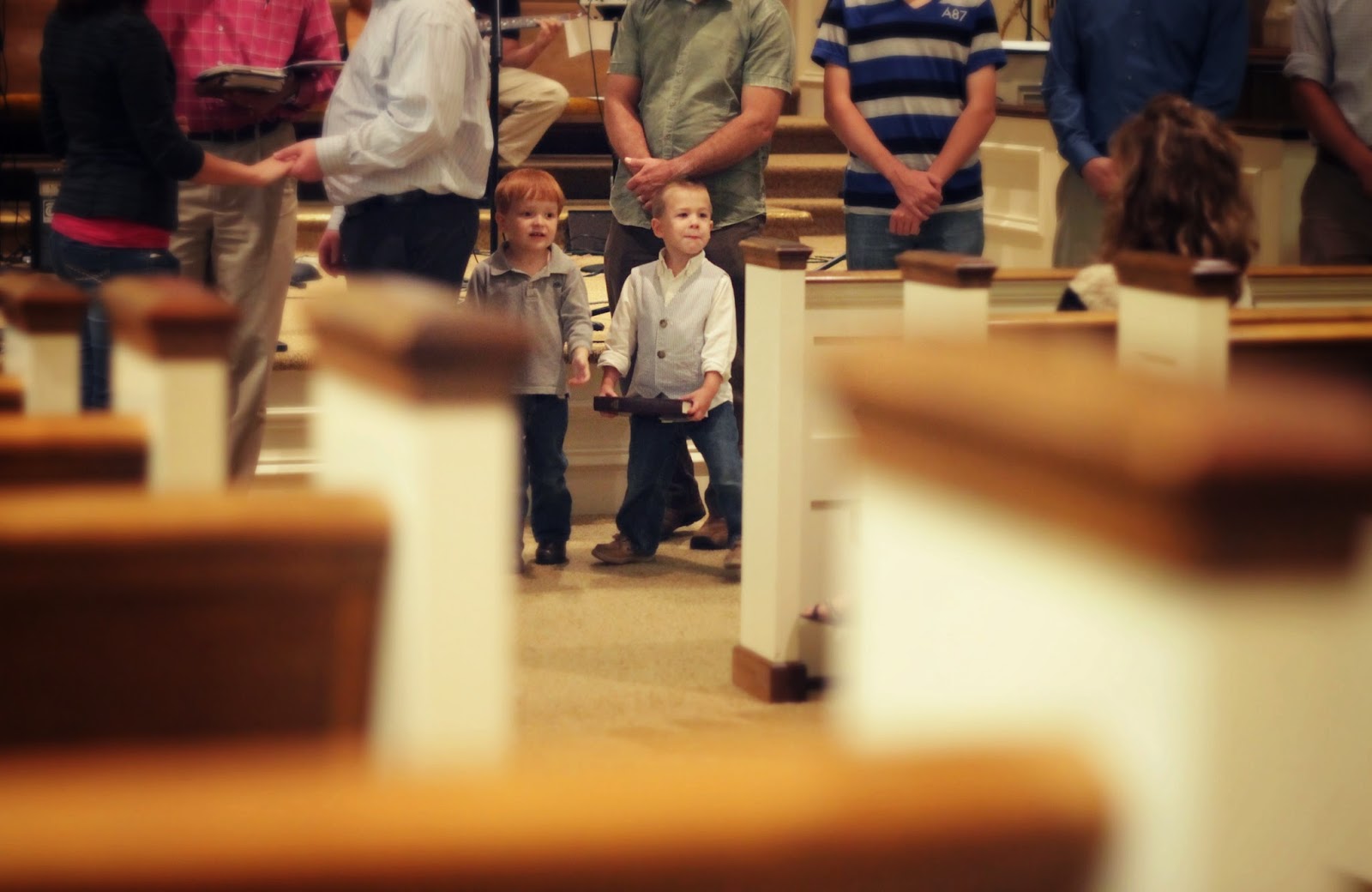 I mean, let's be honest. You give a boy a soft pillow to carry and hold for an entire ceremony, he soon starts hallucinating he's a weapons specialist with a grenade launcher. 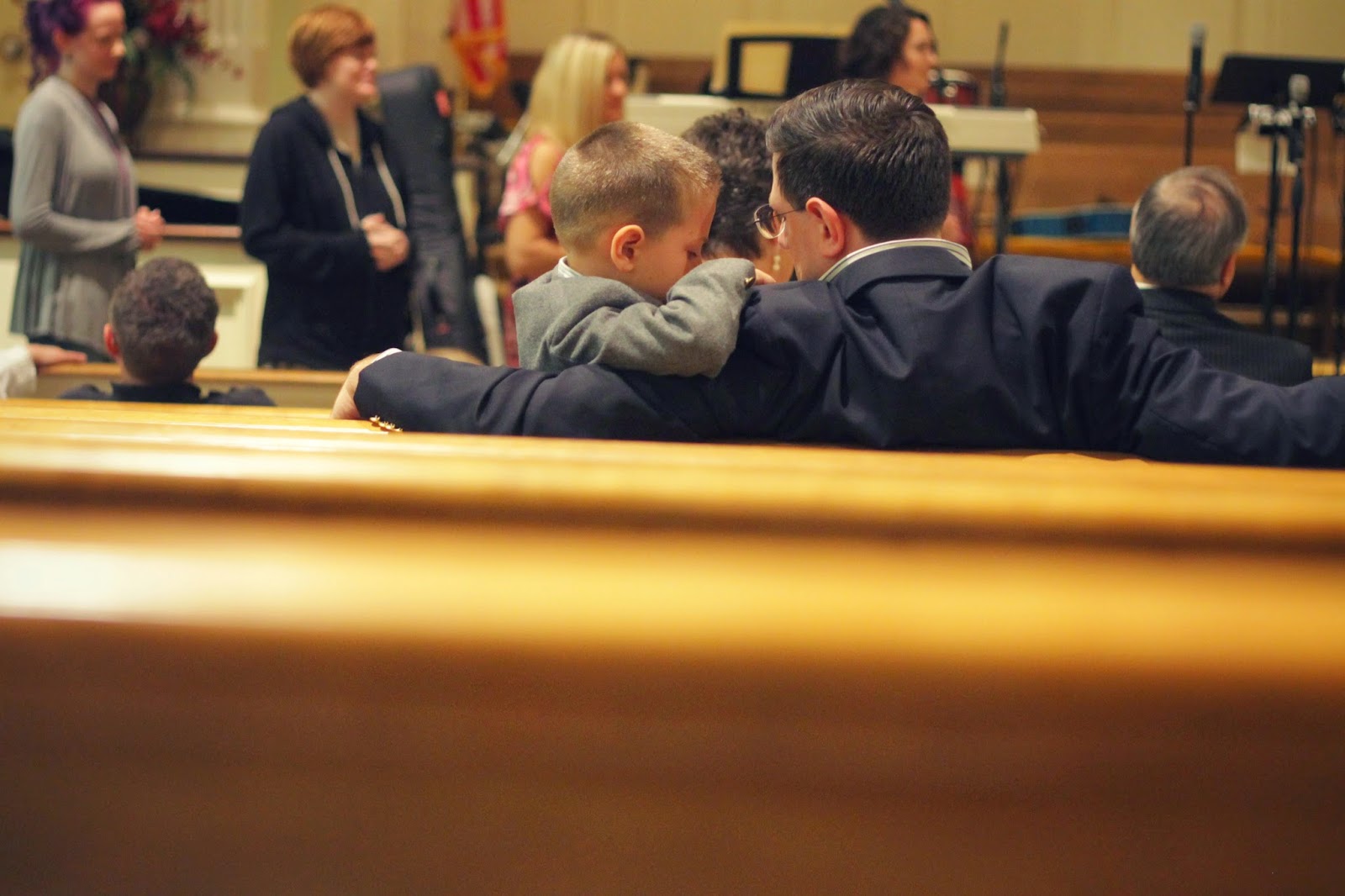 And you give a guy who never runs out of surprising things to say a microphone and an audience you're looking at a you-tube worthy stand-up comedy routine. 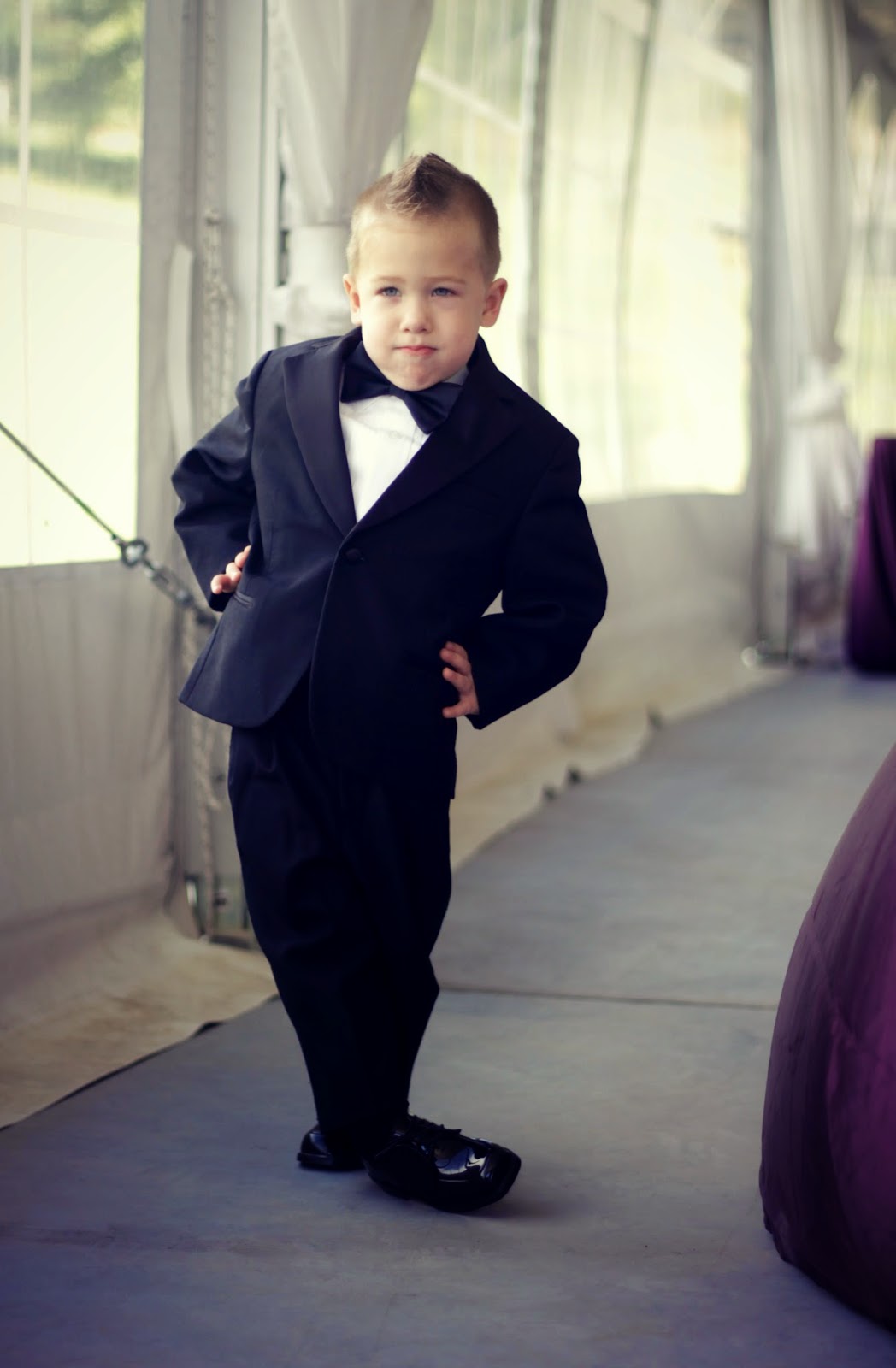 But I have to say, even with all my momma-mind could envision, once the tuxes and ties were on, little debonairs emerged. 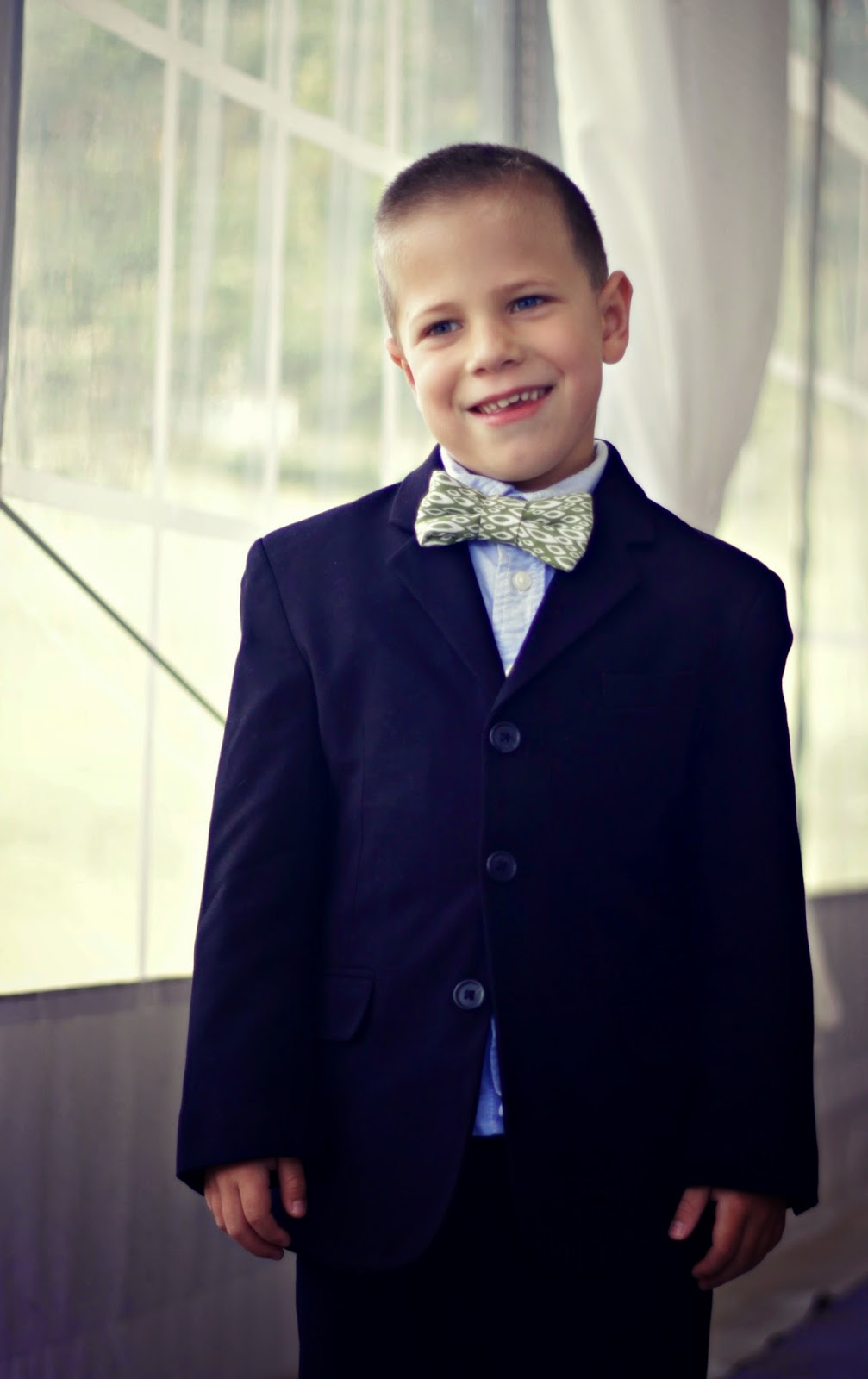 Harrison recited his Song of Solomon 8:6 verse perfectly without any added personal sermon notes or jokes for the bride and groom. 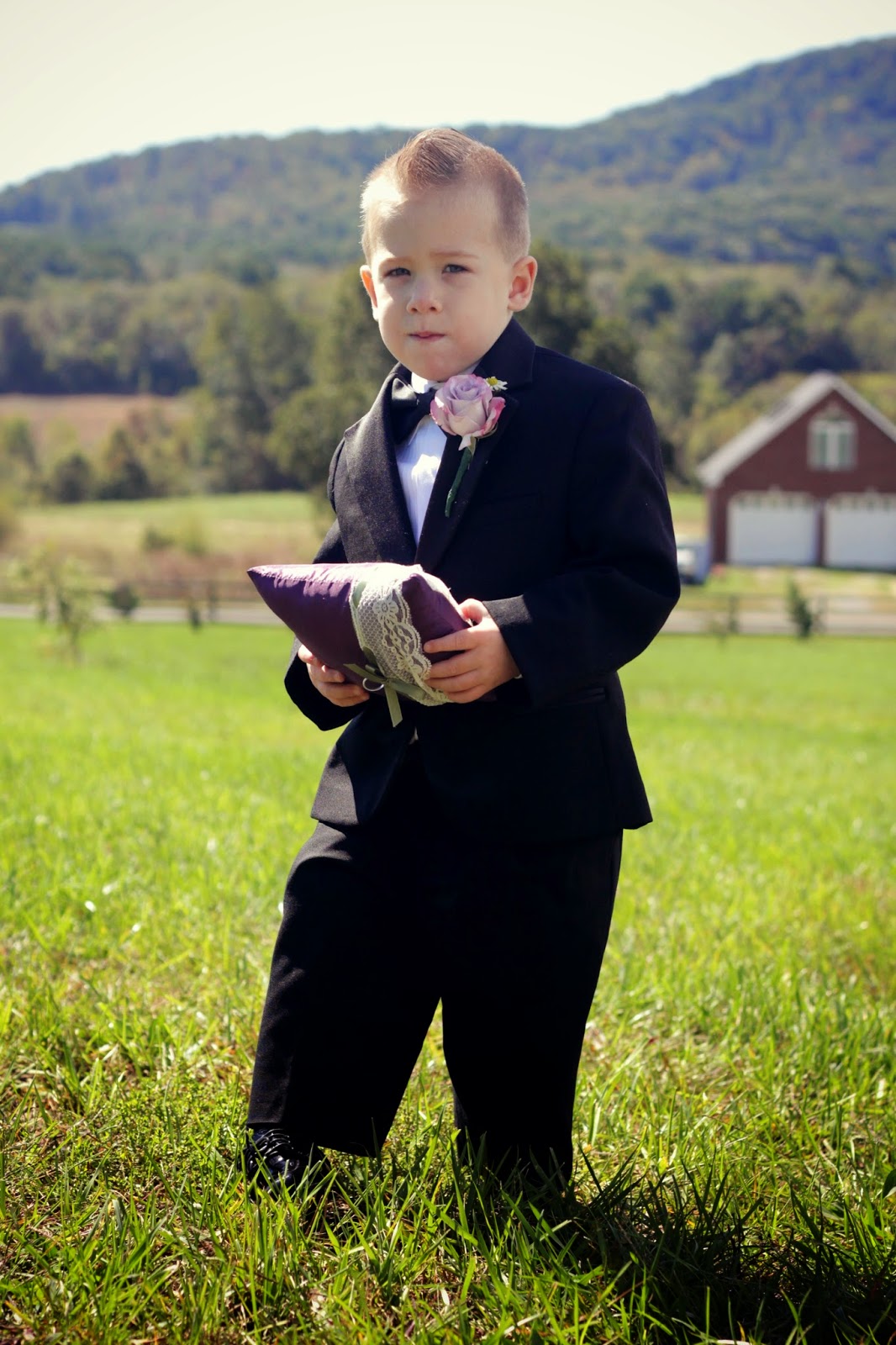 Jefferson made it down the aisle, into his assigned place, and only pretended to throw his pillow to an imaginary wide receiver in the pond behind the ceremony. 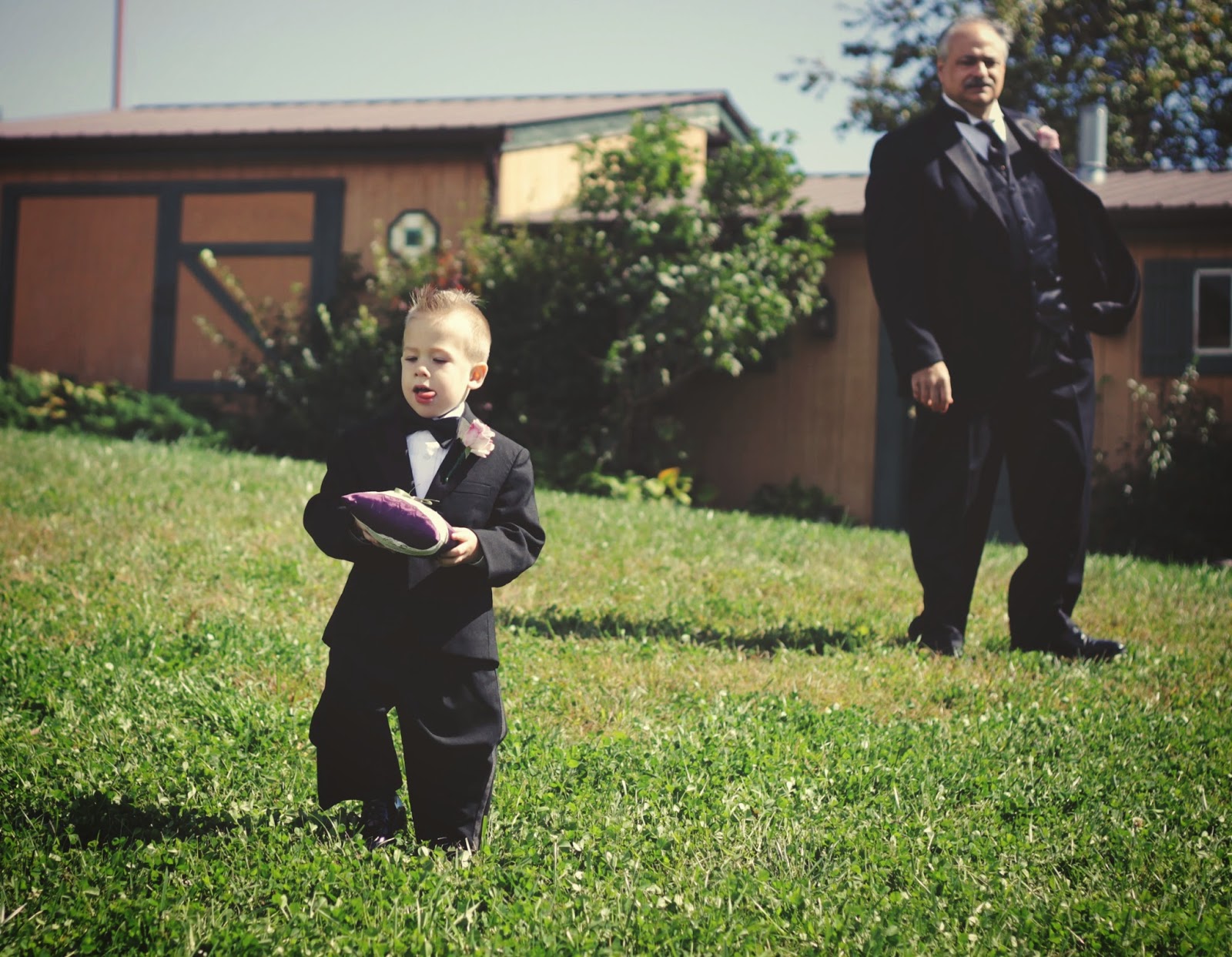 There were no injuries with pin loaded corsages, no knee split tux pants from impromptu tackling during wedding party pictures. The only casualties were an enormous count of emptied Coke bottles by a certain 5 year old and anyone unfortunate to be in the line of fire of my boys' rice throwing. 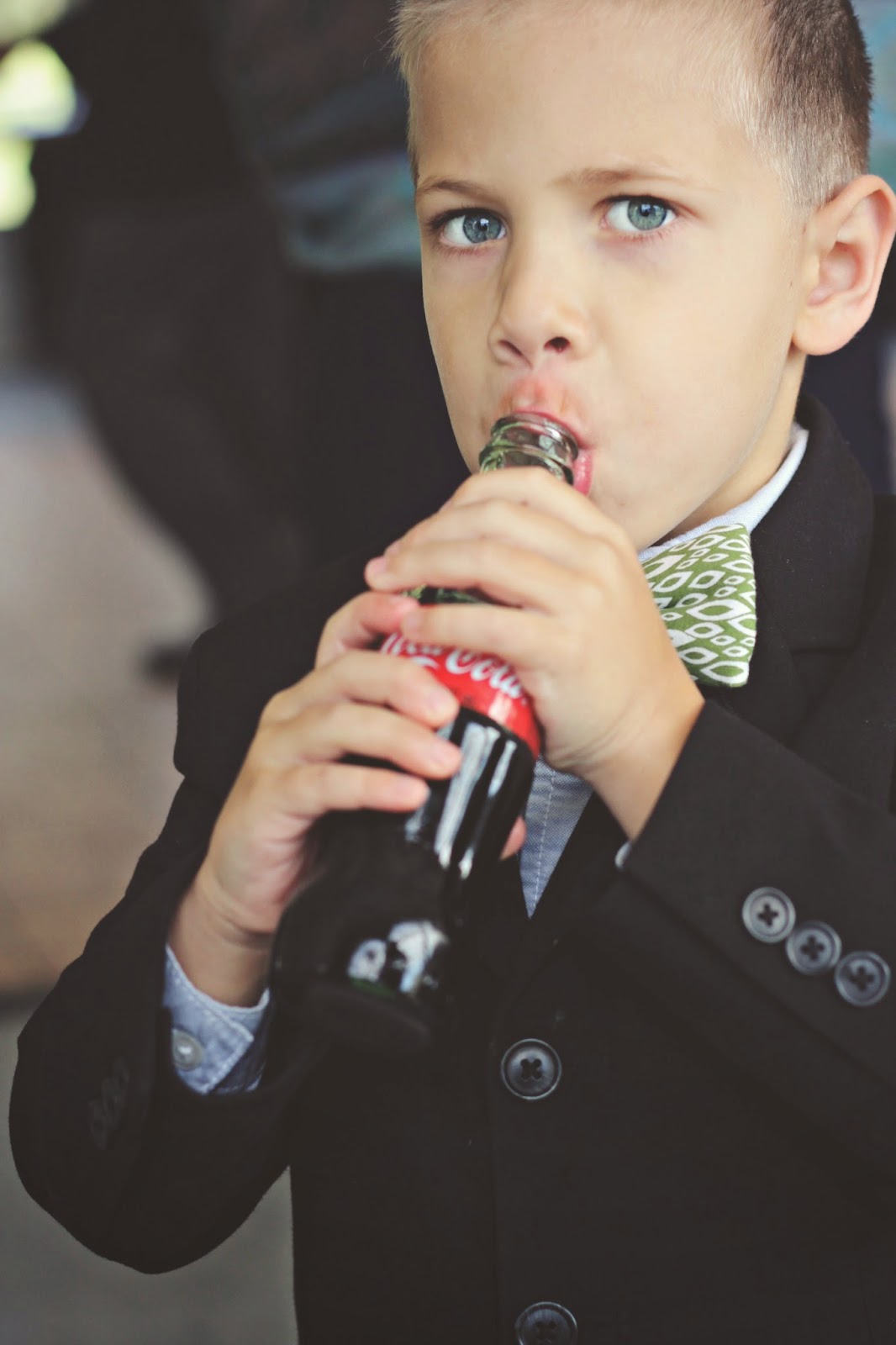 It was a very fun weekend celebrating Aunt Cole and Uncle CJ, celebrating the boys' successful completion of wedding duties, and trying not to think too much about when they'll be in their own weddings as grooms, and probably still randomly tackling each other and consuming way too much caffeine.
Labels: Family Harrison Jefferson Marriage travel