I'm addicted to celebrating, so around here we totally give in to my inner party animal. For example, what good are birthdays if they aren't covered in partiness? 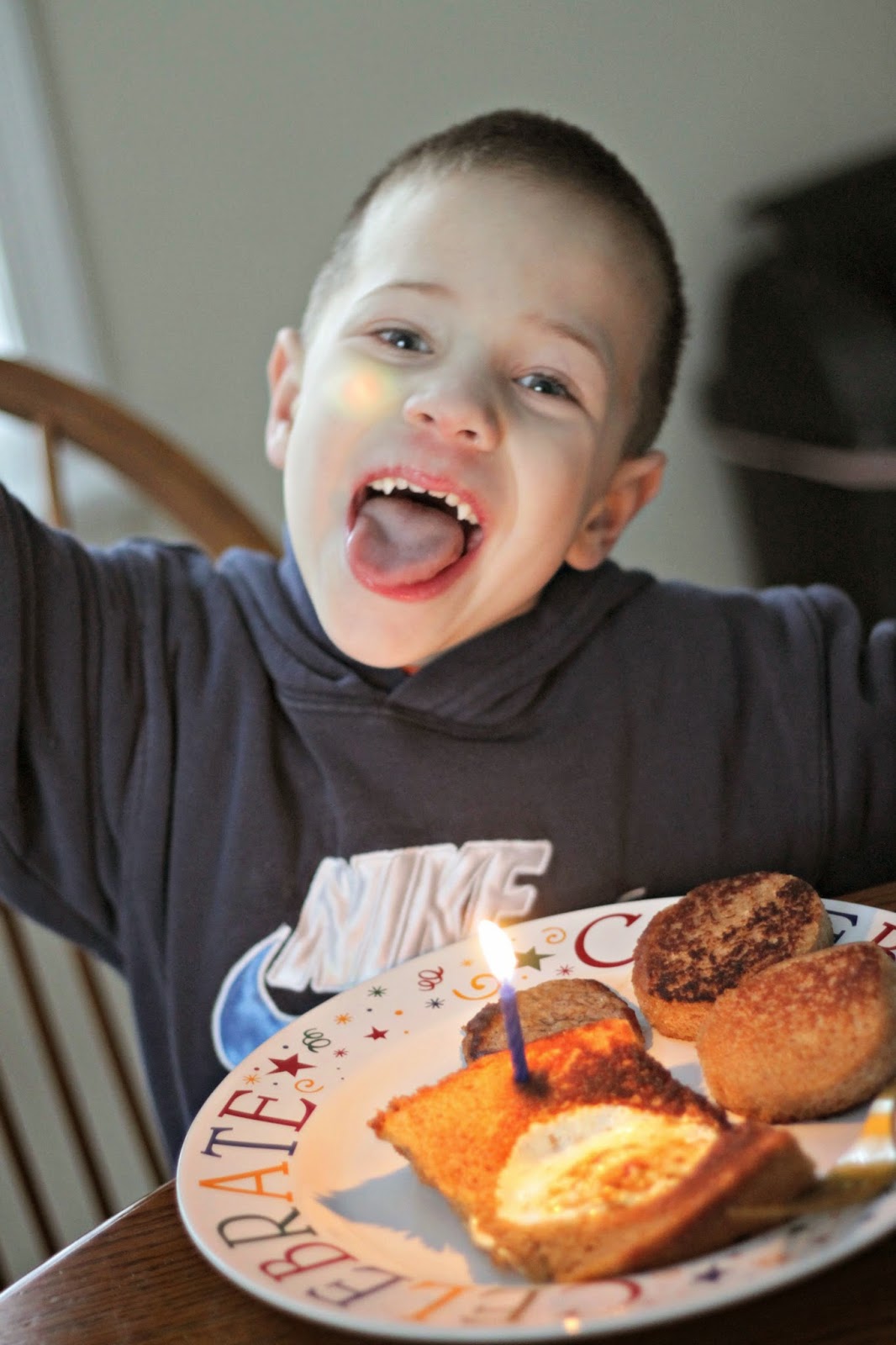 Harrison's been putting up with enjoying my celebratory craziness for five years now, so he wasn't too shocked to wake up to his room filled with gold and camo balloons (keeping with his fighter jet themed party). 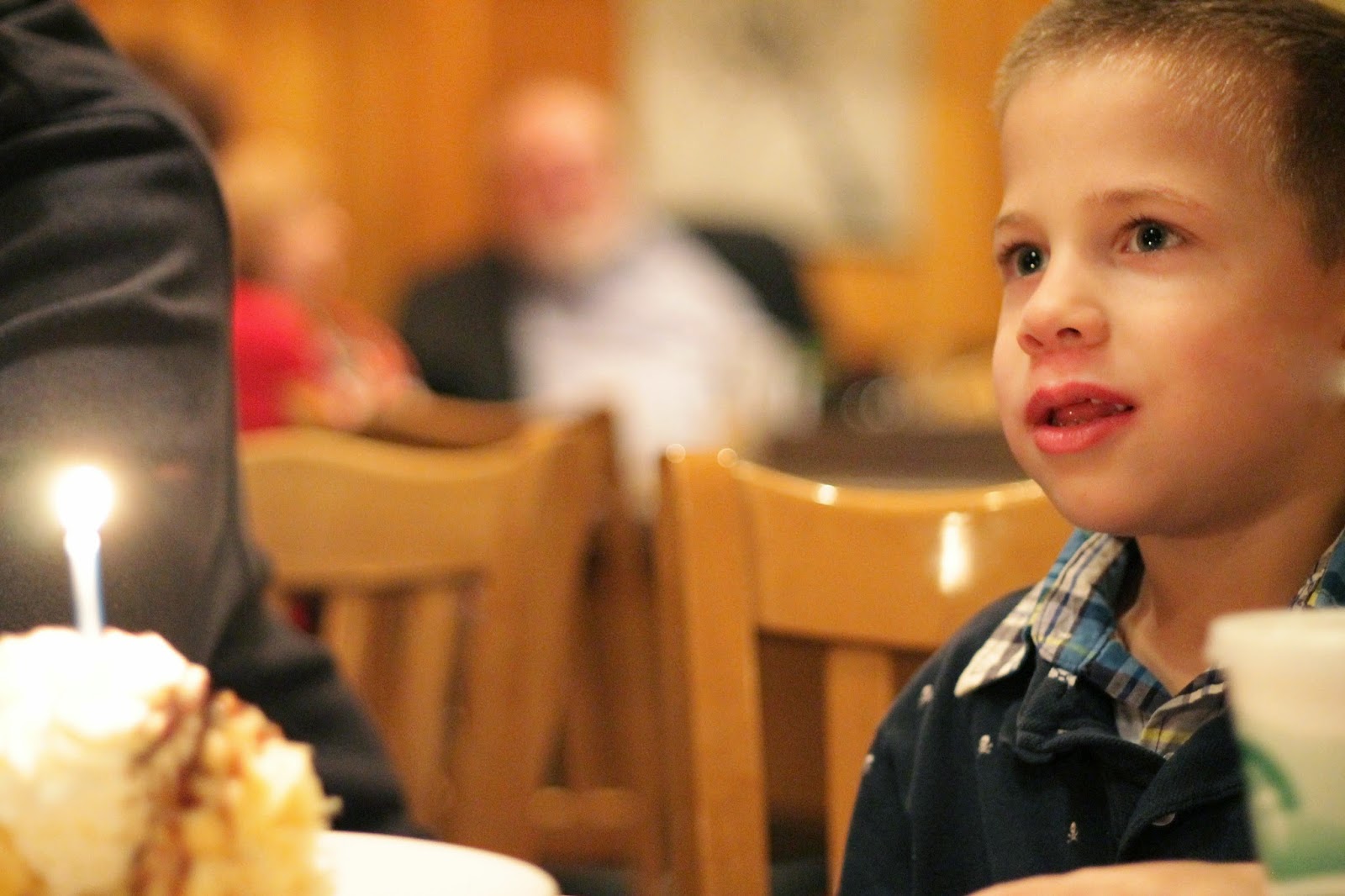 And the gold streamers blocking his entire bedroom door didn't really phase this seasoned child of a party-mad woman. But walking down the stairs to parents surprise attacking him with silly string got to him a bit...in a good way...I think? 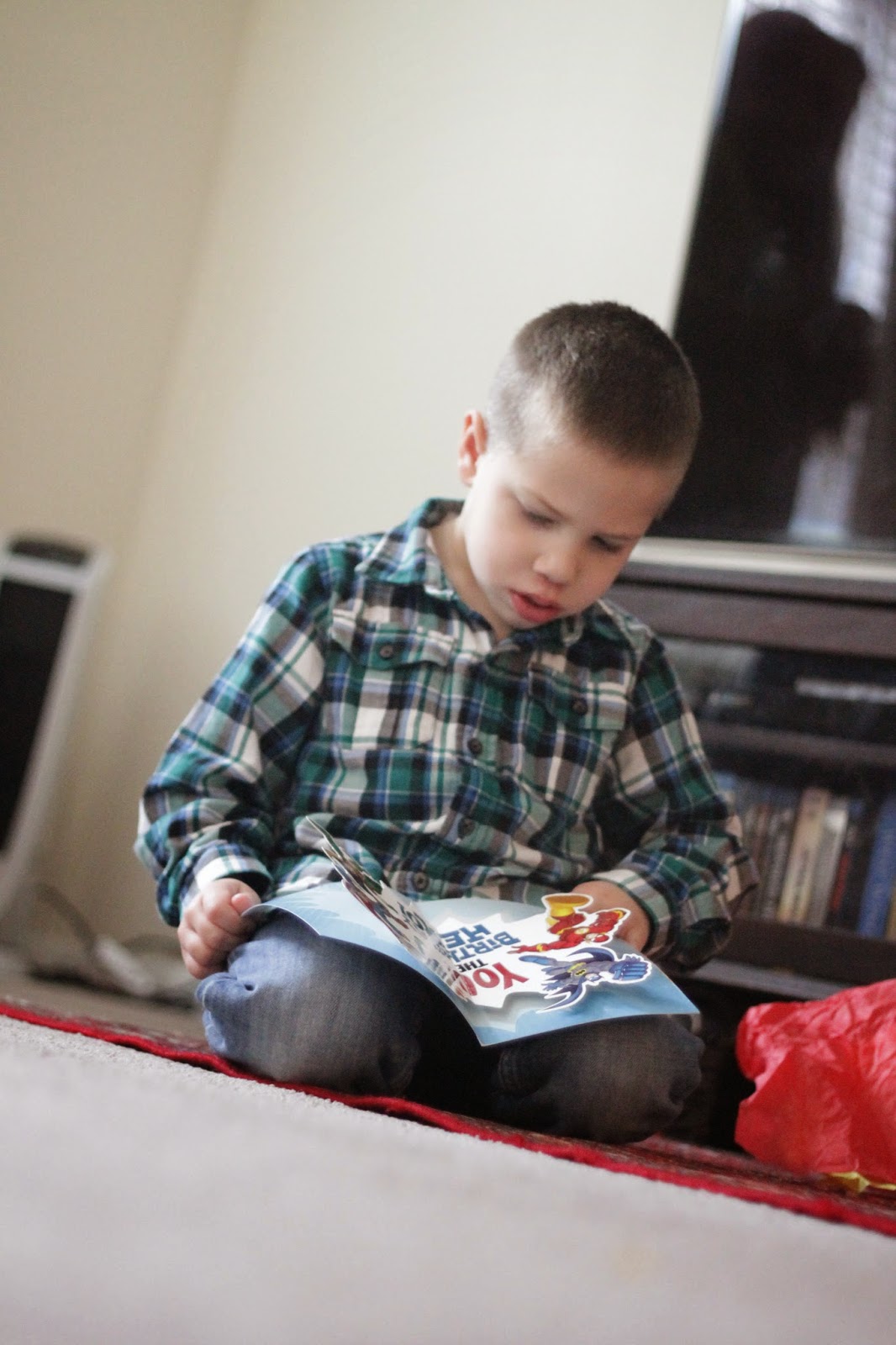 And for the most part these guys soak up their birthdays as we look for every little opportunity to celebrate them. Harrison picked "those eggs in bread that pop with gold in them" (hole-in-one eggs), and sausage for breakfast. 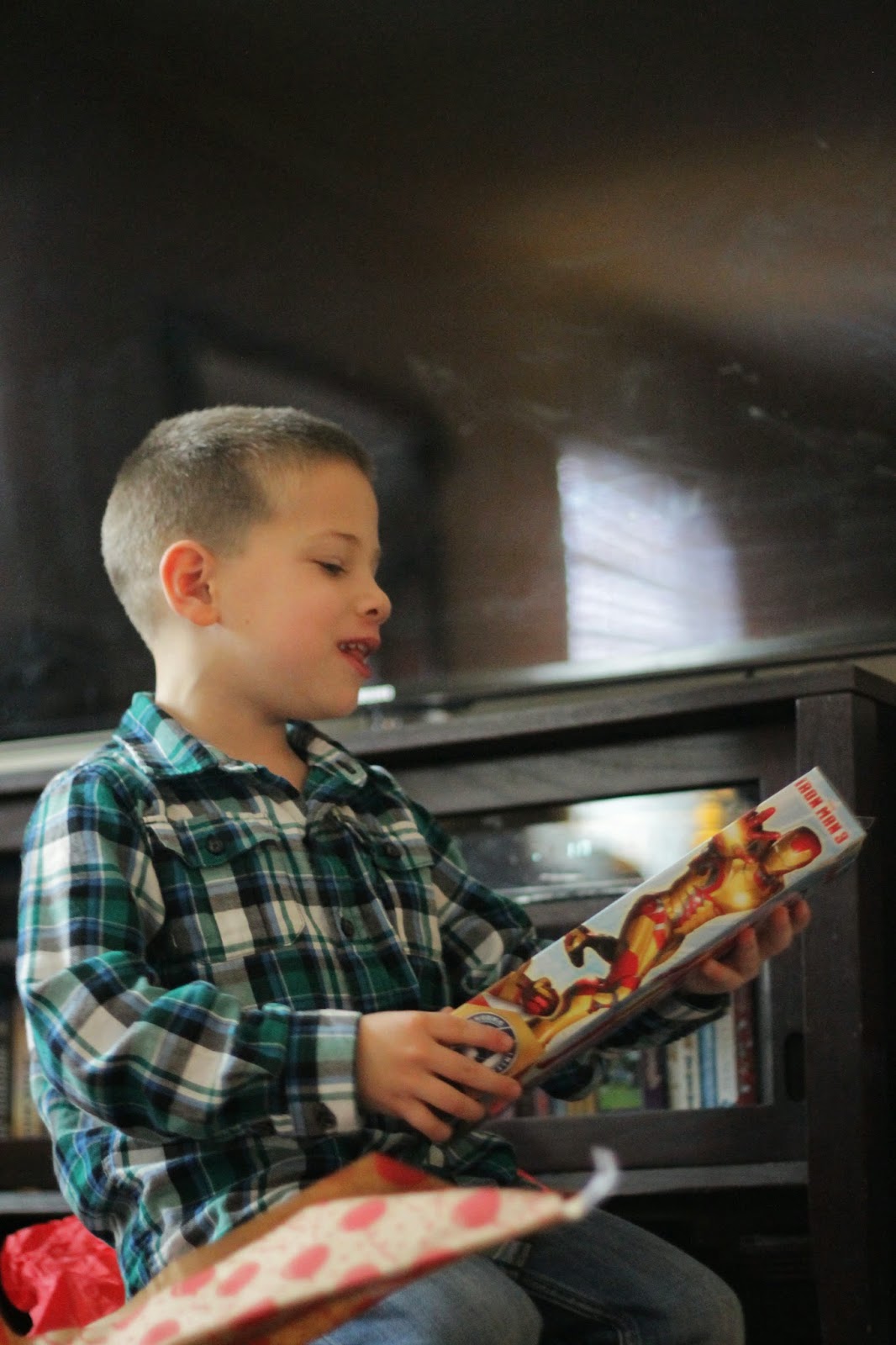 Then we went to the "chip place" (Chipotle) for lunch. Then a quick stop in a grocery store gave us all a surprise when an employee named Eddie gifted Harrison a large tray of strawberries. When we returned to say thank you one more time he was completely gone...I hear angels like to celebrate too :) 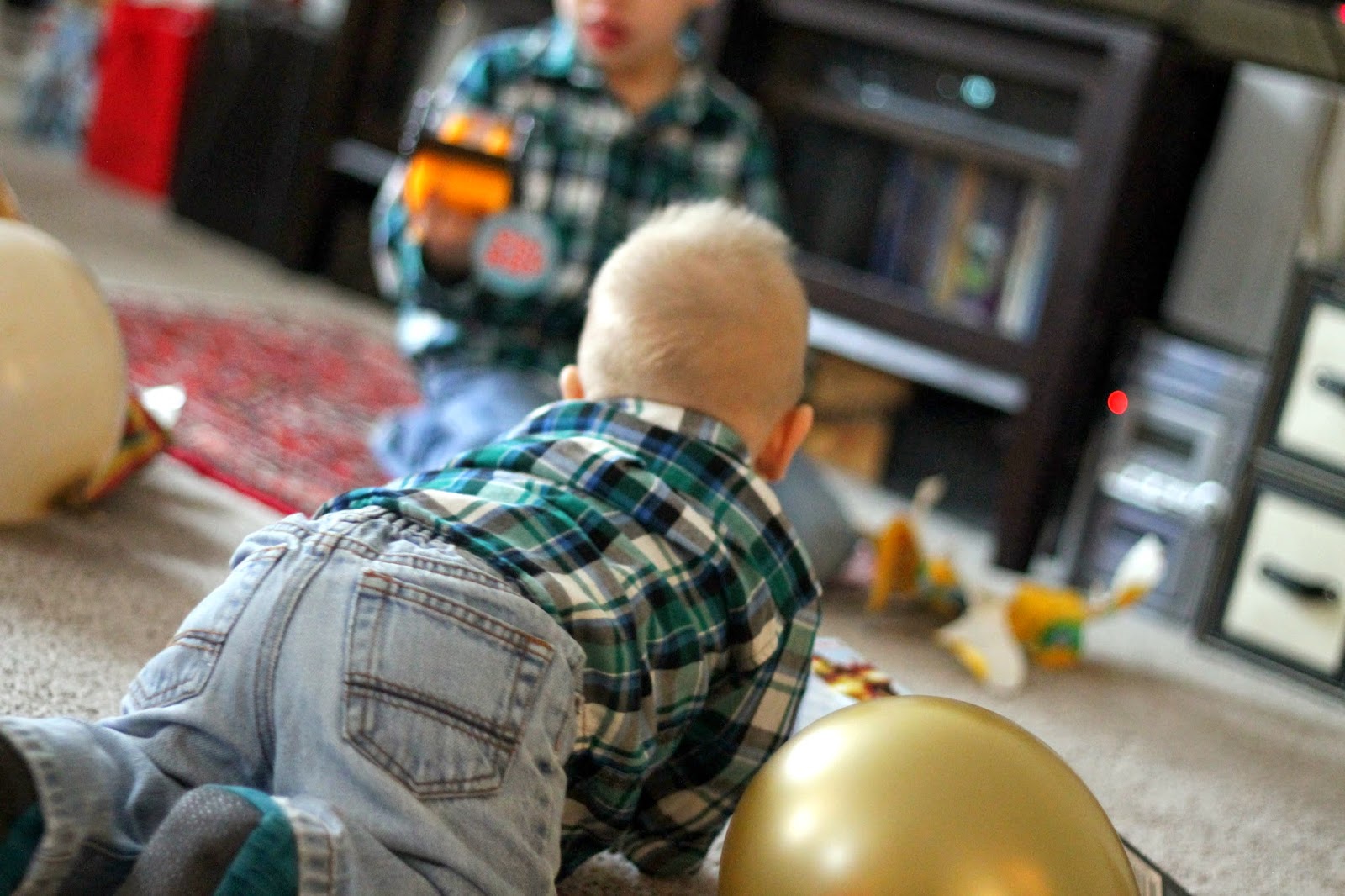 We played Wii, read favorite books, and for dinner Harrison requested 'fire and knife' place. The kid was so partied out he fell asleep on the way home and I got to cradle my sleeping birthday boy and try to find some trace in his sleeping face of the tiny infant that was placed in my arms five years ago that night. 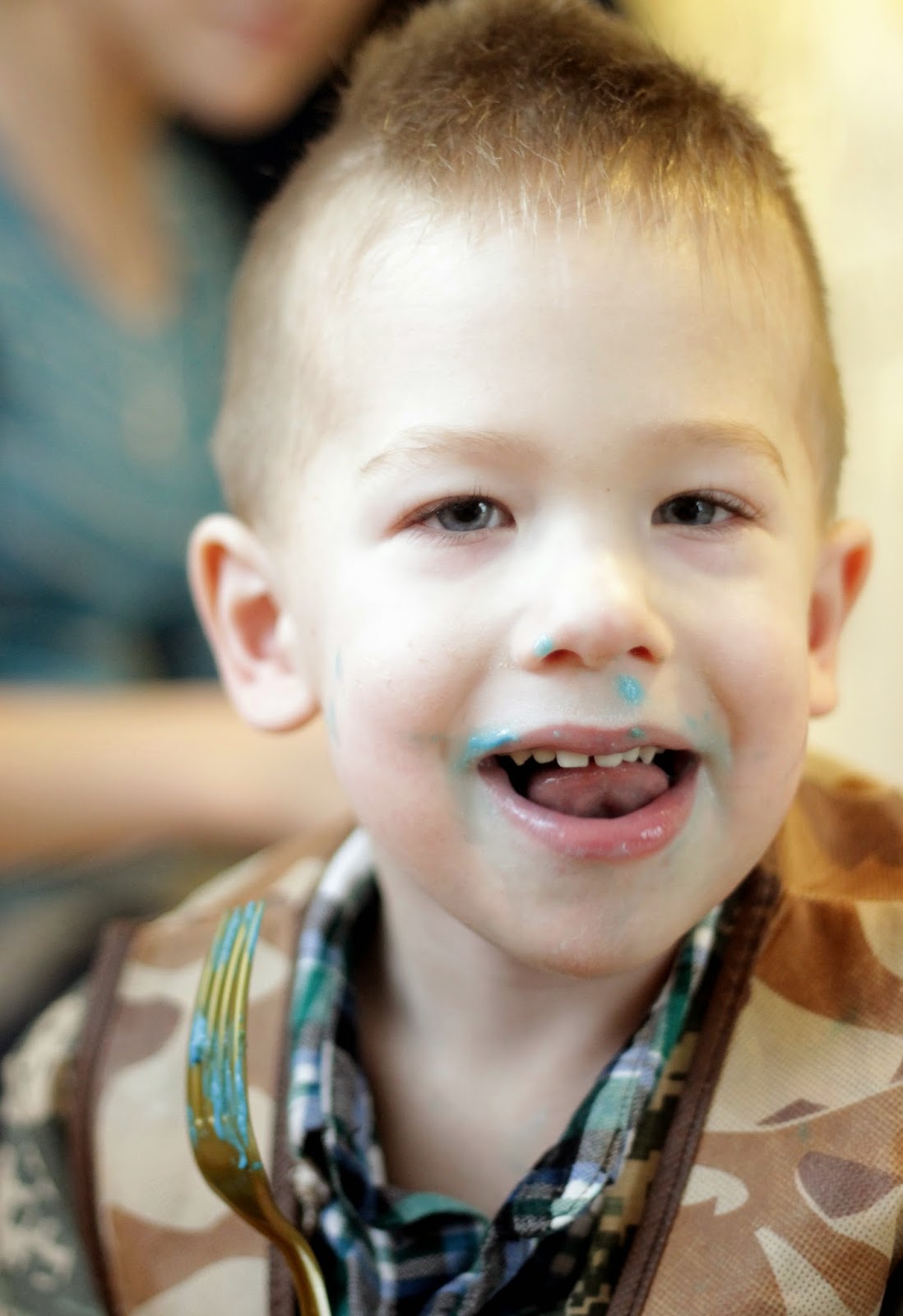 But even with jet fighter birthday parties, leagues of grandparents, aunts, and uncles with insane talents of spoiling and gift picking, sugar highs and sugar crashes, lack of sleep, brothers attacking new gifts, losing and finding new toy pieces, paper decorations, wishing his voice would change to a man voice now that he's five, and growing over an inch since Christmas... 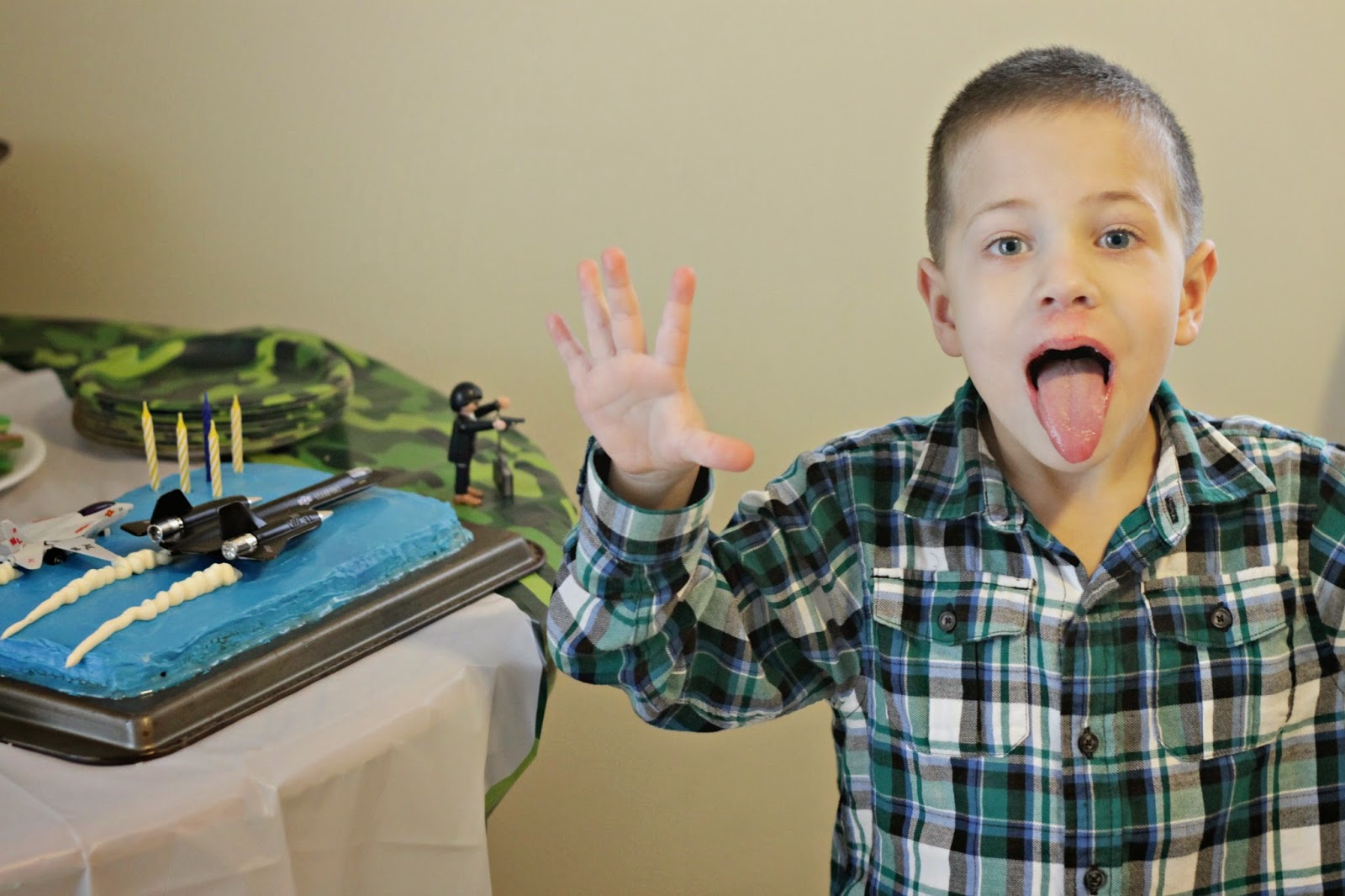 He's also learning in his own way to celebrate and keep the party going. I thought I was the one planning the surprises for his big day, yet all on his own he bought me flowers for being his "beautiful amazing Mommy" and then curled up in my lap. "Mommy, I'm a little sad that one day I'll be too big for you to hold. But when that day happens, it will be ok, because then I'll be big enough to hold you." And with those words, he gave me the best gift given the entire day :)
Labels: Harrison Holidays Megan