Just a Day in the Park

Our growing little guy had his 18 month check-up yesterday. For those of you who are doing the math in your heads, yes he is one month late for it. 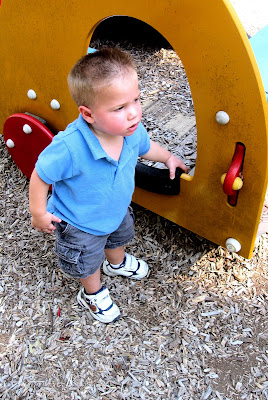 So I guess it was technically a 19 month check-up but better late than never.
This growing boy is 25 lbs. and 32 inches. Yes, that means he is solid and short, but perfect in every way! 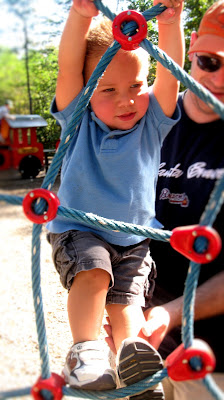 The doctor asked us if he knows at least 15 words and attempts to put together at least one two word phrase. We laughed out loud and told him to ask Harrison. He immediately engaged the doctor in a conversation about food, football, and stethascopes. 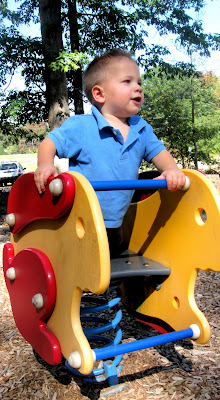 The doctor kept laughing and saying, "I don't believe this! This guy is incredible!" He asked Harrison if he could look in his ears and Harrison pointed to the otoscope still hanging on the wall. The doctor had a good laugh that Harrison knew he needed that to be able to examine his ears. 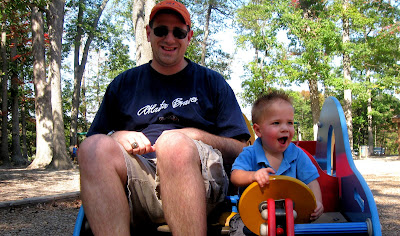 He asked Harrison if he ate healthy foods and Harrison growled out like some testosterone driven lineman, "More meat!" Wow, what a ham, was all I could say. He also put on a show of his feats of strength and imagination skills. 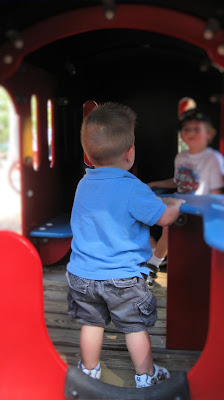 Two vaccines and a spiderman sticker later he was given a clean bill of health. The doctor said he is on a three year old level for development and gave us some things to try to start working on to encourage his verbal and physical abilities. We are pretty proud of our guy, but it was nice to hear our doctor pretty proud of him too. I can harldy believe he is already 19 months old! We'll be doing his 2 year check-up before we know it!
Labels: Harrison