We took Harrison to a local Harvest Festival and he had a blast. Maybe it was all the free tastes of foods and drinks, maybe it was the free roaming and exploring, but he really did enjoy himself. 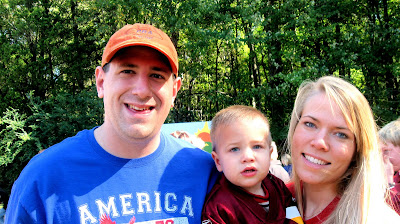 They had a great hay maze that we didn't really think he would want to do, but he marched right in to figure it out. Matt followed away back, but Harrison thought he was one big kid walking through the maze on his own! 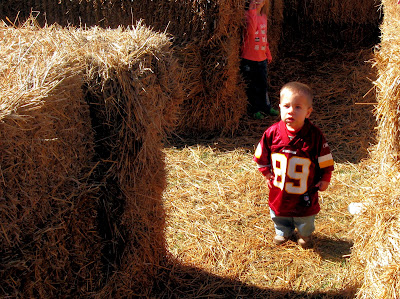 It was pretty cute seeing his little head turn the corners and get out of dead ends. 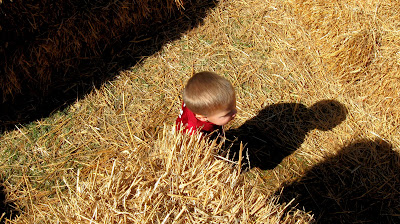 After the maze we moved on to a historical exhibit section where we watched them dye yarn, make candles, and got to participate making leather, corn husk dolls, and rope. 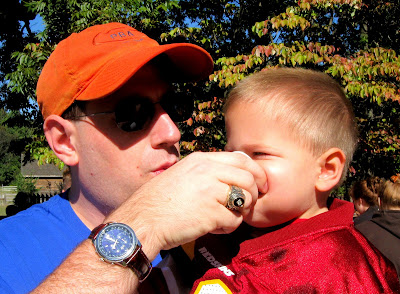 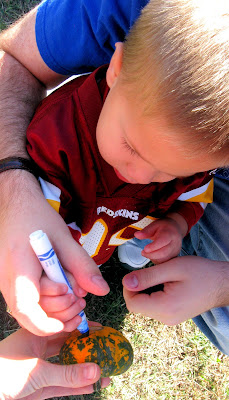 Harrison had a blast "decorating" his very own pumpkin. I think the little blue scribbles all over the bottom made his the cutest pumpkin ever! 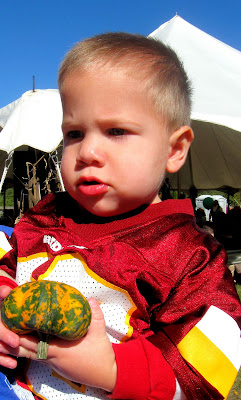 So proud of his pumpkin! 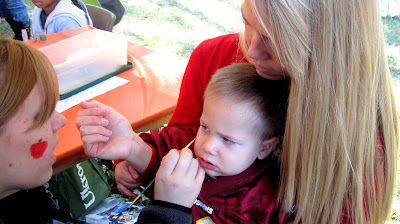 Then we tried him out on face painting. We were glad to catch his Aunt Maddie on shift for the first time experience, but as you can tell by his face, he wasn't too sure of it all. 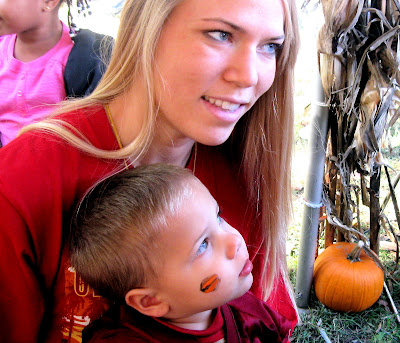 Overall, we had a blast and have really been enjoying doing more stuff like this as he gets older. Fall has been a blast with this guy and I can hardly wait until Christmas! I guess it will be here before we know it!
Labels: Holidays