During our beach excursion we had a great morning on the boardwalk where we saw... 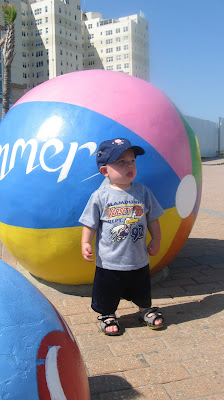 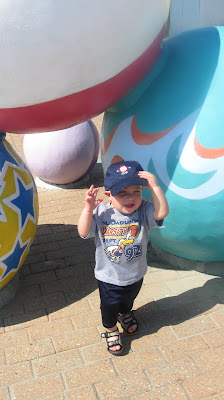 Harrison was kind of in a bad mood at this point because
a. It was nap time
b. I had forgot his favorite Braves ball cap and he had to wear one that is too big and he just doesn't like
c. He was done riding in the stroller 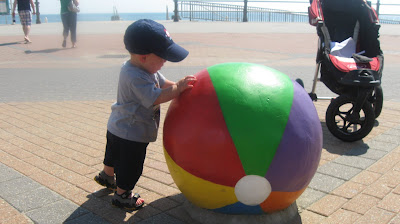 So the gigantic beach balls came at a good time and he was itching to get out and get the balls...except... 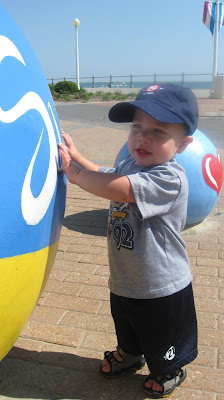 ...he didn't understand the concept of "ball" statues and why in the world would anyone make a ball you can't throw, kick, or push? After several hearty grunts and putting his back into it, he gave up, and wanted nothing else to do with the beach balls.
Don't worry-he found something else...I'll show you tomorrow.
Labels: Harrison travel