We got invited to General Washington's party. 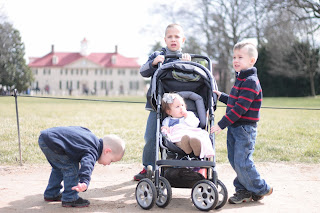 By "invited" I mean, I saw on Mt. Vernon's FaceBook page that there was free admission on George Washington's birthday. 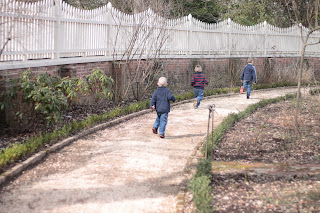 The boys have long been huge Washington fans; I'm not sure they have a bigger hero. 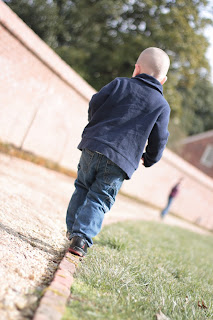 So the idea of combining heroes and birthday parties appealed greatly to my crew and they were giddy to celebrate at Mt. Vernon. 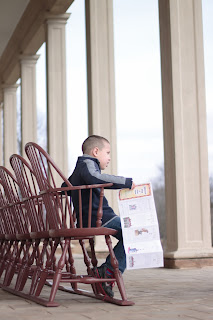 And the celebration did not disappoint. 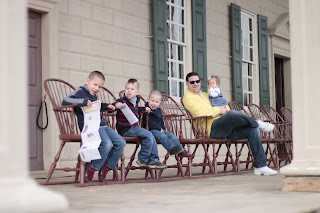 There were swords and music, scavenger hunts, coins, and birthday cake. 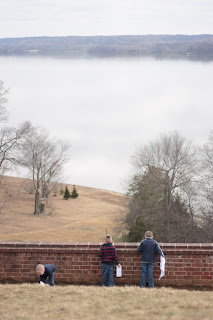 The sweeping waterfront had the boys in awe. 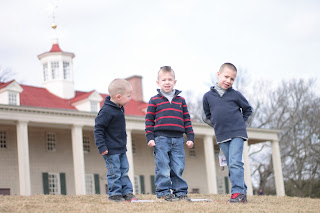 They would have stayed on that hill all day if the promise of prizes for completed scavenger hunts hadn't been so alluring. 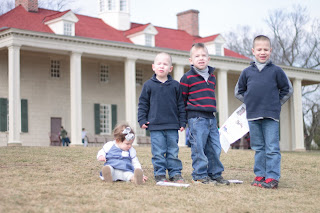 All four kids were incredible on the tour throughout the estate; no one touched anything or broke any historic artifacts, except for Wils who decided to launch a paper airplane into Lafayette's bedroom. 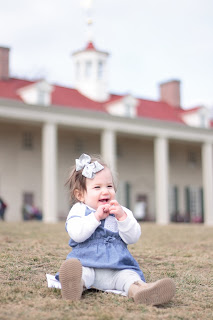 I was super proud that my older two were some of the first in our tour group to speak up and answer questions about General Washington. 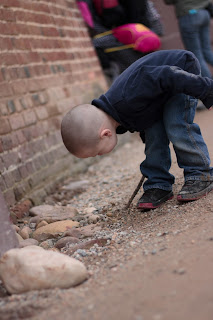 Once we walked over every bit of Mt. Vernon and the boys were begging to live there like George Washington had, we headed back to cash in their completed scavenger hunts for a coin prize. 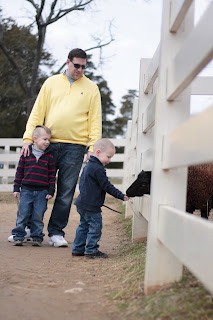 Tired little guys claimed their Mt. Vernon coins and scarfed down icing laden pieces of birthday cake. We all had a great day celebrating their hero and they all agreed they couldn't wait until next year for Washington's next birthday party.
Labels: Homeschool Outdoors travel Virginia