The boys love going to Bethlehem. In fact, we go once a year. 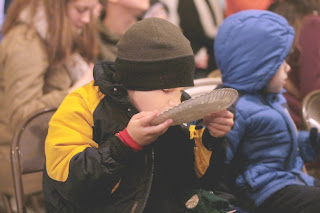 Not sure what their favorite part is, the funnel cakes or getting yelled at by centurion soldiers. 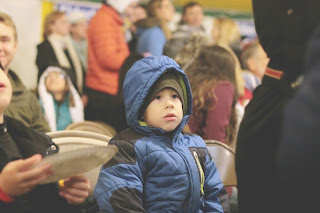 But regardless, we keep coming back year after year and each time it opens their little eyes to the reality of God becoming man. 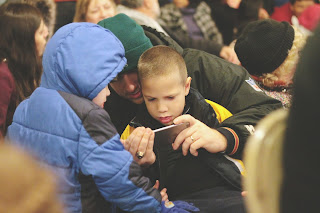 A church near our hometown built "Bethlehem" on their land and every Christmas season they open the city gates. 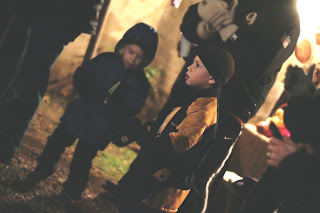 After an hour or more of waiting in lines and a holding tent, yes it's that popular and yes, it's that worth it, you move your bundled frozen self out into the dark and up to the gates of Bethlehem. 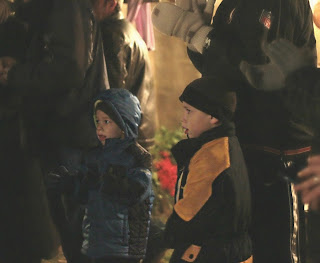 Every year something new stands out to the boys. Harrison loved the Roman soldiers last year, but this year he was not a fan of their intimidating mannerisms and mocking of the travelers. 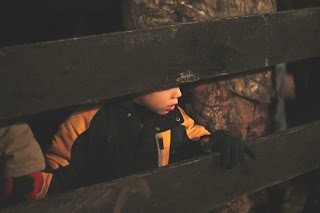 He said he understood why people back then lived in fear of the Roman soldiers and government. A neat guy in our group took note of Harrison's uncertainty and promised him his protection from the "soldiers". :) 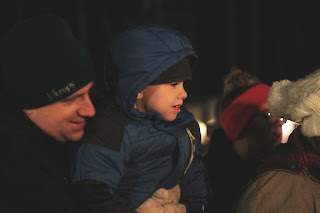 Jefferson really got into the whole experience. He listened intently to the inn keeper deny Mary and Joseph a room. And then he was so caught up in the events that he disappeared through city gates to go hang out with the shepherds without our knowing. 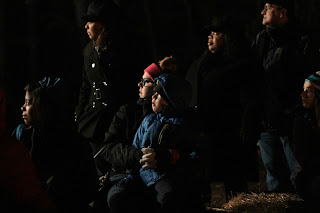 We finally caught up to him as he was standing around the camp fire with the shepherds. Suddenly the angels appeared and Jefferson froze soaking in their every word of where to find the newborn King. 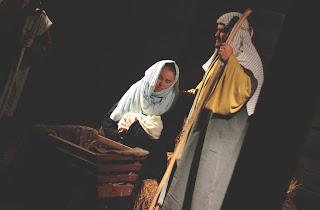 So we all hurried off with the shepherds to the stable and the boys approached quietly and gently listening to Mary sing to baby Jesus. 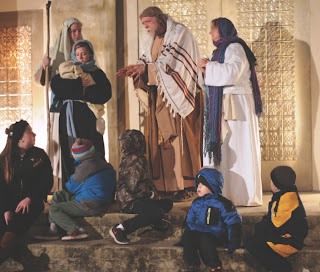 We then followed the life of Jesus. We watched him being presented in the temple and Simeon and Anna praise God. We saw him disciple and speak of his death. We saw the empty tomb and spoke with Nicodemus who told us of his "born again" conversation with Jesus. 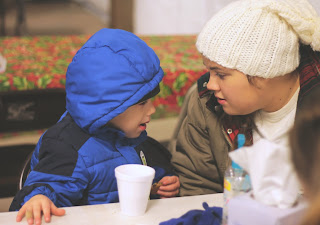 Once the boys' minds and hearts were full and pondering it was time for one of their favorite parts of Bethlehem, cookies and hot chocolate! 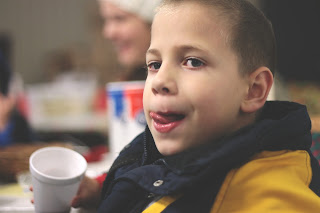 We couldn't feel our feet anymore and our fingers were frozen but it was so worth it to see Jesus come alive in a tangible way to these little guys. 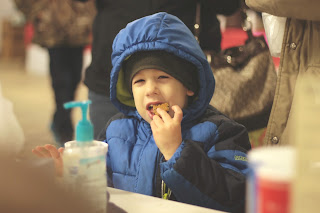 It's hard to picture Emmanuel and the events surrounding his birthday. But between bites of chocolate chip cookies it's awesome to hear little boys talk about feeling scared like shepherds, feel excited like Simeon, feel worried like the disciples, and feel excited over the empty tomb. I love that they both came home and told me the most important thing on their Christmas wishlist is giving God themselves, just like God gave us himself as a baby, a long time ago, in Bethlehem.
Labels: Hide it in Your Heart Holidays Traditions