The Day We Went George Bailey 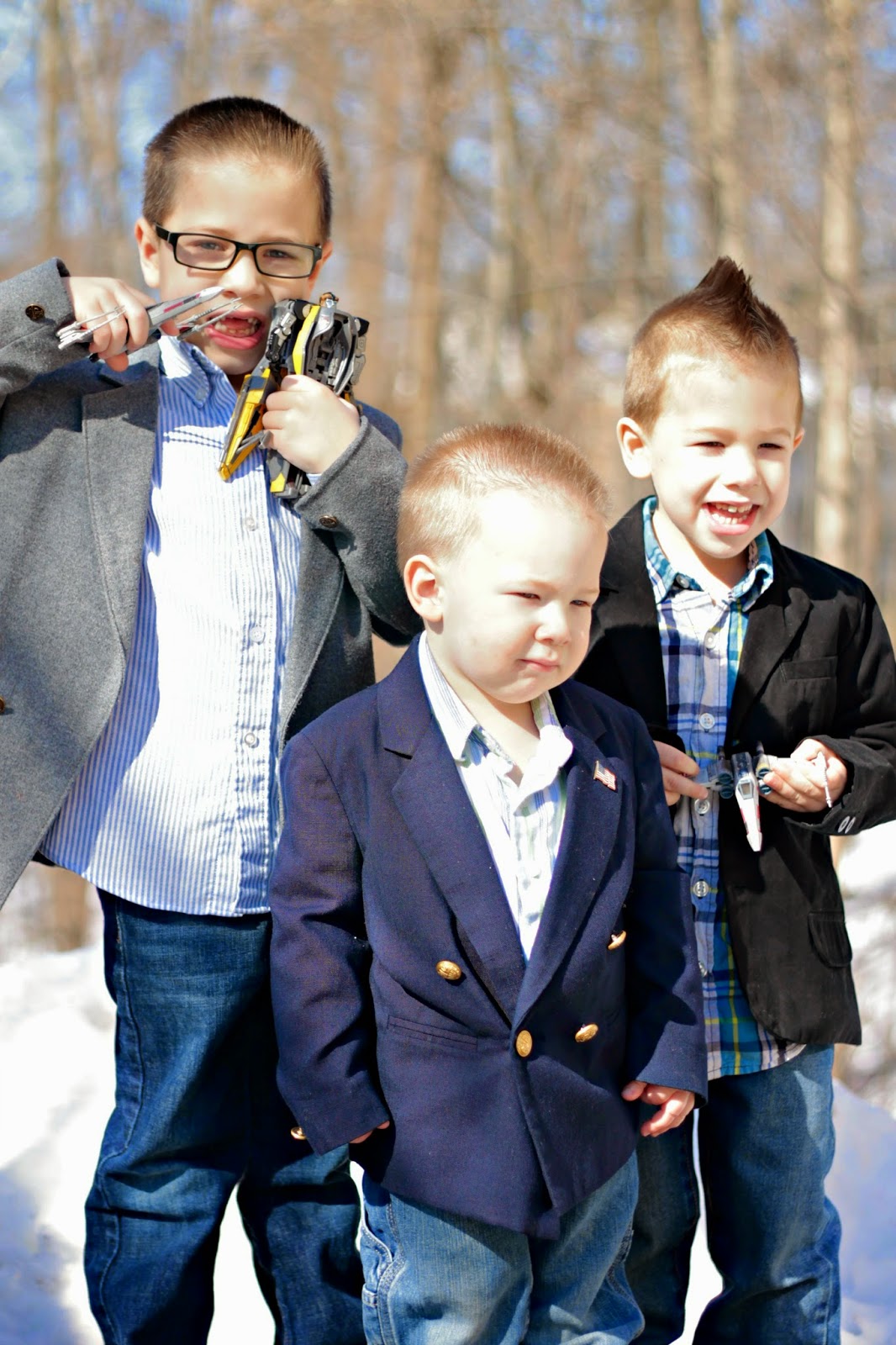 Until one day recently, Harrison lost it with his younger brothers who were a tad too eager to "help" him with some new toys. He loudly stormed in complaining and venting before erupting with, "I wish I never had these brothers!" 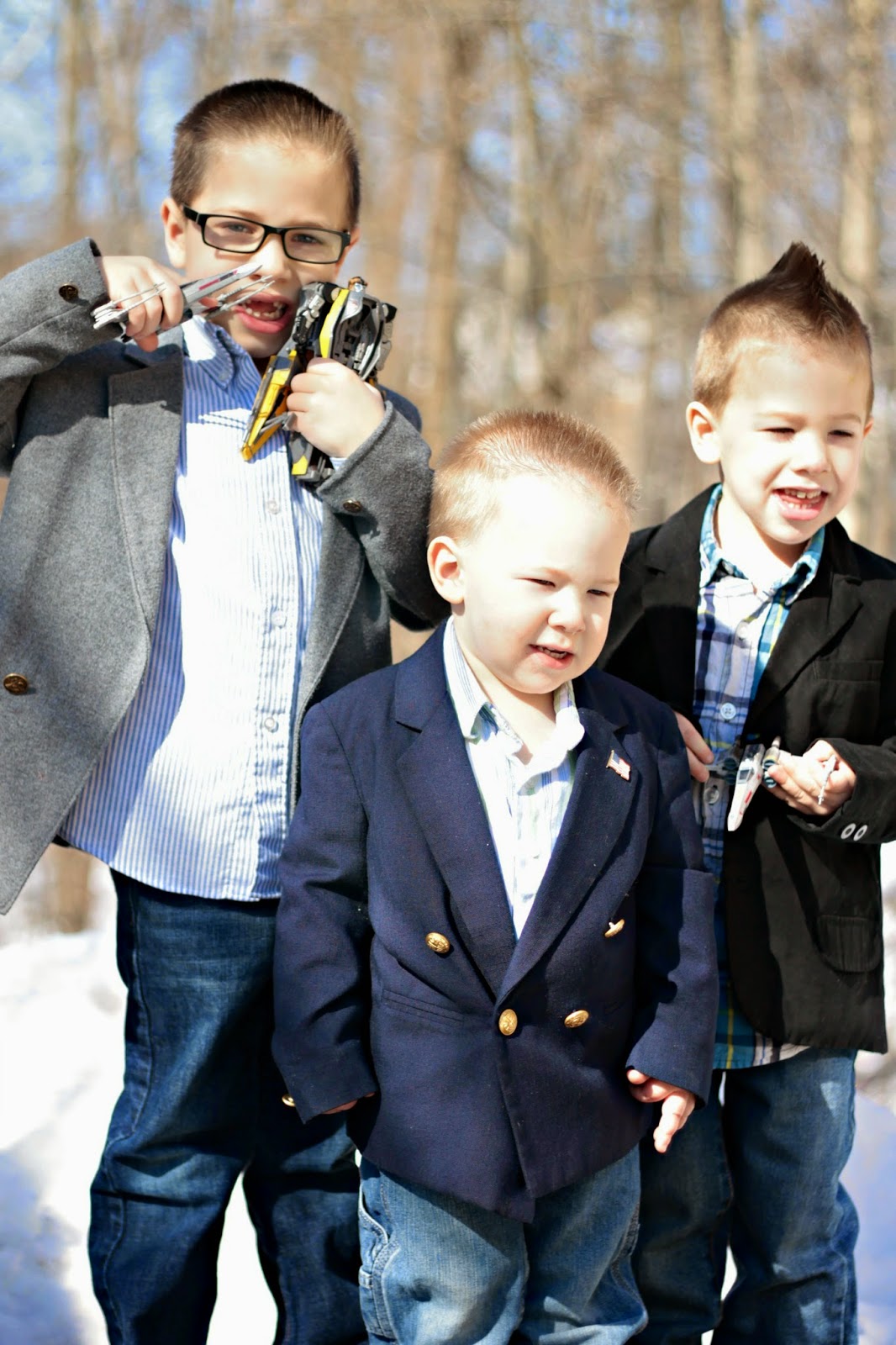 Swallowing down my initial reaction of wanting to make him take those words back, I knew he'd never learn from a lecture or any outbursts. So taking a cue from an American classic, "It's a Wonderful Life", I decided to give my own "George Bailey" his wish. 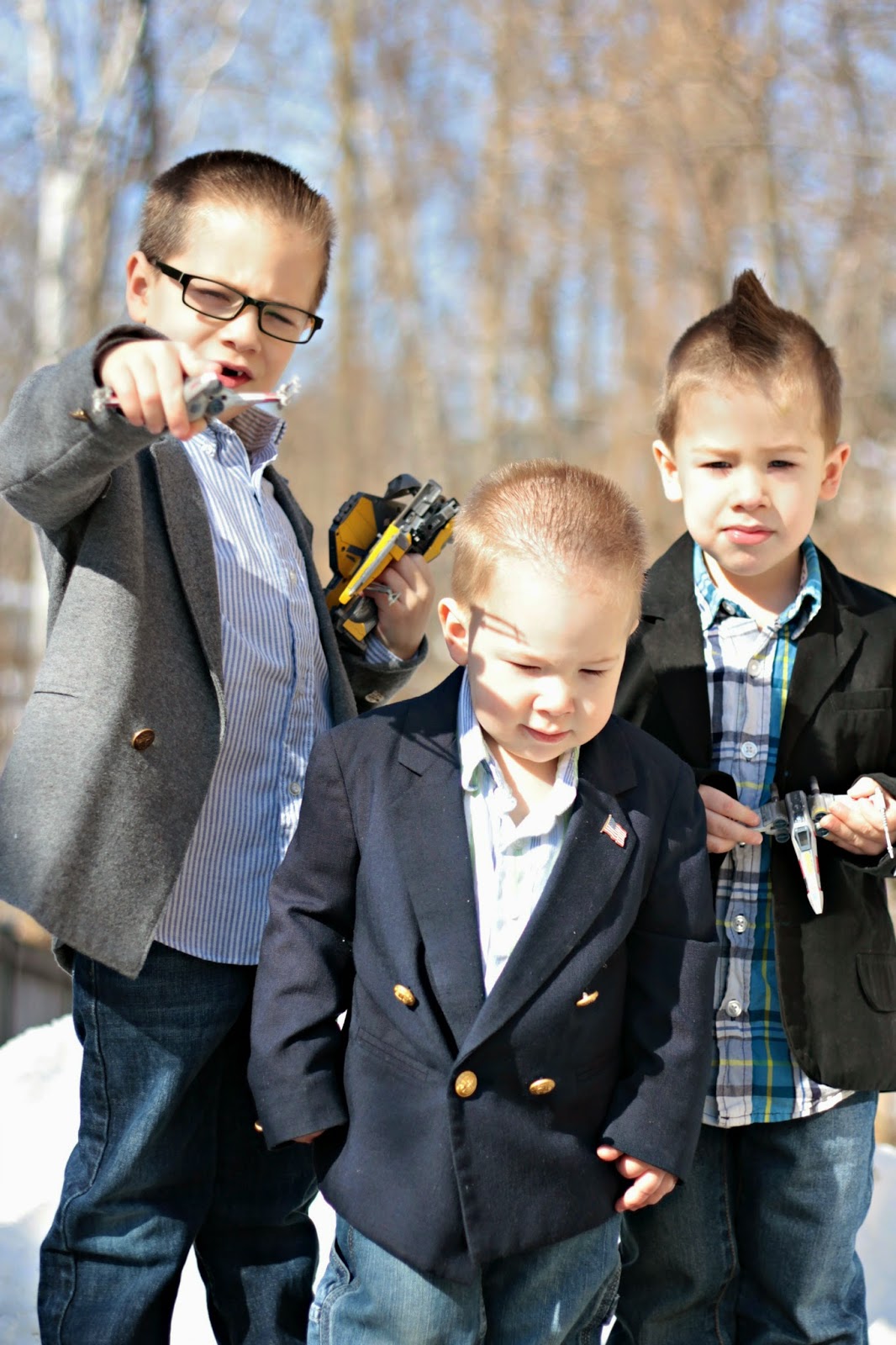 I asked him if he really meant that and he adamantly reaffirmed his wish for a lone childhood. So I told him, "then it's done, you have no brothers. It's just me and you." I told him not to talk to, play with, or interact with his brothers at all and told them the same. I gave Wils and Jeff plenty of fun games and activities to occupy them while Harrison embarked on a day of living without them. 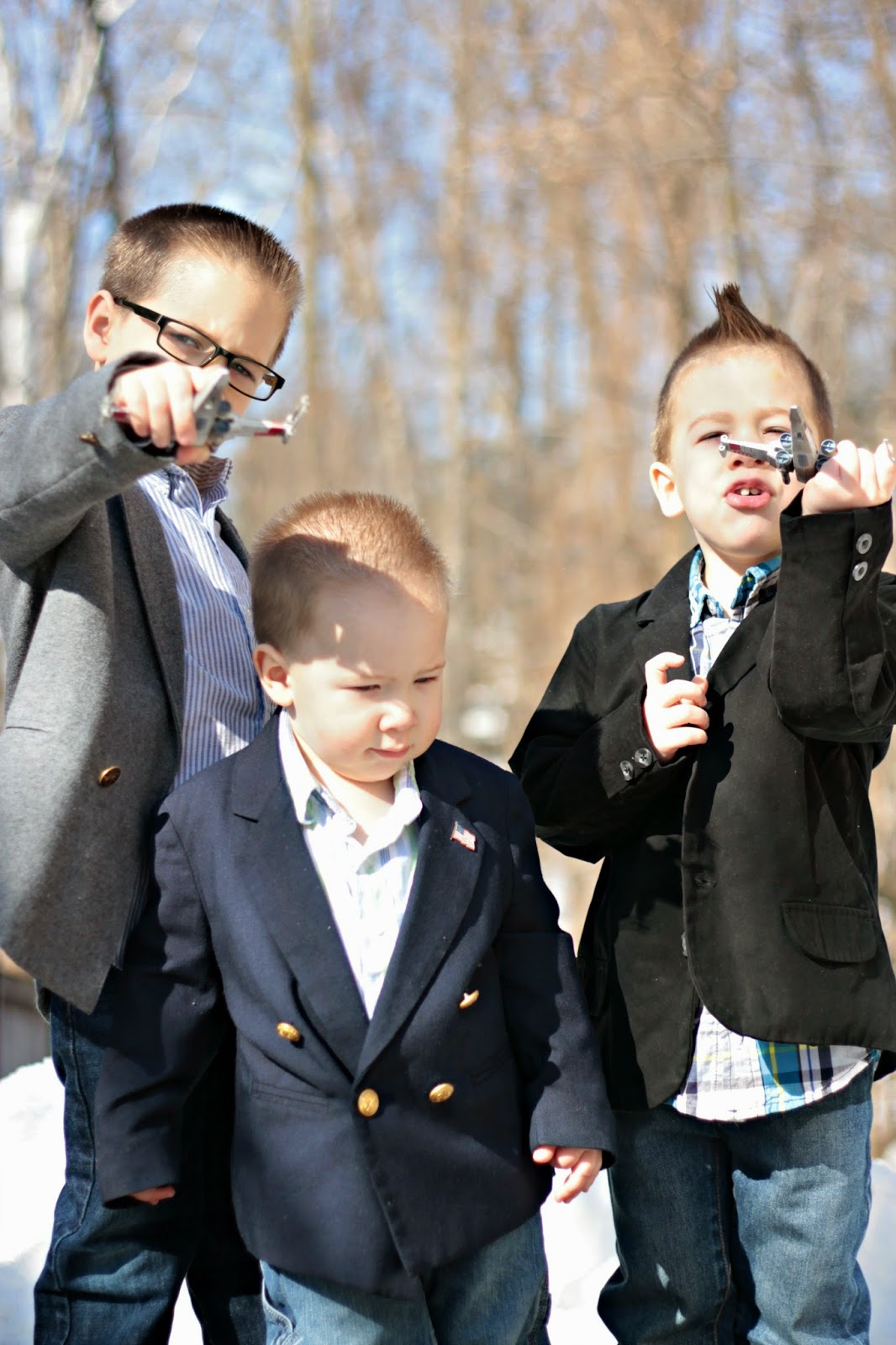 It started off fine with Harrison happily playing intrusion free but soon he was single-handedly completing chores and housework since he had no brothers to help with tasks. Toys grew boring with no one to interact with, and he was not impressed with my lack of free time to play with him as I still had housework to finish. By afternoon he was begging for his brothers back. After they woke from their naps he rushed them in his arms and told them how much he loved them and wanted to play anything they wanted right then!
It seemed being brother-less was not the wonderful life he thought. Getting his wish made him miserable and grateful all at once knowing he'd rather have brothers to wreck his Lego creations than to be alone. Watching all three boys reunited after that day apart was the sweetest and most rewarding thing to witness.
Seems "Clarance" had the right idea to give someone what they think they want to discover what they already have. Life with lots of siblings may be chaos and loud, but to these little men, they know they really do have a wonderful life.
Labels: Brothers Hide it in Your Heart parenting