What is it about repeating a trip, a memory, a picture in the exact same spot year after year, that keeps families diligently locked into annual repetition. 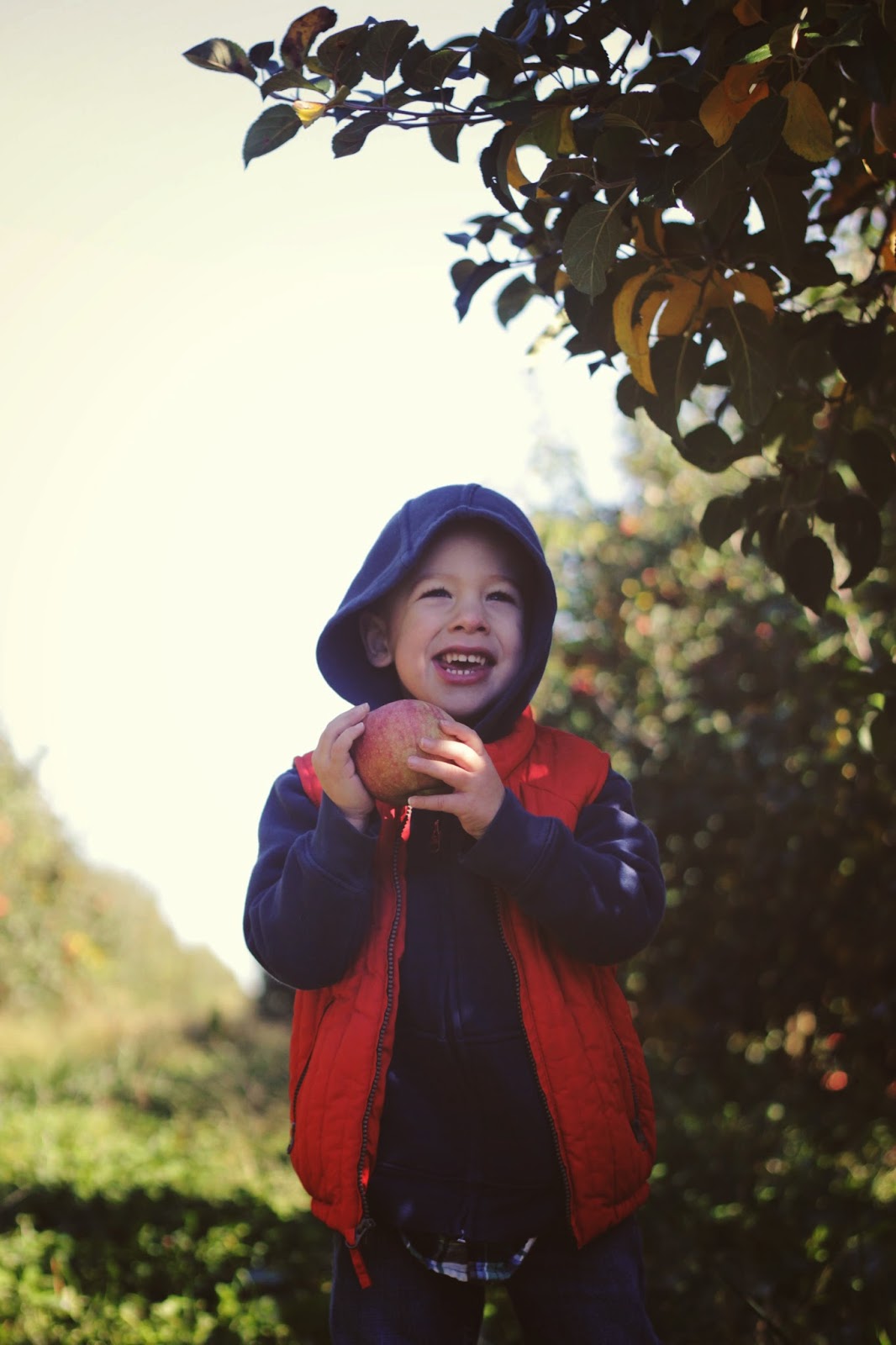 I guess to some it may sound predicatively boring, but there is something about keeping a memory alive, year after year, generation after generation, that grows an excitement, a bond, and loads of embarrassing stories to tell over the years. 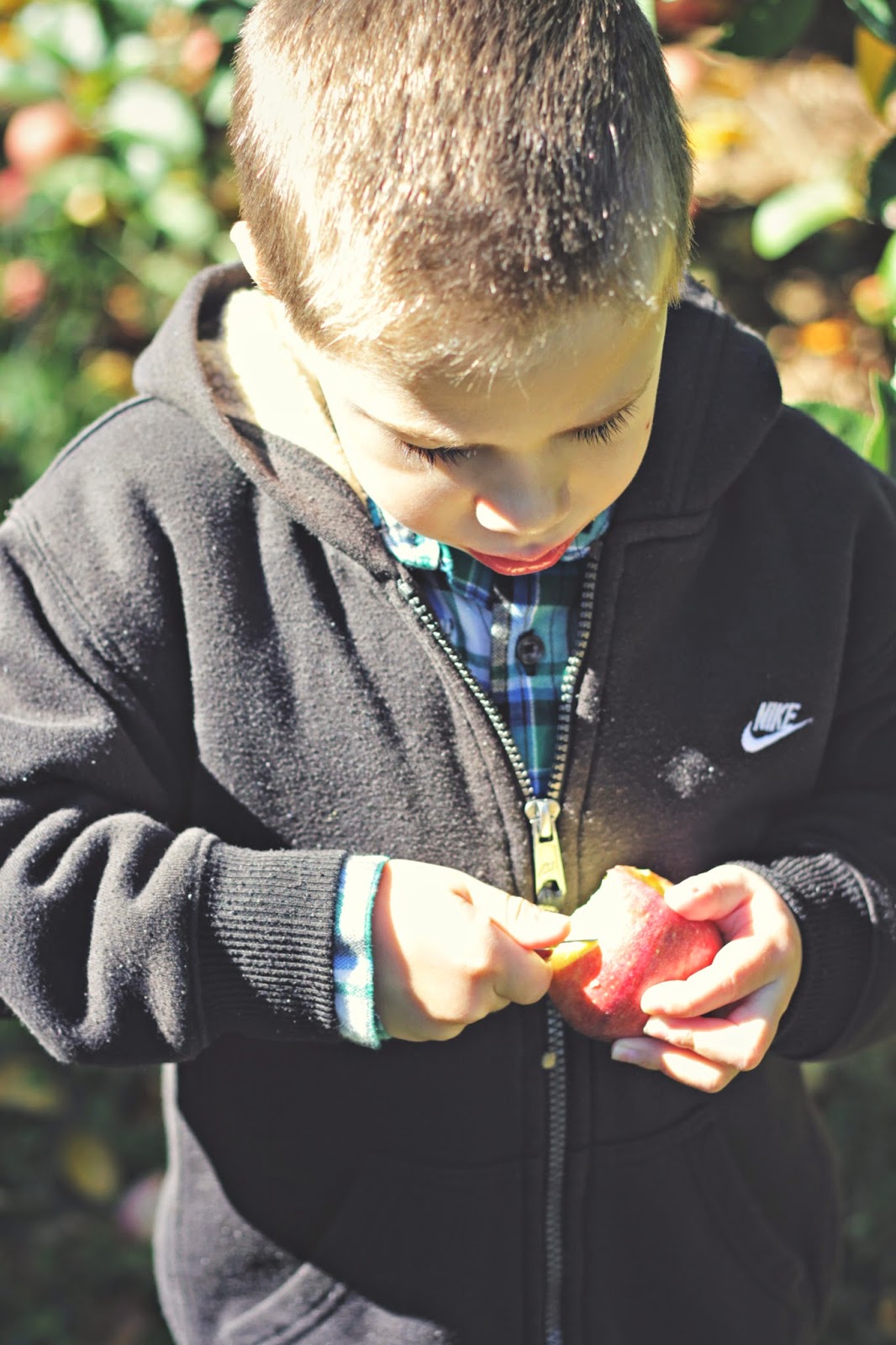 Our annual apple picking trip is one of these traditions. I've been loaded in the back of a car every Fall since I was a pig-tailed wielding little girl and driven into orchard covered mountains for a day of apple picking. 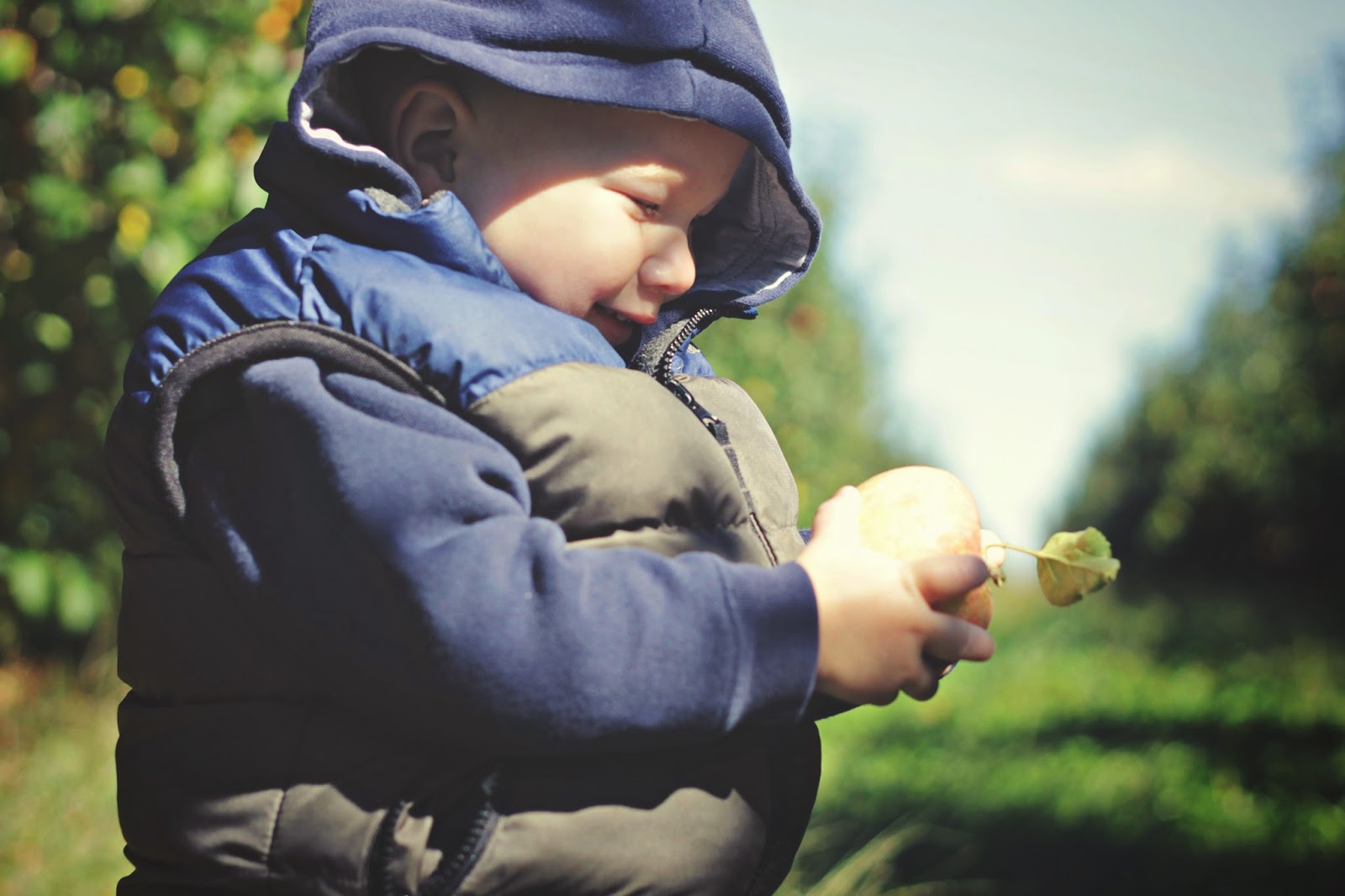 Before that, my Dad was orchard bound as a cub scout in training. And now my own boys have been annually hiked into apple forests and load carts, crates, and bags full of "edible bombs". 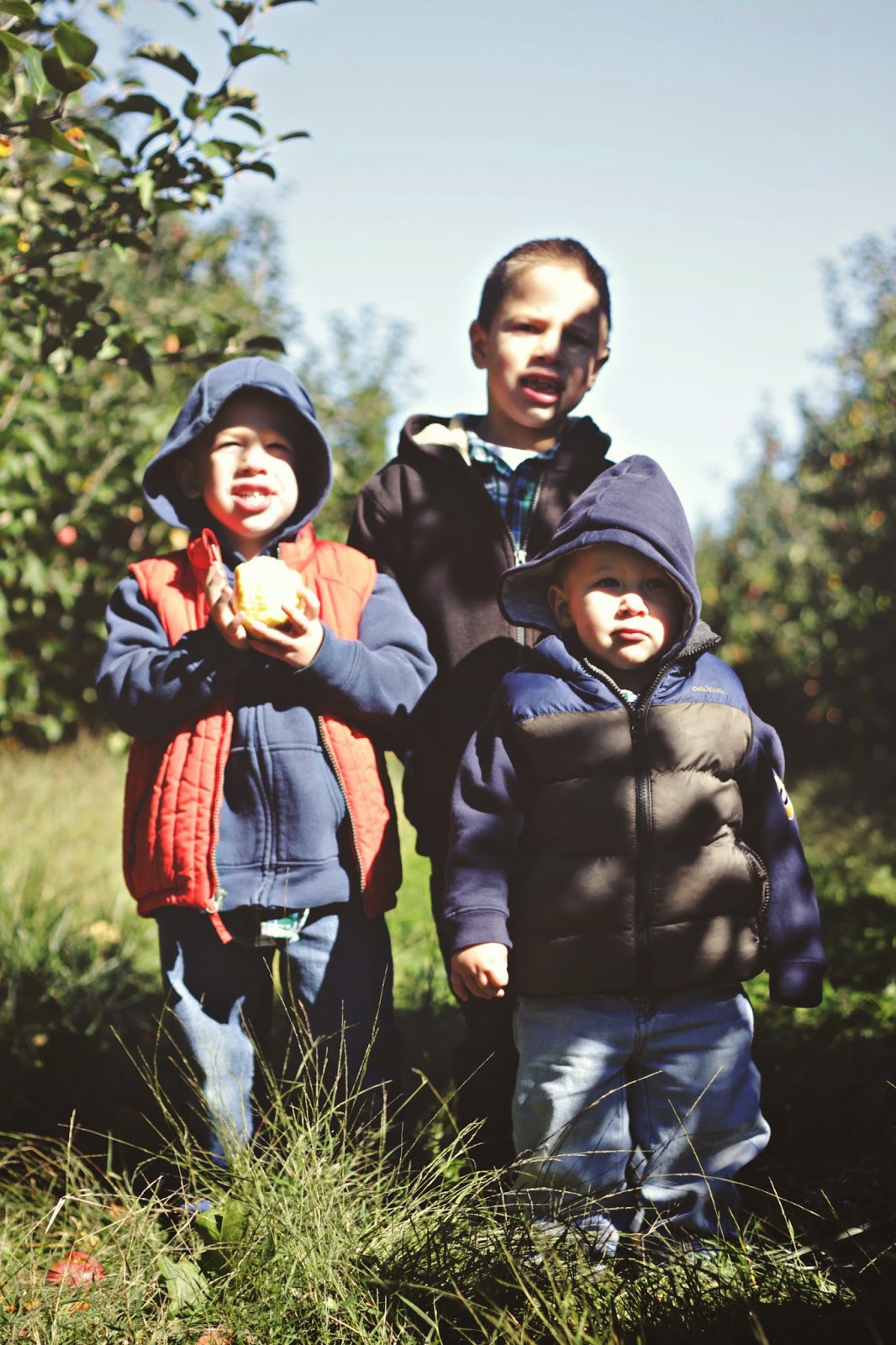 It's something we know is coming, every fall. Just like our Christmas Eve salad, birthday paper chains, and Thanksgiving Day Parade, you know it's going to be there, it's going to happen and it wouldn't be the same without it. 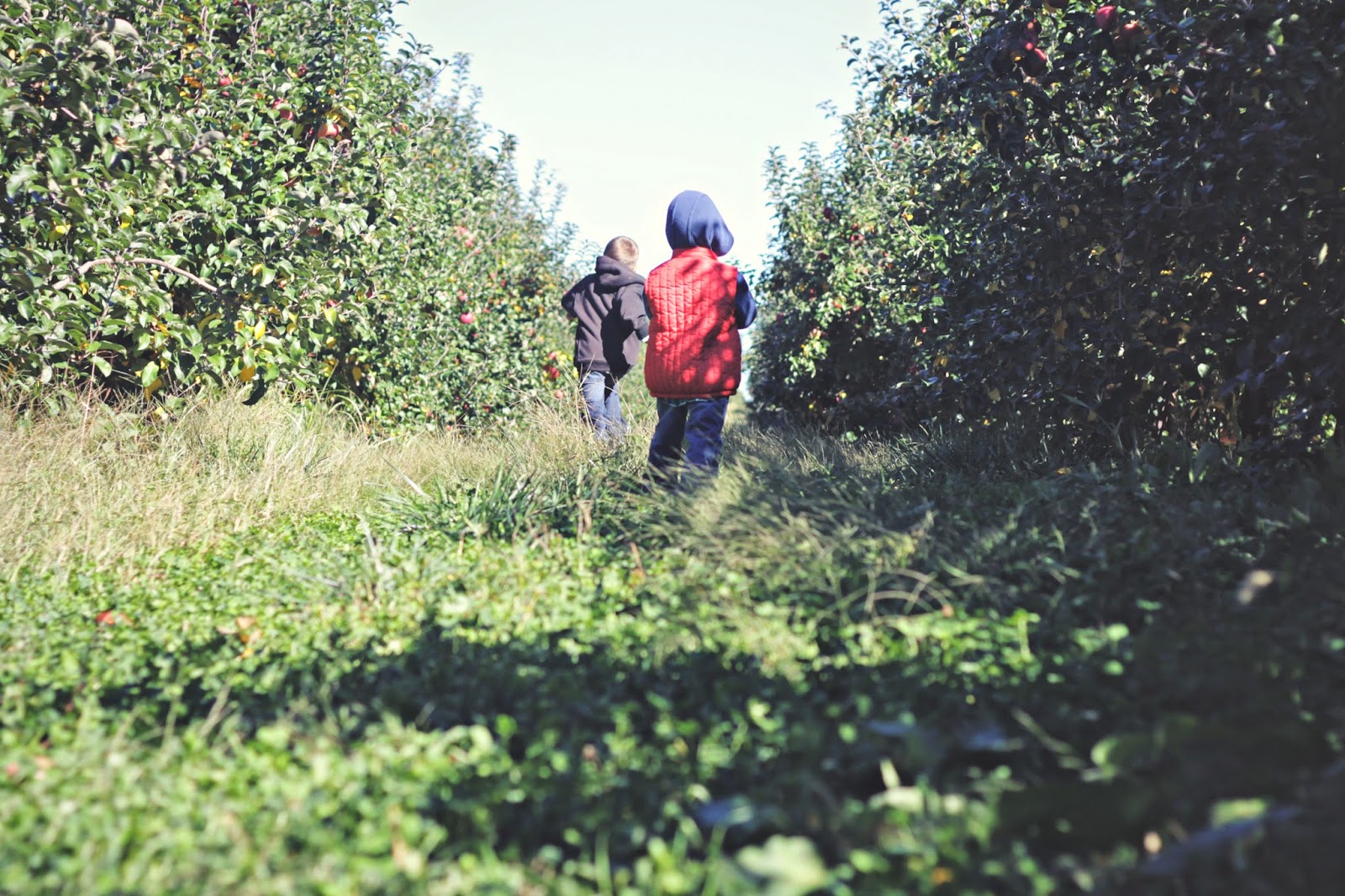 The youngest start falling into the cycle of anticipation and reminiscing and tradition locks onto the next generation. And I think that's the way it's supposed to be. It's how families forge memories and milestones over decades and distance. 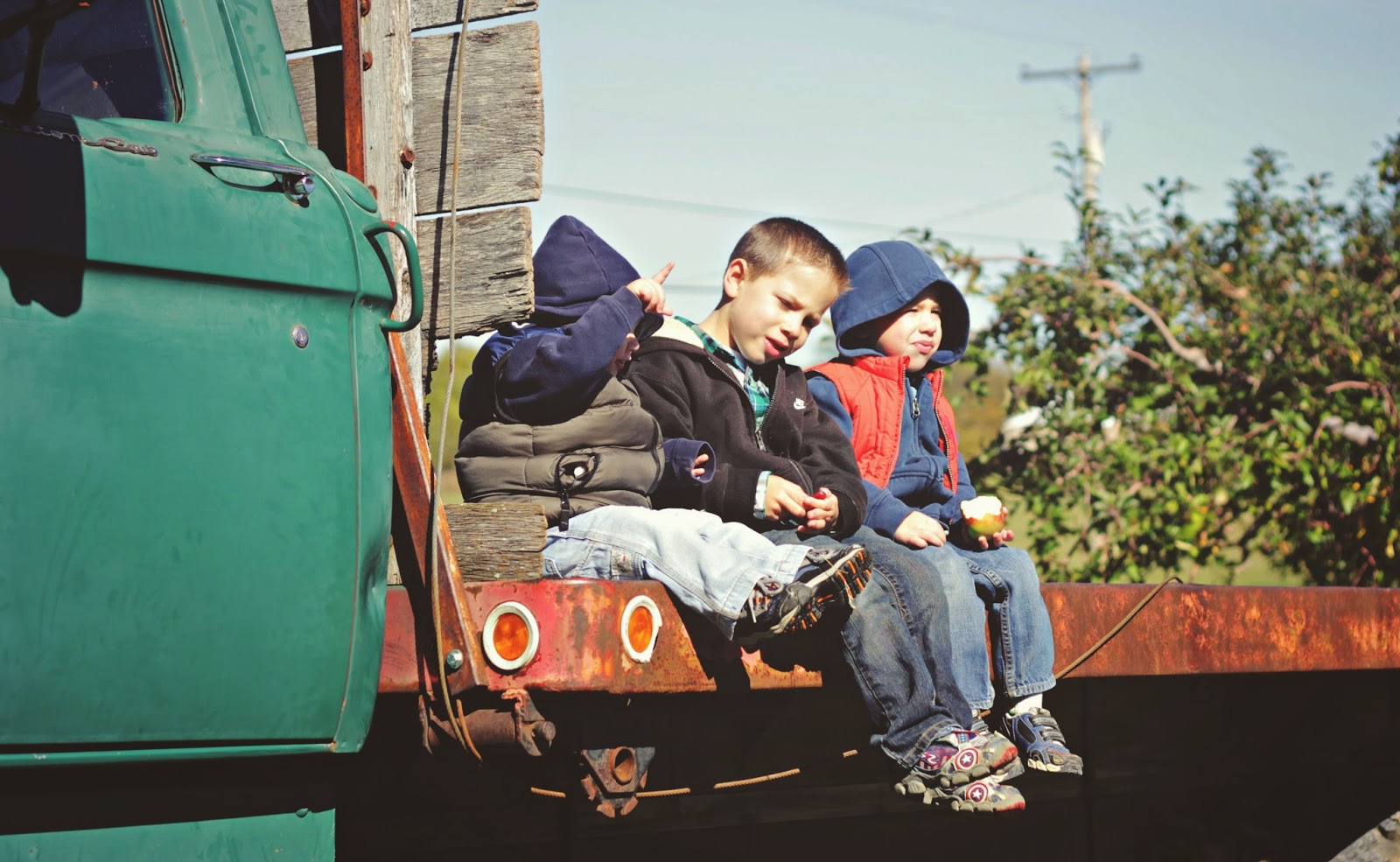 It's what keeps disinterested teens secretly enjoying being a part of the crazy family they wouldn't trade for anything. It keeps busy work schedules, crazy deadlines, and hectic rat races behind for even a few hours all for a dedicated moment in the name of tradition. 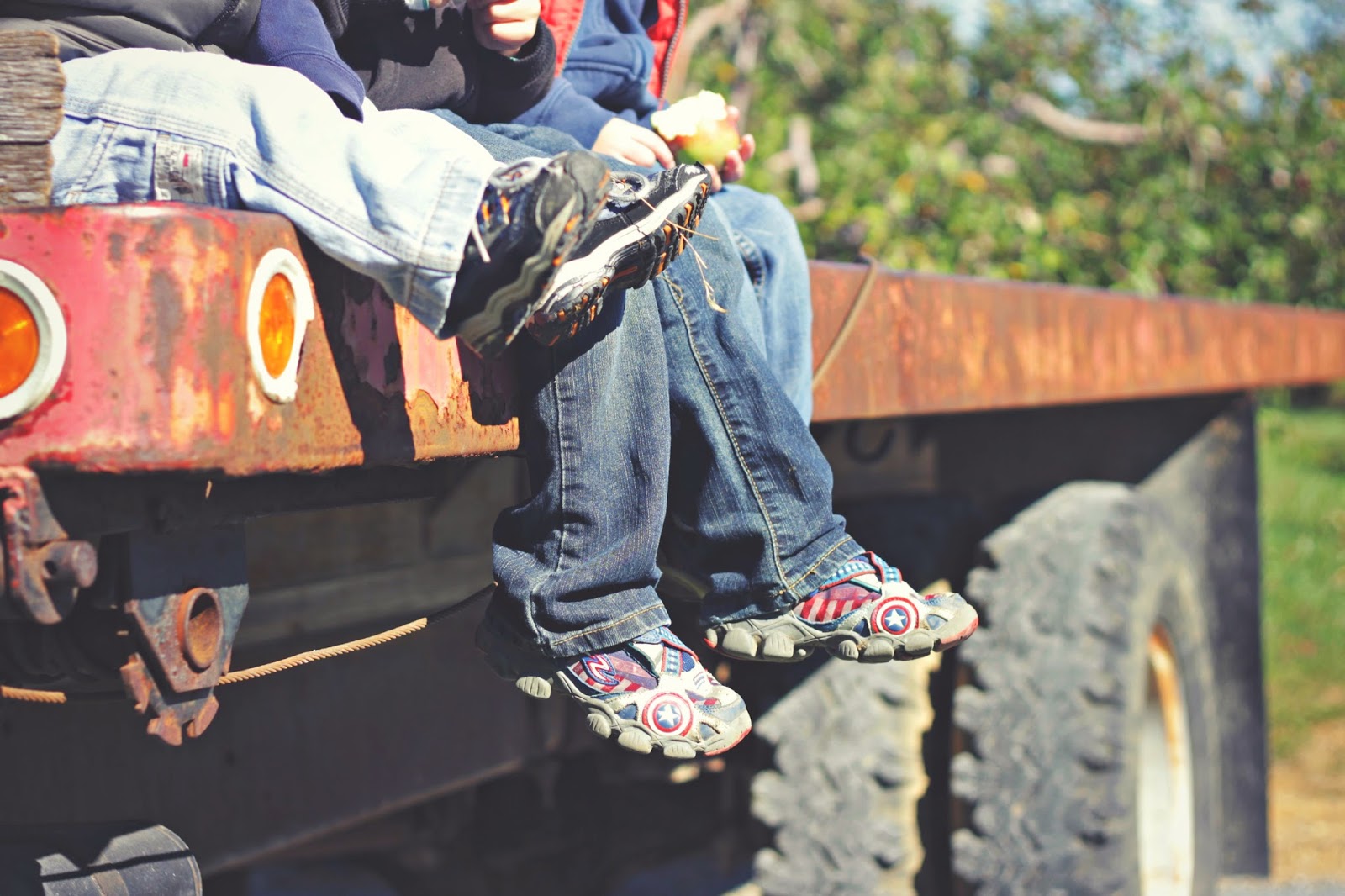 So here's to years to come of orchard filled memories, apple tasting pictures, and watching boys come to tower over me in the apple picking years to come.
Labels: Family Outdoors Traditions travel