I'm ignoring the yellow tinge to the leaves on the trees outside my kitchen window. I'm ignoring that subtle shift in the evening air. I'm ignoring all the posts and statuses about longing for sweaters and hot chocolate. 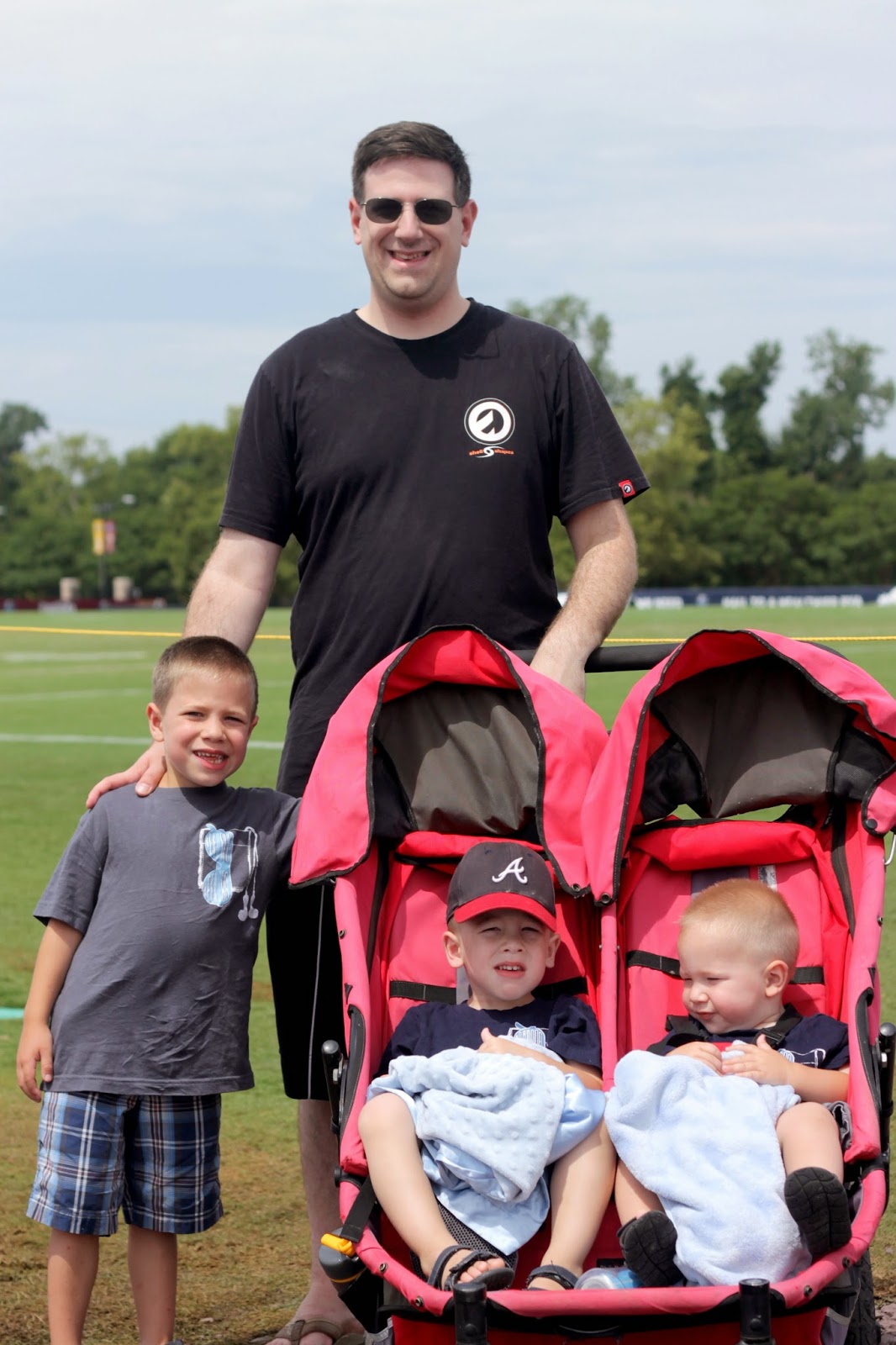 But what I cannot ignore, mainly due to the four men in my life who would never let me do otherwise, is the start of football season. 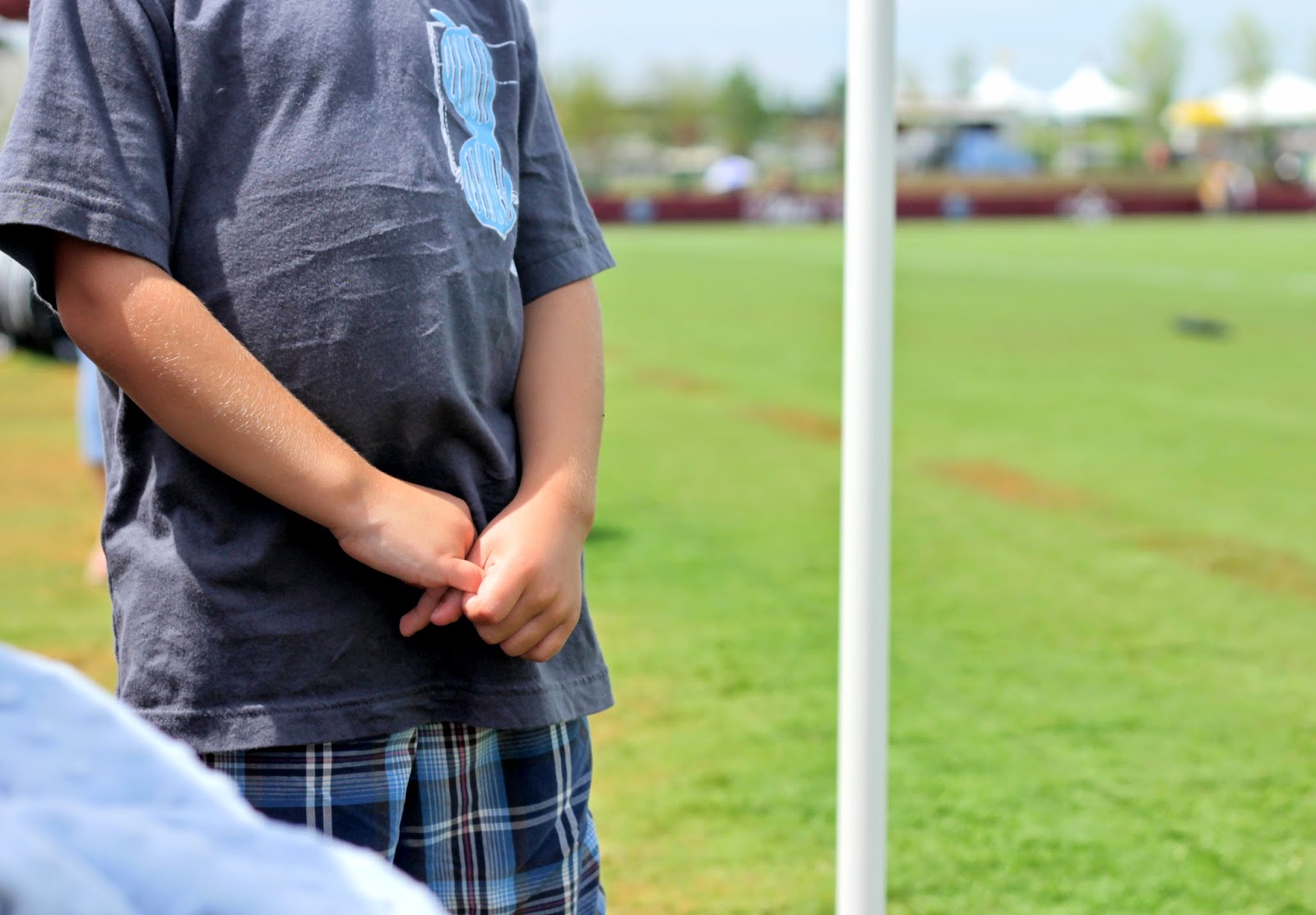 It's marked on calendars along with the birthdays. It's planned for and anticipated like a holiday. And it's a well known fact we will all be donning our team colors, chopping up some pico de gallo, and yelling at a screen for three hours, several times a week. 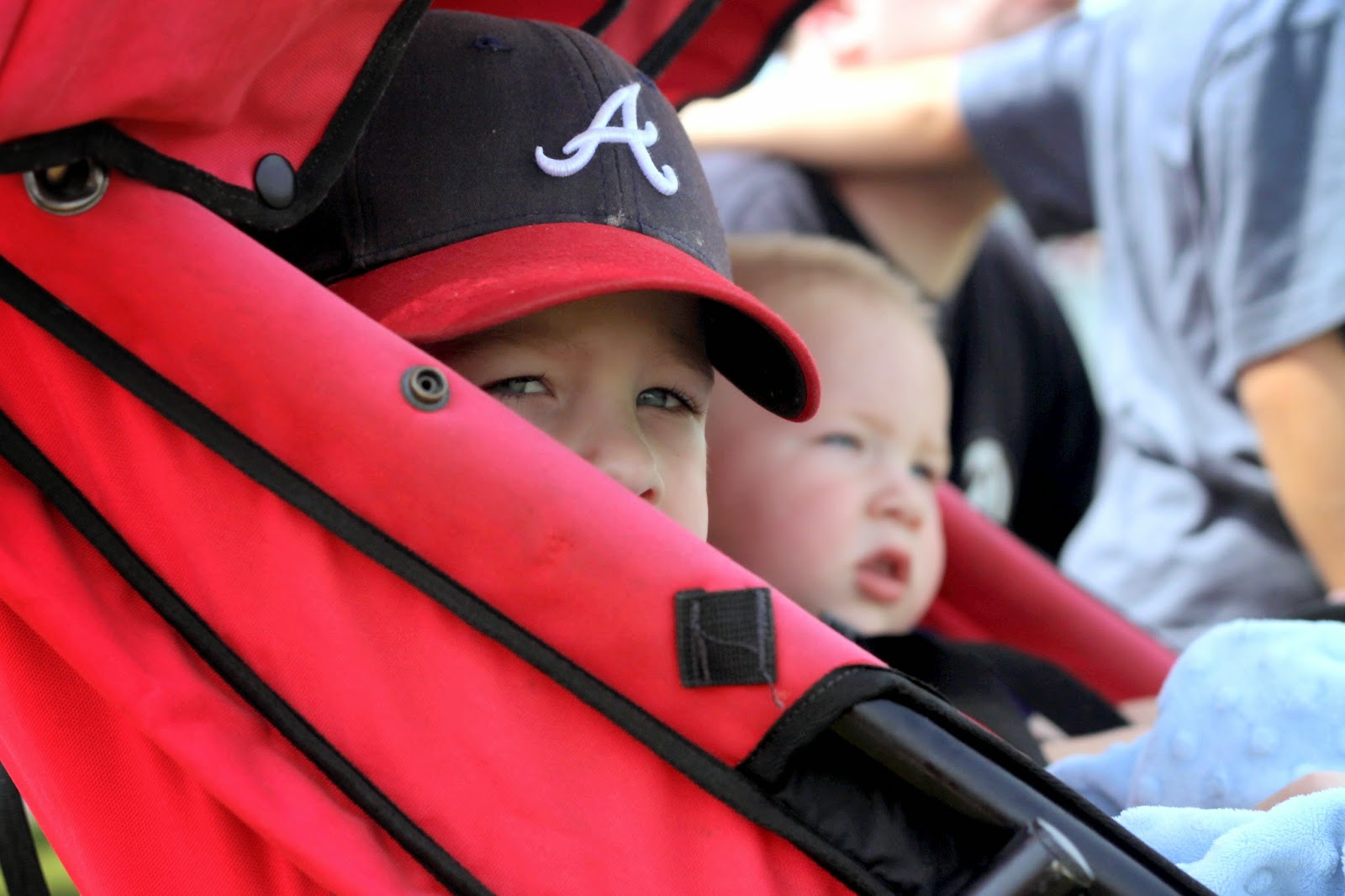 Every opportunity for more football is seized eagerly. Since I can empathize with the men's in my life seasonal passions, we loaded up and spent a sunny afternoon at the Redskins Training Camp. 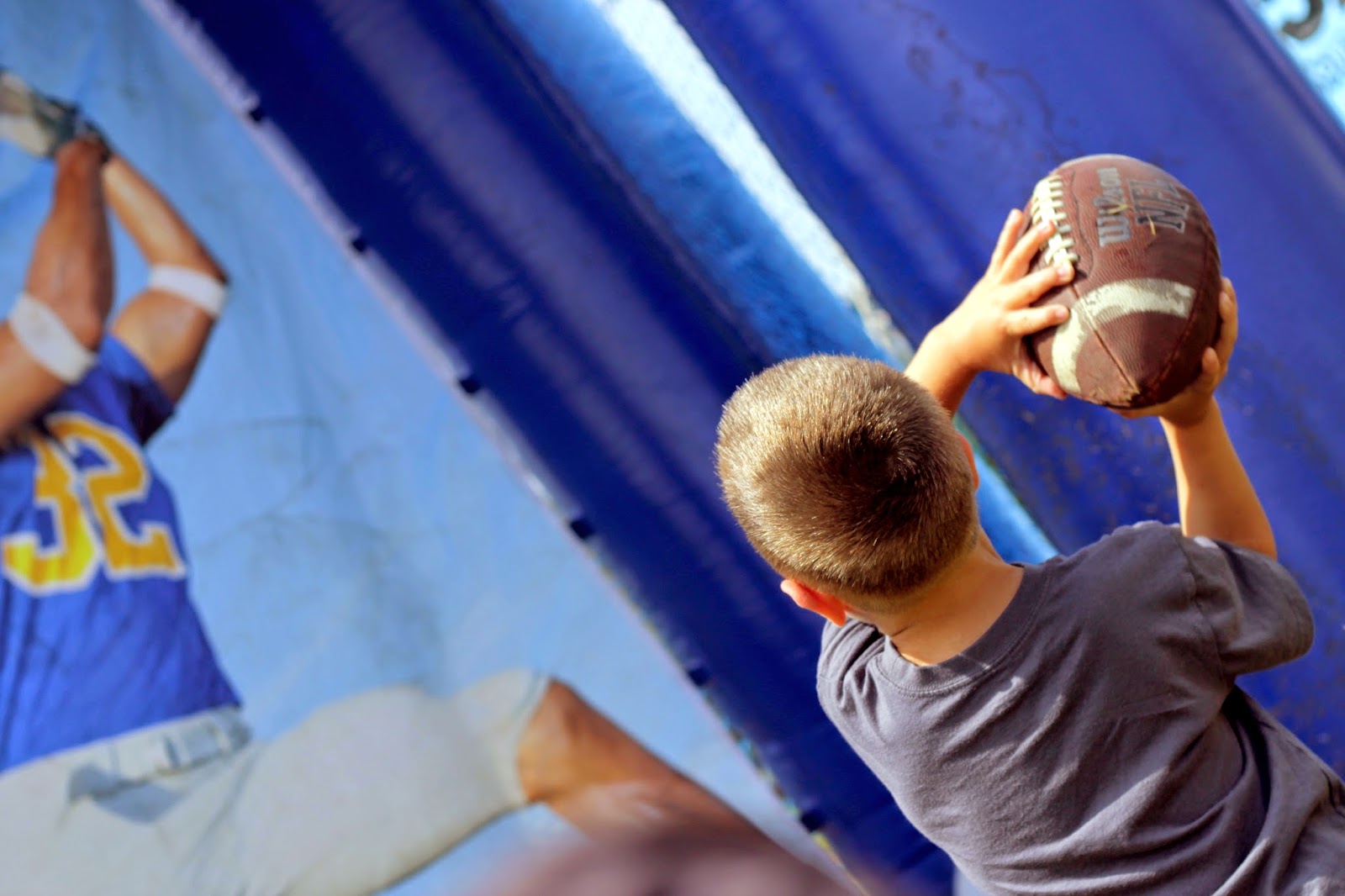 This was the kind of camp my boys are all about and being a quiet observer of their excitement and love for the sport gave me little glimpses of what ignites them inside. 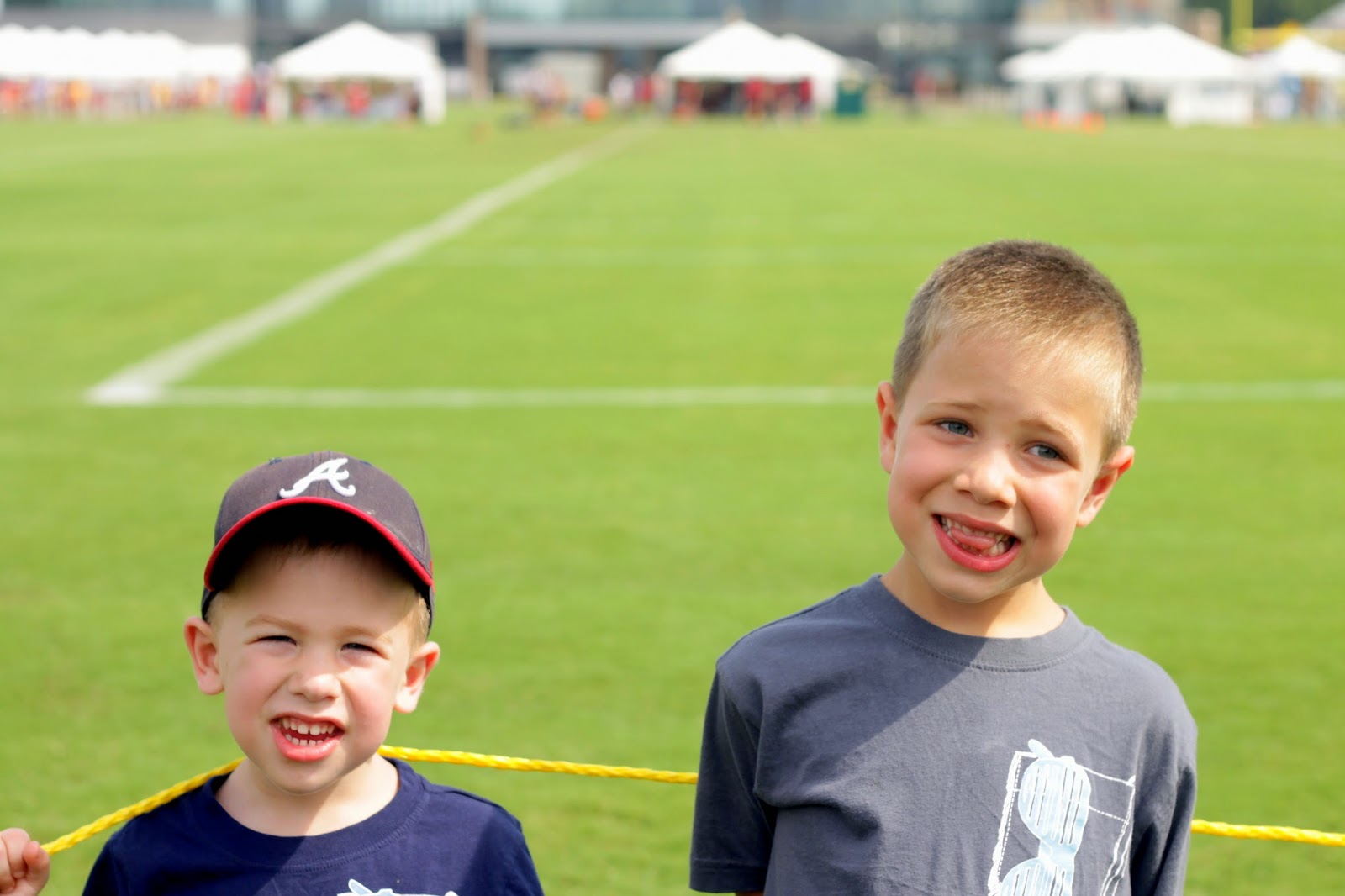 Just gazing across the field in awe, or staring up to the top of the goal posts, left them speechless and still as they soaked it all in as if the moment would go too swiftly. 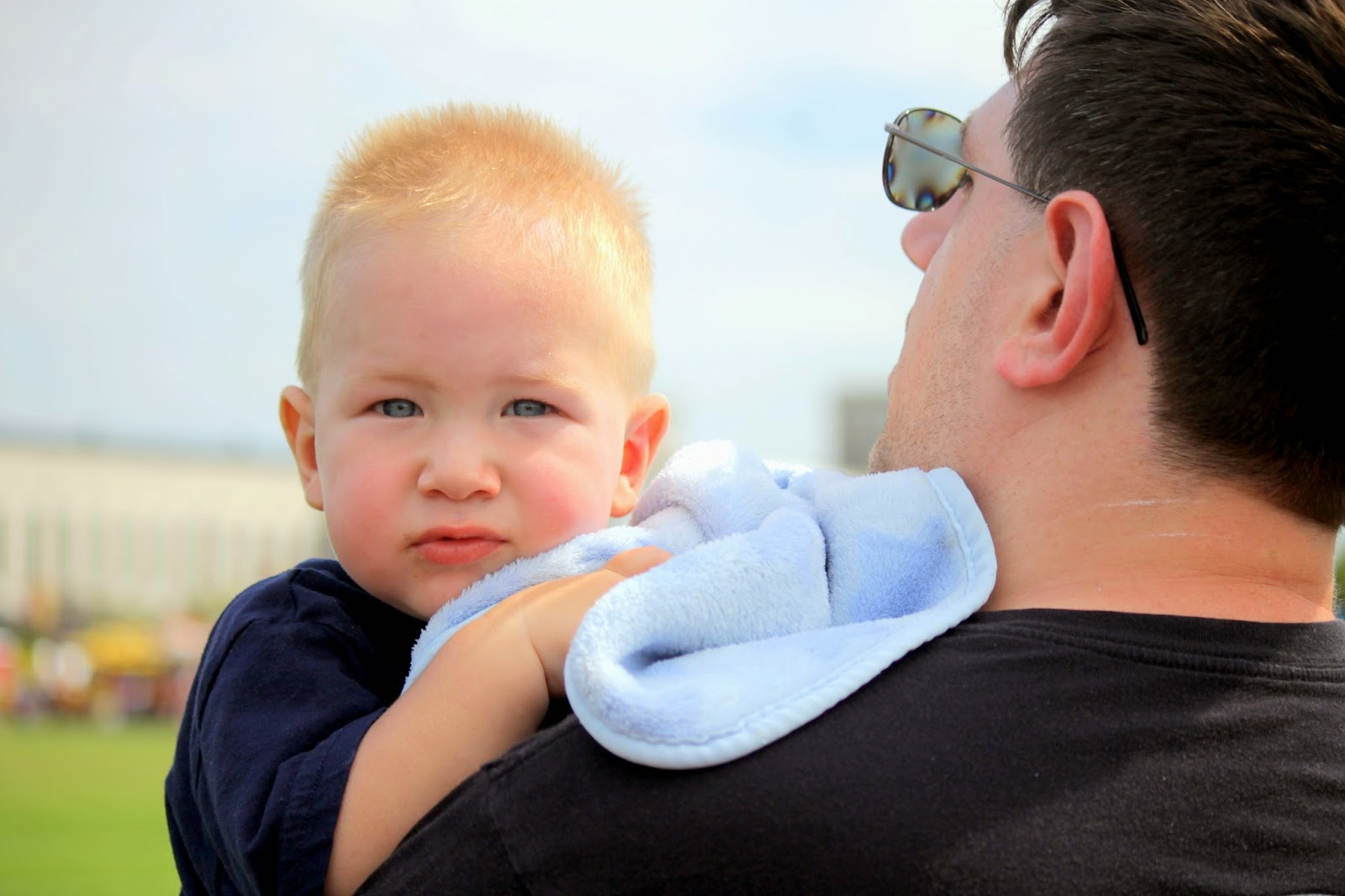 As if it couldn't get any better than astro-turf, apparently kids who couldn't see over the fence had the privileged of just hopping it and sitting in the end-zone. 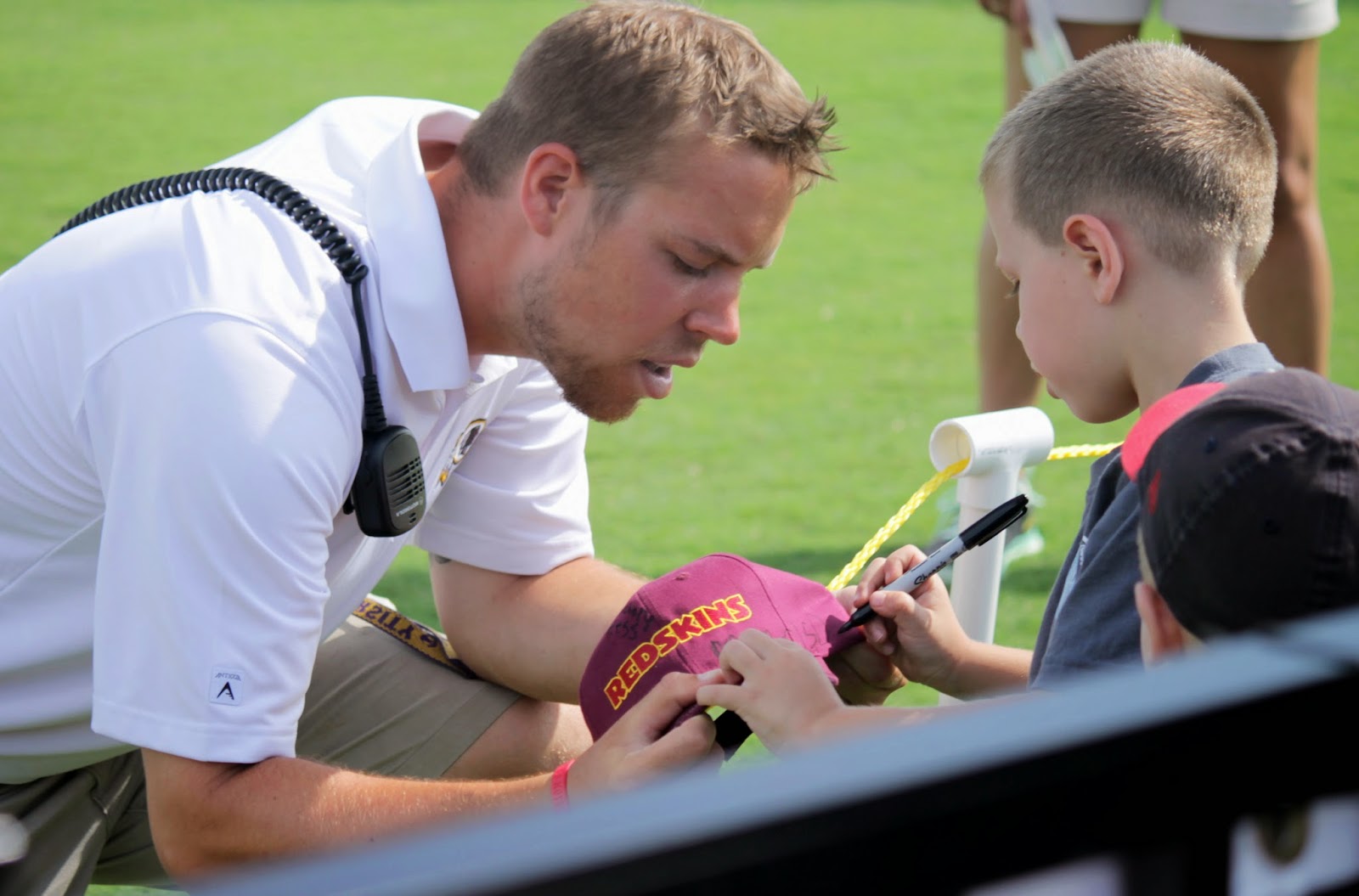 Waiting for the players to take the field wasn't the highlight of their day, but this awesome assistant on the coaching staff came over and asked for the boy's autographs. 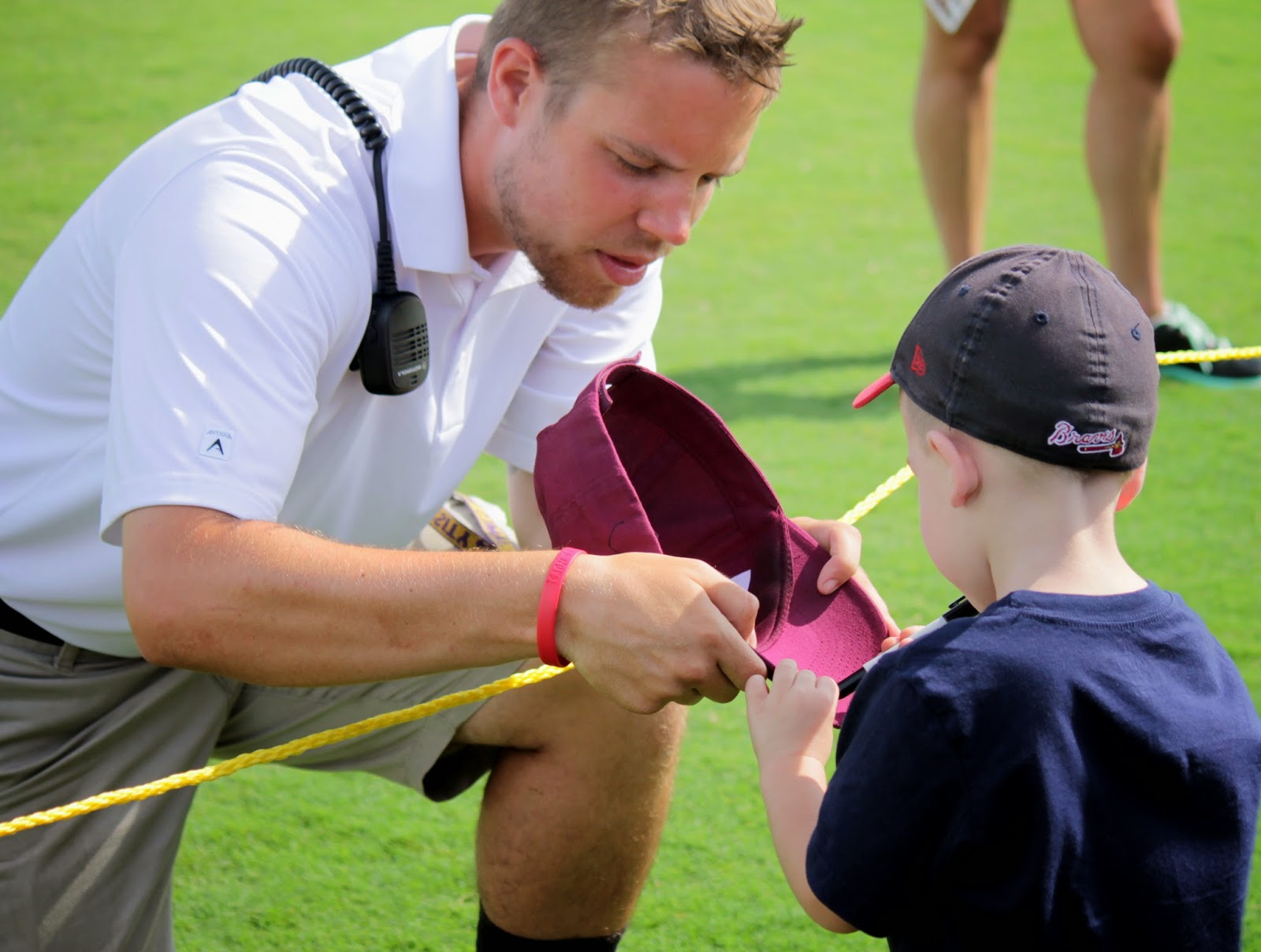 I'm assuming he's just good at recognizing raw talent and knows those John Hancocks will be worth something one day ;) 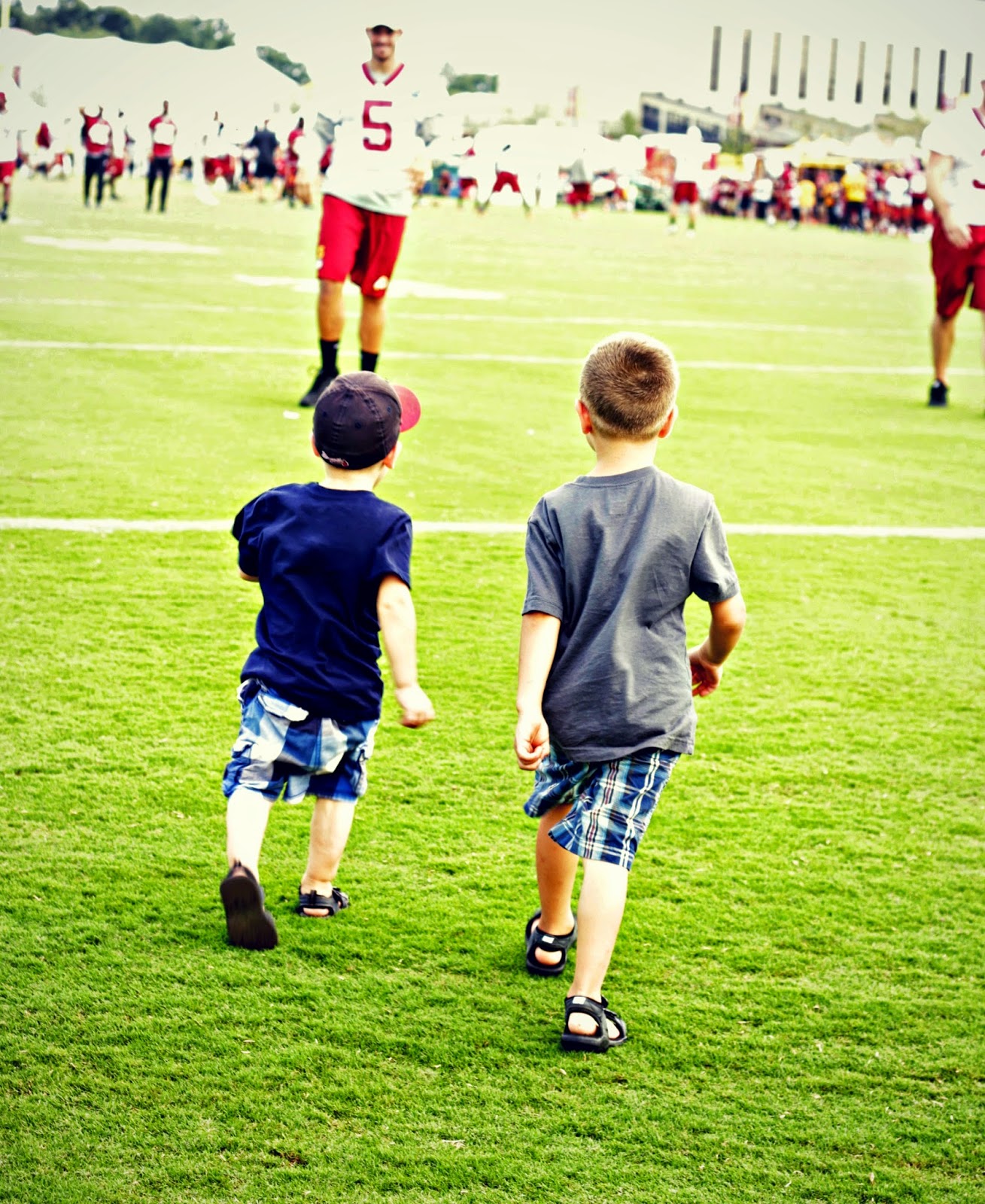 Finally the players stormed the field preforming under whistle blows and sideline coaching as the boys rooted for tackles and touchdowns.After practice the players came over to the kids and called a few out to actually walk on the revered astro-turf. 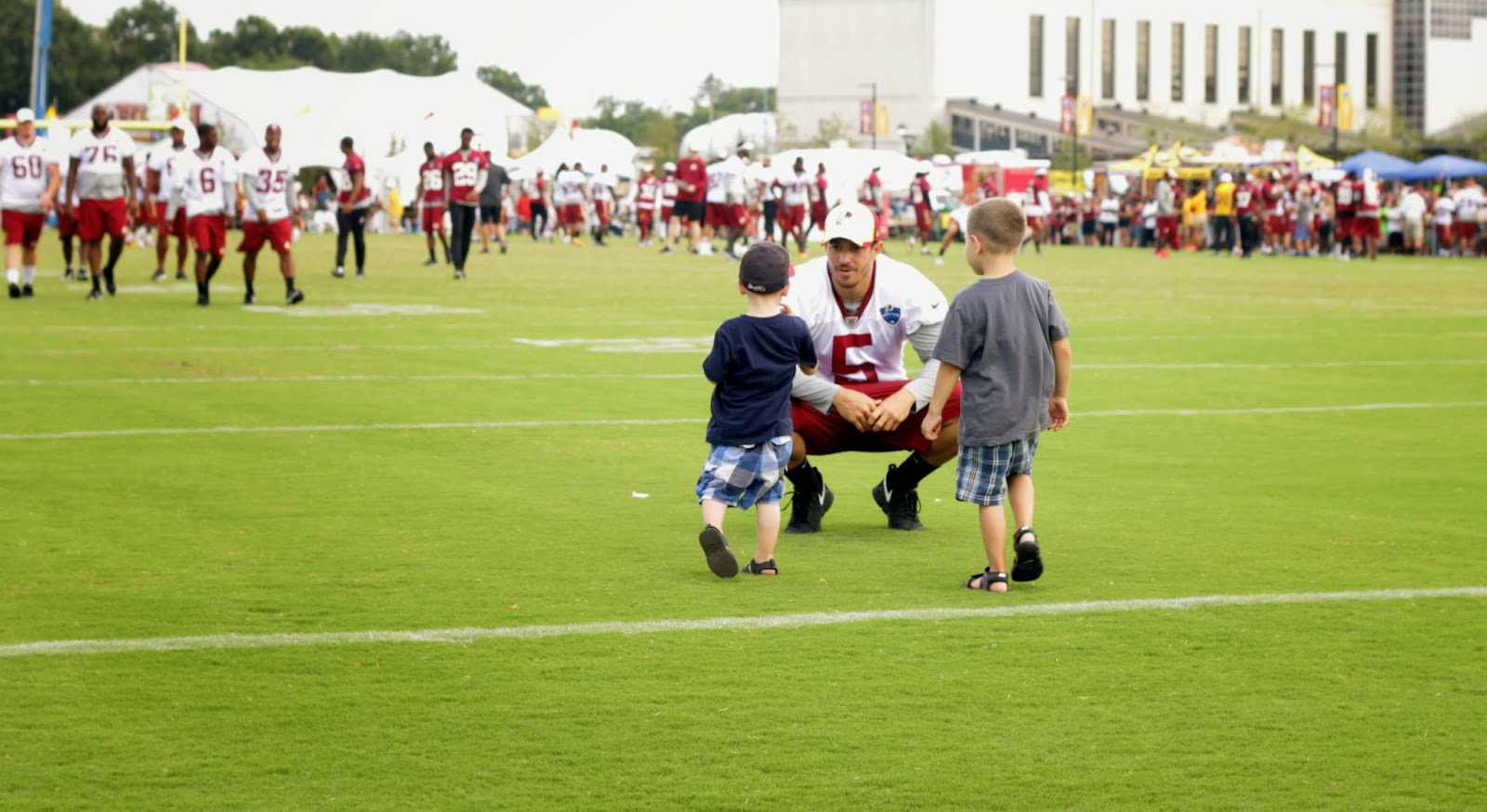 To a kid who eats and breaths football, we thought Harrison would take the opportunity to talk the guys' ears off about the game. But later we found out they had more serious things to discuss during their field time;  the beach, jumping waves, and surfing. 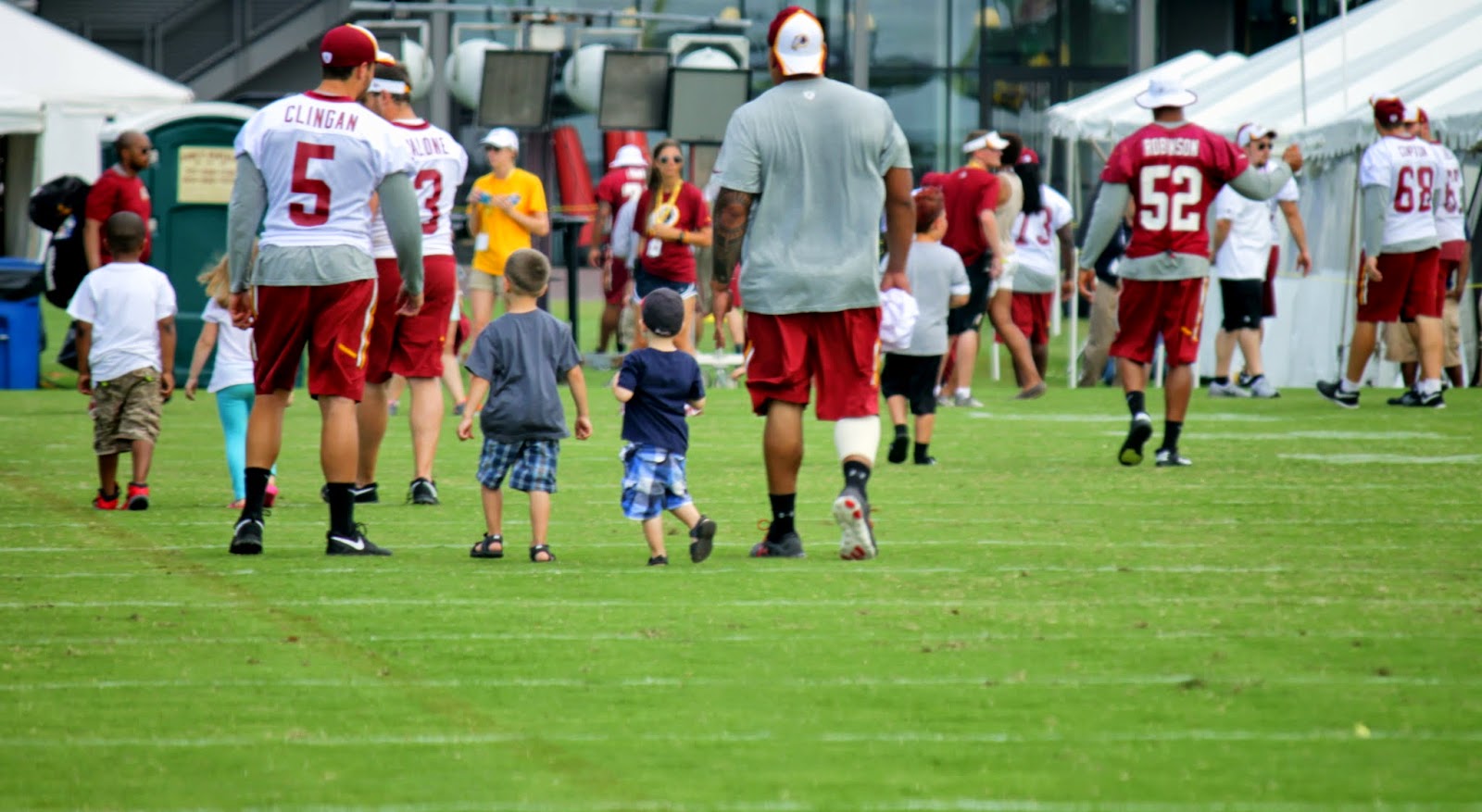 So if my summertime oceanfront love can still have a place in football, maybe the changing seasons won't be so dreaded. We'll just make everyone in this house happy and change "Fall" to "Football" and keep right on ignoring the leaves and talk ocean along with offense.
Labels: Outdoors Sports Virginia Washington D.C.