That Day We Found Adventure

God knew I needed boys for countless reasons, but one is for my never ending thirst for adventure. 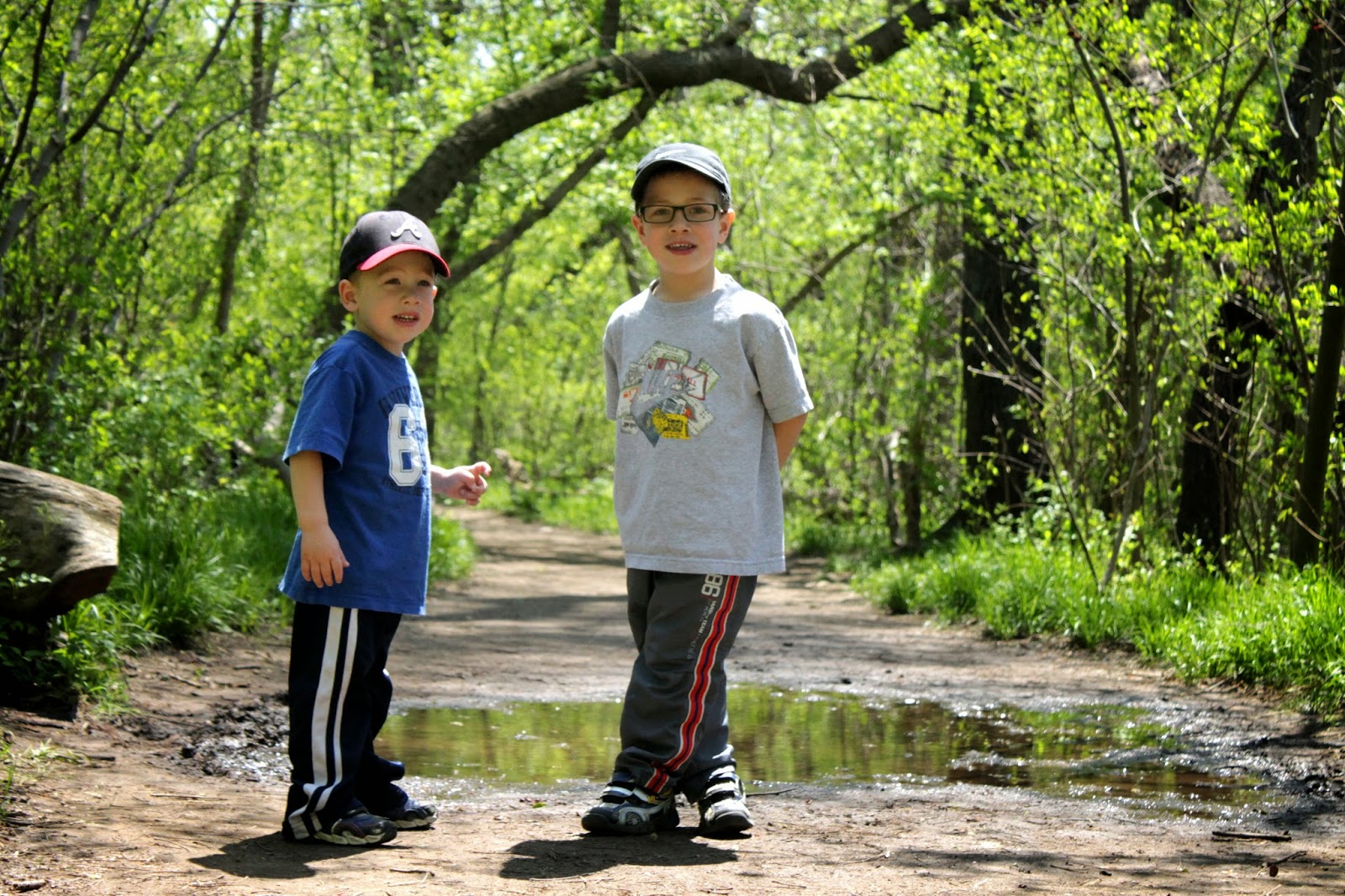 That sounds way more romantic than it is...it's really because I just get bored staying in one place. 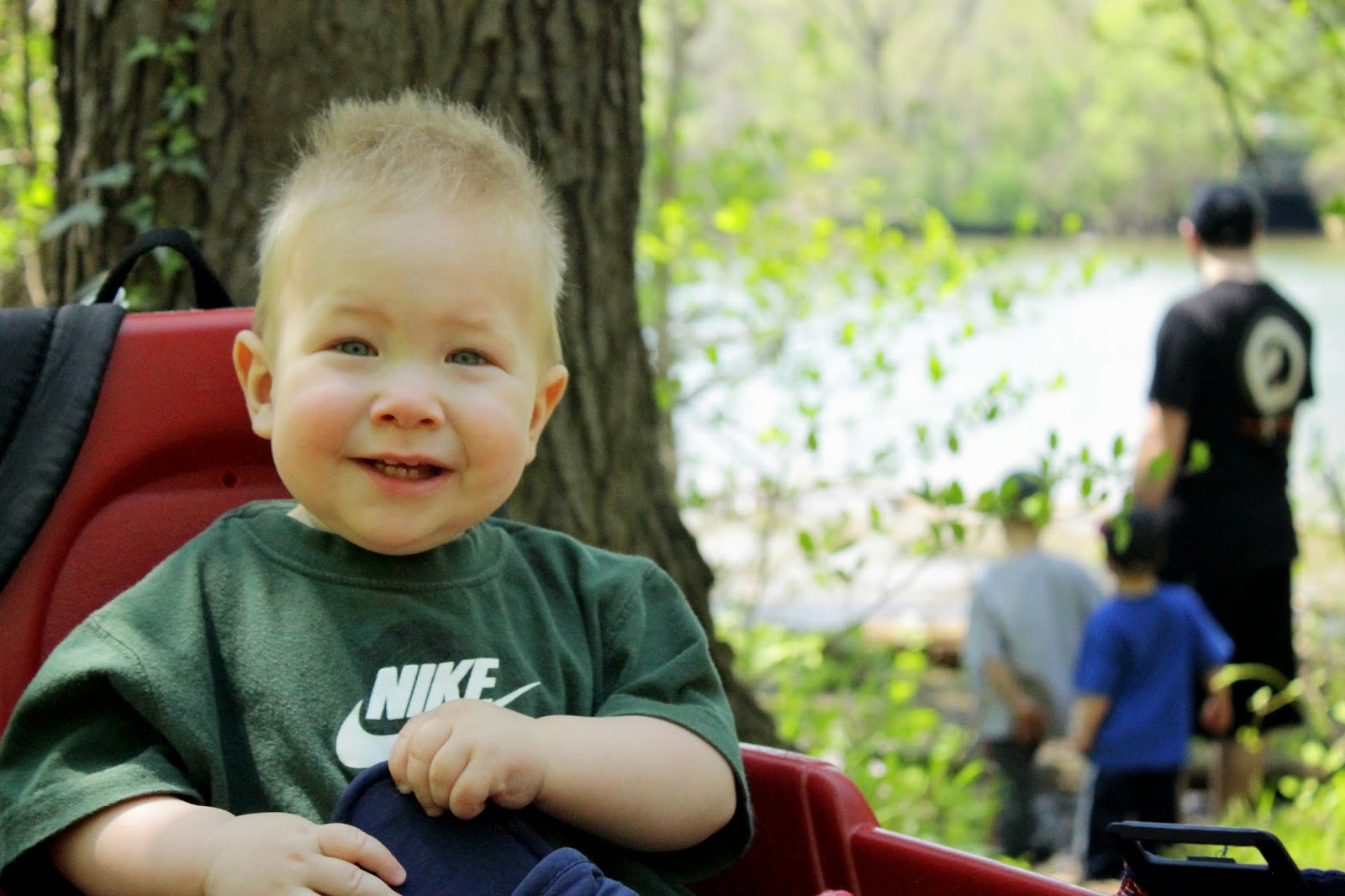 And one thing boys do very well is NOT stay in one place...like ever. 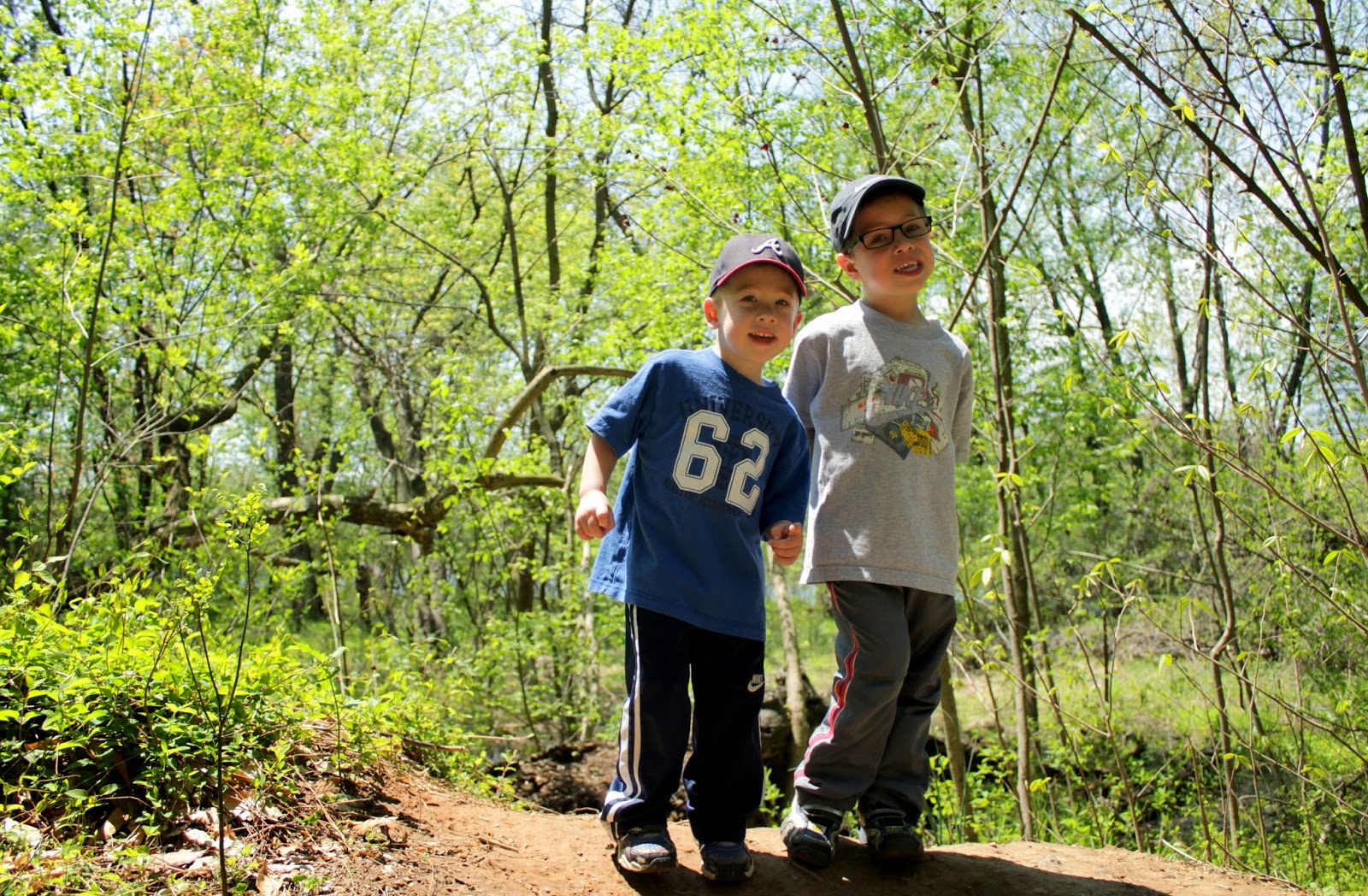 So with warmer days, grand imaginations, and growing little guys we set out to explore...an island. 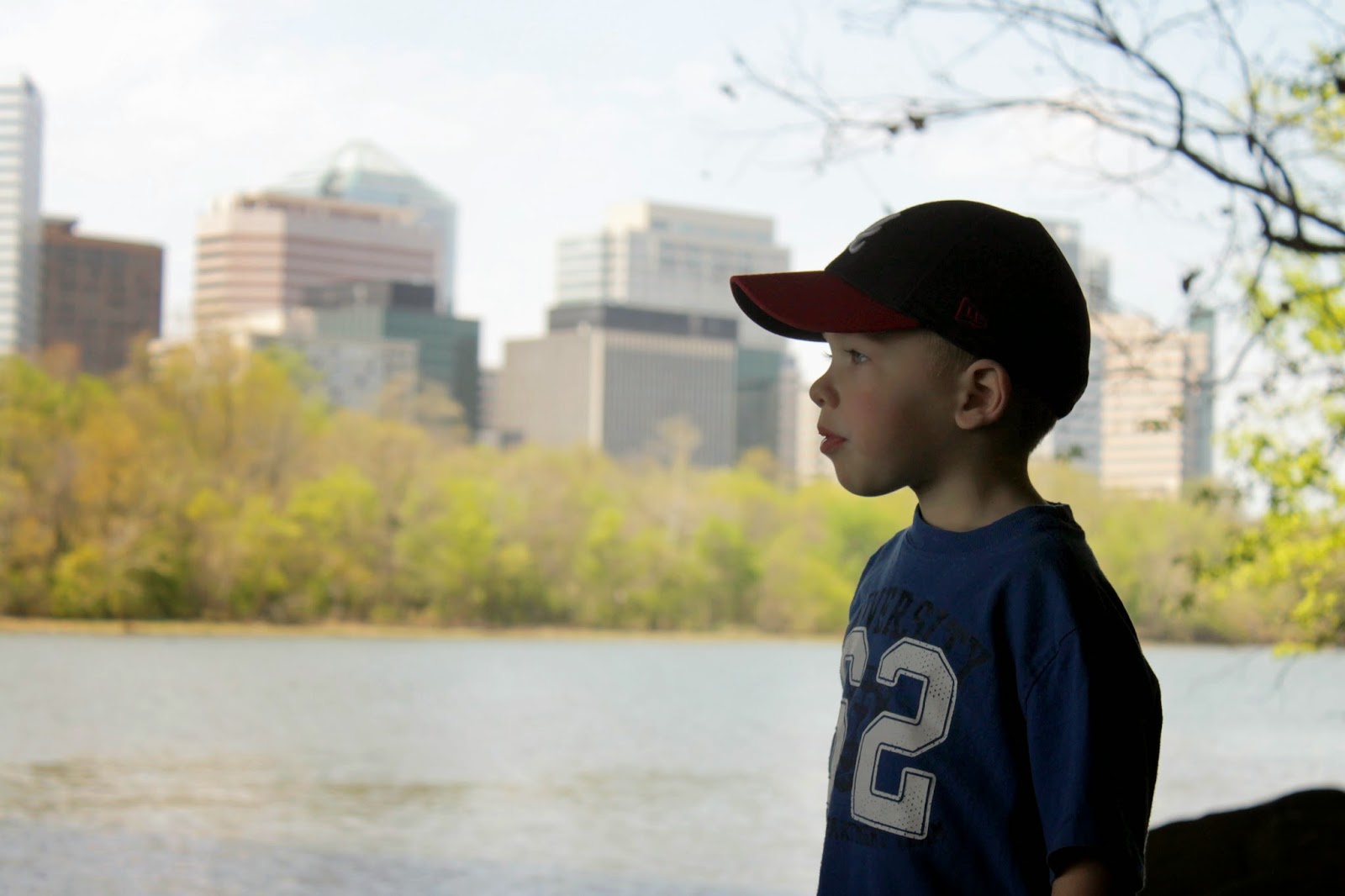 Ok, I said we used grand imaginations. With Jeff's insistence we'd run into pirates and Harrison on the look out for volcanoes I have no doubt they posses very healthy imaginations. 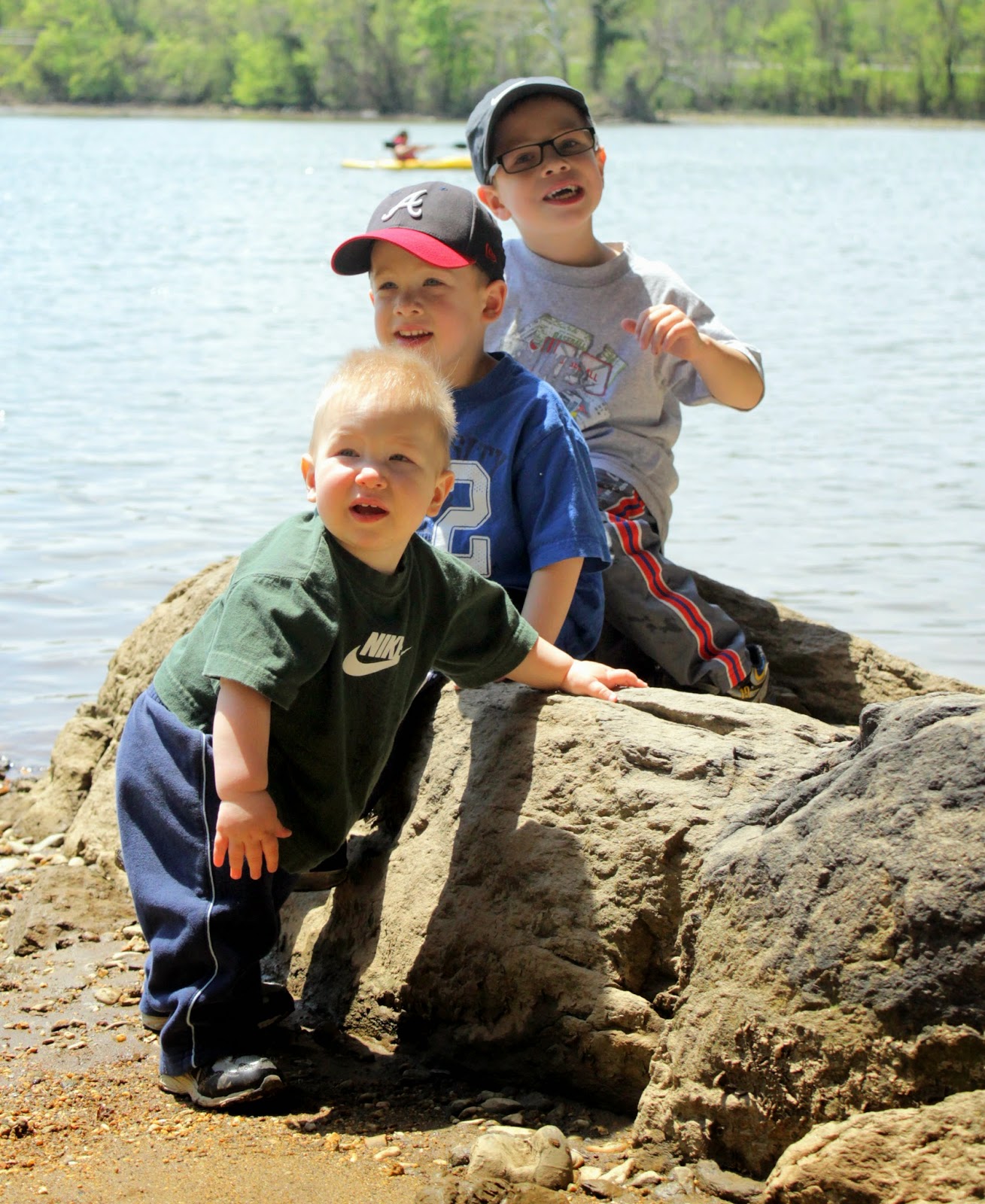 Seeing this island is all of a two mile hike around and a stones throw from the Kennedy Center the concern of lava close by isn't on anyone's radar. 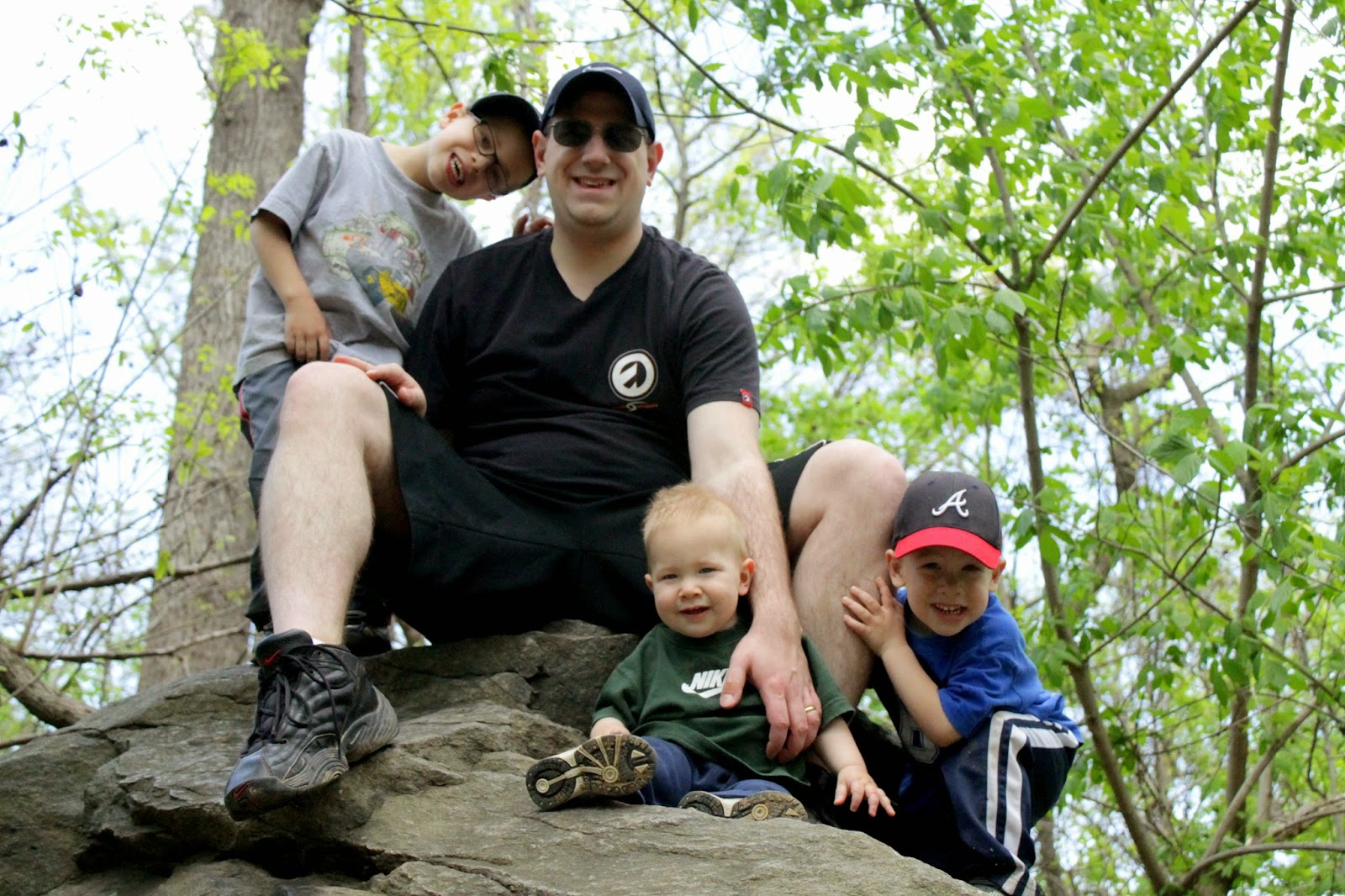 But there's fish, frogs, mud, and rocks along paths and trails that make you forget DC is right over your shoulder. 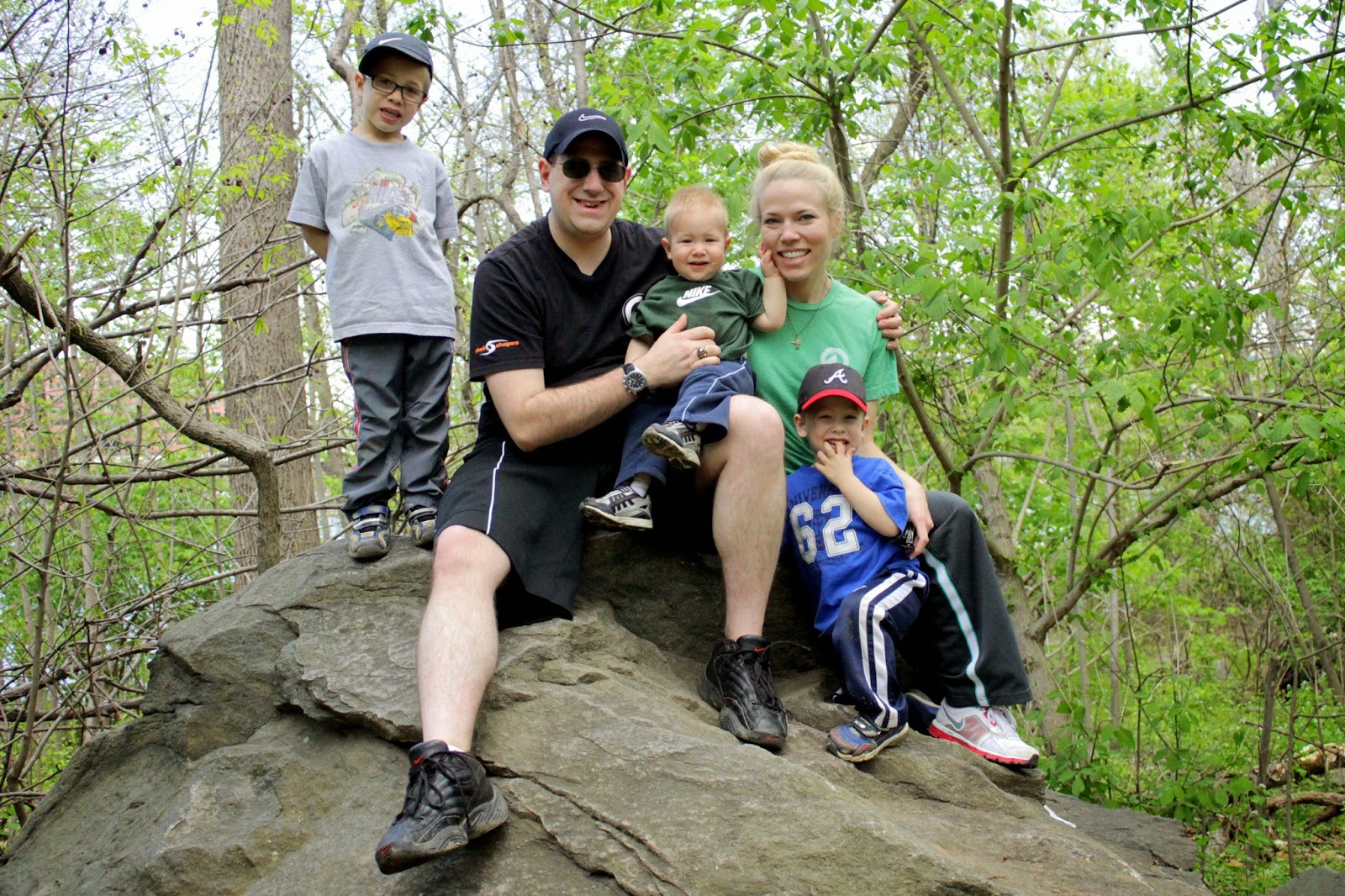 Oh and just in case you were contemplating a trip yourself, just a heads up to all stroller/wagon users...tree roots and fallen logs create one game show worthy obstacle course. 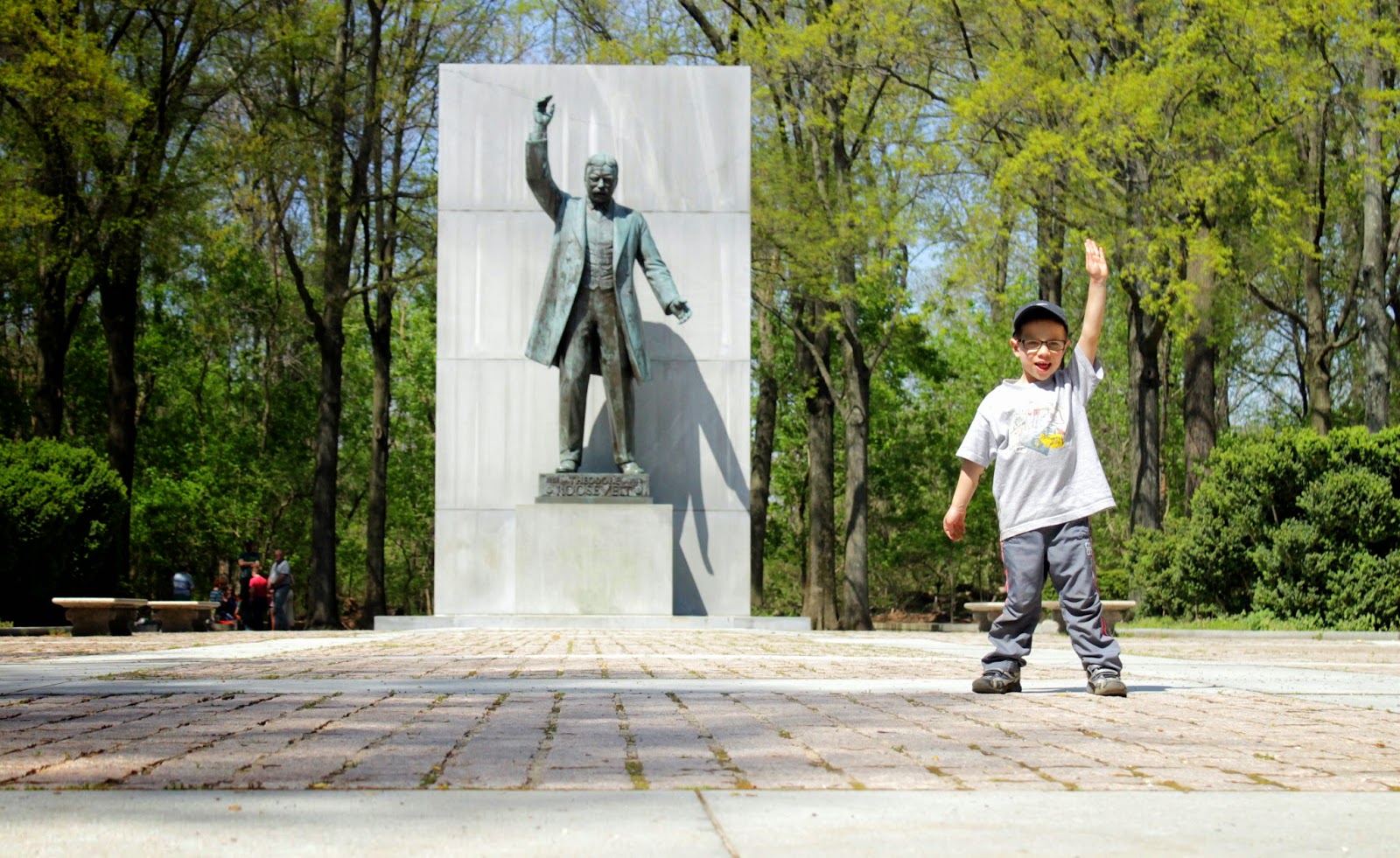 But we made it around and back to the center of island where my boys proceeded to pose as Roosevelt and draw way too much attention. 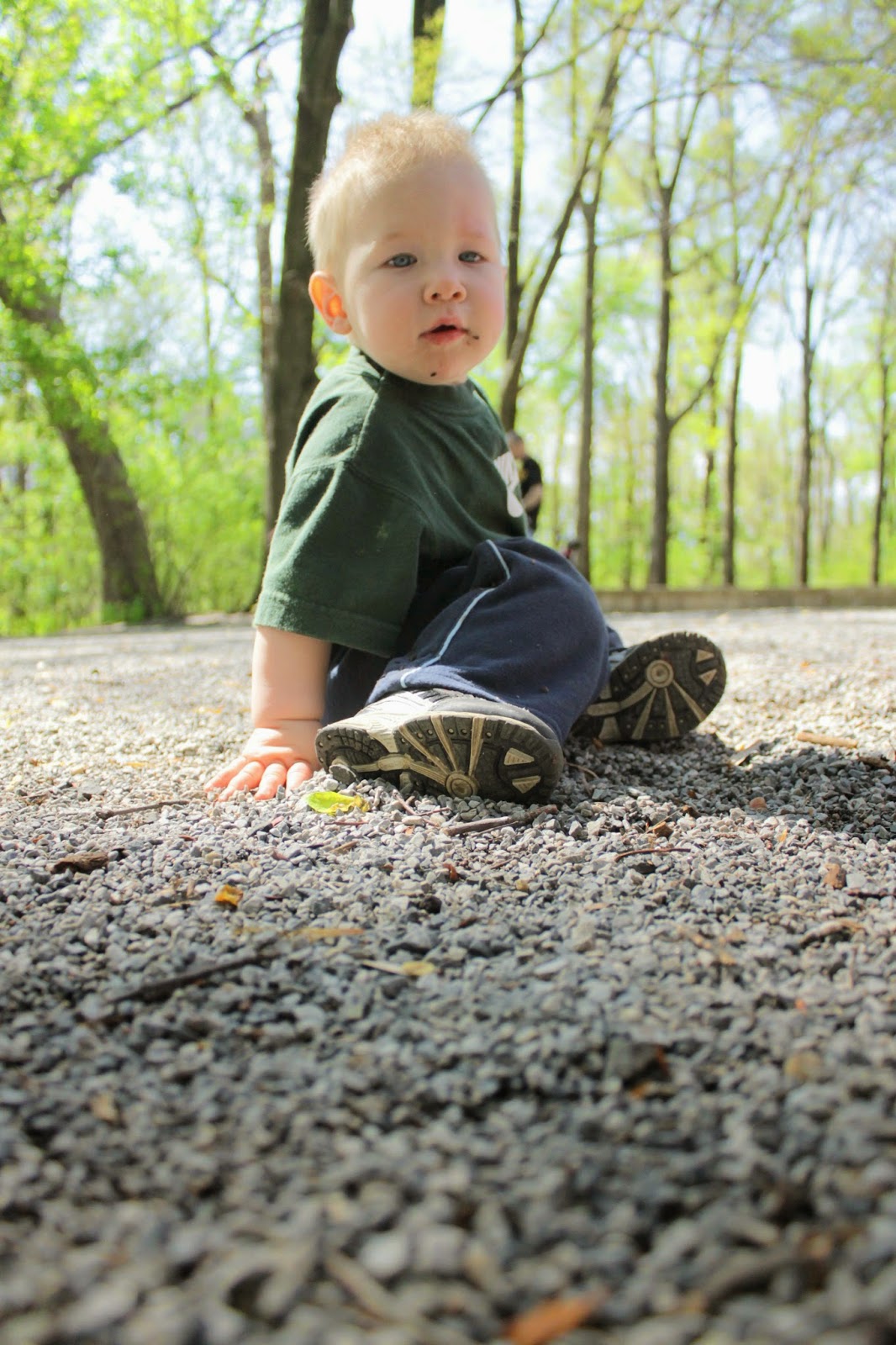 And while one boy was goofing off, one was trying to jump into empty fountains, and one was eating gravel we found out they were offering opportunities to become a junior ranger. 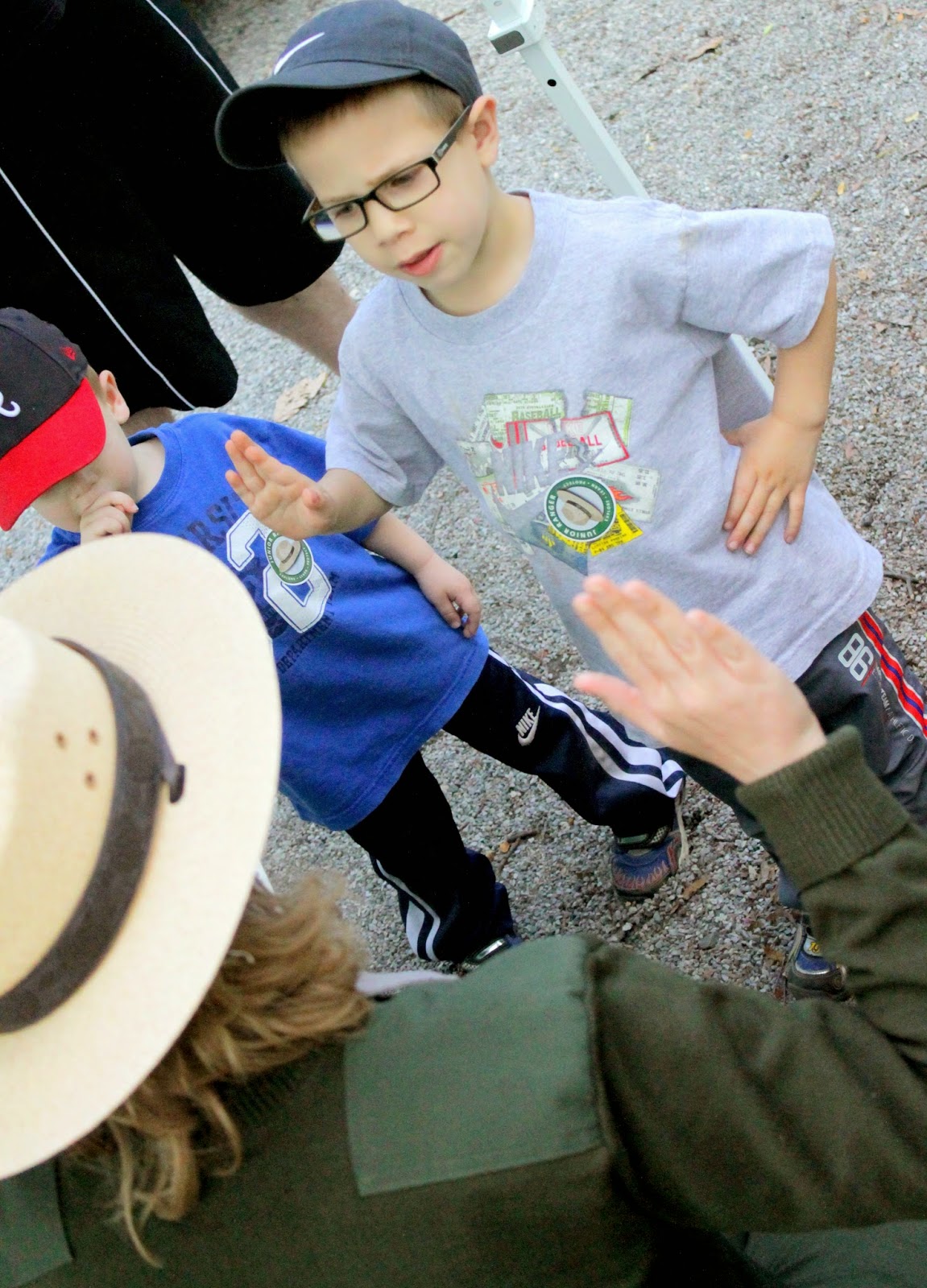 Harrison rose well to the occasion and plugged away for the next hour completing tasks and tests to earn the coveted ranger badge. 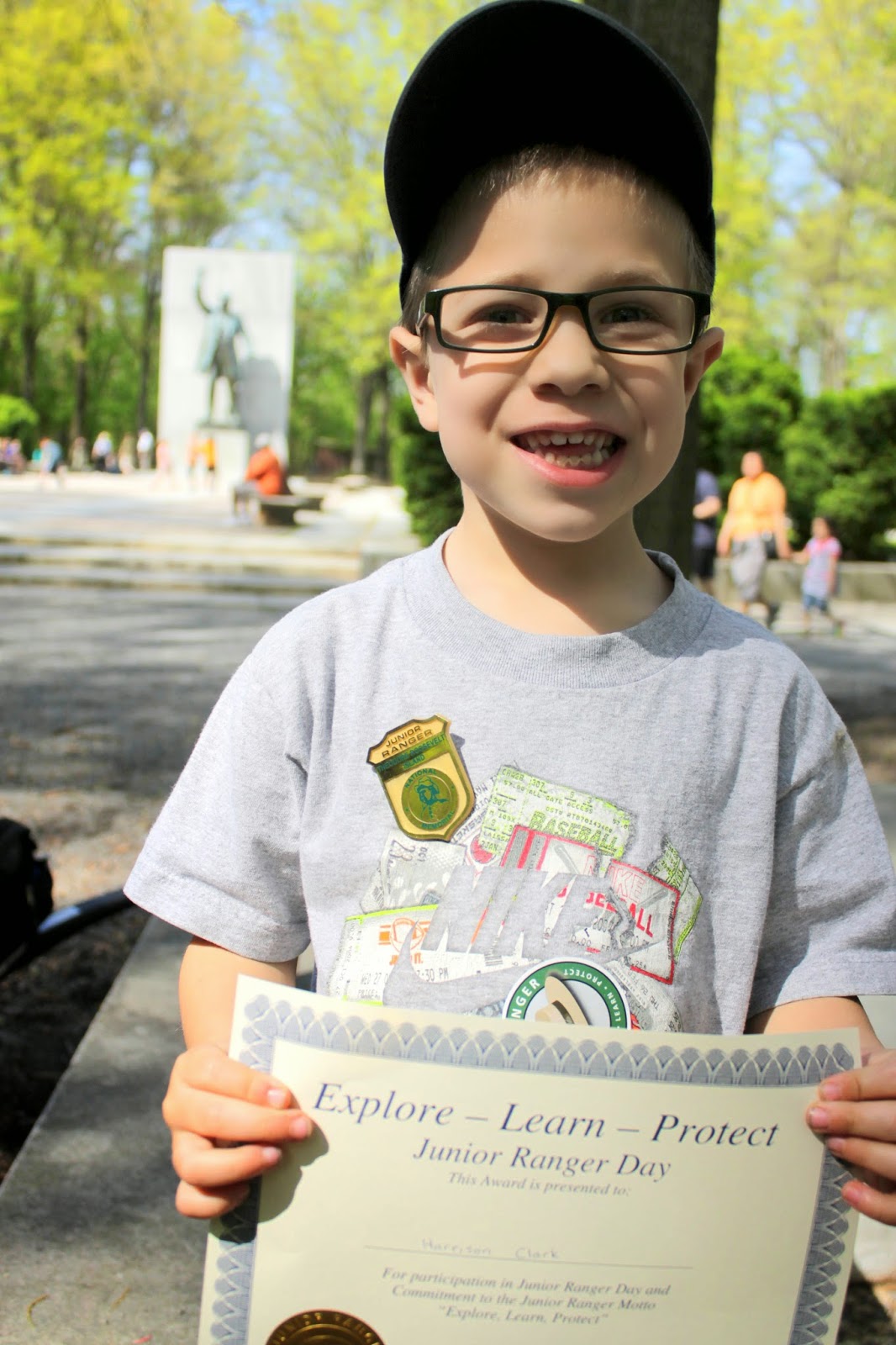 Jefferson also worked as hard as any 2 year old I've seen and earned his badge, but you can tell which one took his new station seriously. 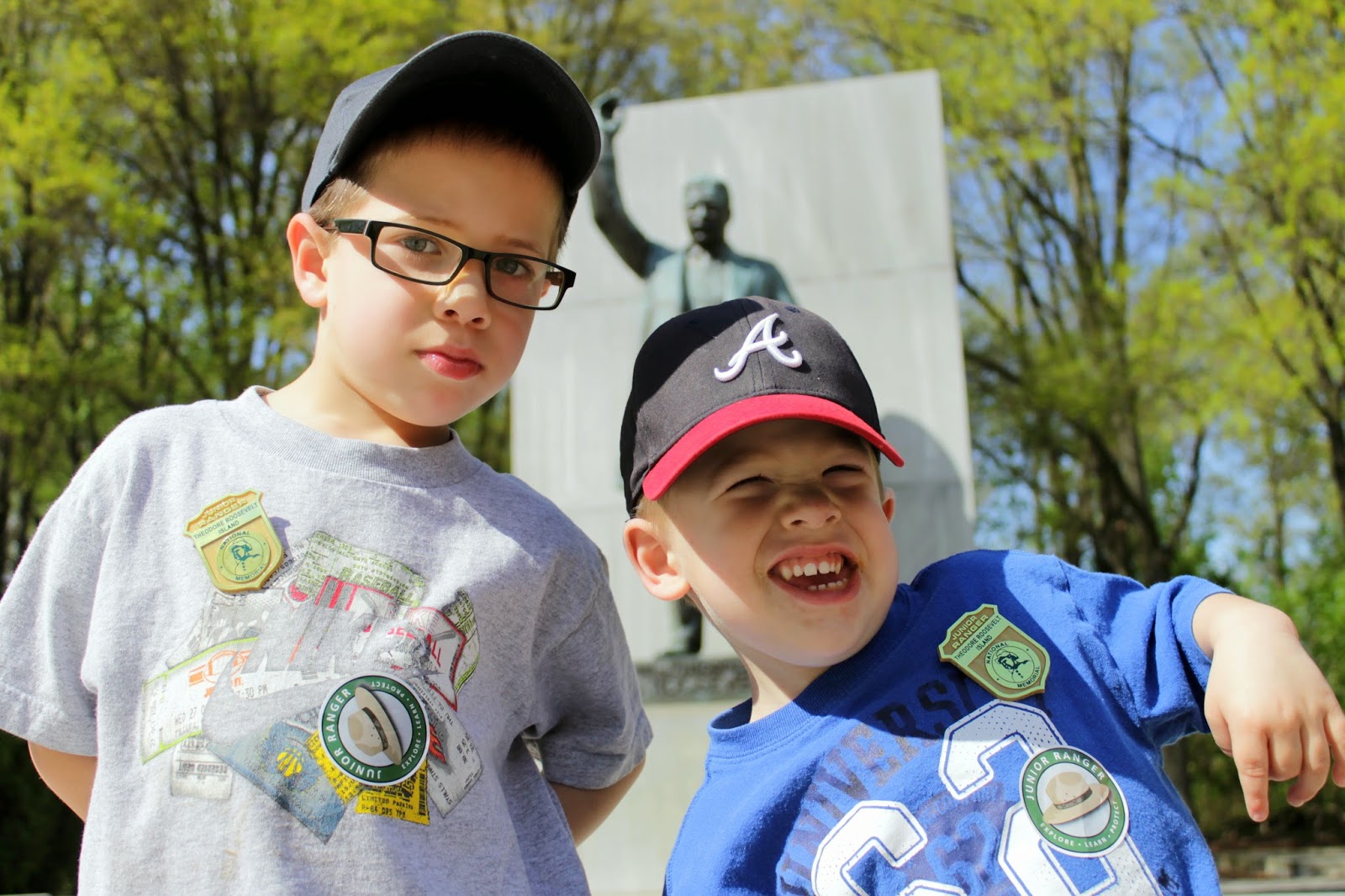 My J-Man is all about the fun and party and Harrison was all business with his new badge and title which gives a fun glimpse into growing personalities. 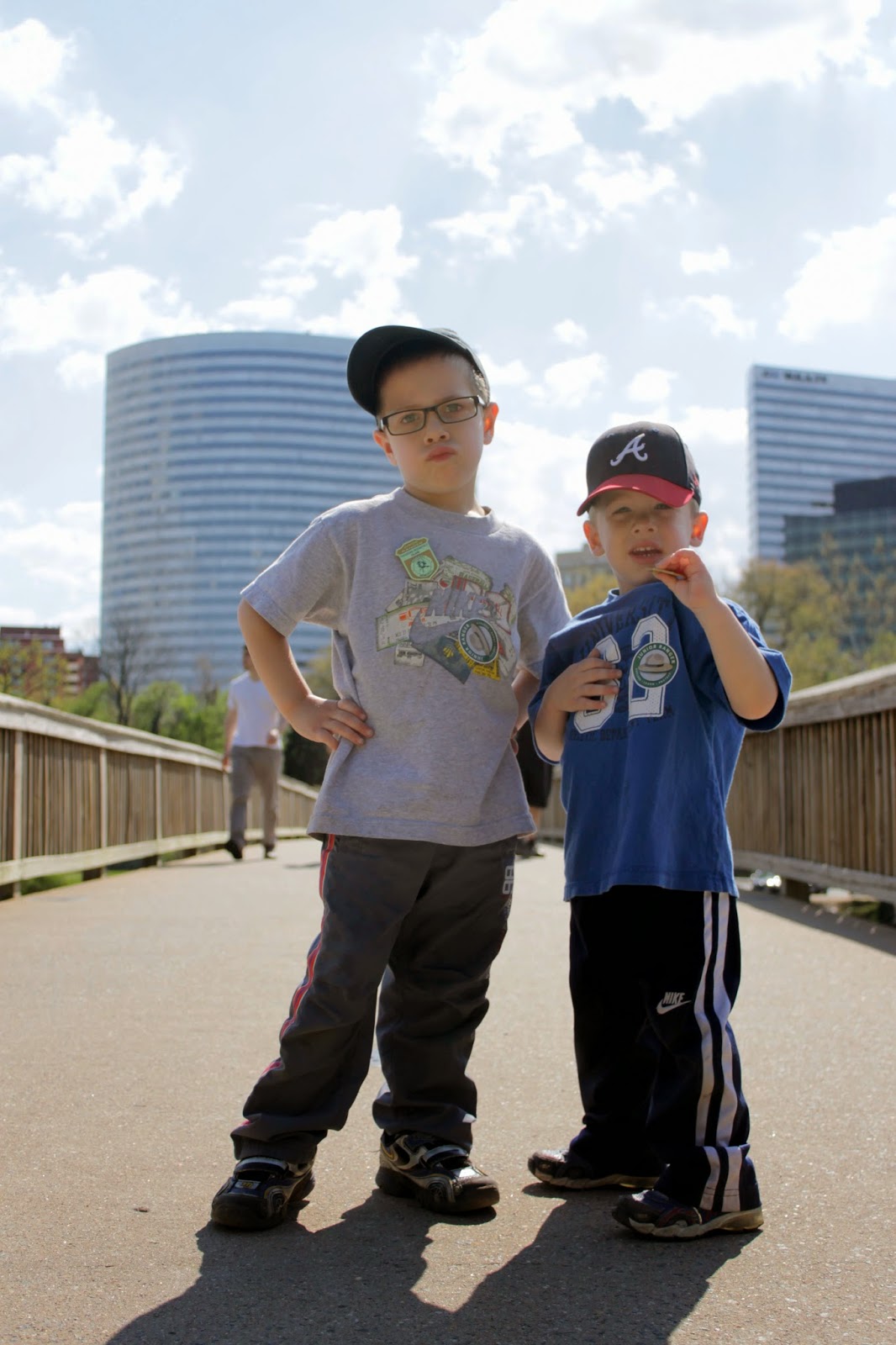 But junior rangers or not, we left Roosevelt Island with a good dose of adventure, lots of great memories, muddy shoes, and didn't have any trouble with lava. :)
Labels: Brothers Outdoors Washington D.C.