Take What I Can Get 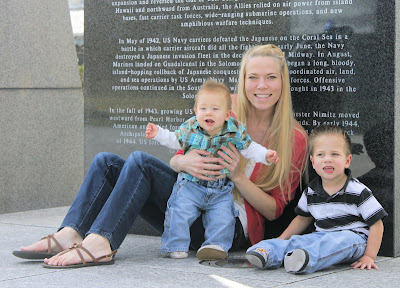 But there is a sore lack of pictures of me with my boys. There may be an occasional awkward photo of turning the camera around for a poorly framed picture with one of my little men, but none of all of us together, happy, and composed. 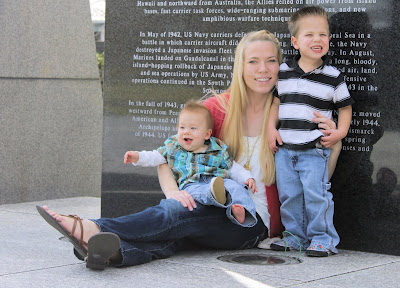 So when my sister came to visit we did an impromptu shoot at a park one day. My great idea to get some nice picture of the three of us quickly fizzled. Two little faces to keep somewhat pleasant and facing in the same general direction was a challenge. 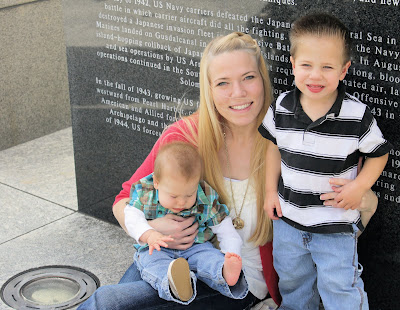 We lost a shoe, we lost a boy, we lost our patience. After a few frames nobody thought it was a good idea to get a "Mommy and Boys" shot, including the many business men walking by on their lunch breaks. 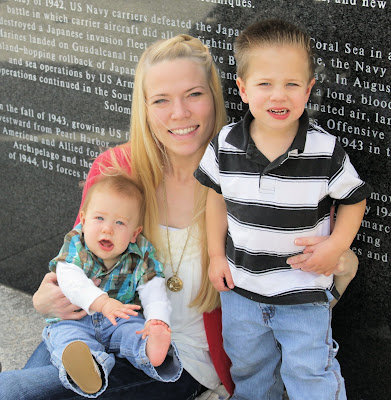 But finally, just as the sun came out and messed with the lighting, lunch time approached, and we realized we were late for Harrison's doctor's appointment, we got a shot. It's not perfect, but it's finally a picture of me and my handsome little men. I'll take it...I may not get another one for awhile!
Labels: Brothers