Jefferson has officially reached the "If I see it, I want it" stage. This includes food someone else is eating, toys Harrison is playing with, and anything off limits. 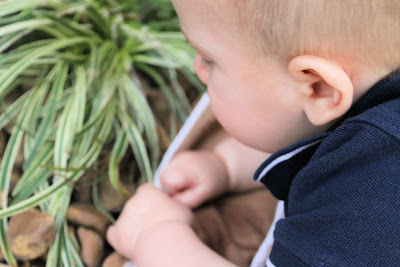 We have been working hard to train Jefferson as to where his boundaries lie. Despite his laid back personality, this little guy has a stubborn streak and doesn't take to the words, "No sir," very well. 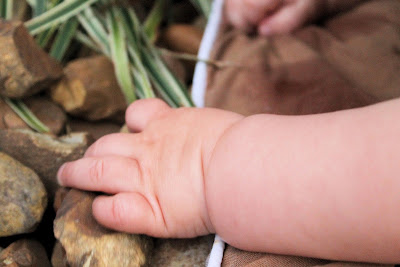 But boys being boys and having that insatiable thirst for exploring and conquering, the great outdoors has fewer boundaries. For Jeff this includes actually moving off the edge of the picnic blanket. 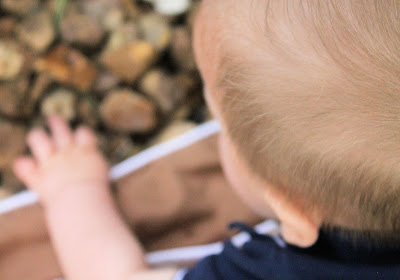 He loves digging around in the rocks, mulch, and mud and sneaking an occasional taste from his handful of dirt. Thinking he is big stuff as he digs with his brother, Mr. Curious sure is happy exploring outside the usual boundaries.
Labels: Jefferson