I wasn't too sure how Harrison would do with the ocean... 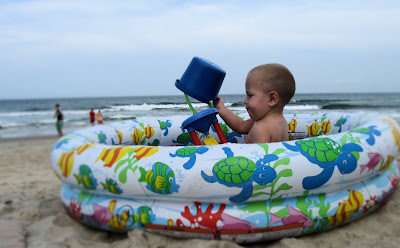 Would he be scared, love it, care less? 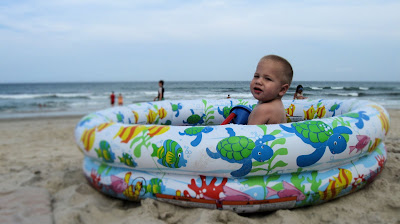 I was impressed. After the first awkward introductions, "Harrison this is the ocean," "Ocean meet Harrison," and becoming acquainted with its freezing cold waves sweeping around his legs, they hit it off. 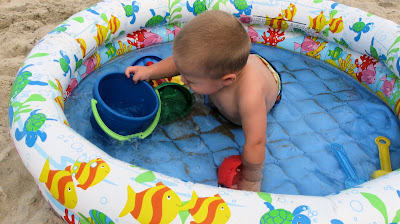 Harrison and the ocean had an understanding. Harrison wouldn't invade its space as long as the ocean didn't invade Harrison's space. Occasionally one of them would break their agreement resulting in momentary, "You're not my friend anymore," syndrome. 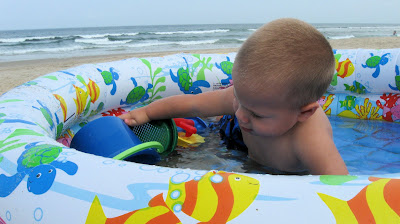 That is until Grandpa rescued this runaway pool from the ocean. We would fill it up with sea water, drag it up the beach, and Harrison would splash for hours in the salty, gritty bottom pool. 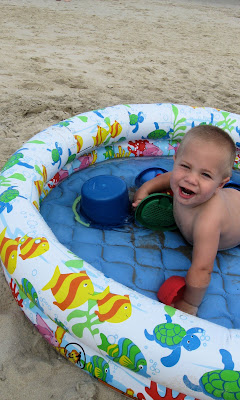 By the end, Harrison had completely figured out how to enjoy the ocean his way - a little bit of it in a plastic pool up the beach and away from the waves teasing to knock him down.
Labels: Harrison