Though he is only 17 months old, Harrison doesn't let his age hold him back. 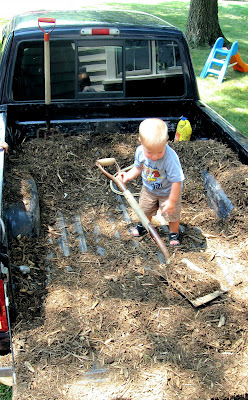 It's like he knows he's a man and wants to work just as hard. 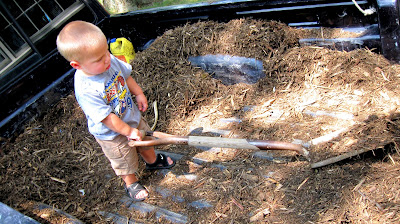 There was no way he was going to listen to being to small to hold that shovel and toss mulch... 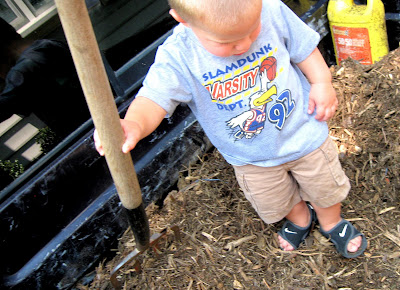 No sir-ee, he jumped right in there and stayed right with it. I have to admit watching him dig and heave that shovel made me think of the man he is becoming. 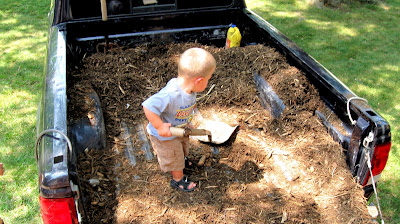 I'm pretty proud of him. So far the character of this little man is hard-working, dedicated, loyal, and driven. 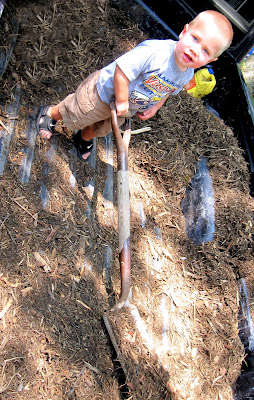