Is My Kid Too Young To Talk About Sex? 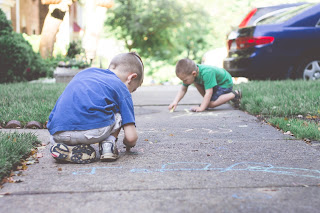 Parents in general start talking to their baby the second he's place in their ams. They soon begin reading books and explaining the world around him/her well before the baby can repeat back anything they are saying. Why? Because that's how we learn to talk. Parents build a foundation with one word identifying nouns and verbs and then add adjectives and pronouns as their baby starts using the language on their own and learns more and more all the while building on those first few "mama", "dada", "dog", "ball", words. 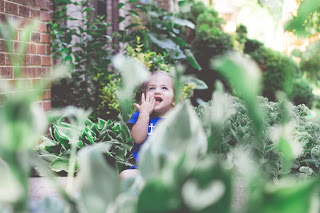 Why would we wait until age 2 or 3 when verbal skills are present to start even talking to our babies? It would be a detriment to their development and growth. It would fail them in ways of a strong foundation for learning and building on.
In the same way, why would we wait until puberty to start teaching about sexual purity? It's not like discussing anatomical words and natural urges for the first time with a hormonal pre-teen will leave everyone feeling not awkward at all. 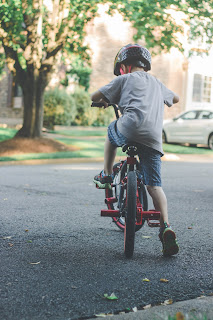 But awkwardness aside, how can we expect our children to identify, react to, restrain, and defeat the enemy and his desire to steal, kill, and destroy their purity? Because one thing is for certain, he isn't waiting until puberty to start robbing them of innocence. And we aren't waiting to start discipling these young men and women in the safety of their bodies and sexual purity. 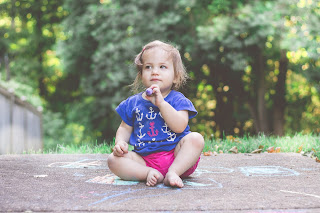 Because our children are young, we aren't asking them to carry the heavy load of all the evil tactics Satan and this world will use against them. But just like learning to talk, we have started with the basics and we will add to it as they grow and become strong enough to carry more.
In another post I will talk more about how we have begun training in sexual purity, but for today I'm focusing on sexual predators. 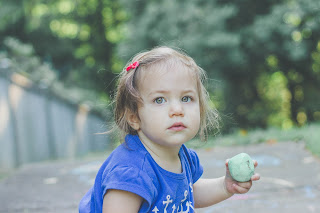 The first foundational step is to use real anatomical terms. Statics clearly show that children who can correctly identify their body parts actually deter predators who are looking for victims that won't be able to describe an assault. It may not seem natural at first but establishing correct terminology at a young age will also aid in future discussions since parents and kids are already used to saying them. 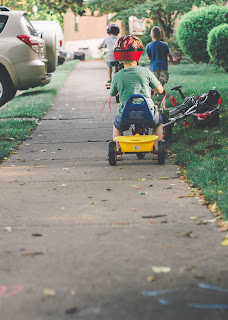 The second step is to help them develop a fierce protectiveness of the bodies God designed and made just for them. Around the time we started potty training we really increased our instructing about how their bodies aren't for others to look at or touch. Our kids know only mommy and daddy, and the doctor with mommy or daddy present can see them naked. Knowing that childcare workers, Sunday school teachers, family members, or friends may be taking our kids to use the restroom or change clothes, etc. we increased their safety training by being specific about the areas of their bodies that need the most protection from Satan's attacks. 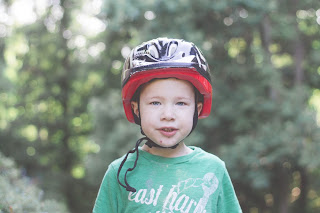 Using correct terminology our kids know if anyone tries to touch, asks to touch, tries to show, or even talks about it to them, they are to "yell and tell" - yell 'no' and run to a parent, and tell on the individual in detail. Telling on a predator denies him of his perceived power and exposes his filthiness before he can prey again. It is very important during this safety training that your kids know they would never be in trouble for yelling and telling, no matter what lies a would-be predator may spew. They are heroes for exposing evil and they would be defended and protected as such. 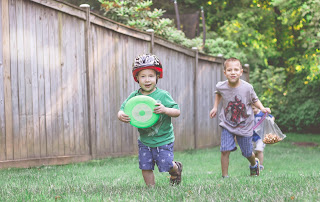 We have also trained our kids in "it's better to be safer than sorry." Even if they aren't sure, they just felt uncomfortable, we've told them not hesitate to run away from that situation and to a parent for help.
In the same vein, instruction on false accusations is just as important and we have talked about how lying is also an evil tactic of the enemy and not one we will entertain.
Trust must be established between you and your children. In this world our enemy has no shortage of tactics. He will most commonly employ predators our children know and trust. Which is why trust between parent and child must be stronger. 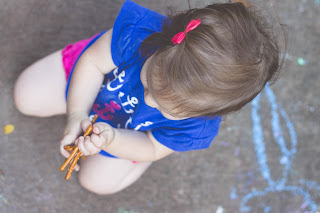 Child molestation is not immune to Christian families and church groups. Heartbreakingly, assaults are common inside church walls, close friend's houses, and among family members. We can never allow our children to assume they are safe enough to let their guards down. That is foolishness and leaves them vulnerable. Remember Ephesians 6 when discipling in this area. It doesn't say to put on the full armor once battle is taking place, but to be in full armor so when that day comes you're ready. Be ready, at all times, period. 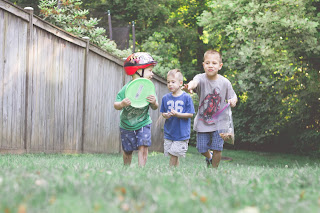 Discipling is crucial when it comes to discussing predators. We always review Ephesians and remind our kids how our battle isn't against flesh and blood. They cannot live in fear of every person being a potential enemy. We live boldly, with our faith in Christ, that suiting up in the armor of God will provide us the wisdom, courage, weapons, and endurance to defeat the schemes of the devil.
Fear gives way to failure.
So when discipling in sexual safety remind kids of the joy in this life and the incredible way God designed their bodies. It's an awesome opportunity to talk about the limitless mind of God and be in awe of His creation! 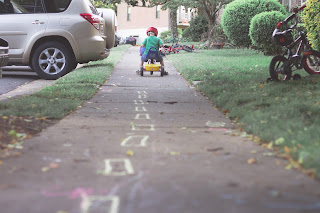 Safety training about our bodies is an easy laid-back conversation during our safety school talks with the boys. Becoming a natural topic has only made it easier to add to as our world declines and our kids grow older. Public bathrooms, dressing rooms, pools and beaches, sports teams locker rooms, going over to friend's houses, babysitters, staying overnight somewhere, are all scenarios it's important to prepare for and have a battle plan for. Our kids need to know it's ok to call, run for help, say 'no', protect, defend, fight back, yell, and tell, without any fear of being in trouble or further hurt by the attacker. They need to know fear is not of God. They are mighty soldiers in His army, trained for battle, and not about to be taken captive by any scheme of Satan.
Each of our boys has this "sword" memorized and I couldn't imagine discipleship in safety without it in our arsenal;
For God has not given us a spirit of fear, but of power, and of love, and a sound mind.
II Timothy 1:7
Labels: Hide it in Your Heart parenting