It's All Fun and Games Until...Boys 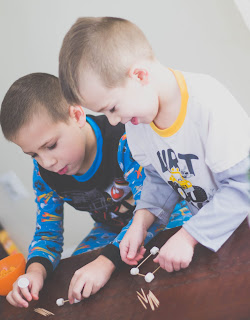 I had envisioned fort and space ship construction. 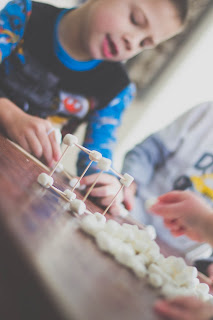 And that's the way it started out; boys and imaginations and marshmallows. Everyone was happy. 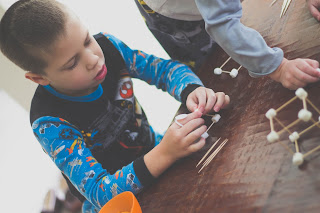 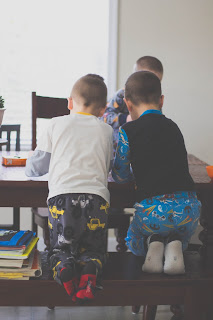 Some fingers worked just as hard to consume as many marshmallows as possible when he thought Momma wasn't looking. 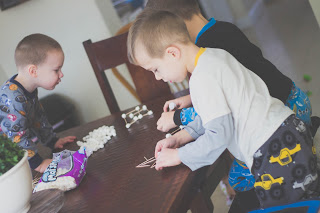 Then this same sneaky one we affectionately refer to as "Banner" went into Hulk mode and decided to SMASH his house, and down went his hand on top of the toothpick hut. 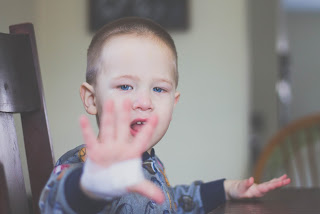 When he lifted his hand, a toothpick had impaled his palm. I didn't realized how deep until I couldn't pull it out. My stomach turned as we worked to remove the stabbing weapon. 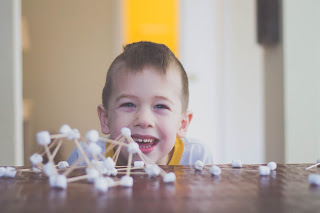 In between his screams and my shock we got it out and got his hand wrapped. Banner reemerged as Hulk had learned never to smash around toothpicks again. 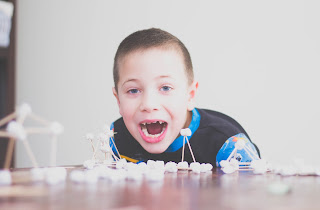 He happily went back to eating marshmallows while I documented the big guys' creations. They were so proud of their architecture they begged to leave them on display. We'll see how long they last before getting eaten by Hulk ;)
Labels: Brothers Play Wilson