And Then The Sun Shined

The snow finally stopped sometime overnight. When we woke up Sunday morning the sun was shining and snow deeper than we'd ever seen covered everything, literally! We could't find Matt's car. 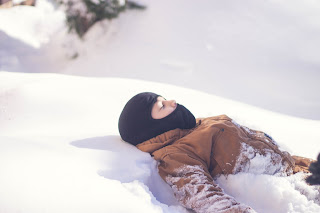 So for the next two and half hours we got every finger gloved, and every head hatted, and headed outside. 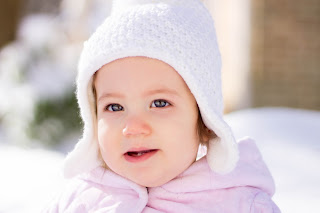 This was LilyMae's first snow, so she got to start out with an historic bang of a storm. 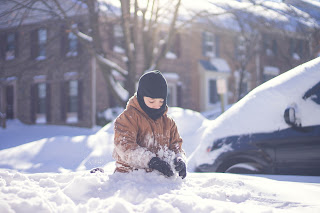 We weren't too sure what she'd think of the frozen white stuff, but being the laid back child she is, she  didn't make a noise as we stuffed her in insulation and set her down on ice to take pictures. 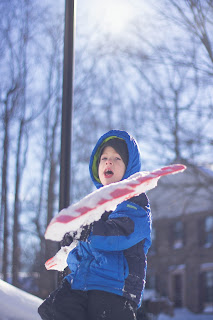 She watched her brothers literally fall backwards without bracing themselves whatsoever and crash into the snow. 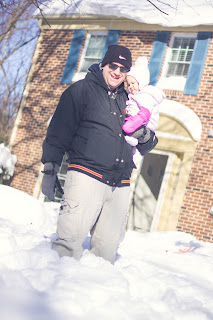 They all took turns jumping from Matt's arms cannonball style and landing in the massive drifts, except for the princess who was ok keeping her distance from it once she was finished with her forced photo shoot. 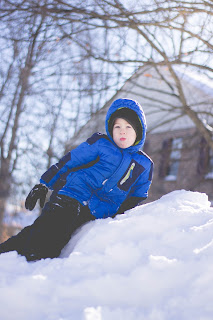 The boys tried to help us shovel but we quickly realized we had no where to pile the enormous amounts and gave up to spend the day in play. 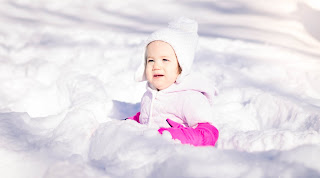 Wils was the only one not into exploring the snow world. He's about as much of a fan of the cold as I am. Even with 8 layers and hot chocolate promises, he was having none of it. 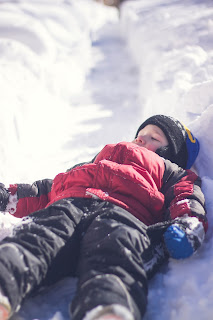 Much of his snow play was spent laying around like a cold blooded reptile with an expression on his face that read, "Get me out of here." 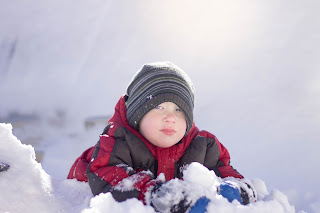 But he eventually moved some to join in our game of, "let's find Daddy's car", which the boys ended up winning after walking over top of it! 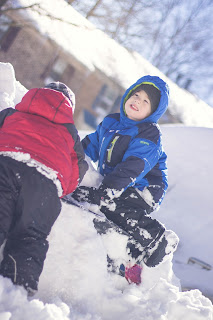 We discovered a plow gave up the day before during the middle of the blizzard and abandoned his 8ft pile of snow right in front of our cars. 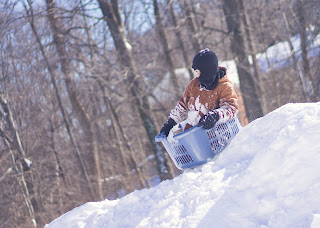 Since we weren't going anywhere for a few months ( I jest), we put the hill to use as our personal sledding hill. The snow was too powdery for the old fashioned sled, so laundry baskets became a creative backup. Note to self: You need to add baskets to your shopping list since they're all broken now. 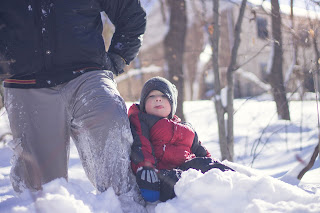 Once we discovered the snow was higher than two of our kids in spots we decided it would be fun to go out hiking in it. Matt and I were sinking clear up to our hips as we hiked blindly over unseen boulders, streams, and thorn bushes each carrying a kid or two. 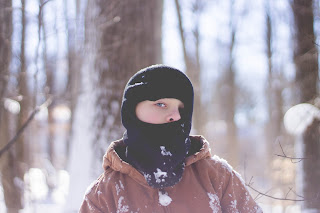 We finally made it back feeling a little like "Little House on the Prairie." We stripped the 32 soggy layers off frozen little bodies and filled them up with hot chocolate and let them watch a movie by the fire. We survived the historic snow storm and used the time wisely drawing up the future floor plans to our beach house somewhere tropical ;)
Labels: Outdoors Play