I don't want to brag or anything, but we got a healthy harvest of leaves in our yard this year. 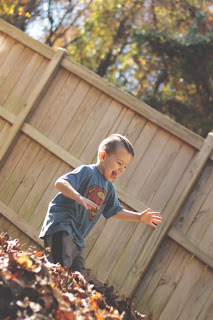 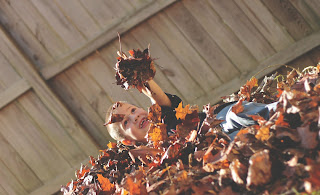 But the more leaves, the bigger the leaf pile. 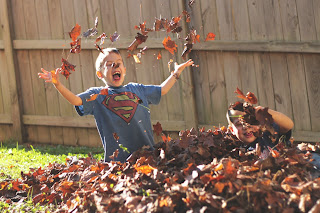 I get a work out from raking, they get a cushioned landing playground...win-win. 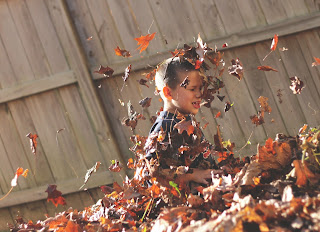 This year I had my two oldest little men grab rakes and join me in the pile creation which also was a win. 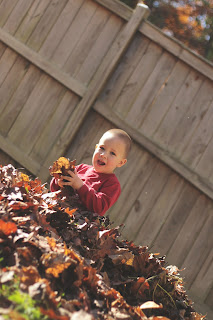 Moments like that, when they choose to pitch in and help, are hopeful and energizing to see glimpses of the men they're becoming... 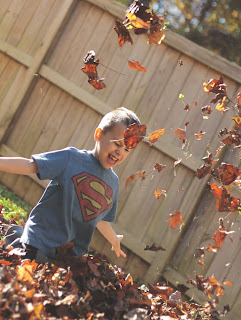 ...before they revert back to their full-on boyness and launch a fistful of leaves into a brother's face. 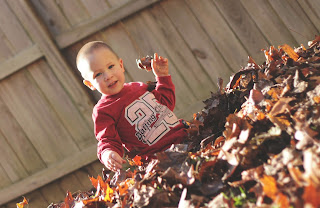 Also Wils joined in on the leaf jumping this time since last year he was not a fan of the big crunchy pile he kept getting lost in. 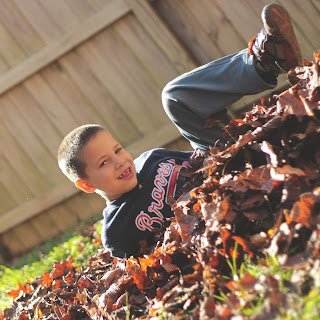 This year we also added a snake to the leaf pile element. We don't like to do things boring so if we can kick it up a notch we're all in. 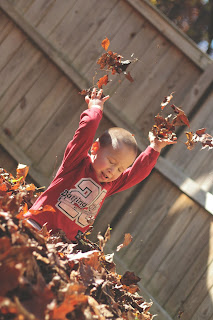 Once the white underbelly of a snake was sighted during a leaf tackle fight, we quickly excommunicated the reptile from our leaf jumping party.
I'd say fall 2015 leaf pile turned out pretty awesome, large with a side of adventure, but like I said, I don't want to brag. ;p
Labels: Outdoors