I'm not sure how it started; maybe a brain child from an over indulgent aunt or grandparent? :) 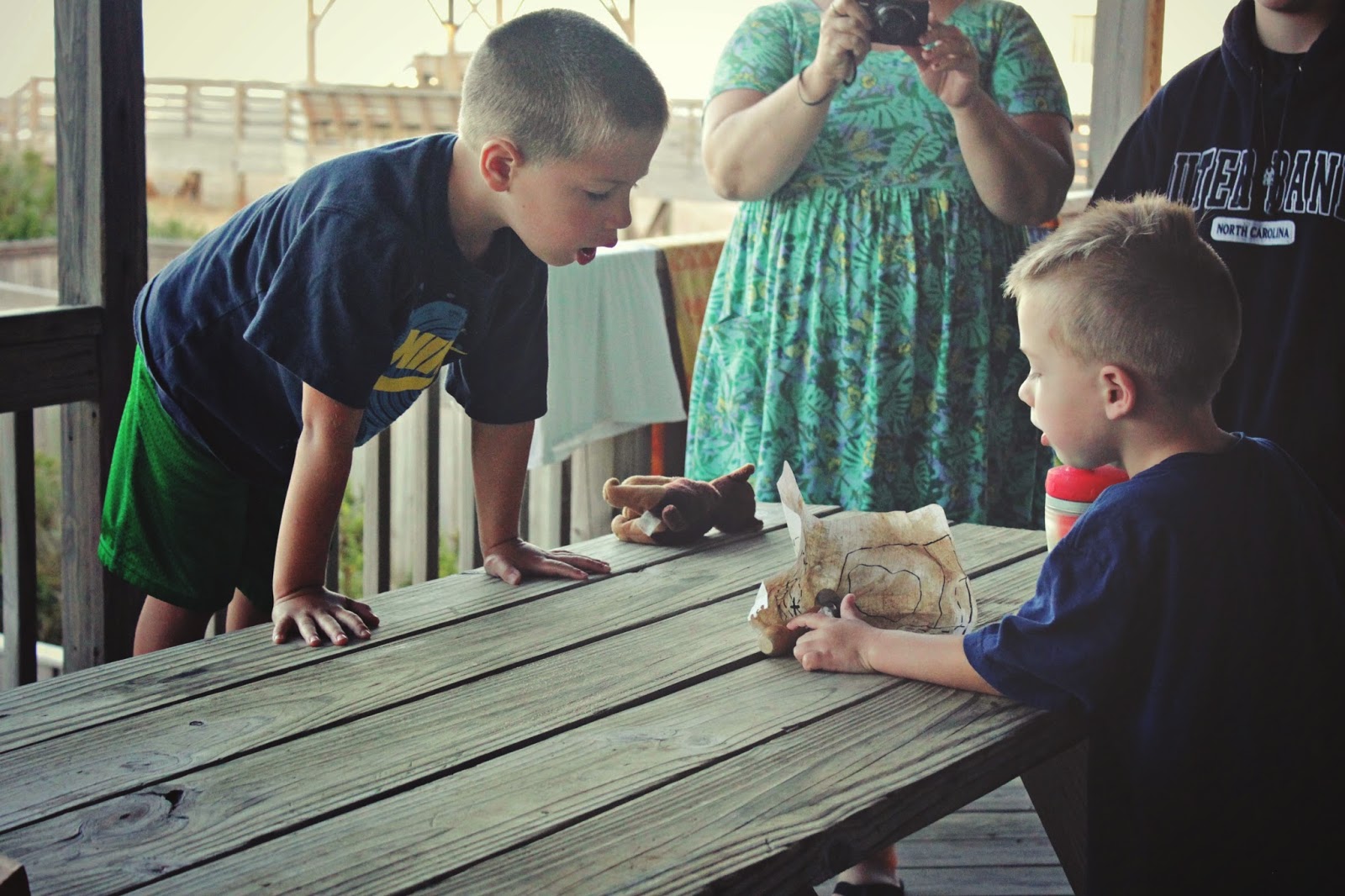 But our second annual Pirate Day is now a locked-in tradition for all kids in this family. Move over Santa Claus, a pirate has totally got you beat. 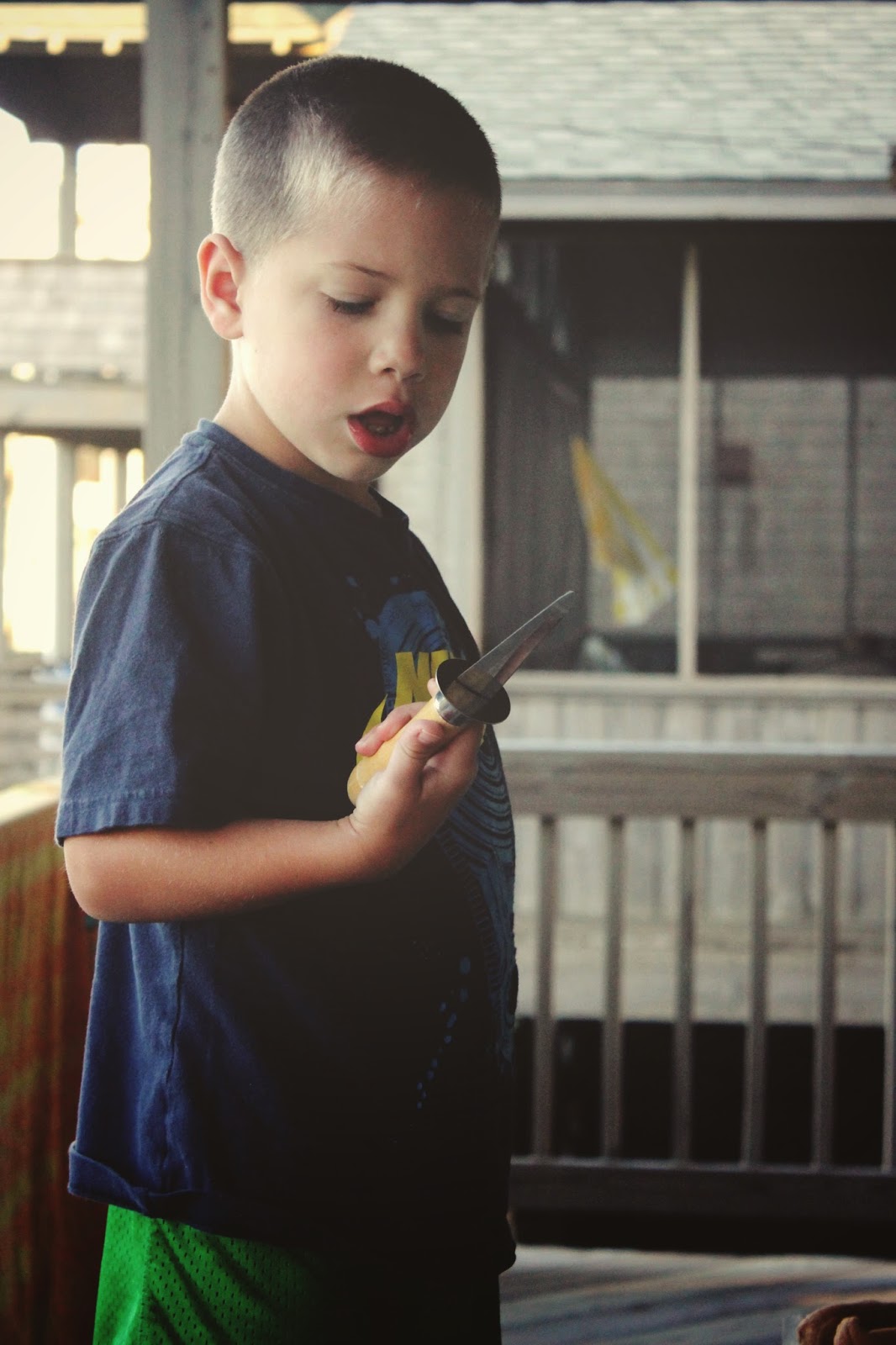 Last year the boys stumbled across a "hidden" map which they eagerly followed to dig up small boxes filled with "treasure" aka, candy, sugar, toys, more candy, left behind by "Captain P." 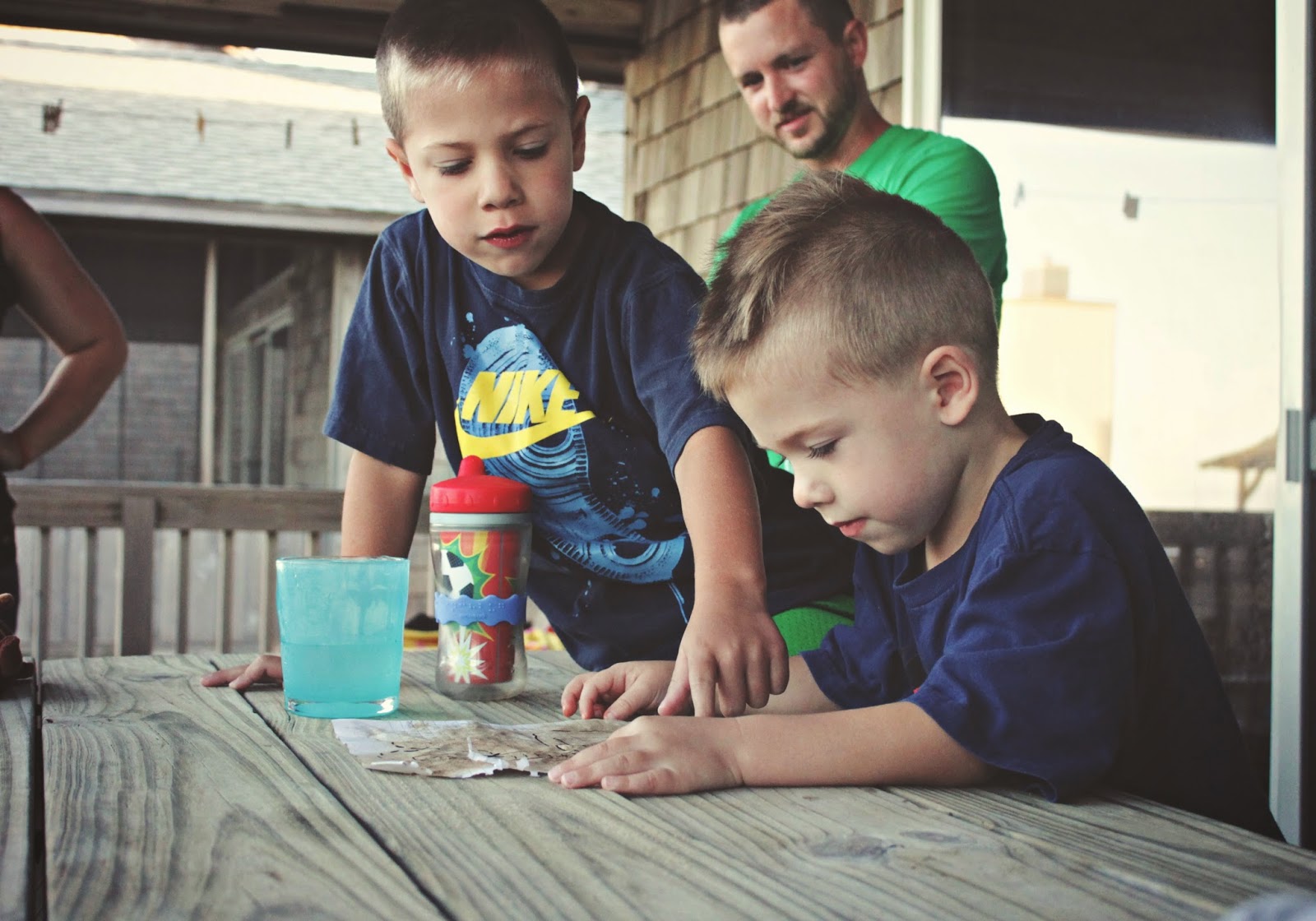 I can't remember our thought process, I think we thought it was a fun one-time thing last year, but we were so wrong. 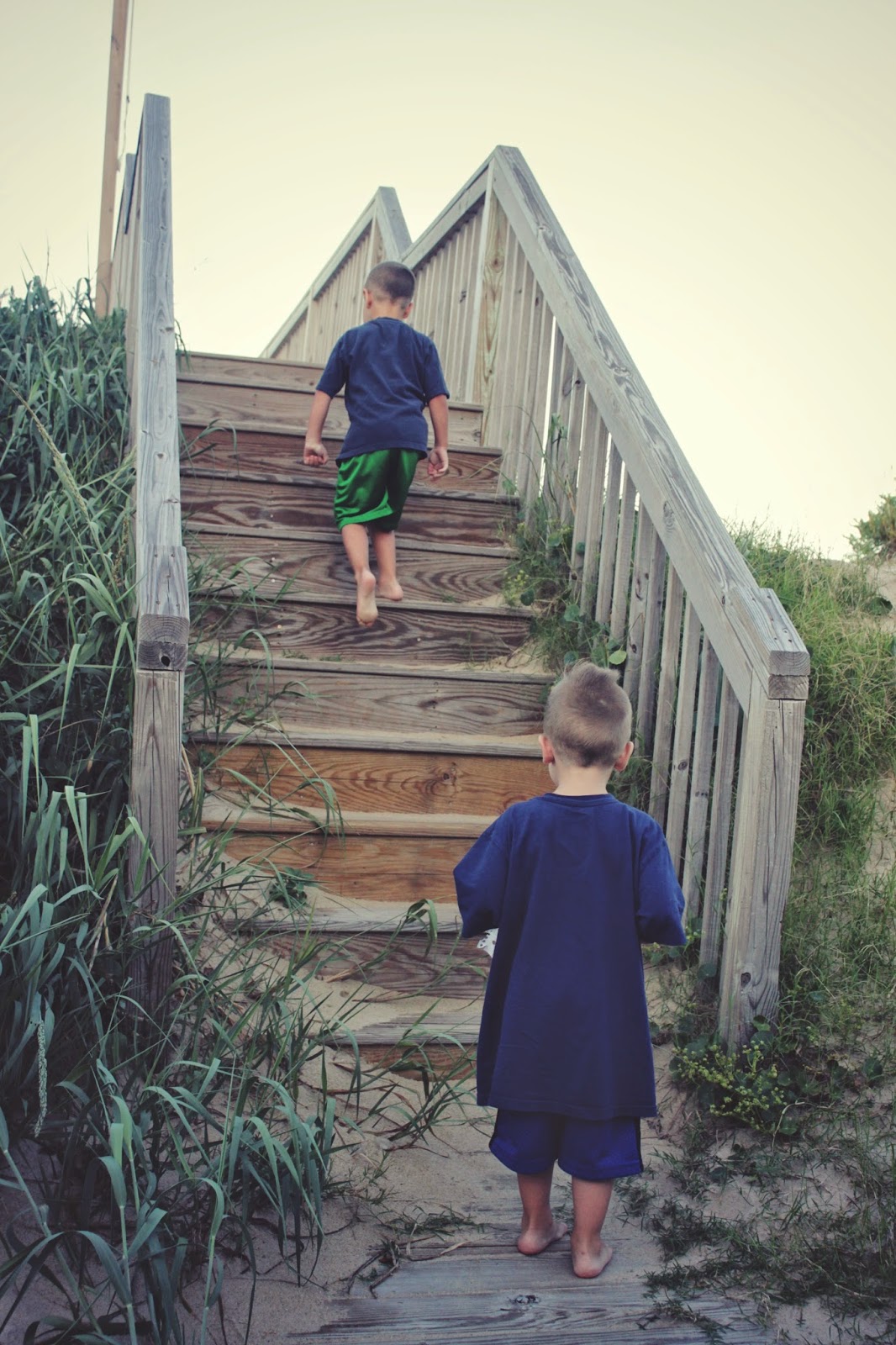 For the whole past year, the boys have talked about about "Captain P" and the hope for his return at this year's beach trip. 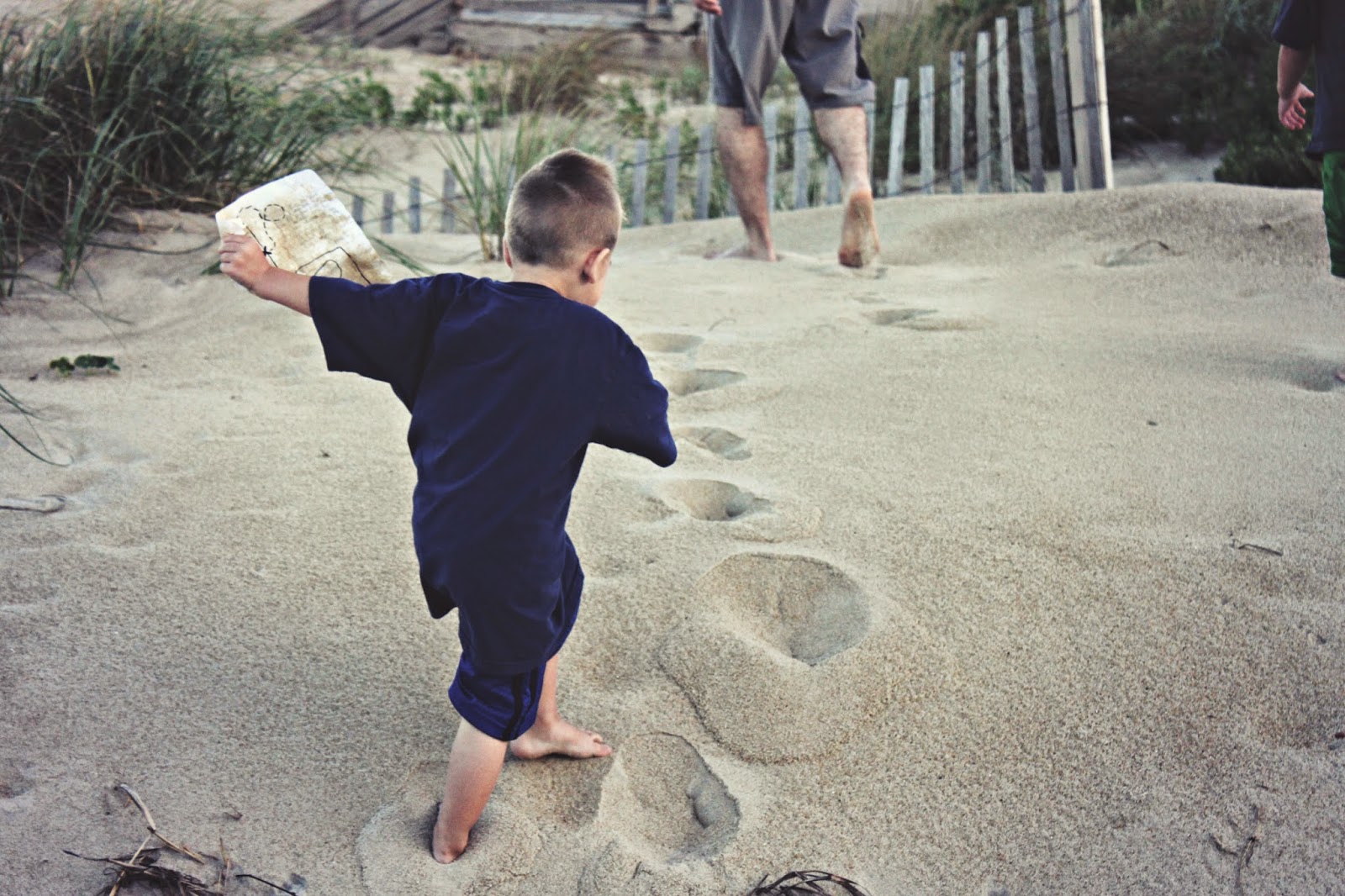 They went as far as writing him messages and planning what to pack for the beach which would aid them in digging for buried treasure. 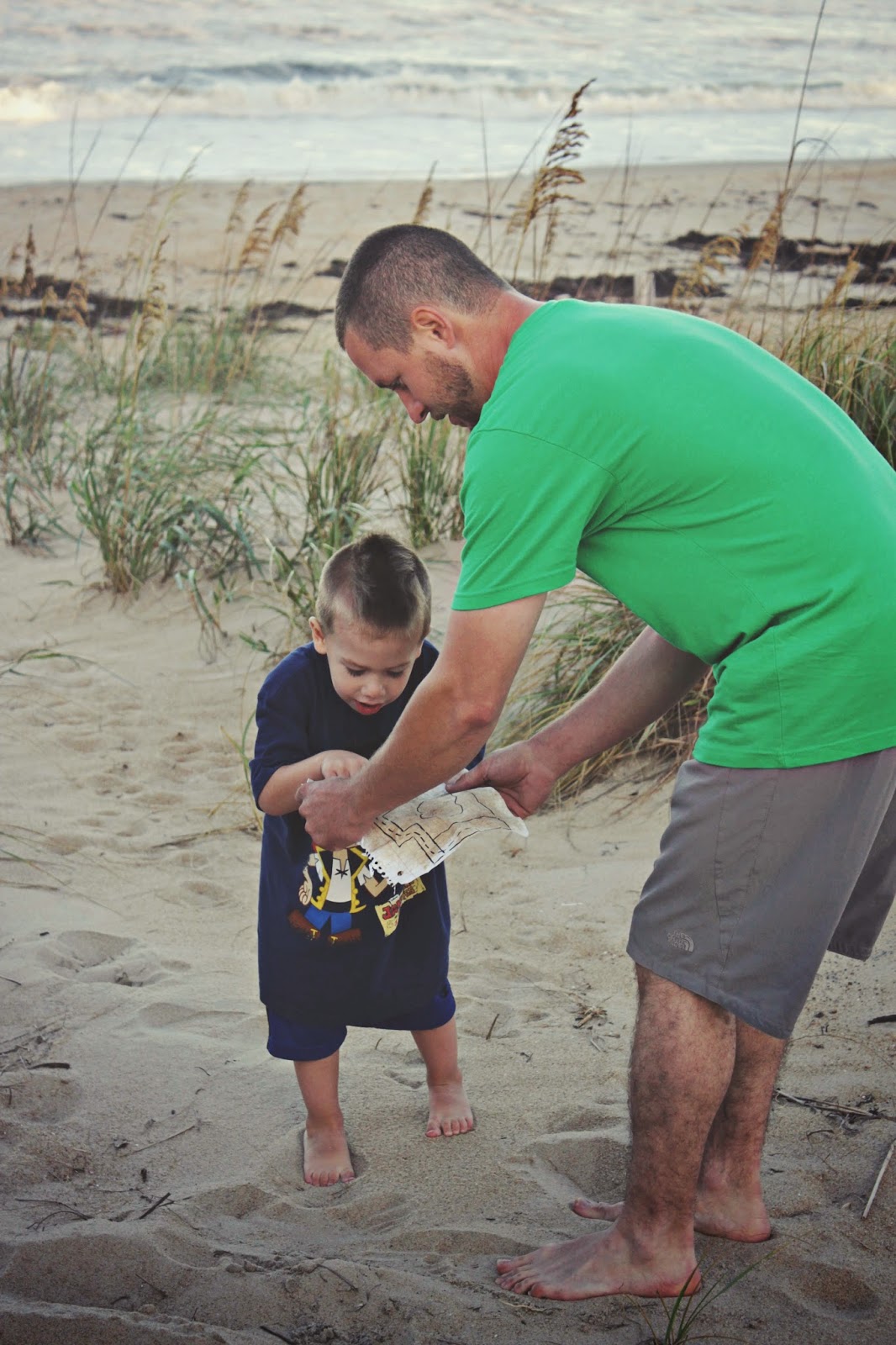 So aunts and grandparents took Pirate Day to a whole new level. 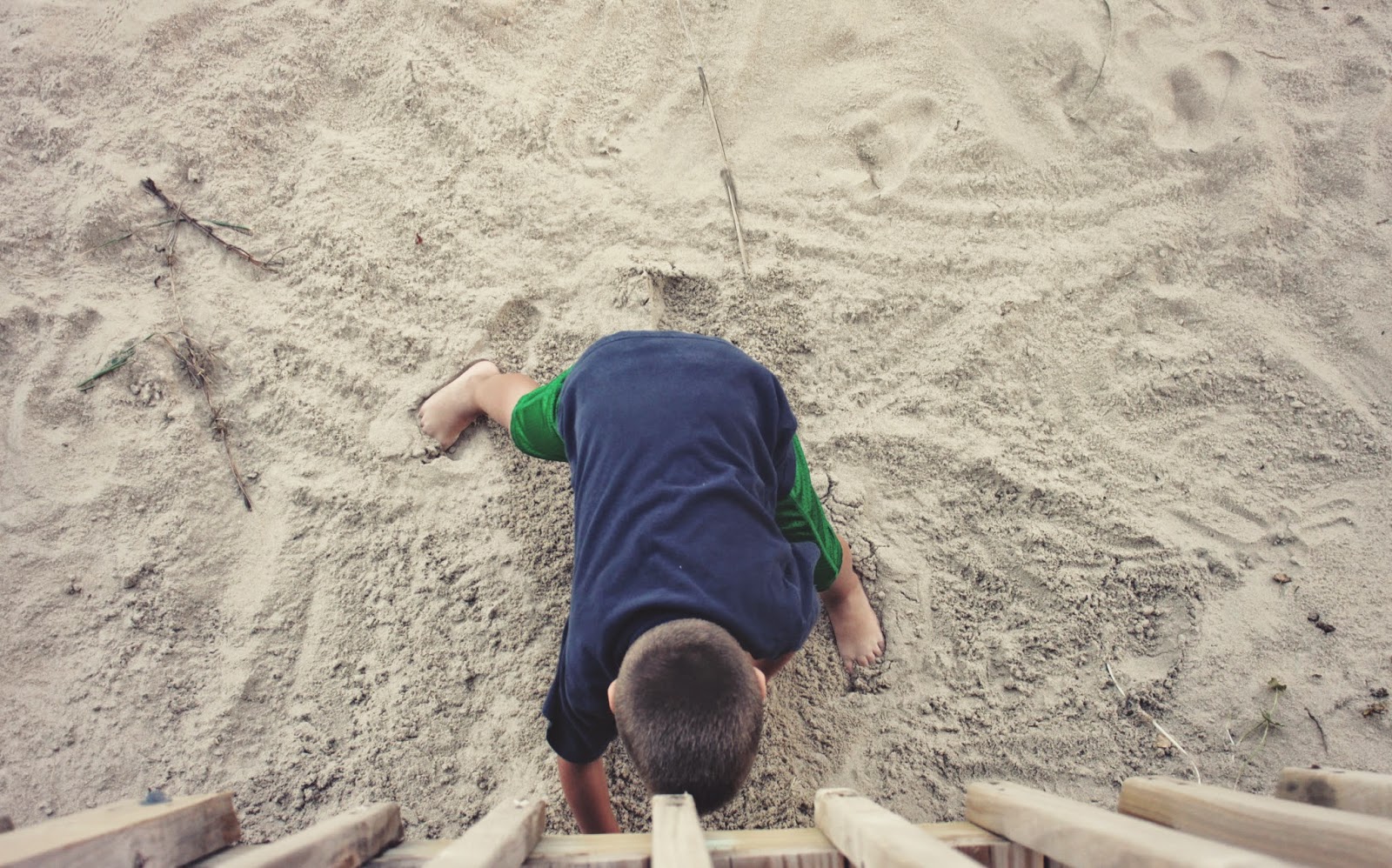 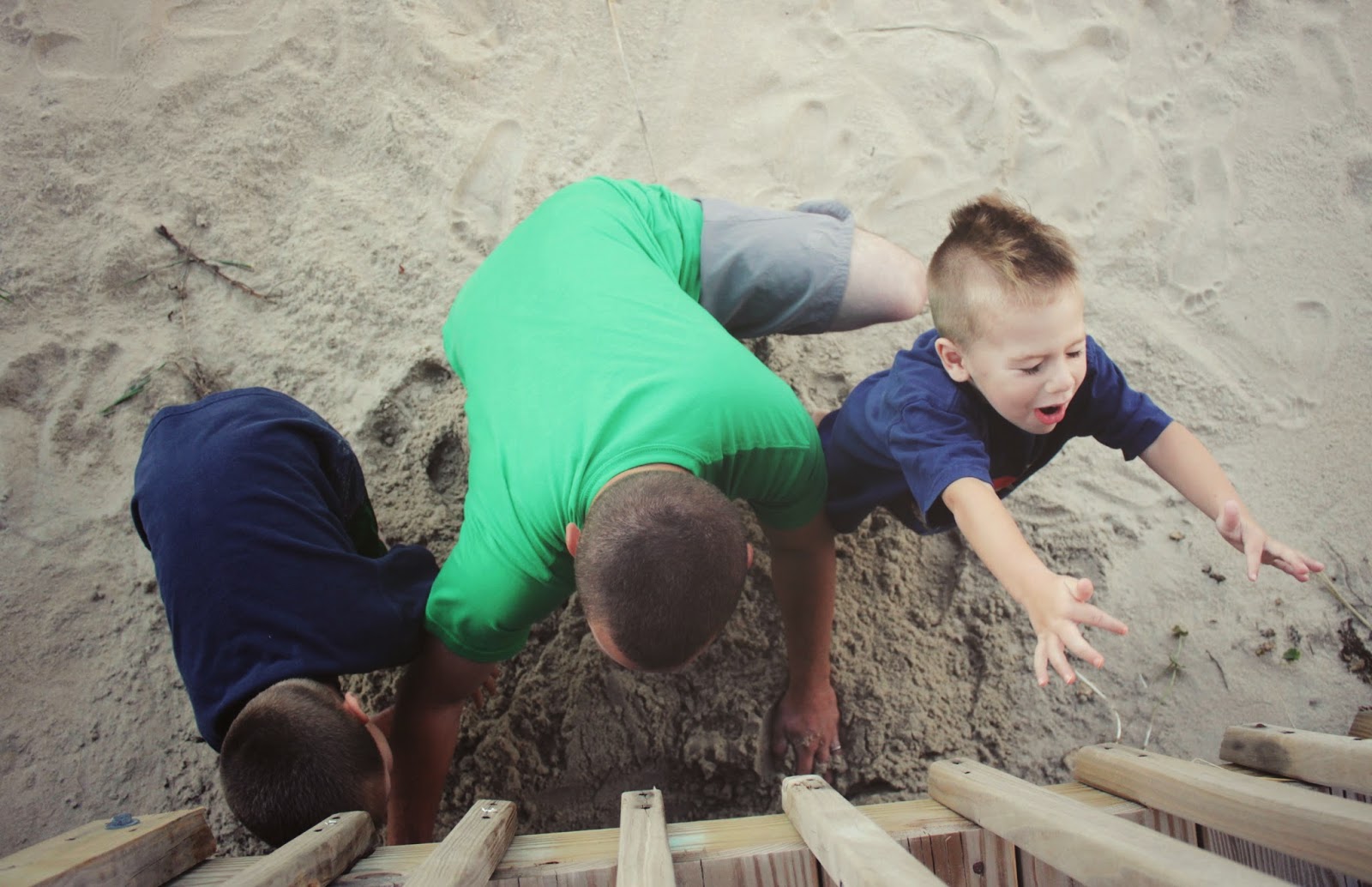 One stormy morning, a far off sailboat fighting the wind gave just the right impression of a pirate ship headed away from shore. 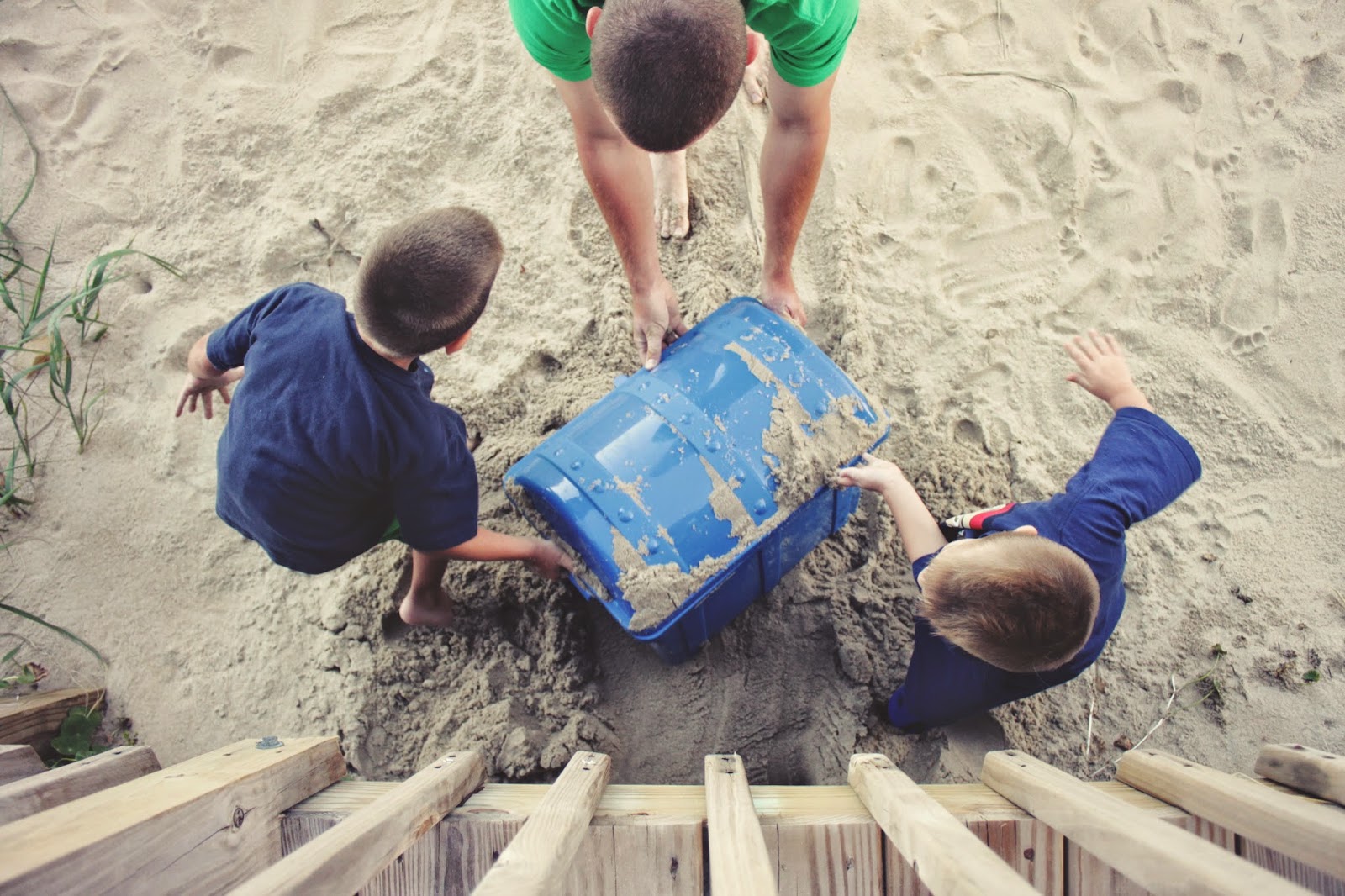 The stage was set and the seed planted by creative aunts that surely that had been the one and only Captain P's ship. 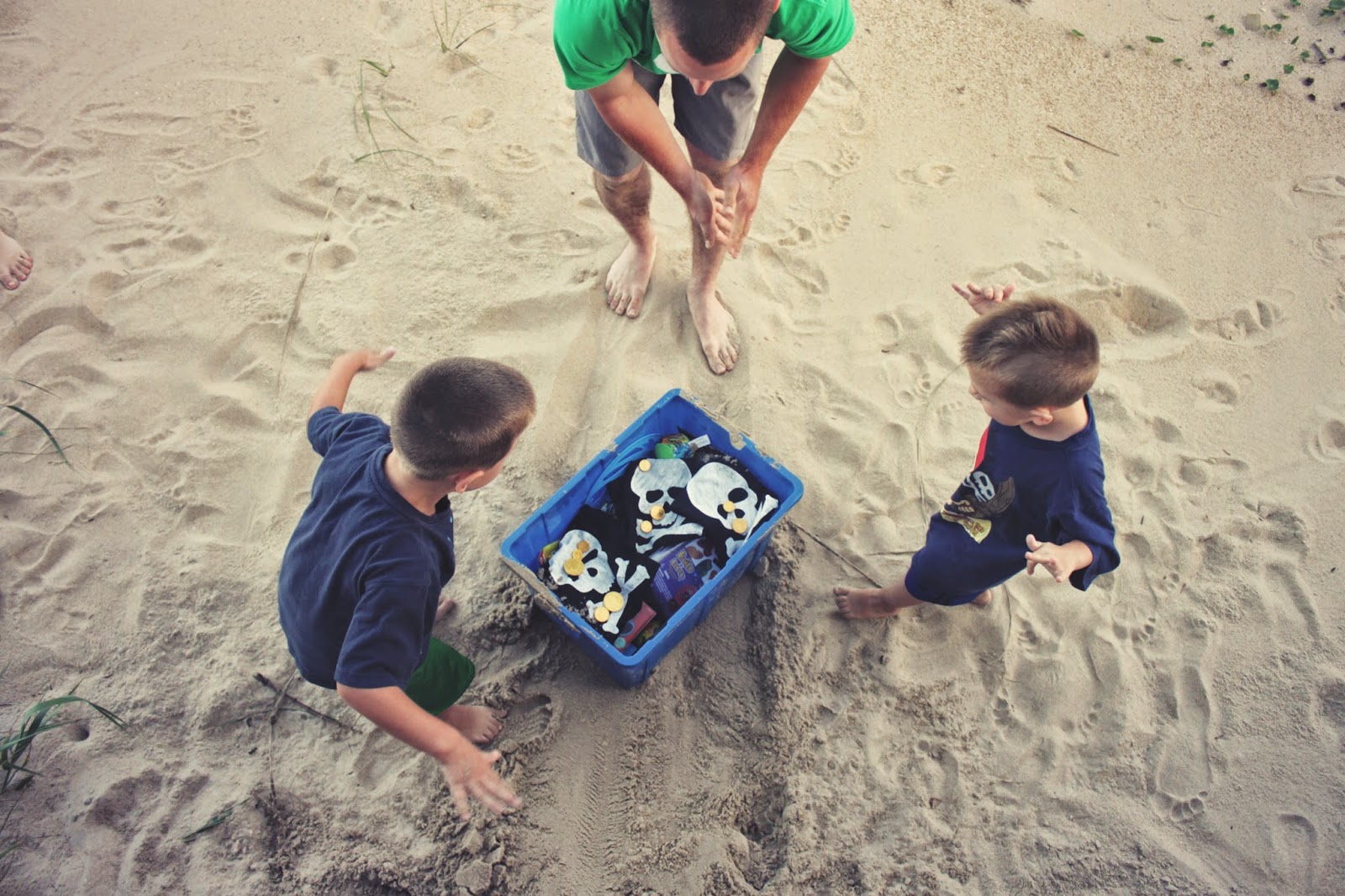 Later that day that boys finally discovered the map left behind by the pirate which would lead them to a treasure he had buried just for them. 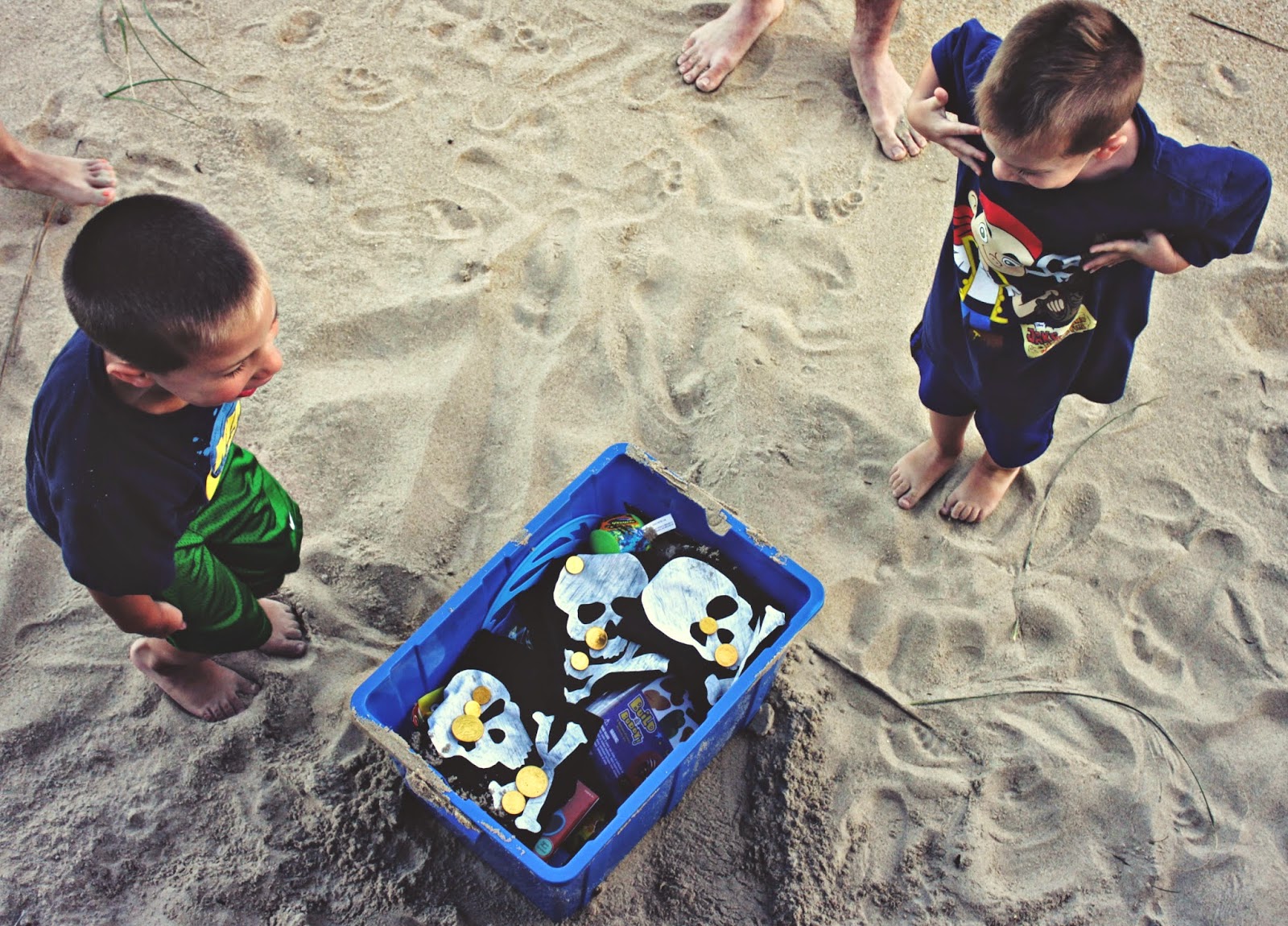 Giddy little boys studied the map and hiked off over dunes and sea grass in search for their highly anticipated treasure. 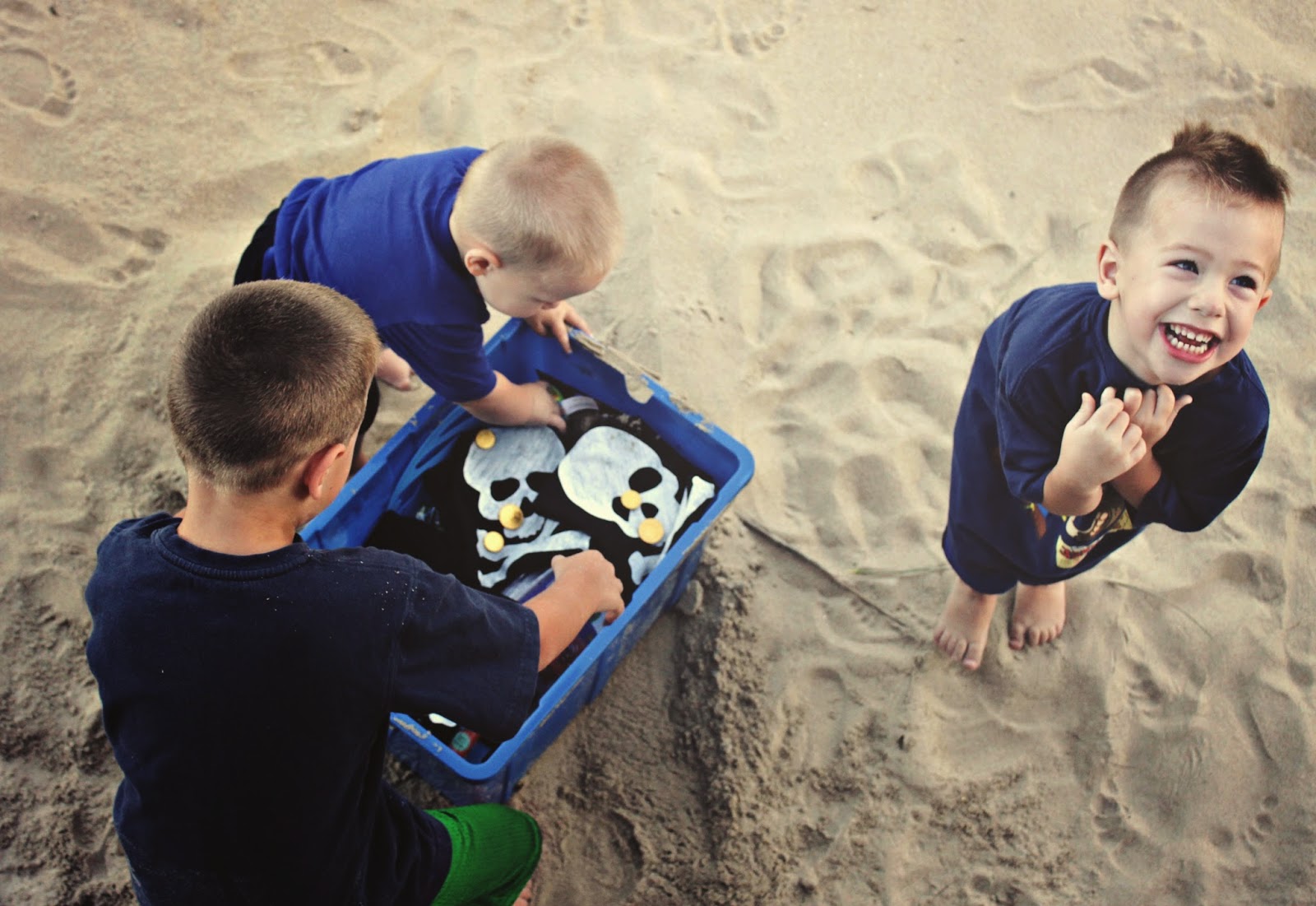 And Captain P did not disappoint. Being the kind pirate he is, he made sure there was three of everything, favorite colors and candies present, and all notable superheros accounted for deep within the chest. 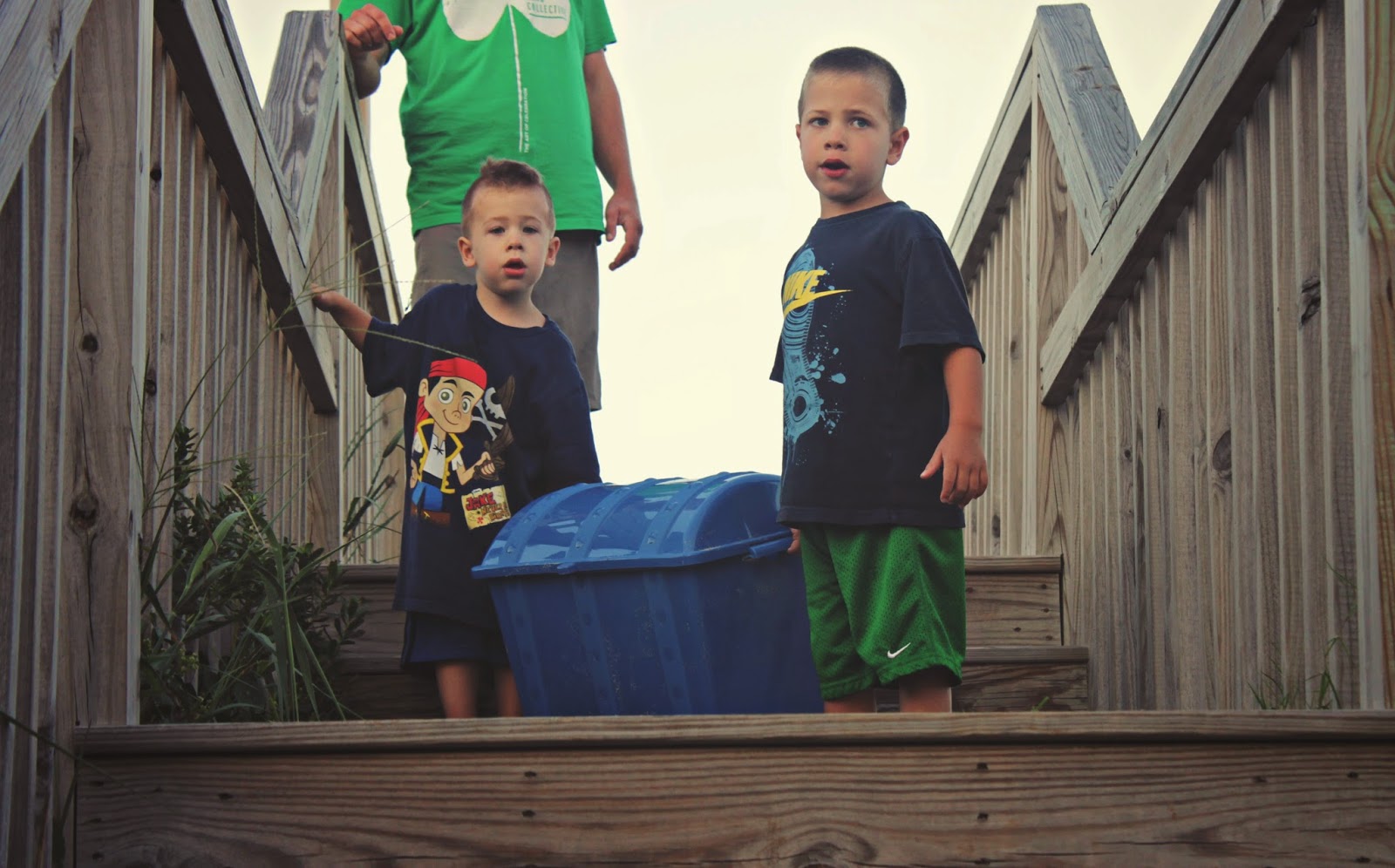 Excited little guys heaved their loot back up to the beach house where the equivalent of Christmas morning took place on the front deck. 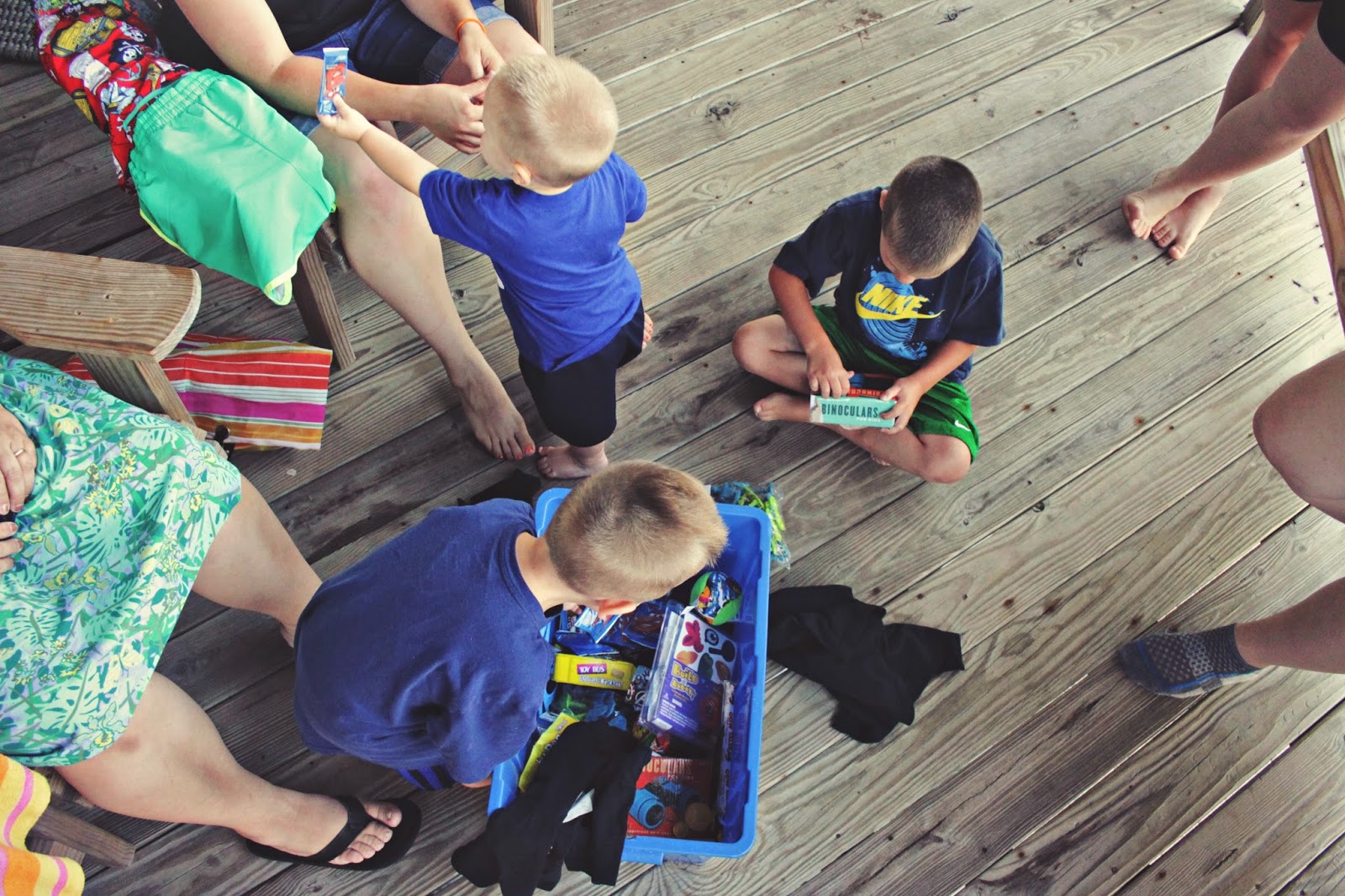 After eye patches, and spy glasses, fruit snacks, and glow-in-the-dark skull and cross bones t-shirts, we headed inside where Captain P had left behind a feast! 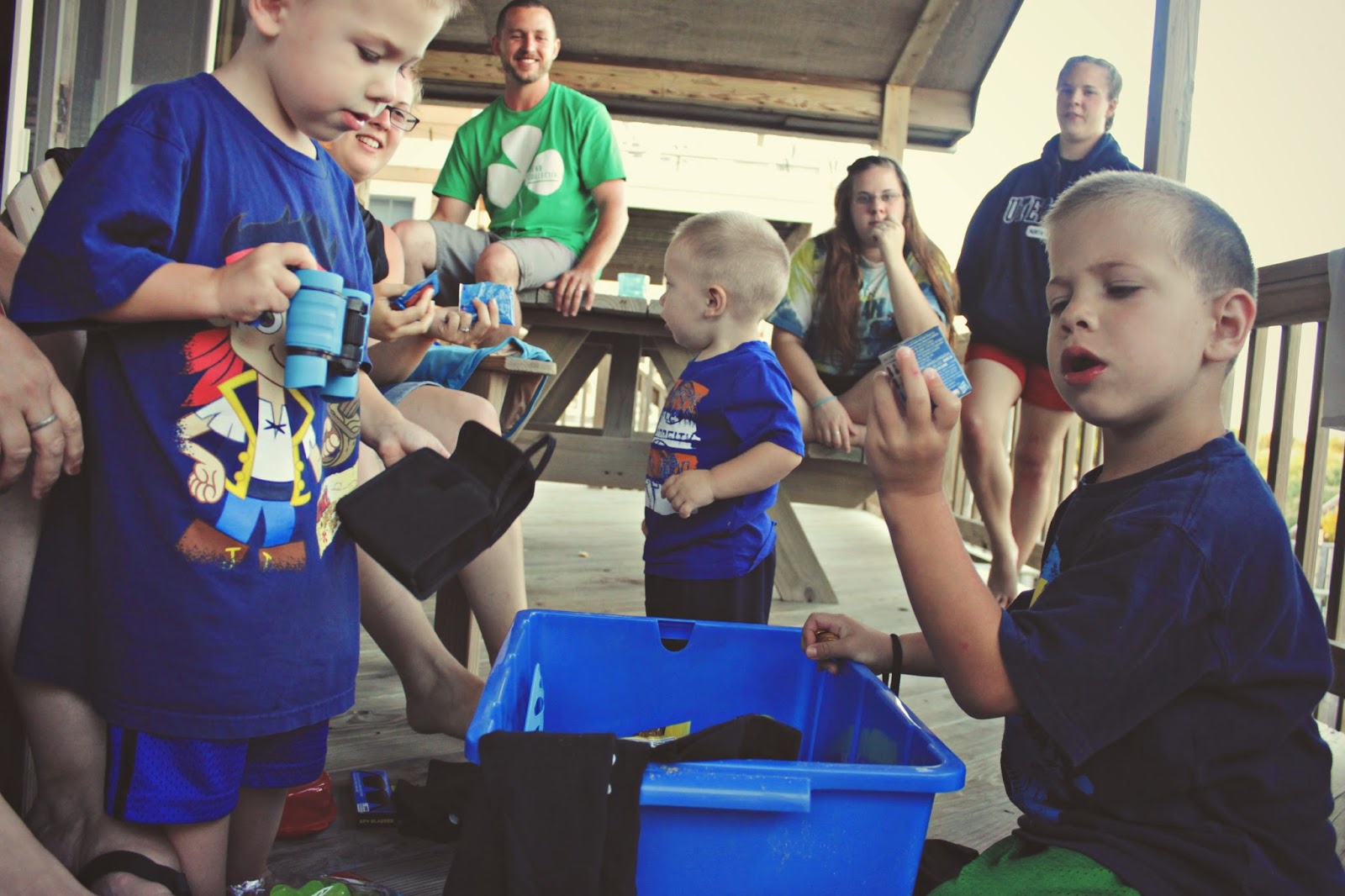 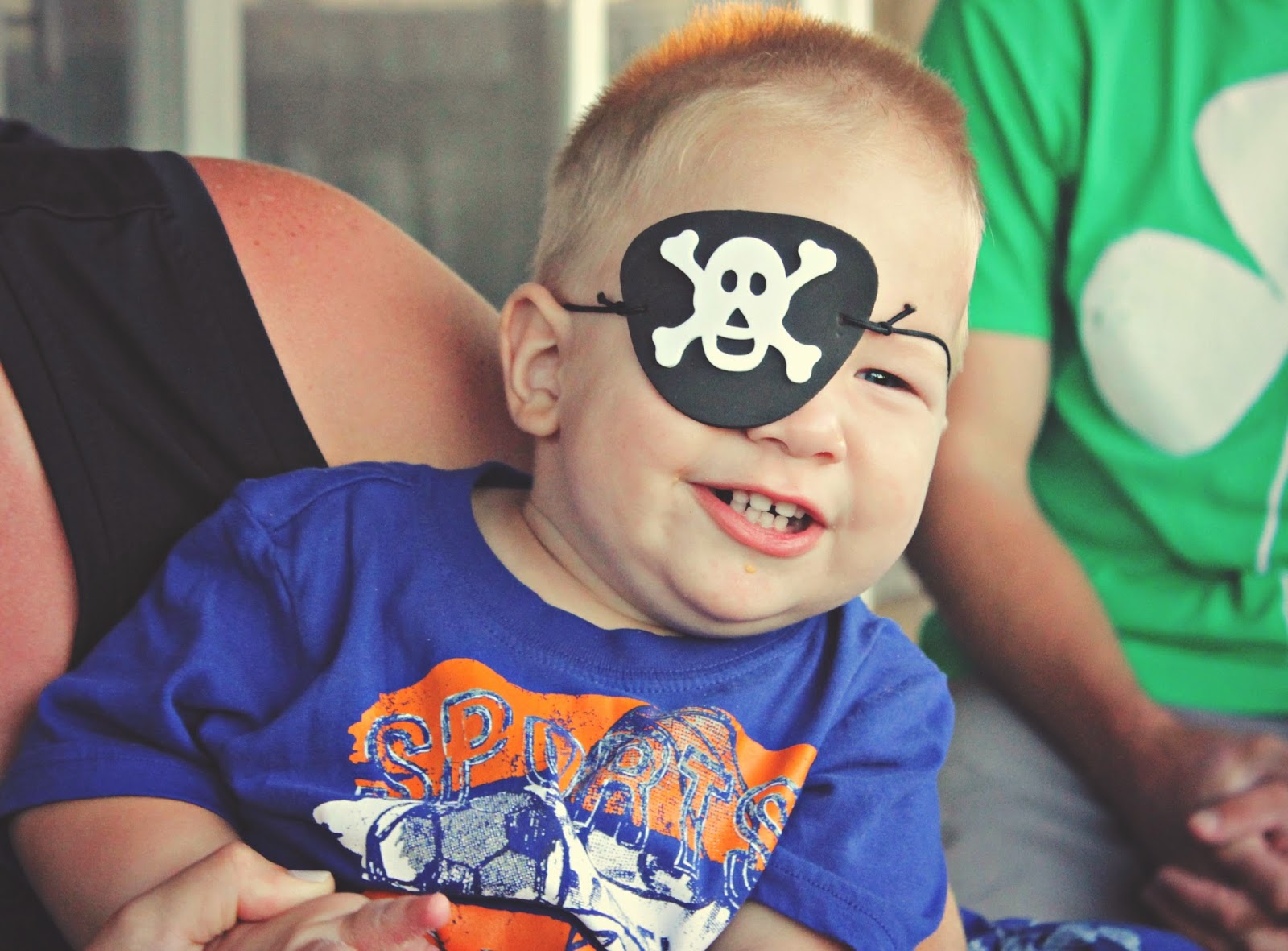 Captain P is probably a lot like the idea of Santa, and in spite of the elaborate attempts to keep Captain P's identity and build excitement for awaiting his arrival each beach trip, I know it won't last forever. 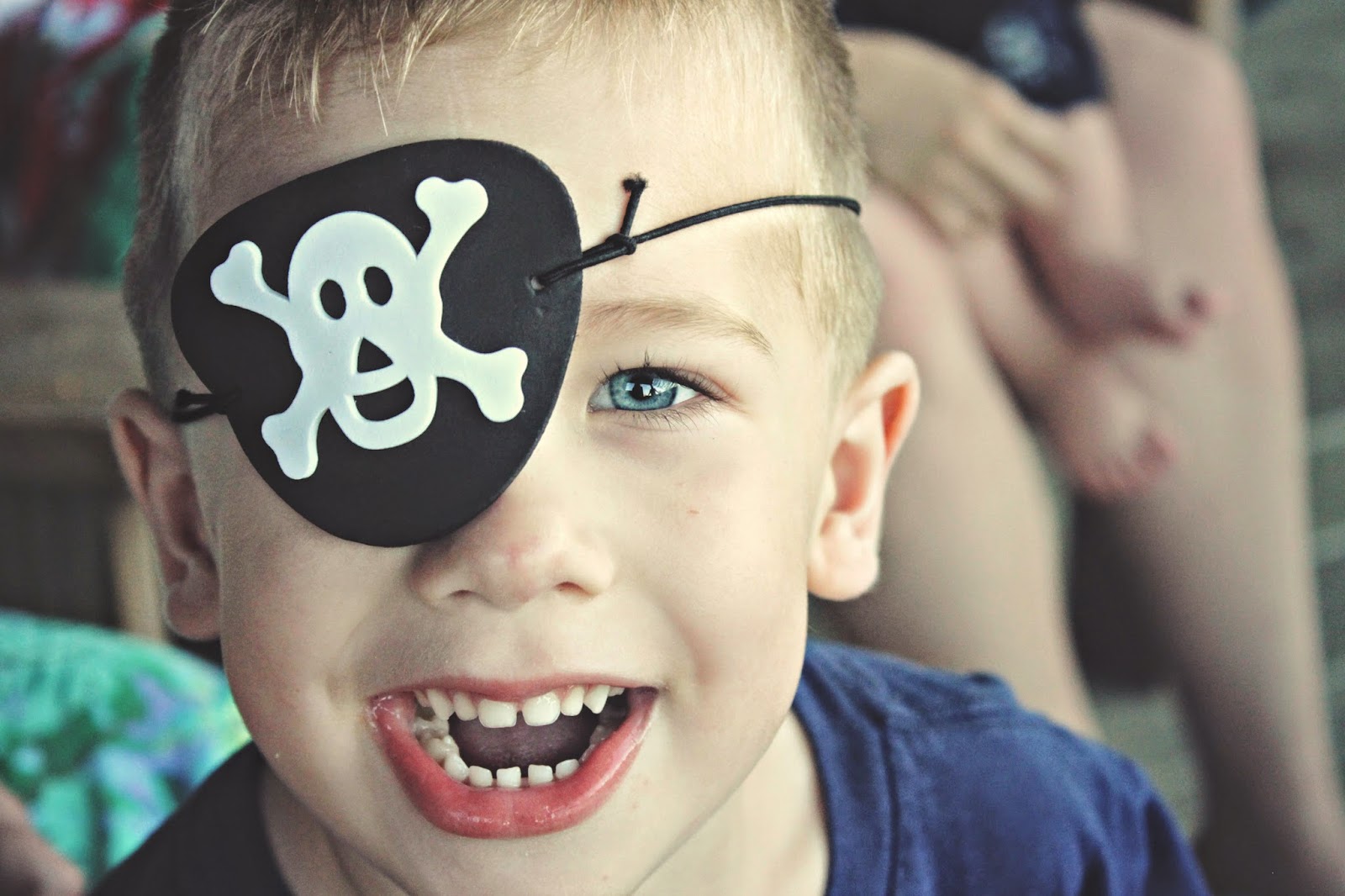 But I'm hanging onto it while we can. While imagination and stories are ripe with innocence. While the ugly world with harsh reality is still far away, I hope these little guys will eagerly be scanning the horizon for their pirate for years to come.
Labels: Brothers Family Outdoors Traditions travel