Where In The World Are The Clarks?

I'm not going to pretend my blogging appearance has been a tad spotty as of late. 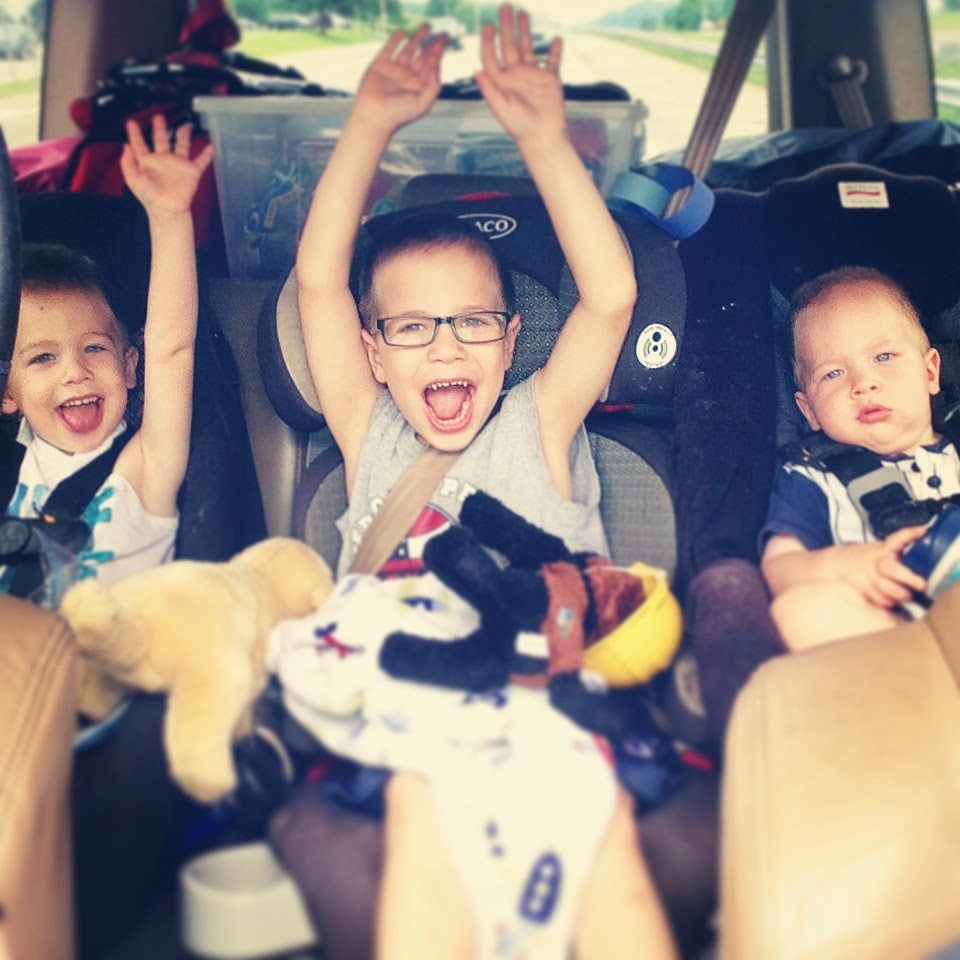 I could come up with a ton of reasons why and to the diehard blogger they would sound like pretty lame excuses. 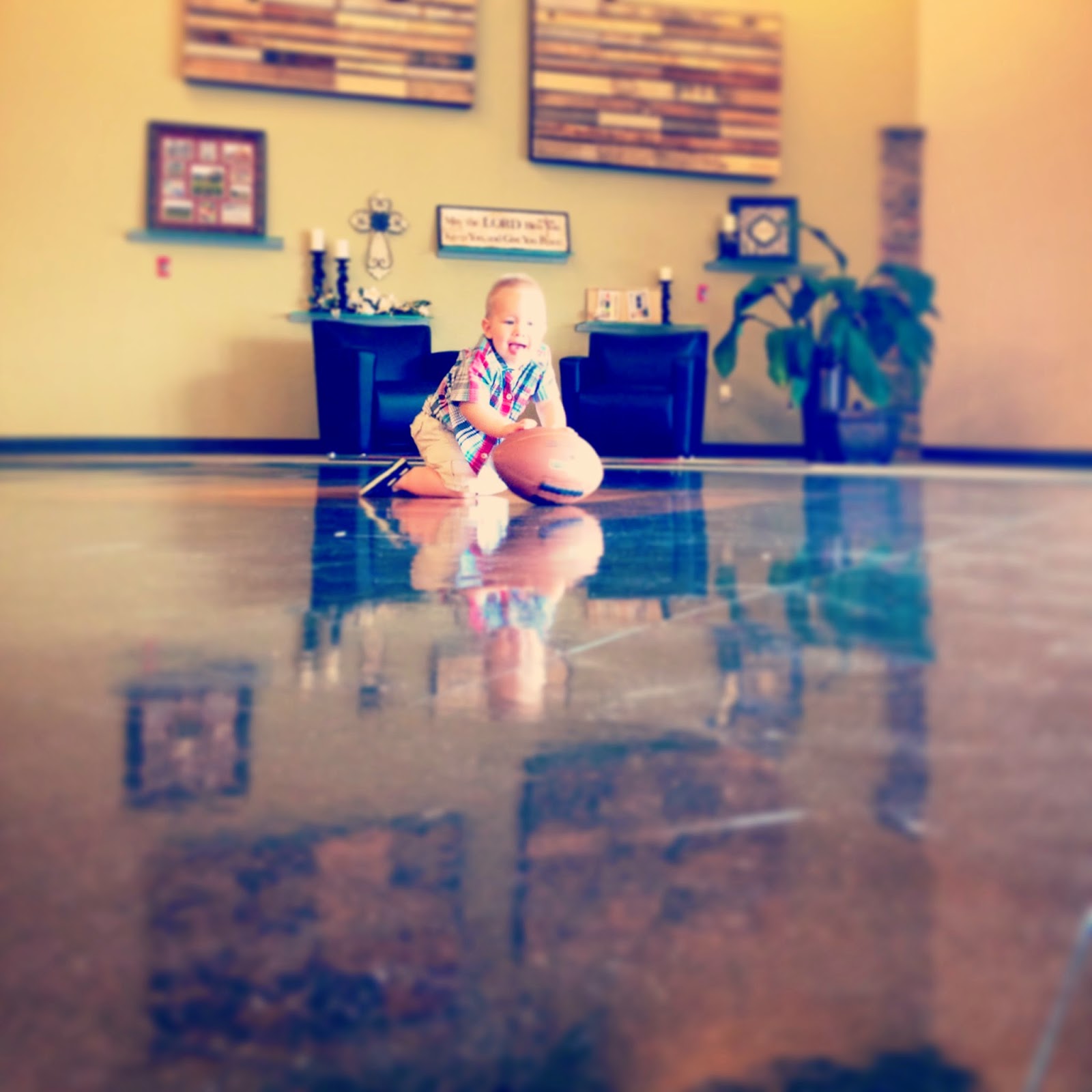 Like, I haven't had time to blog because we loaded three kids, a weeks worth of clothes,and a year's worth of "missing" into the back of our car and headed over 600 miles to middle America. 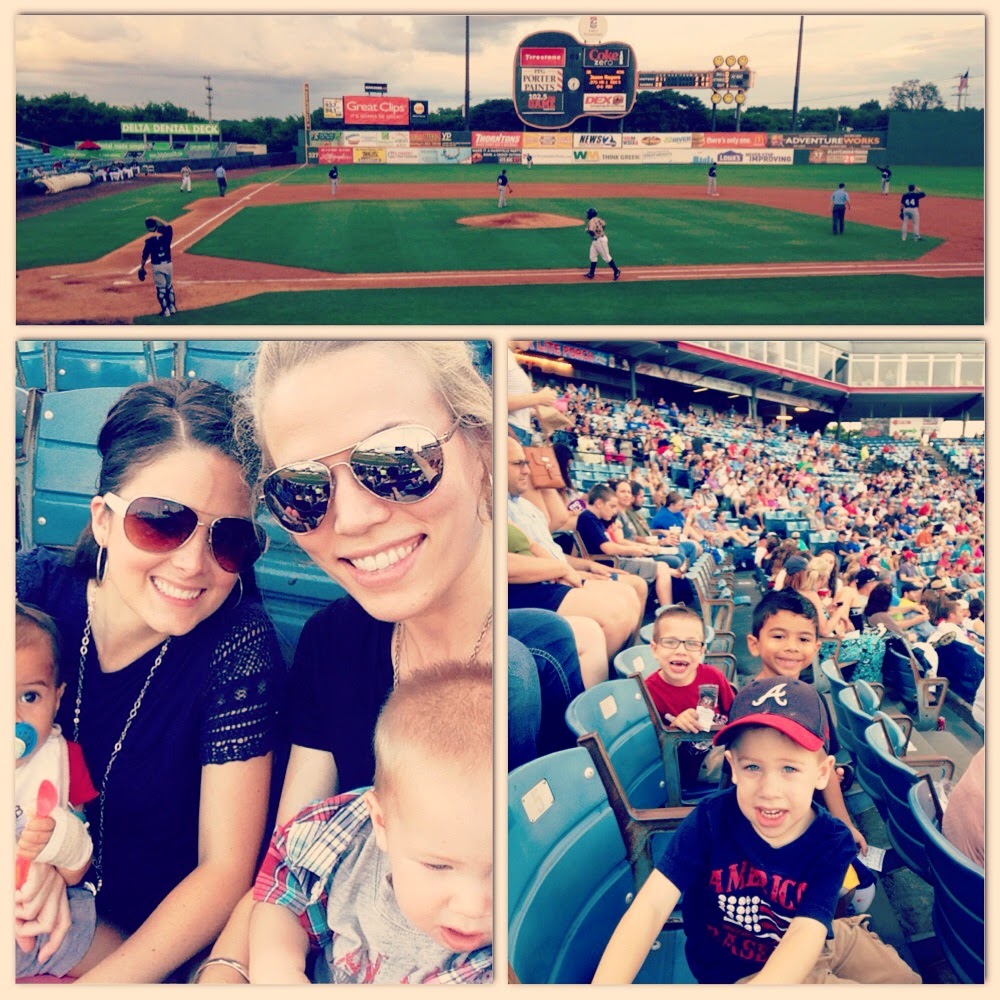 I haven't had time to blog because we went to baseball games and ate hot dogs, spilled mustard, lost favorite water bottles, and totally nailed a pitch perfect rendition of "Take Me Out To The Ballgame" during the 7th inning stretch. 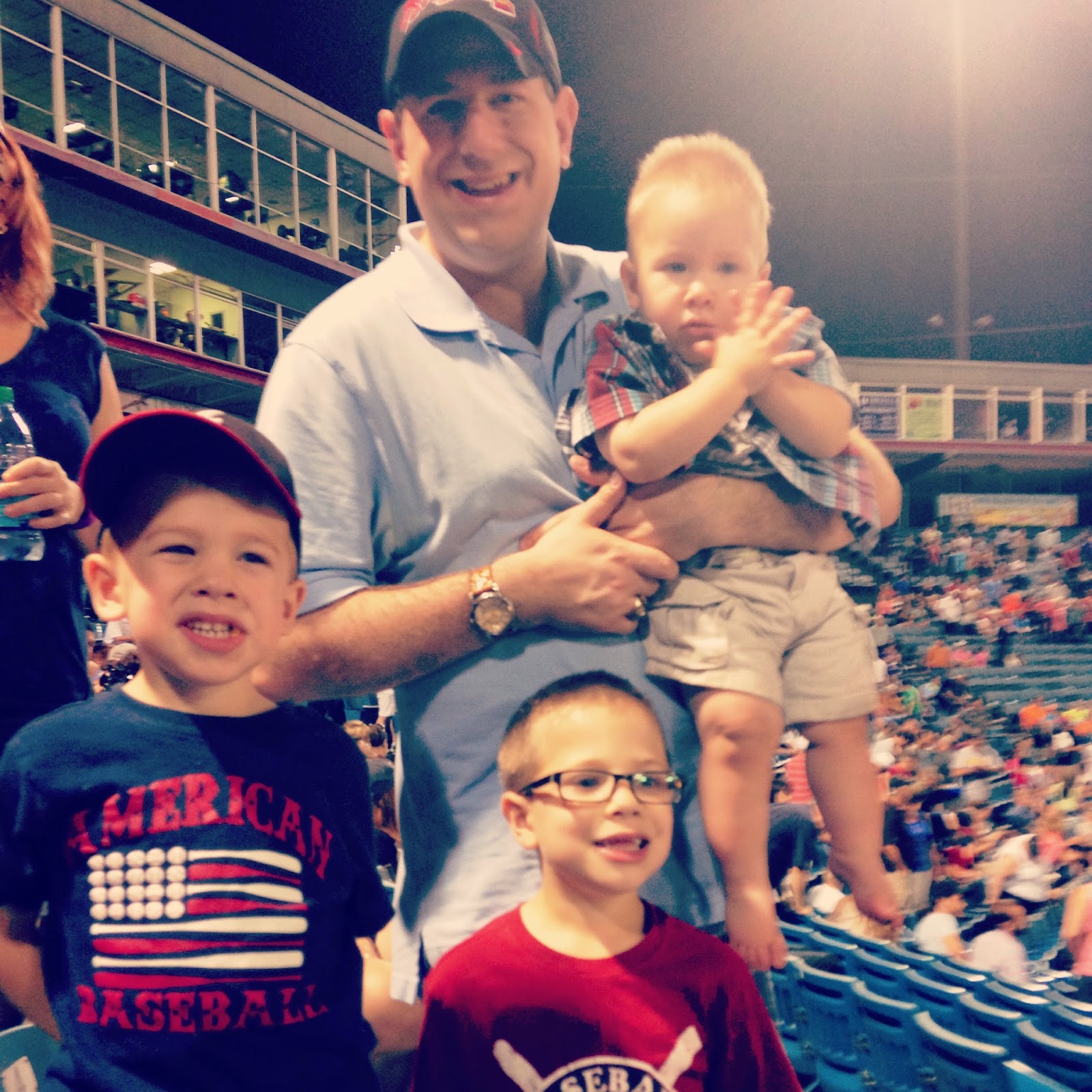 I haven't had time because we had crazy parental judgment lapses and let three preschoolers "run the bases" with hoards of older kids after the game resulting in a rogue three year old skipping the bases and going straight for the pitchers mound... 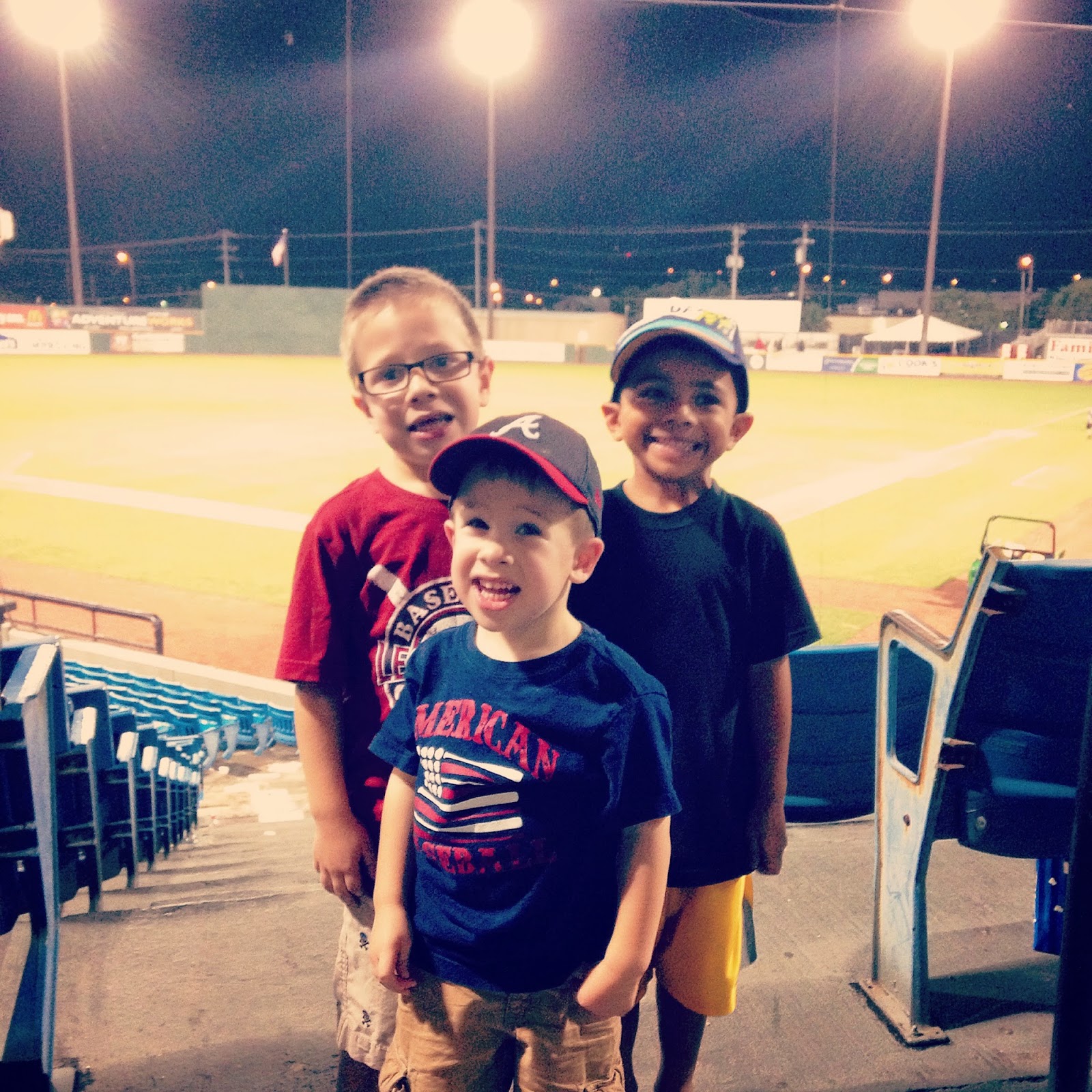 ...and a 4 and 5 year old slightly panicked at not seeing their parents anywhere among the throng of other moms and dads waiting for the some 200 kids exiting the field. But bases, and pitching mounds, were run. 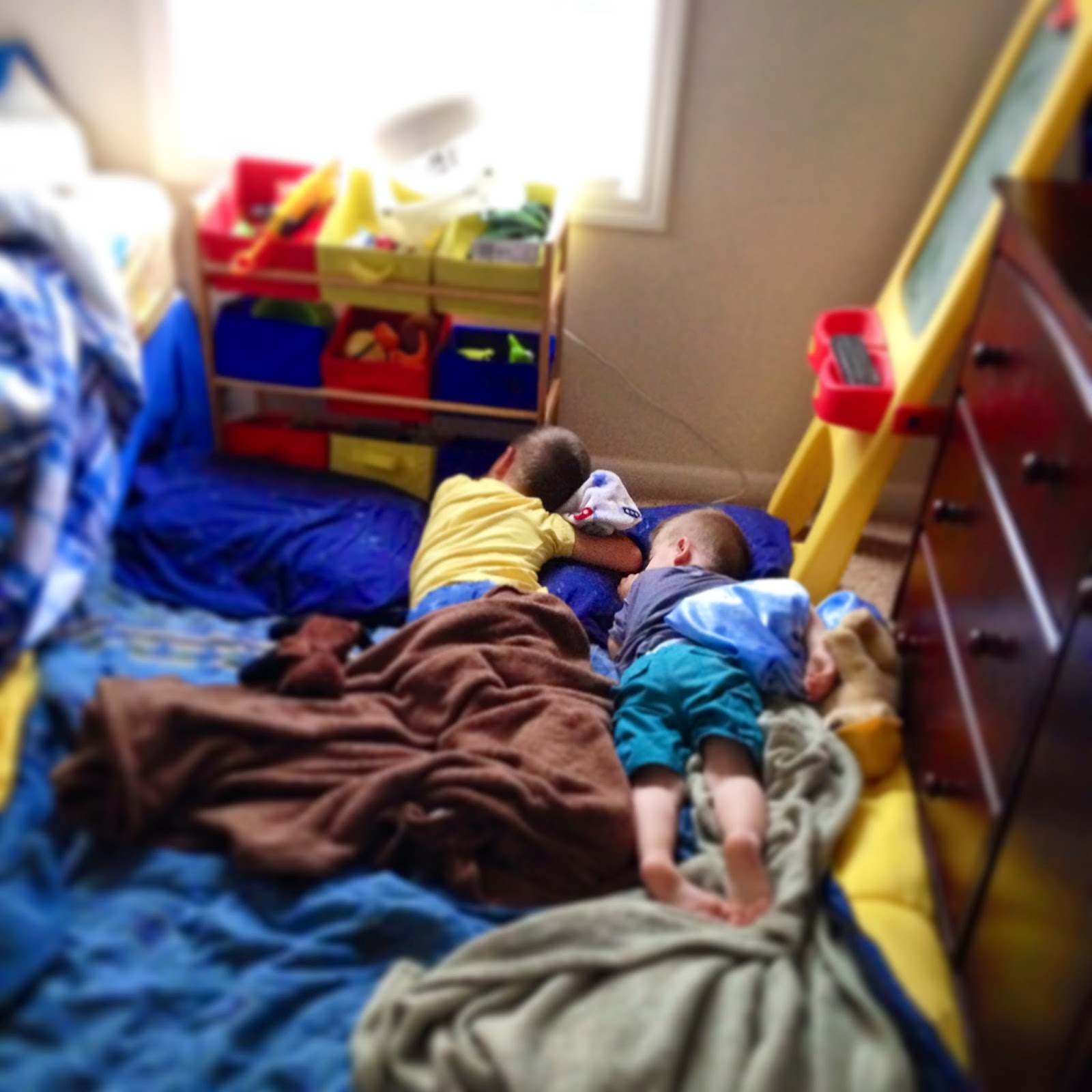 I haven't had time because we literally didn't stop soaking up every minute with cherished friends. We ate when we found time, slept where we dropped, and partied late into the night with babies and Redbox. 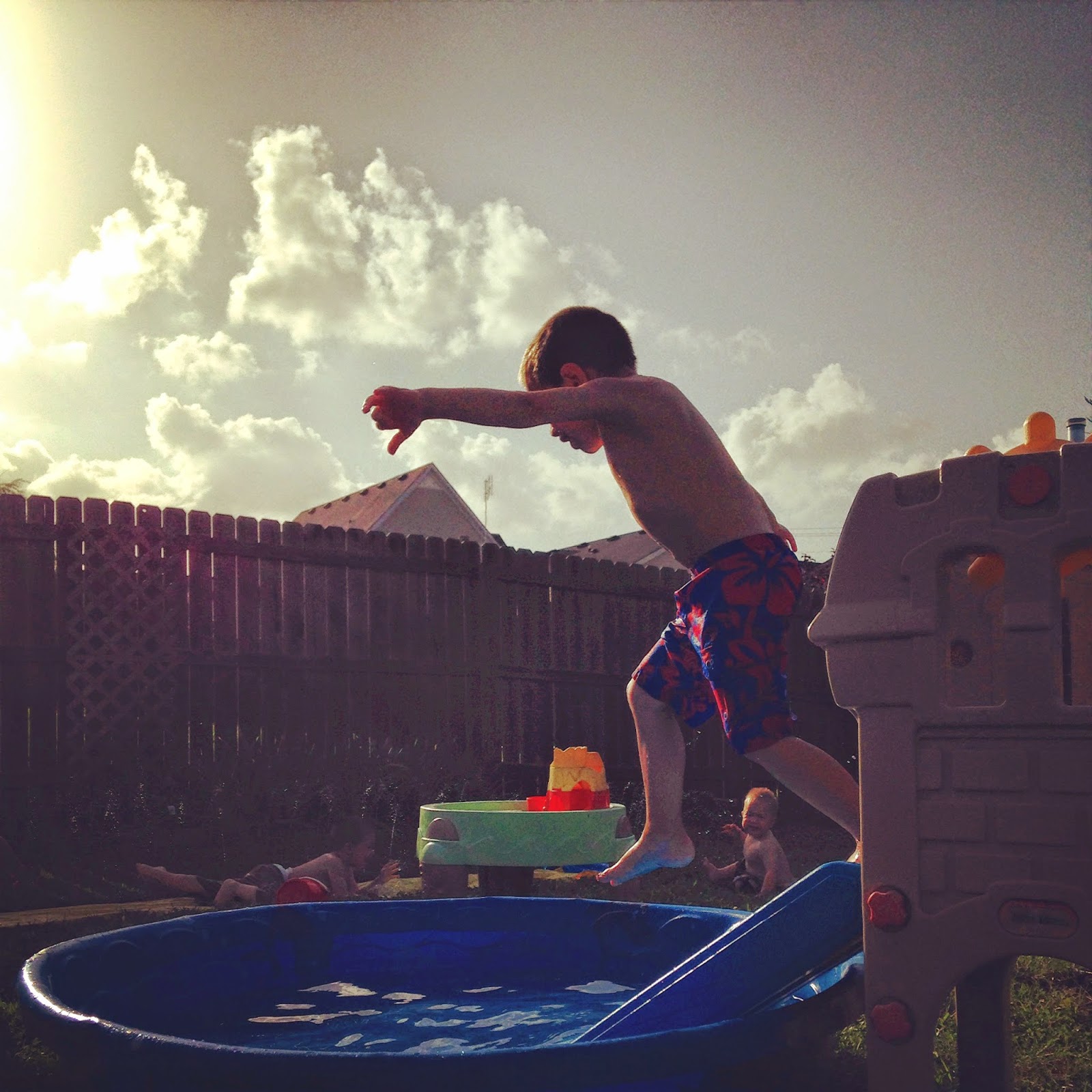 I didn't have time because we spent the evening in a boys' backyard wonderland where friends set up every spraying, splashing, mud-making, water drenching apparatus known to make a kid shriek with summertime glee. 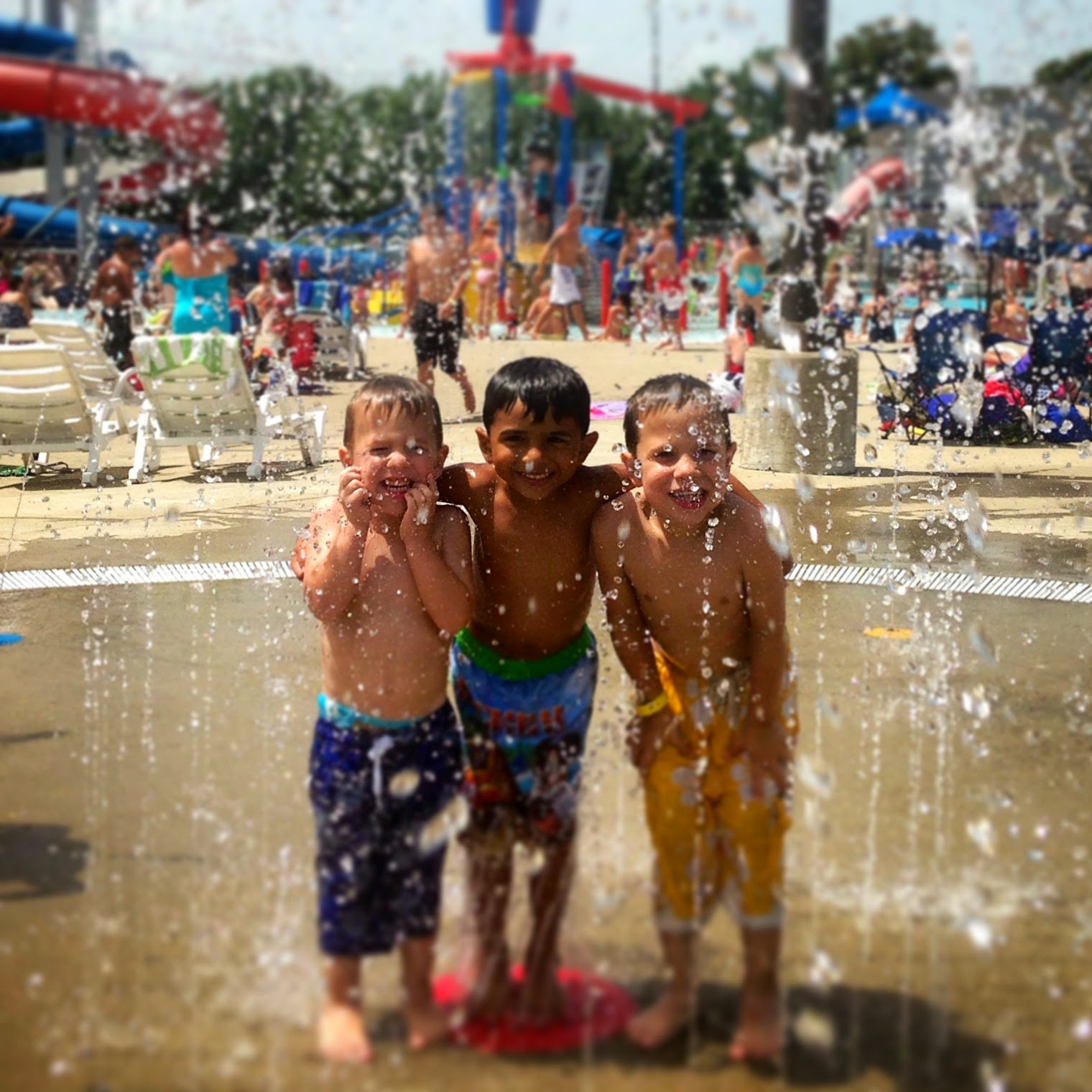 I didn't have time because we were getting daily doses of Vitamin D, picnic lunches, splash parks, and Sonic Happy Hours, yes that's plural. 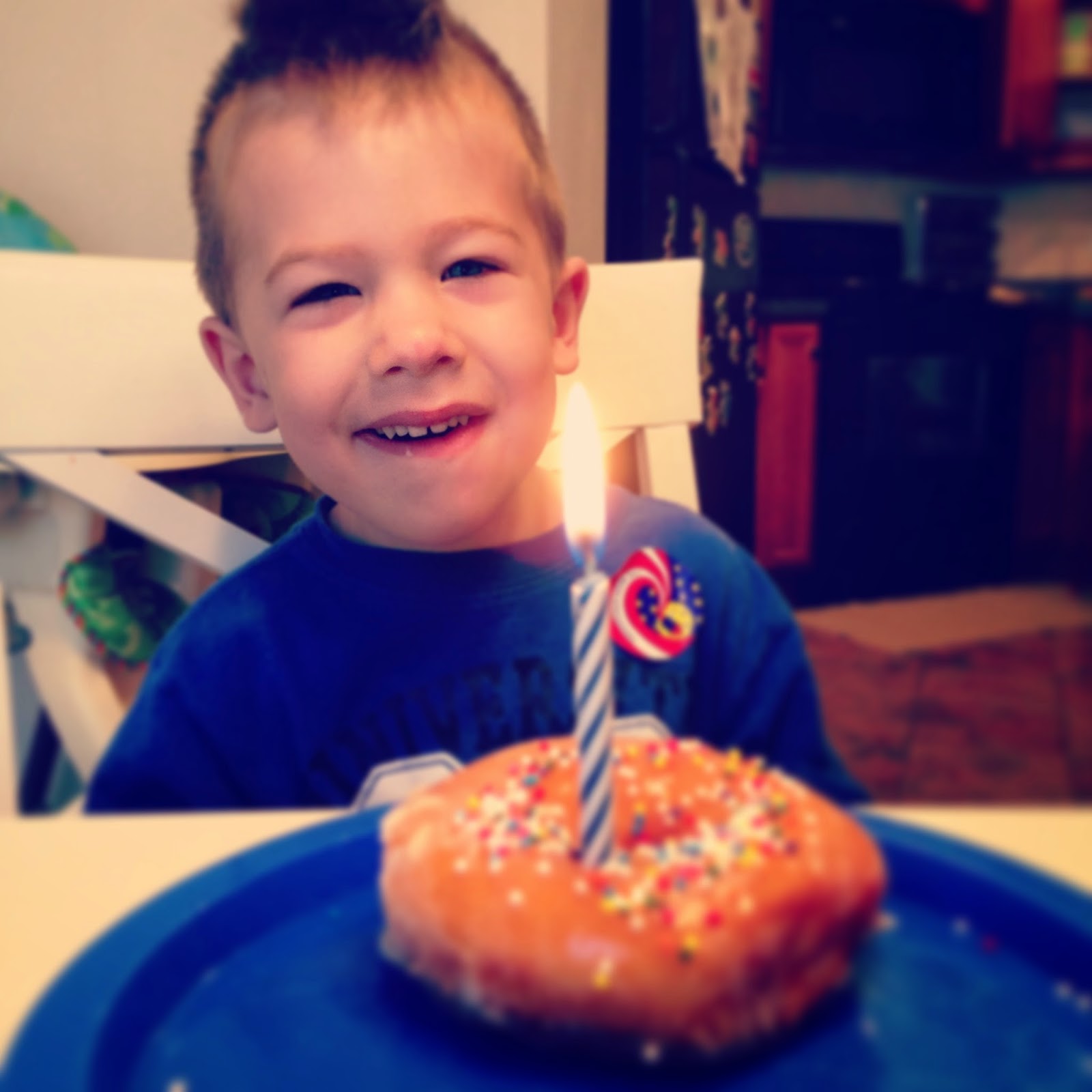 We didn't have time because we were busy celebrating our J-Man's third birthday right down the road from where we first gathered him into our arms. His perfect day started off with original glazed, lead to our favorite library train dream land... 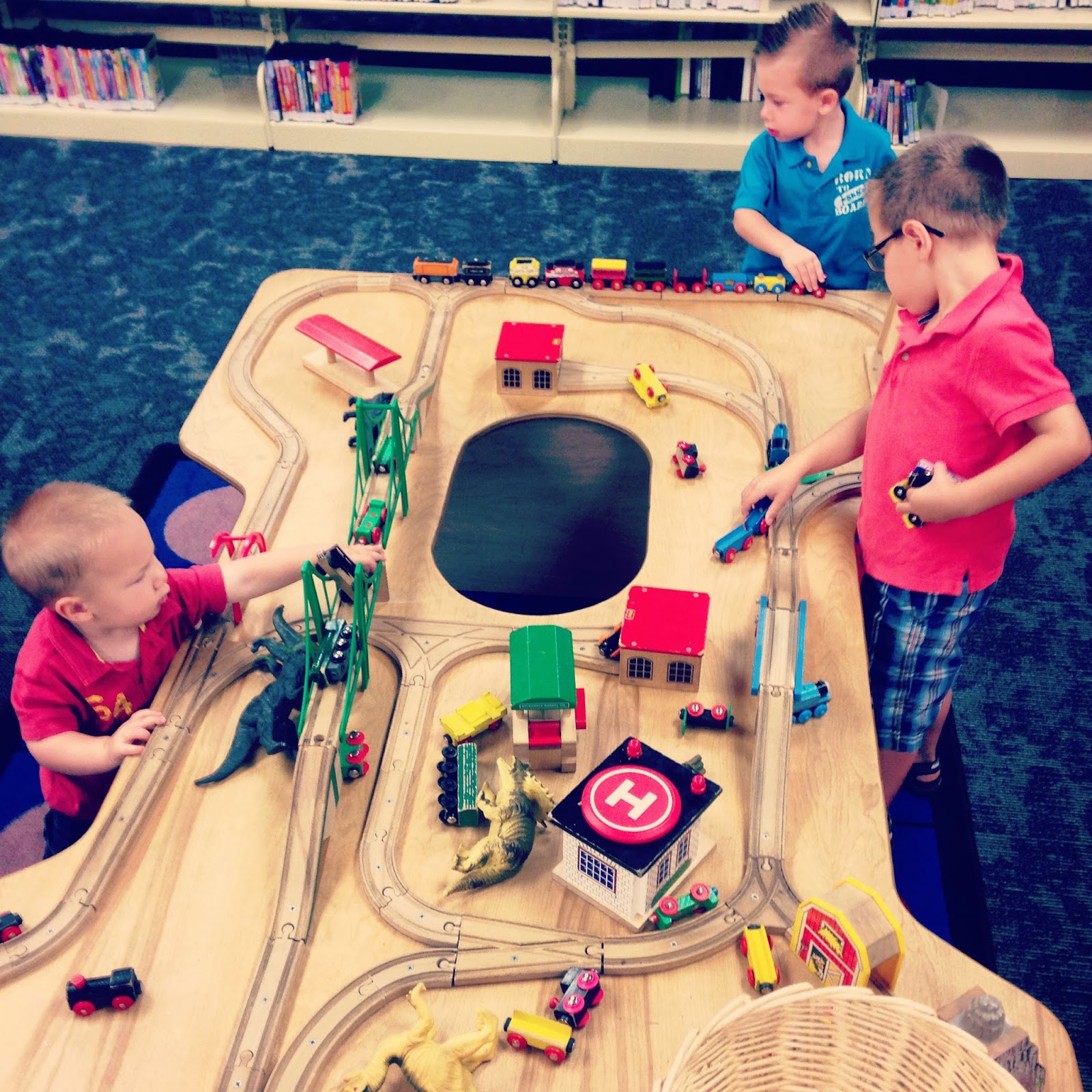 ...continued to "The Chip Place", a few hours at a favorite park, and a very needed afternoon nap, which are quickly becoming more extinct and I am in no hurry to see those dissapear; remember the whole "lack of time" thing? 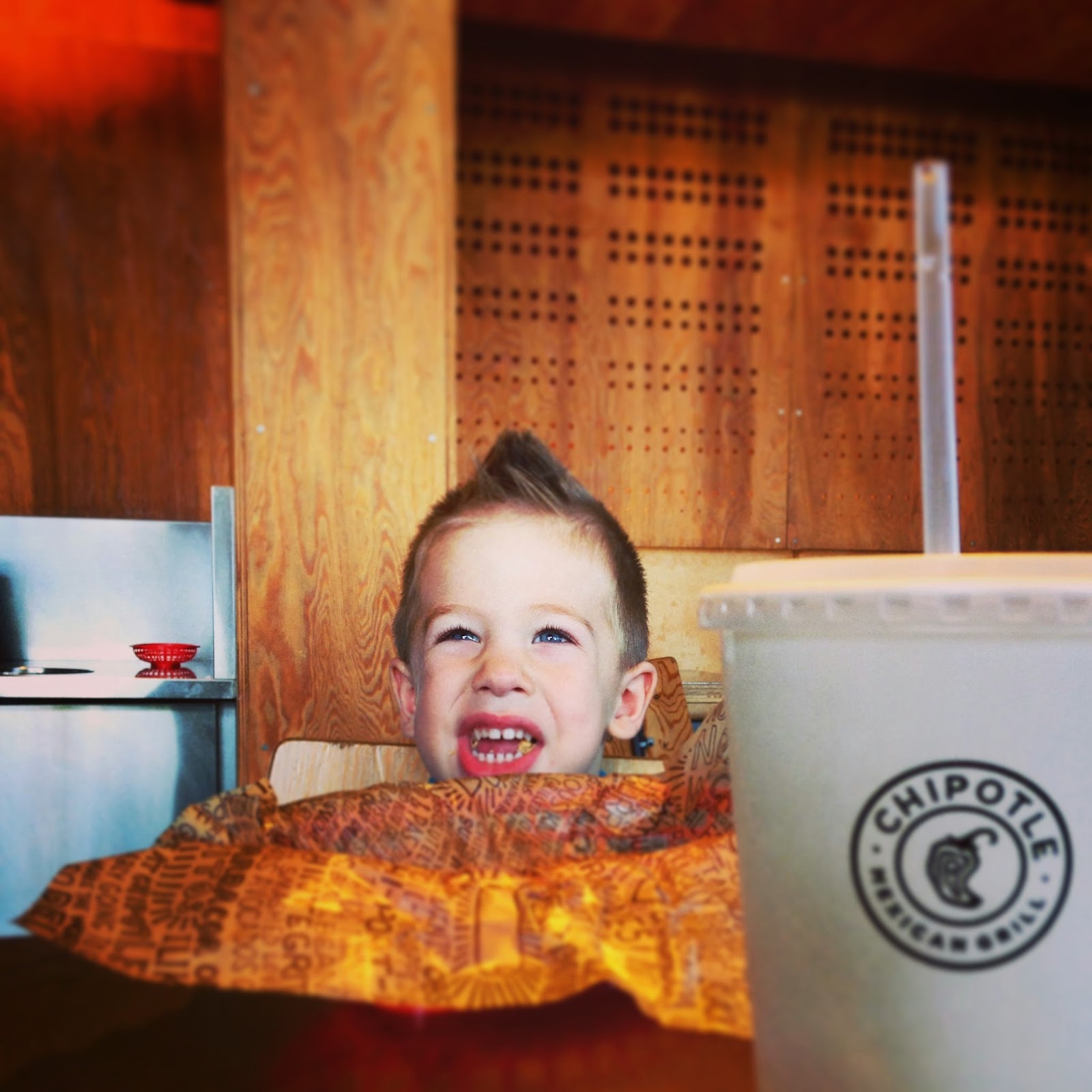 I didn't have time because "three" came quick, too quick. Jefferson just turned into a little man and instead of blogging about it, I lived it with him. 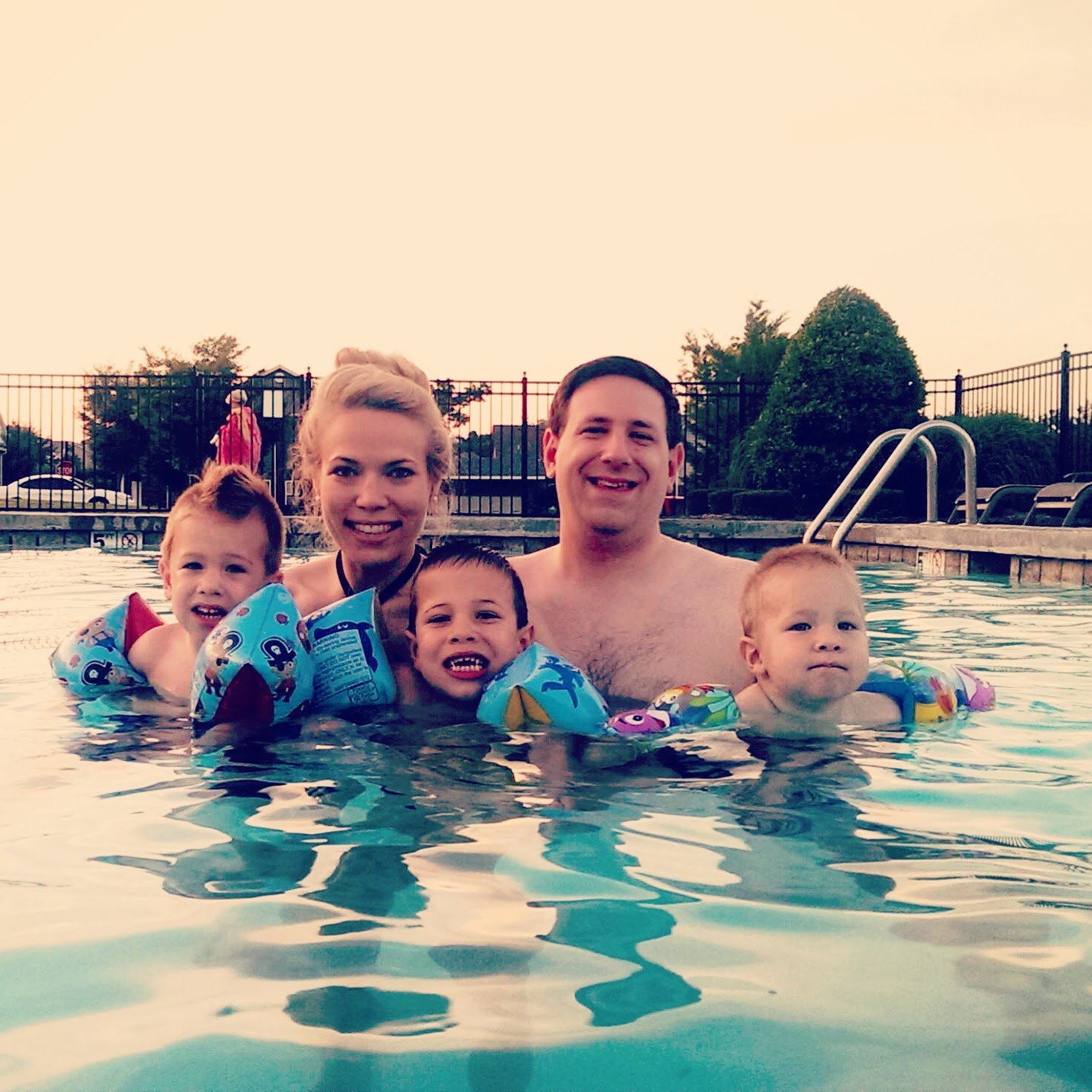 I didn't have time because of swimming...enough said. Oh, and sunscreen application, water wing inflating, water up nose choking, and fearless pool side jumping. 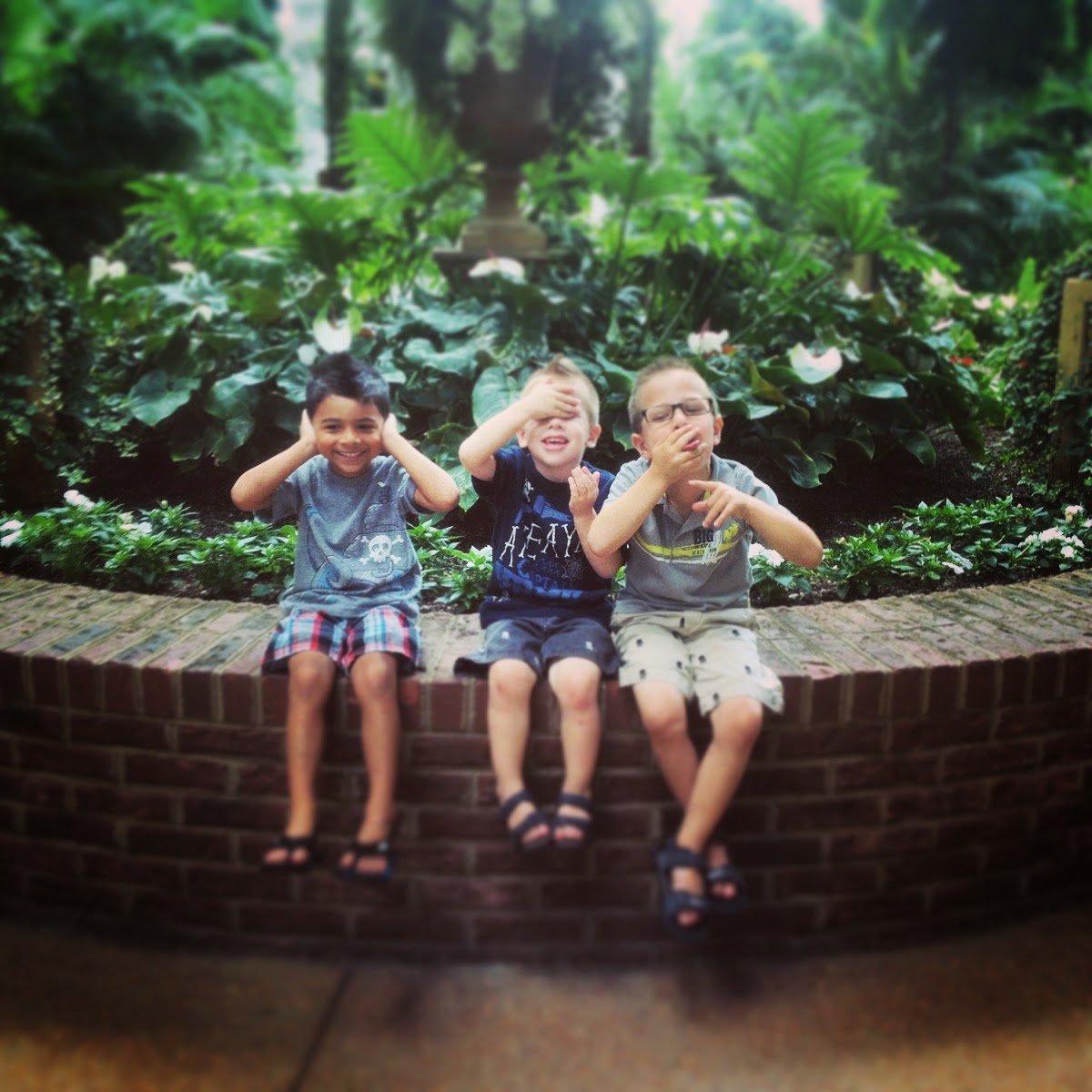 I didn't have time because there were gardens to be explored, fish to be hand caught (attempted, and thwarted), snacks to be devoured, boys to be chased, elevator buttons to be smashed, arguments to be quelled, and jokes to be made. 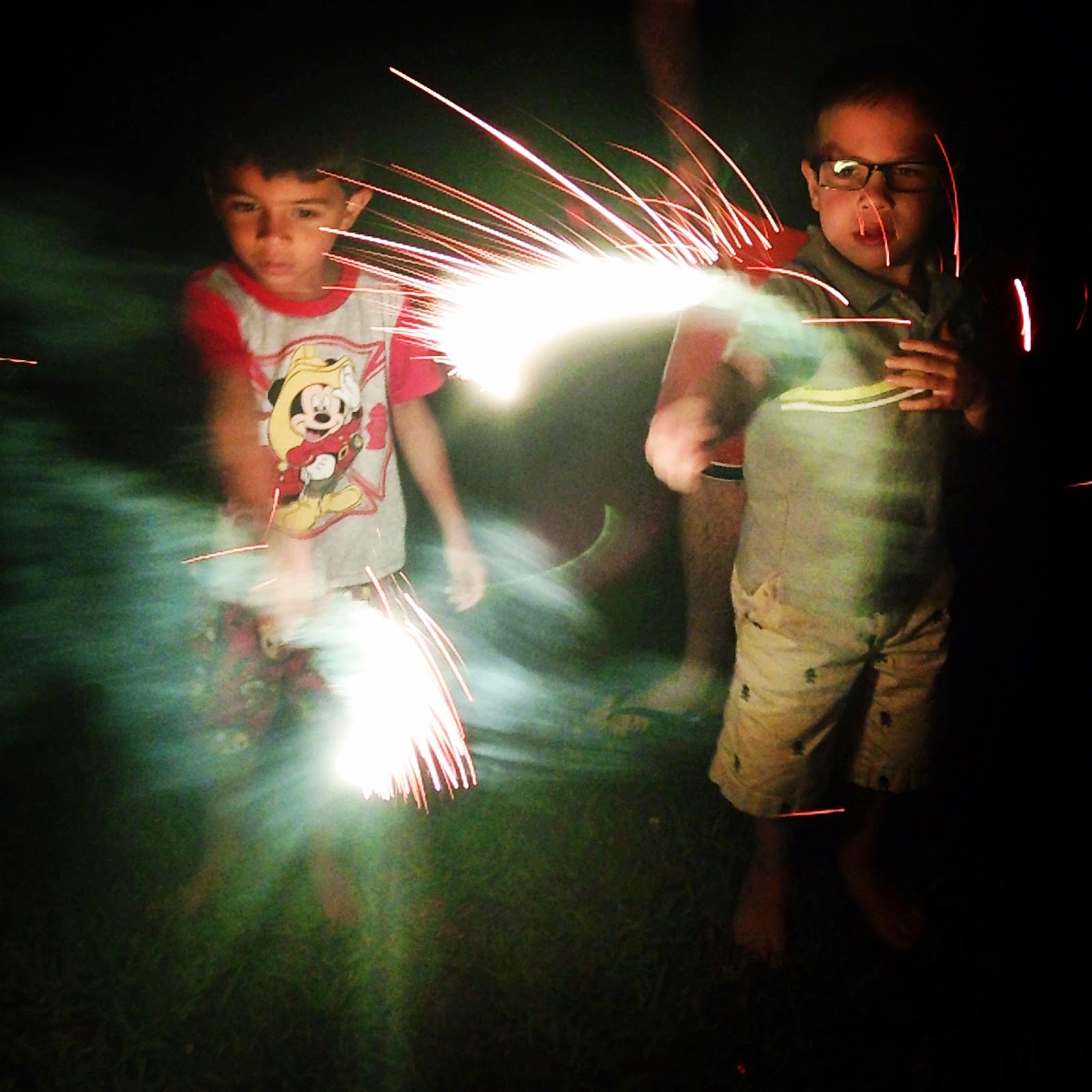 I didn't blog because there were things to blow up, fuses to ignite, fire to play with, and explosions to make. 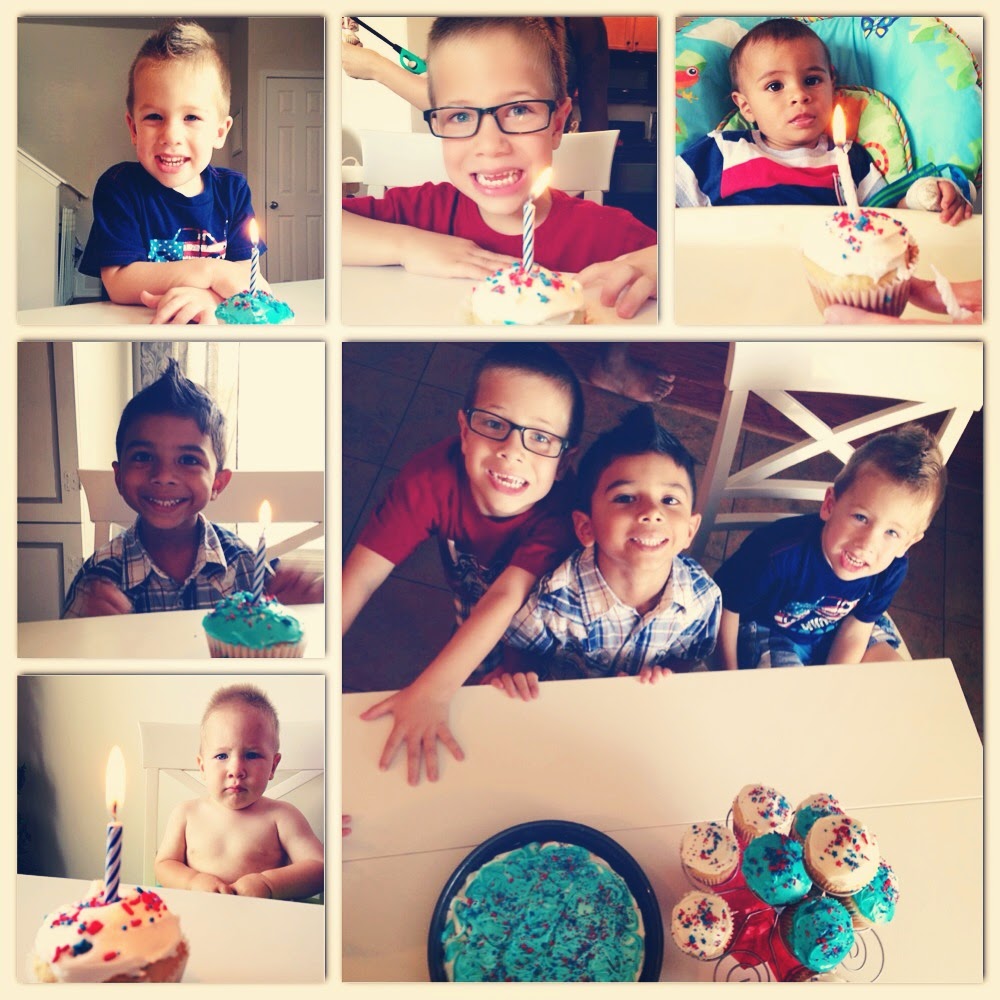 There was no time to blog because there was a birthday party to throw, for five little boys who ache to be with each other on their special days. Since miles and time hinder wishes, we made it come true in a surprise birthday party for them all with cupcakes, and presents, and candles and sheer joy. 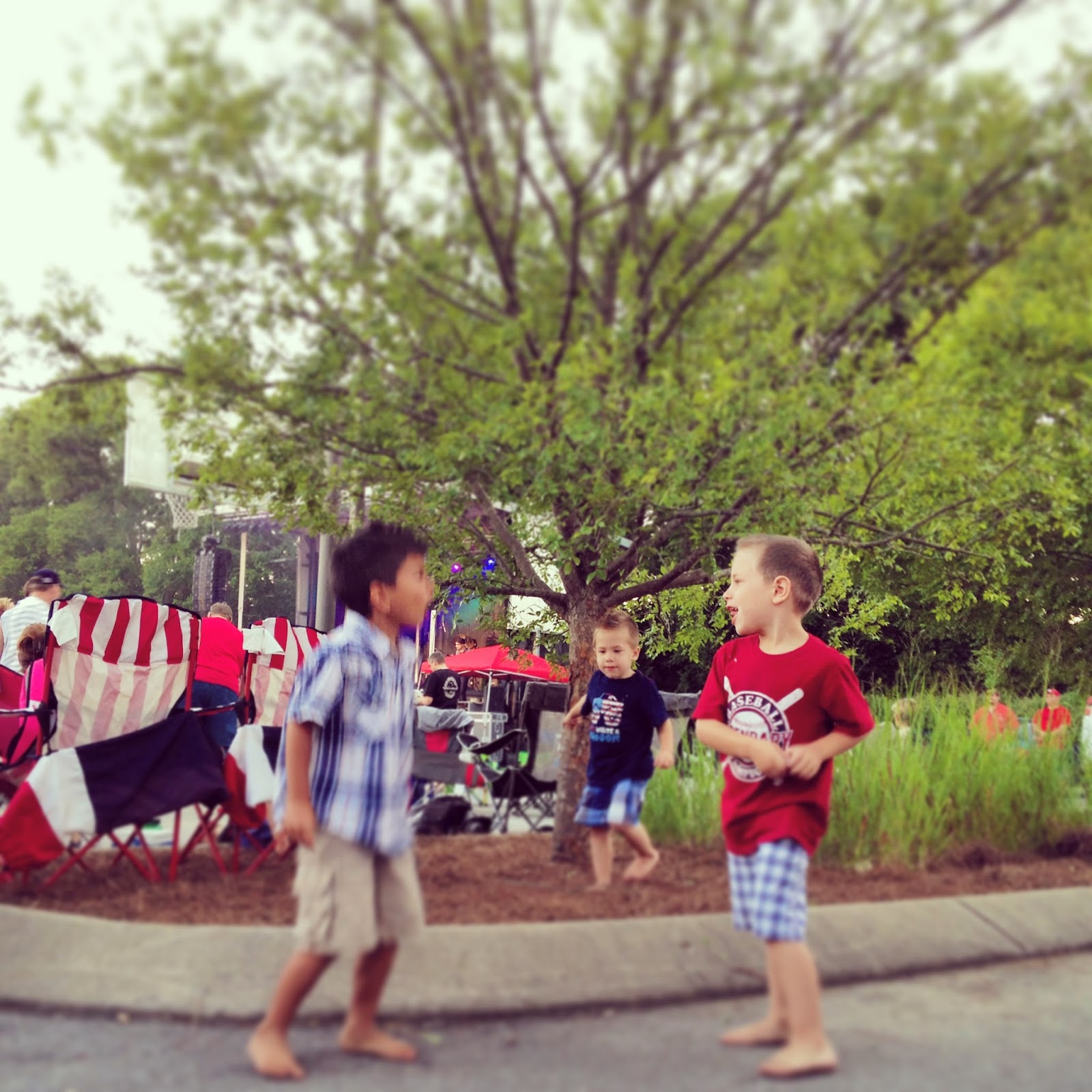 I didn't have time because there were bouncy houses with slides and three year olds frozen in fear at the top. I threw off my sandals and climbed to the top to show my little man the bravery he really had to come down. 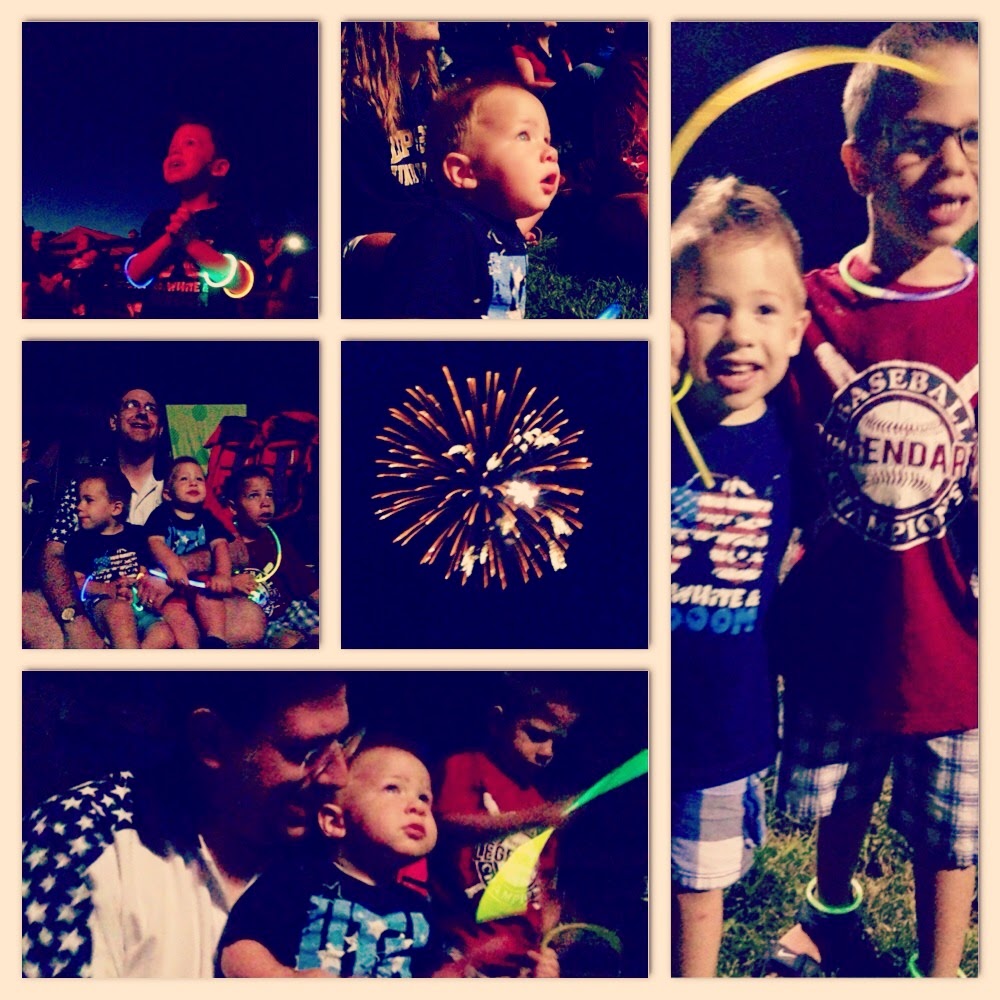 Time to blog was lost to glow sticks, and picnics in a field, concerts and sparklers. Time was filled with fireworks and little boy shrieks, little faces momentarily illuminated in white and gold as America was celebrated late into the night. 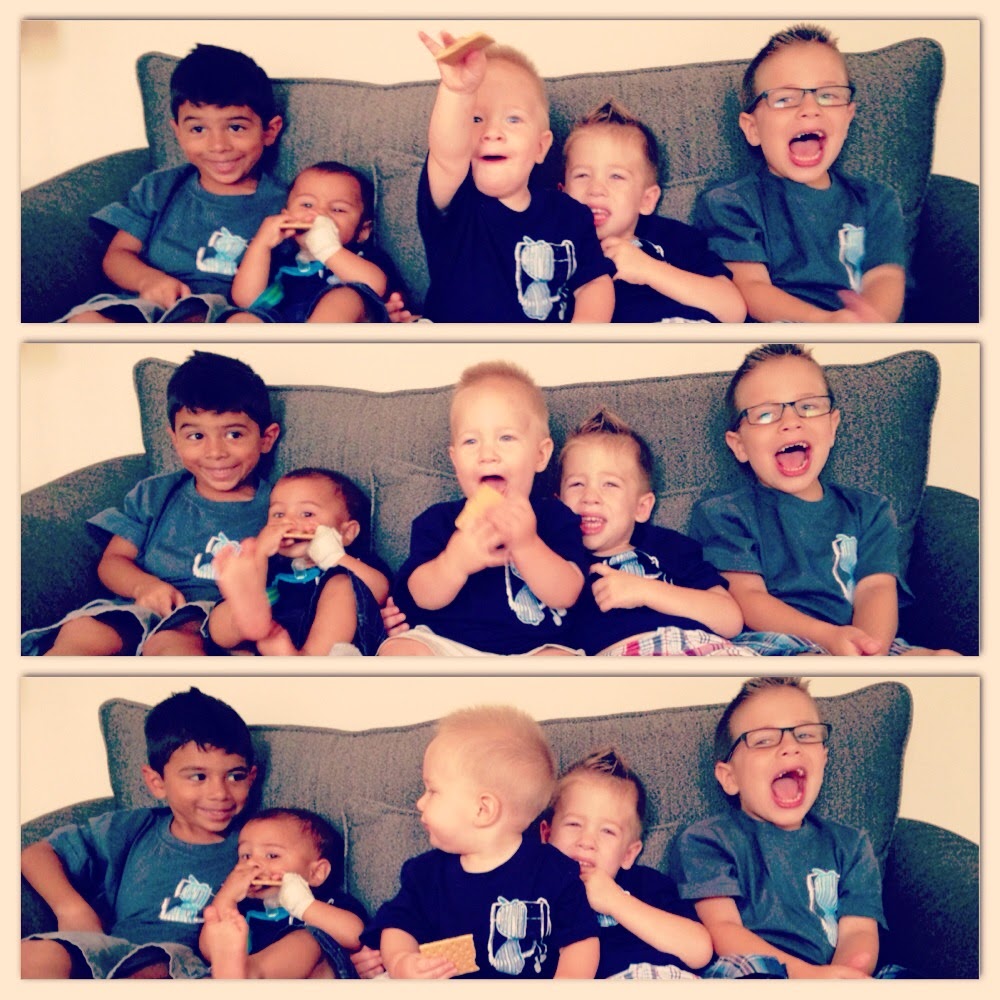 Time was filled with falling asleep watching movies, devouring entire bags of kettle corn, grocery shopping, lost toy hunting, three loads of dishes a day, dozens of loads of laundry, little boys whispering into the night, praying together, hugs and tears, laughter, and memories to last until the next time. 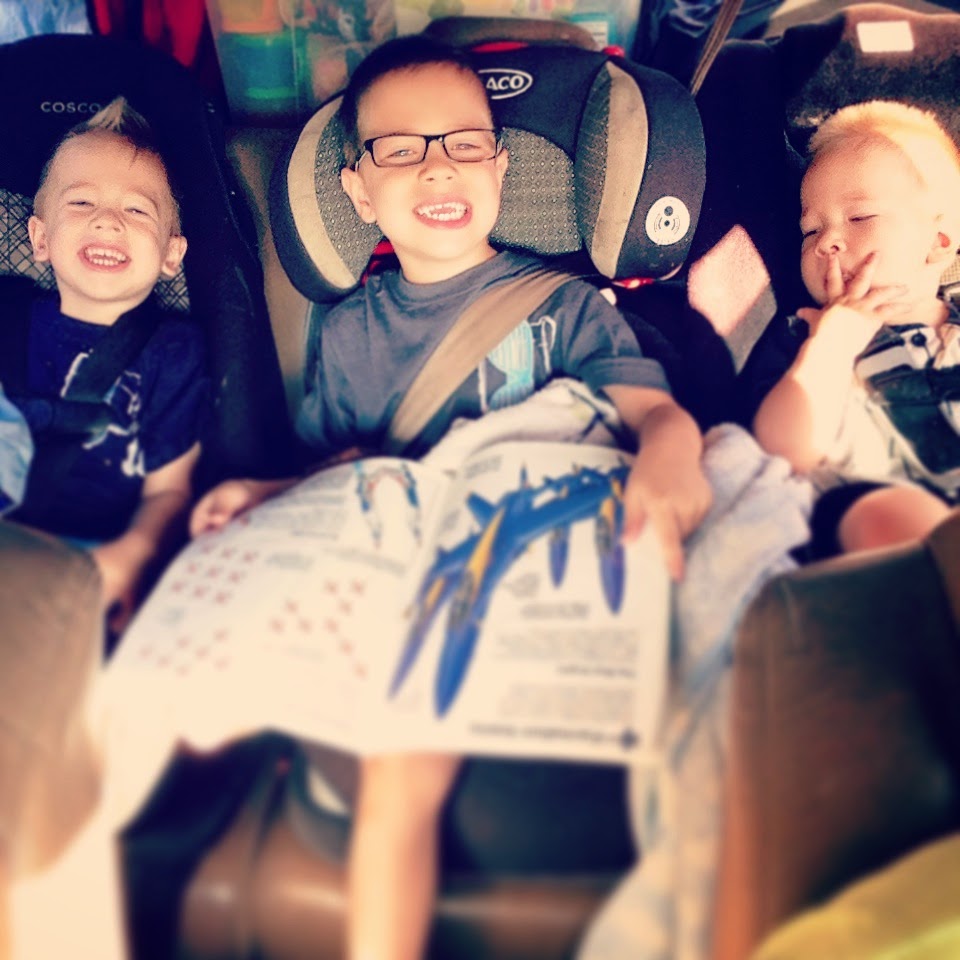 Excuses for not blogging? Maybe, but time was not to be found because my time was wrapped up in real life and the fleeting days of memories waiting to be opened and cherished. And right now I hear little boys engaged in a mighty green army men battle, so my time here today is done as I head to the war front :)
Labels: Friends Holidays travel