Closer Than a Brother

I will confess the second part of that Bible verse has always left me confused, "A friend that sticks closer than a brother.." We are fervently aiming to have our five little Clarks continue to grow in their bond with one another; to protect, love, serve, and support each other as long as there're on this Earth. 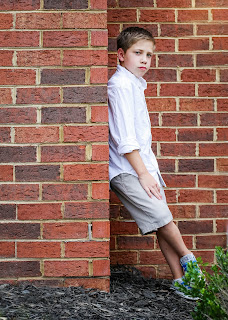 What bond would be written about that could be exemplified greater than a bond of brotherhood? And how can I train my growing children to attain to this relational level? 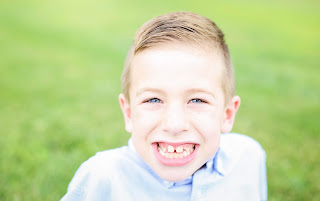 But then on a random Sunday in August, in his quiet and steady way, Jeff lived out the doctrine that had left me confused and in one act of devoted love to his big brother cleared up any ideas that I somehow needed some special parenting measures to ensure their bond into adulthood. 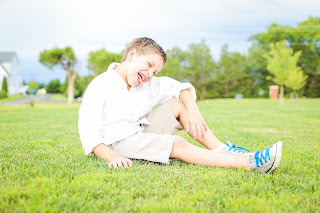 In Sunday School, Jefferson's class was presented with the craft. After hearing what it was to be, the leaders gave the class the option of staying indoors to complete the craft, or going outside to play on the playground. The majority of the room emptied to the great outdoors, but Jeff felt purposed in his heart and lead by the Spirit to complete the craft. 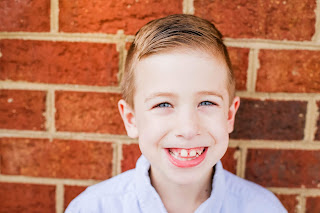 The directive? To make a bracelet and write someone's name on it you would like to have a reminder to pray for more. Jeff chose his favorite color and in his perfectly imperfect 7 year old handwriting wrote the name of his big brother, Harrison. 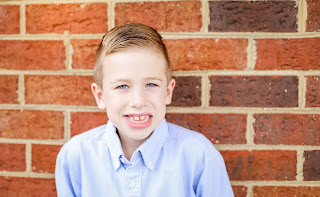 I honestly didn't know any of this until hours later. I had seen he had a bright paper bracelet around his wrist and he explained he made it during craft time but in quiet Jeff fashion he didn't offer any more information and I've learned to let that be ok sometimes. But later that afternoon he and his big brother were involved in an altercation. Jeff stood loyally by his big brother even though he was left wounded by misdirected anger and accusations. 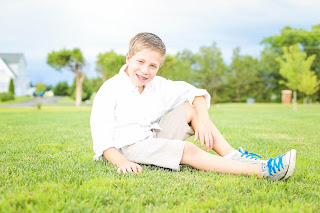 I observed Jefferson quietly fiddling with his bracelet, looking down at his feet, lips moving. So I gently intruded by taking him aside and asking him to share. That's when I noticed his brother's name written across the bracelet on his arm. It wasn't until I directly asked him, that he shared the details from the morning's craft time. He respects, admires, and loves his big brother so much that he wanted to make that reminder to bring him before His heavenly Father. To ask for blessings, wisdom, and favor on behalf of his big brother and to pray for God to strengthen and help Harrison overcome weaknesses he was working on. 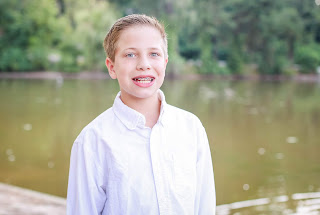 So during that altercation when he could have retaliated, been angry, stubborn, or indignant, he prayed. He chose to bring his offender before the Father and leave his burden there. My heart could not have been more swollen with emotion as I could not stop the tears that came while I hugged my little man that just had cleared up years of scriptural questioning. 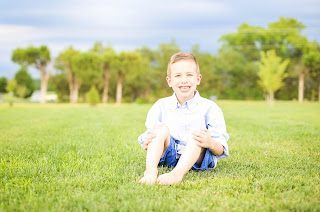 This friend that sticks closer than a brother doesn't mean brothers can't be close or have the strongest of bonds over any other relationships, but it does mean there is a relational level that can only be attained through a growing, thriving union with Christ. And when one is in close commune with God he is able to channel that wisdom, unconditional love, genuine interest and well being for others, and deep devotion towards another. 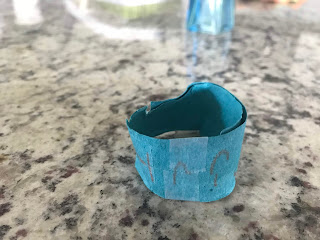 Jefferson was ten feet taller than me that afternoon as I watched my young man teach me spiritual truth and sacrificial love. He gave up the playground to serve his big brother in an eternal way that would remind him to pray over him. He stood silent while being unjustly treated in order to pray for his attacker. During his explanation his big brother had wandered by and overheard the reason for the blue band around his wrist. As realization dawned on him I saw anger, hardness, and self indignation melt under unexplainable loving devotion. 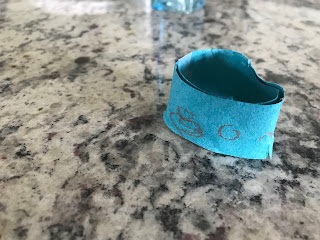 Harrison quickly pressed his fingers into his tearing eyes, taking a moment to process and gather the act of service bestowed on him by his brother. Then he gathered his little brother tightly in his arms, with all three of us crying, he asked for forgiveness and praised the man his brother had exemplified, asserting he wanted to be more like him.
My growing men really are friends that are closer than just regular brothers. I don't need to figure out a parenting calculation for growing strong sibling bonds, God does that. He does that in hearts that are rooted in Him and follow his leading. He does that in men that are His to mold and fashion after His heart. He does that in still small ways. He does that with construction paper bracelets.
Labels: Brothers Harrison Hide it in Your Heart Jefferson parenting