We just wrapped up our third season of basketball. 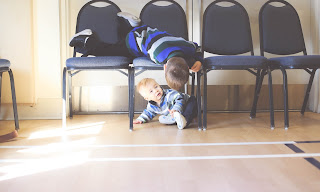 Every season has brought big changes. 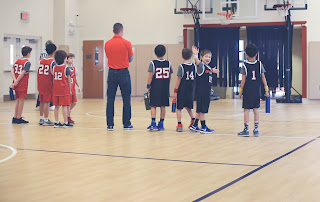 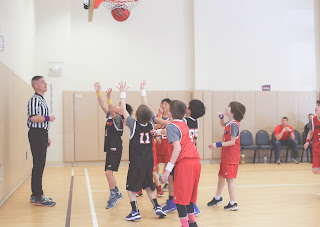 But perhaps the biggest changes have taken place in my little athletes and the siblings that support them. 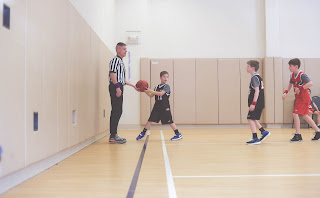 The commitment to practices and games is time consuming but I love the way all five of these little people come together in support of each other. 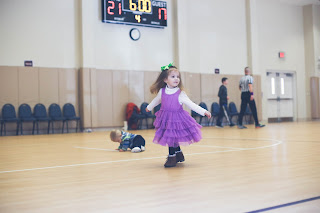 Sisters and baby brothers even offer their services to entertain at half time. 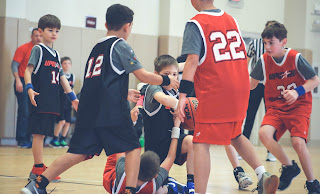 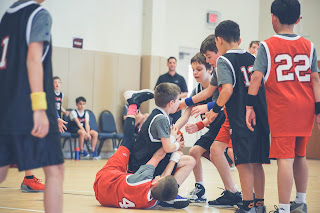 His passion and understanding for the game has taken off and he is a true king of defense. 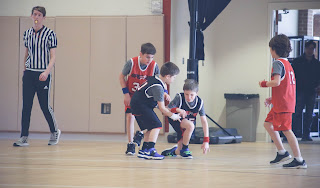 Harrison also blossomed in character and sportsmanship, helping up fallen teammates, congratulating good plays, and thanking the refs after every game. 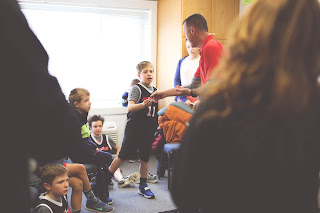 His heart was noticed by coaches, teammates, and his proud parents and siblings. 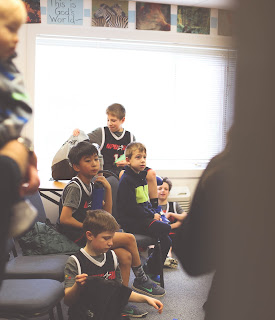 In fact, each brother and sister love rushing into the locker room after games to take place in the post-game briefing. 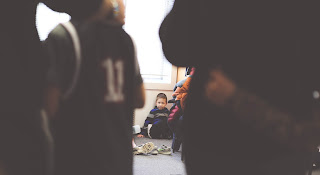 They eagerly waited to see which "star" their brothers would be awarded. 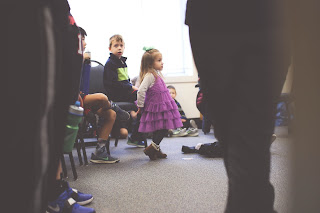 And then they would somehow manage to score some team snacks for themselves in the process. 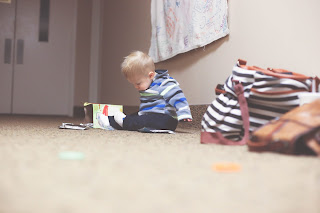 Due to Harrison and Jefferson's games being sometimes hours apart we would find ourselves with a lot of time to kill between them. 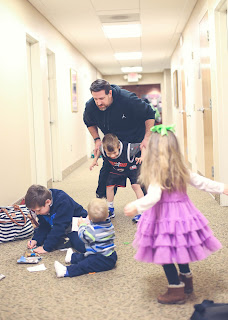 So we would camp out in the church hallway with picnic lunches, games, and impromptu practice sessions of "boxing out" with Dad. 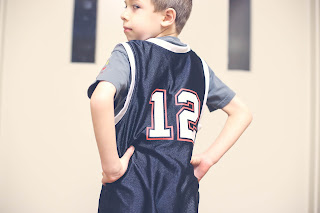 But perhaps the biggest changes and growing I saw over this basketball season were in this guy. 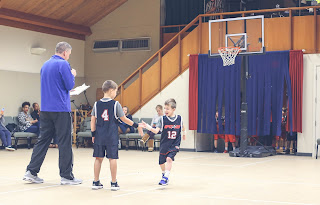 He started months ago at evaluations, timid, unsure, and wanting to back out last minute. 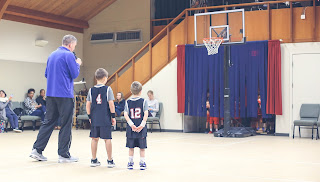 Then he said he would only play if he could be on Harrison's team. 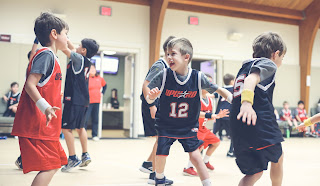 Then he went to his first practice and he walked onto that court a different kid than the wavering one just minutes before. 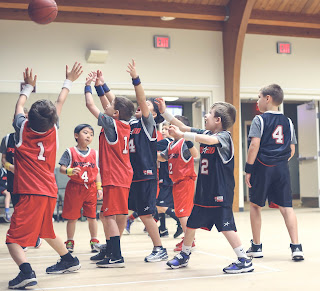 He carefully listened and learned from his coaches and applied himself completely and thoroughly. 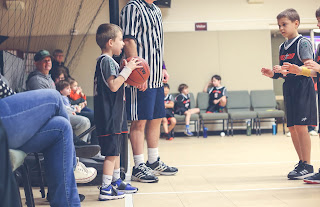 Once game time rolled around a few months later this kid had grown heads and shoulders in his confidence and skill and he took to the court like a pro. 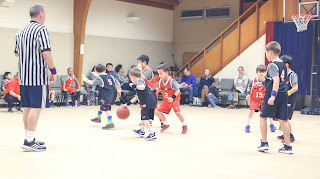 I saw no traces of that timid guy a few months back at all. 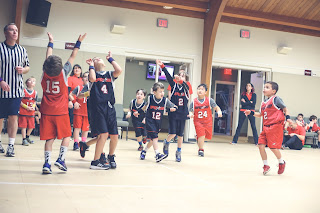 He was confident, willing, and playing basketball the way he had been learning at each practice. 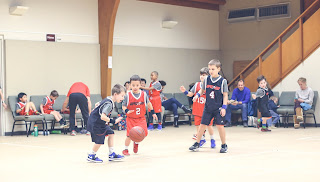 Jefferson, truly made my heart swell as I saw his character of overcoming and conquering fears, to enjoying himself and playing his heart out! 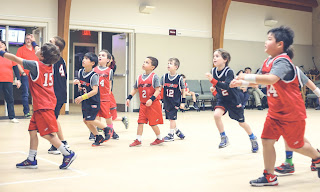 He even scored his first points and his infectious joy on the court was awarded with the Christlike award. 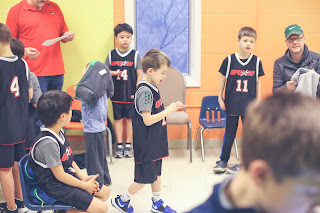 I completely respect these little men and the way they conduct themselves on and off the court. Sports might teach a lot in gross motor skills and athletics, but I've seen it grow Harrison and Jefferson in character and integrity, I've seen it grow their bond as brothers encouraging and empathizing with each other over a shared experience, and I've seen my love, respect, and pride swell over them and the way God is molding them into men after His heart.
Can't wait to see what next season will bring!