We jumped feet first into the world of sports last year when Harrison played his first season of basketball. 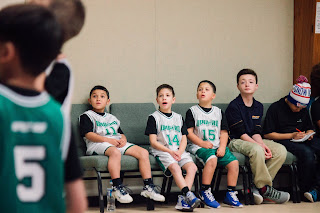 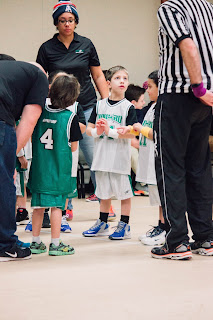 Harrison learned to remember his court shoes and water bottle, how to dribble left handed, and what it feels like to get elbow checked in the eye socket. 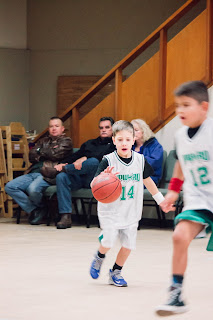 It was a growing experience for all of us. And we are nowhere near having learned it all as we're a few weeks into the second season of basketball. 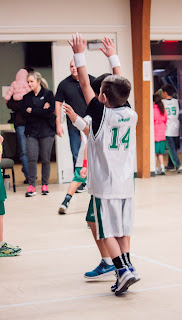 We still forget water bottles and granola bars. The baby that was nursing last year is attempting to run out on the court to join in this year. 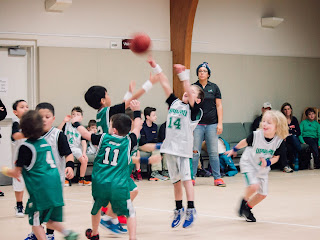 The big brothers who were easily entertained with goldfish crackers and an iPad now get bored after the first few practice drills. 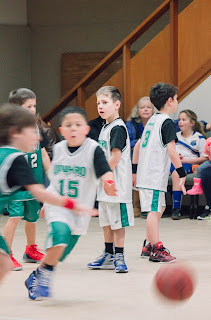 I can't tell you how many nights we arrive at the gym in a chaotic cloud of no naps, missing coats, leaky water bottles, and all serval minutes late. 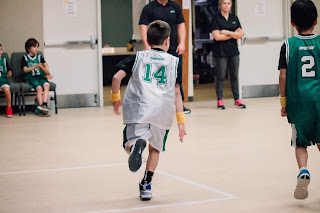 We've certainly left our impression but we're falling into a groove and learning even more this season and I'm watching my biggest boy grow leaps and bounds in skill and character on the court. 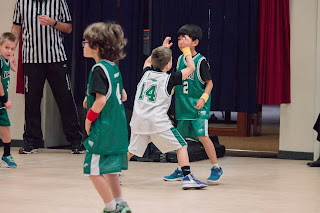 In just three weeks of games he has completely transformed as a player, noticed not only by his proud Mom and Dad, but coaches and refs alike that pull him aside to compliment the way he's handled various situations. 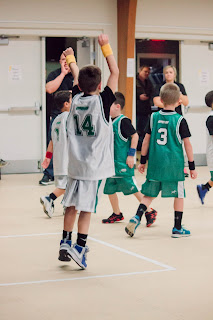 He's been awarded "sportsmanship" and "Christlike Character" bonus stars in addition to the regular weekly star awards due to his leadership and attitude during the game. 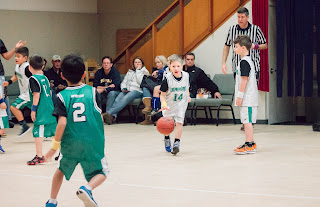 The guy is the most vocal encourager of teammates, helps opposing players back up after falls, congratulates and encourages players on the other team, thanks the refs and coaches, all the while making goals for himself to improve on with each game. 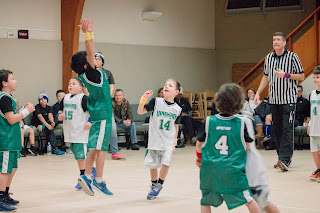 Every week after the game he asks what he did best and what he needs to work on and then thanks us all for coming and thanks his brothers and sister for being willing to take their day to sit and cheer him on.
We've got decades of sports ahead of us but I'm pretty proud of the way Harrison has already grown and matured in just his second season. Can't wait to see what the years ahead will bring on courts, fields, locker rooms, and sidelines for all of these awesome kids...and how many water bottles we forget and how many practices we're late to ;p.
Labels: Harrison Sports