I love my camera. I love my kids. I love using my camera on my kids, which is primarily how I use it. 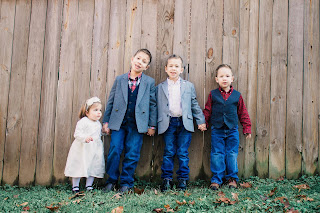 And for the most part I have compliant kids. Though it's not their preferred use of time. 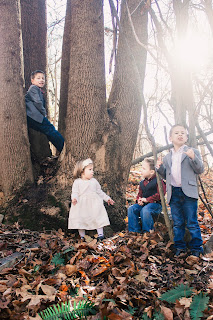 Let's face it, they'd rather be wrestling, chasing wild animals, or stick sword fighting, but at least they stand and smile until I give them the all clear. 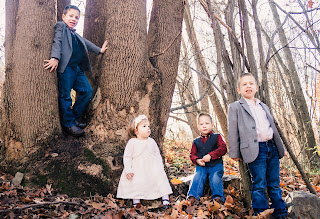 And believe me, I've learned the "all clear" needs to come sooner than later. They only last but so long. And the nicer the clothes, the shorter the time span. 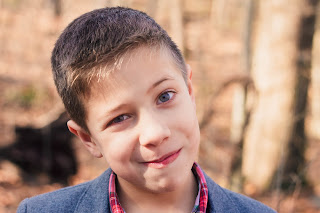 So armed with sweet tarts and my bag of lenses we marched off into the woods for our annual Christmas pictures. 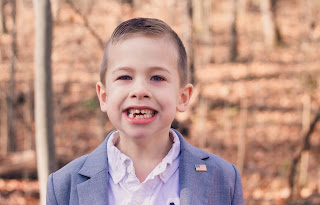 This year was freezing cold, I'll give them that. It also had torrentially rained the day before so we were literally standing in mud pits. 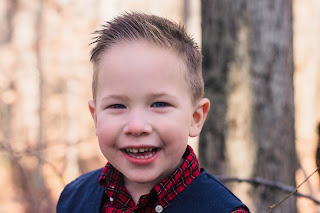 But the boys maintained stain free clothing for a whole ten minutes before two of them got into a good hearted scuffle and the other fell out of a tree. 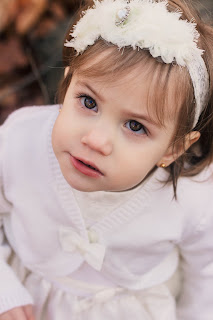 But the surprise of the day came in the form of this princess. I mean, I just assumed she'd pose as willingly as her big brothers, but oh no, it's not her royal highnesses' style. 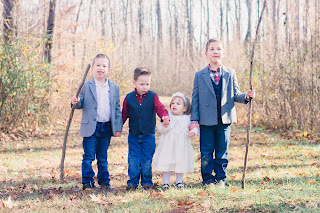 She filled the woods with musical screaming for the entire shoot. They only times she stopped the dramatic waterworks were if I tricked her into looking for a dog or a bird. Occasionally a mouth full of sweet tarts would buy a few seconds of frames. 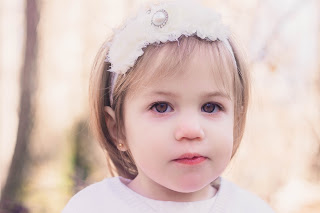 I'm sure anyone listening to the sounds from within the woods probably thought there was a severely wounded animal. But the torture session was quickly wrapped up as I practically ran my mud covered, stick wielding, screaming crew back inside away from nosy neighbors. 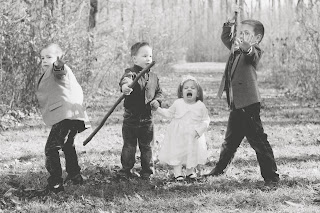 And don't worry, the princess's tears magically disappeared once the door closed behind us. She even crawled up beside me on the couch as I uploaded the pictures and cheerfully said, "Cheeeeeese!"
Labels: Harrison Holidays Jefferson Madison Photography Wilson