Why I Forced My Kid to Rock Climb

For his birthday, Harrison's Mimi and Poppa gifted him with a much anticipated rock wall climbing experience. 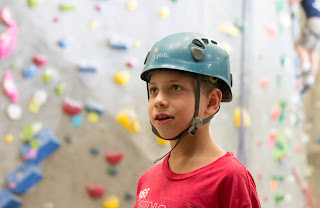 Due to hectic schedules we were just recently able to get him geared up and standing at the base of an indoor rock wall. 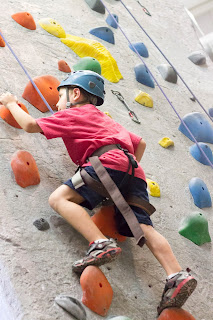 All of his previous gusto left him with one long wide-eyed study of the steep wall he was about to scale. 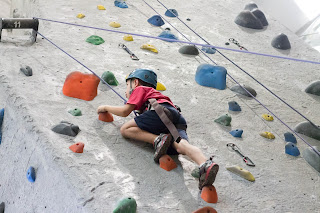 Before he was two feet off the ground he was ready to quit and go home. He wanted down, out of the harness, and to run for the hills. 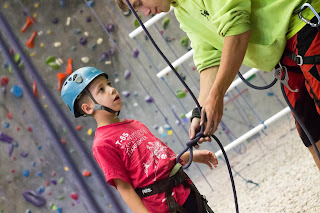 And I said, "No."
In fact I said, "you're not climbing down; keep going. Go all the way to the top. You are not quitting." 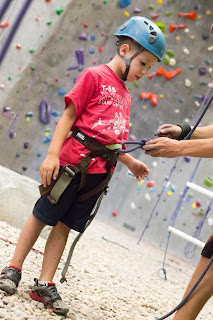 And he did. He scaled not one, not two, but three different walls, each higher and harder than the last. He wasn't ecstatic and still kept mentioning his plans to quit but I kept my mantra, "I'm not letting you quit, you've got this!" 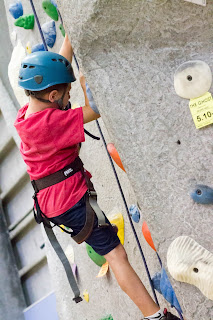 He left that gym with tired arms and shaky legs but his head held high. As the weeks have passed he loves looking as these pictures and now talks about his accomplishment very proudly. In fact some of his retelling accounts have completely left out his desire to quit and focused on what he achieved. 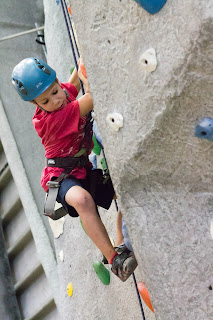 In this day and age of child-lead parenting, I'm sure I came off harsh and unloving as I forced my kid to cling to a rock wall against his will. But I knew long term what giving up would do in his head and heart. 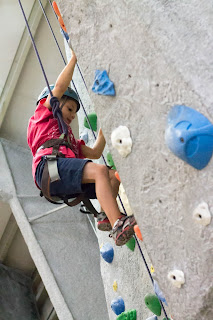 This world ahead is filled with rock walls to scale for my kids. They will daily be faced with challenges and a choice to quit. I'm not raising quitters. I'm raising men who finish what they start, who never get out when it gets tough, who have been through sweat and tears themselves so they can come alongside someone else in the throws of a hard climb. 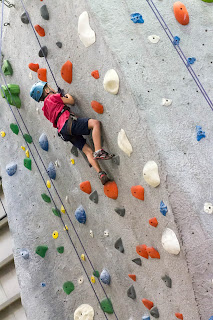 My kids aren't giving up when Satan throws his attacks, because he will. And they will have the foundation to keep fighting no matter how tired they are because they know giving up is never an option, especially because of their victory through Christ. 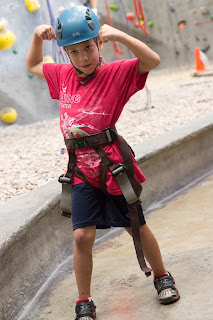 Maybe an afternoon at a rock wall climbing gym won't solidify that completely, but the foundation was laid. And because he finished what he started and completed the goal he can say he never quit... and that he'd much rather be tackling a wide receiver on the ten yard line. :)
Labels: Harrison parenting Sports